Tales from the Road: TV Trays and Harsh Realities

I don't know if we were supposed to be off school that day for Thanksgiving week or not. Maybe, but back then it seems that we had fewer school holidays than kids nowadays and I suspect under normal circumstances it would have been a school day.

But it wasn't normal circumstances, and instead of behaving nicely in school (Which we always did. Honest!) we were home; me (9), my brother (7) and my sister (5), driving Mom nuts.

It had been a strange weekend. Let out of school early on Friday by shaken teachers amid the kind of wild and impossible, but still frightening, rumors only kids can come up with. Dad was no fun all weekend but instead rather subdued and quiet (The kind of quiet that made us tread carefully.) Mom wasn't any better, and she was prone to bursts of weeping, which was annoying because that would set me off too, which wasn't doing my oldest brother, manly reputation any good at all!

And by Monday us kids were over it!

We just wanted things back to normal, and a normal day off school, whatever the reason for the reprieve, meant playing, and around our house, more often than not, playing meant outside, maybe messing around in the back yard but just as likely riding our bikes over the frosty hummocks in the apple orchard or going down to Hawk Lake to illicitly test out the state of the winter ice beginning to grow along the edges. (Technically Hawk Lake was the private domain of a neighboring subdivision and, as outsiders, we weren't supposed to recreate there, but just who in their right mind would expect a couple boys to stay away from the treasures of a lake?!)

But instead, by late morning we were corralled in the downstairs family room sitting restlessly on the green Naugahyde couches.

We had two of those couches so there was enough day-glow, synthetic leather real-estate to accommodate the whole family when it came time to watch Bonanza or The Wonderful World of Disney on the one and only TV in the house. A black&white TV that today would be considered not only grotesquely primitive but also ridiculously small-screened, but back then, like in most houses of the day, that box full of tubes and transformers and capacitors took up one whole corner of the room. (The fireplace, one of those red enameled Scandinavian upside-down funnel thingies, took up the adjacent corner.)

You see, despite our best efforts, we had been expertly hunted down, rounded up, herded in, plopped down and strongly encouraged to watch that TV, even though the only thing on all three of the only available channels was Kennedy's funeral. Not that it would have made any difference if our beloved Bowery Boys or, dare I dream it?, The Three Stooges, had been on one of them, since Mom was clearly in control of the knobs that day and the funeral it was. (Not that we were allowed to watch the Three Stooges anymore, not since Mom caught us imitating them by trying to poke each others eyes out. . .)

I'm sure there was more than enough whining and fidgeting and pouting to test a legion of mothers that day, but Mom had (Still has!) backbone and stuck to her guns, chasing us back to our seats after we'd snuck down onto the floor and were playing, with our backs to the TV in protest, with our plastic toy solders.

"You boys just sit up there and pay attention because if you don't you're going to regret it when you get older!!!" 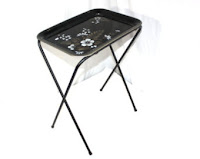 She tried to make it all a little more palatable by setting up a few of our wobbly metal TV trays and allowing us to eat our sandwiches and potato chips there in front of the TV.

Now you need to understand that in our house this was a big deal. We always ate at the table upstairs in the kitchen, never in front of the TV. But as soon as the PB&J was gone the trays reverted to noisy battlefields for our solders and I'm sure Mom was pretty exasperated with us before too long. (But I kind of think that's a kid's job anyway, right??) 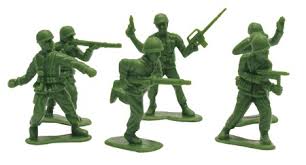 The funeral itself was excruciatingly long, even longer than it took for dad to cut my hair in the utility room while everyone else got to watch Petticoat Junction and My Three Sons out in the other room. (Up until that day I didn't think anything could take longer than Dad cutting my hair during prime-time!!) I don't remember if Mom was able to keep us corralled for the whole thing, but I do remember the news anchor talking about JFK Jr. saluting his dad's casket and that was after the Mass was over and they were heading for the cemetery, so we must have at least been watching for a good part of it.

And yes Mom, I do remember watching the funeral live, but I also have to admit that I'm not sure if I would regret it today if I hadn't. . .I mean who knows what I missed going on down there at the lake because of it!

Regardless, that's the story of how my Mom made sure we were part of the "untold millions" (That's a quote from an article in the Presidential Library.) that watched JFK, and with him some of our nation's hope, and on a more personal note, some of my blissful ignorance, be buried that day. 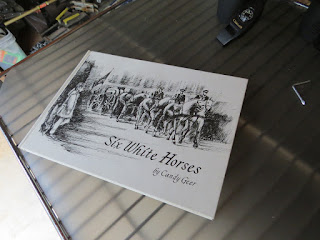 The following spring my Grandmother gave me this book for my birthday. 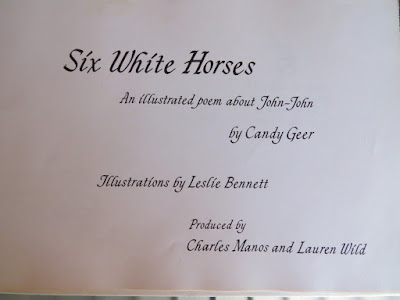 It started as a poem written late into that November night by a shaken tenth-grader from Grosse Pointe (Michigan) High School and, along with illustrations done by another student from Cass Technical High School of Detroit, was published in March of 1964. (It turned out to be so popular that it went into it's second printing within a  week and my copy is from that second printing.) 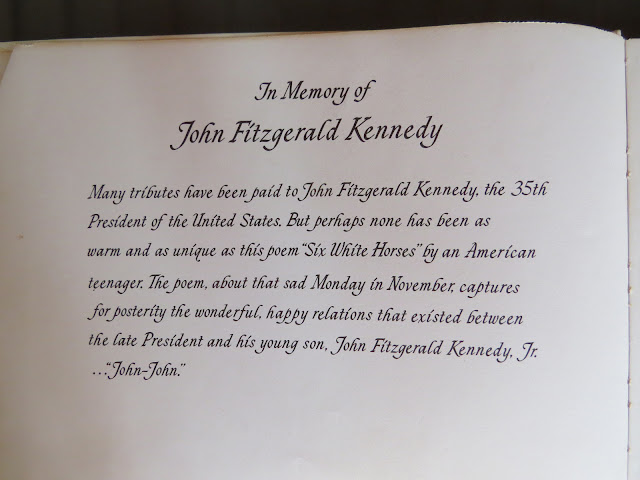 Now you might think this a strange gift to give a 10 year old, even for a grandmother, but I was already a voracious reader, carefully and diligently putting a lot of serious thought into selecting my two allotted 'extracurricular' books each week from the school library; and the whole country, me included as it turned out, was still raw from the events of that past November. 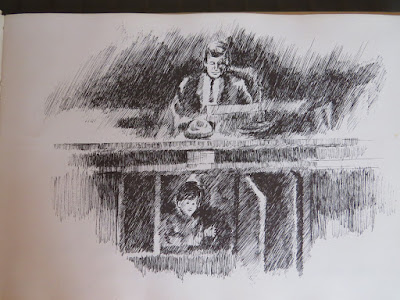 It wasn't that I really understood politics and international events at that age. After all I had breezed through the Cuban Missile Crisis with no thought at all for the potential consequences, not understanding until years later some of what my parents must have gone through during those terrifying two weeks, but after watching that funeral on TV I didn't have to wait years to understand that if John-John could have his father taken away from him like that, then the same thing could happen to me. That someday I might be the one standing there on the side of the road saluting as my dad was carried past by 6 white horses. (OK, so I didn't quite grasp all the details yet, but I got the concept. . .) 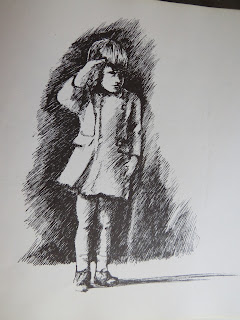 It was a rude and terrifying awakening, but that winter of 63-64 is when I began to realize that I wasn't the center of the universe. That there were things out there beyond me that mattered, and mattered a lot. And that some of those things, no matter how important, could be taken away at any moment.

The Deception of Perception


I recently attended a woodcarving class at The Orchid Tree Park and Gallery given by visiting artist Stone Akin.

To kick things off the first morning Stone asked each one of us to tell something of our background then describe ourselves as if he were blind.


With six of us in the class there was an 83.3% chance that someone else would be called on first; but that's not what happened. My 16.6% came through in spades (Probably should have bought a lottery ticket!) and I was first up. . .

Which didn't give me a whole lot of time to contemplate describing myself to a blind man, but it was enough to wonder which description I should give. The one the mirror (mis)represents or the perception I have of myself from here on the inside looking out?

Oh I know from the occasional unavoidable glimpse of cruel reflection just how the world really perceives me. Wrinkled enough to be an antique, old enough to be a fuddy, worn enough to be a duddy, and just when the hell did I get so round all over?!!

But that's not the real me!! You see, depending on the day, the real me is somewhere between 17 and, oh, say 35. My shoulders are broad and square, my eyes piercing and captivating, I'm cut and chiseled and am packin' a six-pack. (OK, OK, so it's more like a four-pack of those little miniature wines, but I'm packin' dammit!) I can sling half my weight from ground to shoulder without danger of busting a gut or my back sounding like a collapsing beer can. I can stop and enjoy a turn of leg without coming across as creepy or lecherous and my equipment works just fine without any help from the blue.

In short, all the men want to be me and all the women want to be with me. . . But you'll have to excuse me for a few minutes ladies. I just picked up a sack of deer corn and I think my left testicle has rolled under the bandsaw. . .