Memories From The Road: The Witch in My Windshield


Back in October of 1977 I had just bought my brand-new canary-yellow Honda CVCC. Days later, at the checkout of some forgotten store, on a whim (I used to be a fun, whimsical guy. I wonder what happened to him. . .) I picked up a 99 cent Halloween toy, 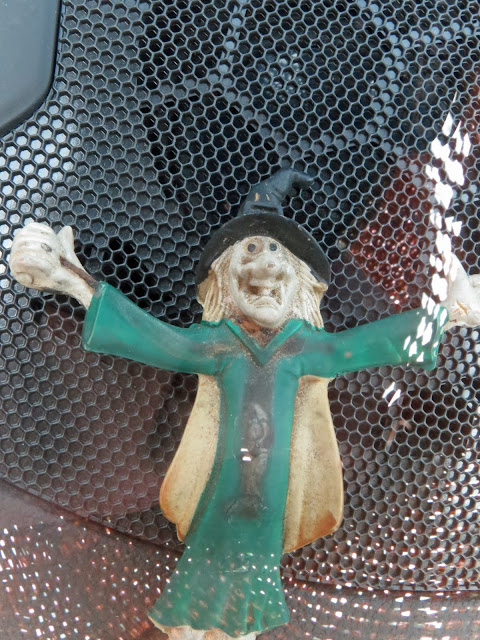 a gumby-like witch, and hung her from the rear view mirror, turned so she could look down the road in front of us. (Back then rear-view mirrors were stuck to the windshield with a thin metal arm you could hang things from, and back then she had a broom in her right hand that hooked over that metal arm just fine.)

I couldn't bring myself to take her down when Halloween was over because - well who knows - maybe she was looking out for me while dangling there staring down the road with those unblinking eyes. 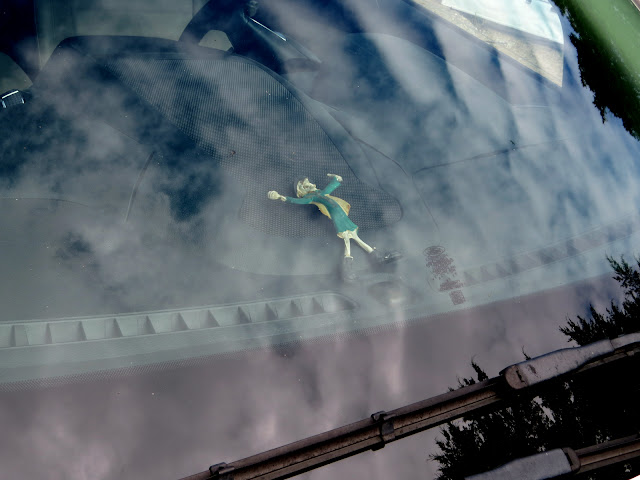 It wasn't long before the sun destroyed the thin plastic of the broom-handle and it broke off, eliminating her 'hanging point', and I had to prop her on the mirror by making her straddle the arm instead.

When the Honda went to Honda heaven some 200,000 miles later the witch came with me to the new vehicle and she has been doing so ever since, though somewhere along the line she migrated over to The Wife's vehicles.

Nowadays rear-view mirrors have all these fancy gadgets and sensors on them and the wires and such necessary to drive all these fancy gadgets we never knew we needed but apparently can't live without have made the thin metal arm a relic of the past, so, no mater how loose her morals, straddling is no longer an option. Now she's been riding on the dashboard of the last several vehicles instead.


Somewhat faded, a little worse for wear, and a lot grimier, she is still racking up the miles with that same wide-eyed grimace! 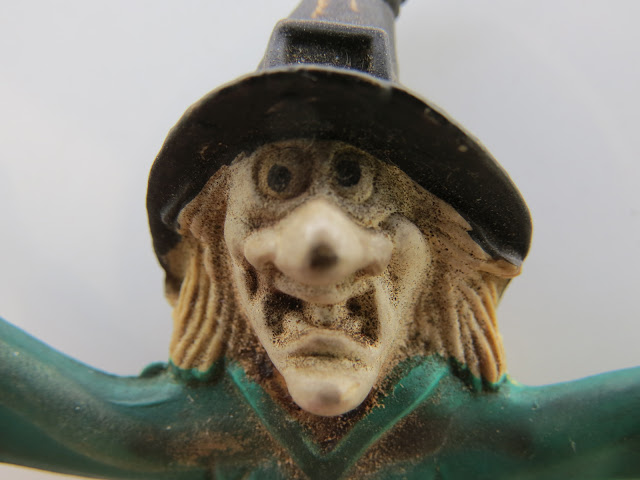 The face only a mother, or a once-fun-and-whimsical-guy, could love!

Recently Central Texas experienced a 50-year rain event, but because the previous weeks were also unusually rainy the ground was already saturated which resulted in a 100-year flood event. (Bad times for a lot of people but tough to feel too sorry for those that chose to build or purchase million dollar places perched right on the shores of Lake Travis only feet above minor flood stage. . .) 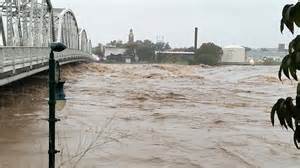 The silt in the flood waters has overwhelmed Austin's water-treatment system, which draws from Lake Travis, the lowest reservoir lake in a chain of lakes along the Colorado River, and the entire city was put on a boil-notice at 0300 Monday morning.

We are perched high above any threat of flood and are way beyond the water system of anybody, let alone Austin, but watching people (on the news) struggling with boiling water or tracking down almost non-existent supplies of bottled water,  potentially for another week to come (the remnants of Hurricane Willa are hitting the area today. If the worst of the rain is to the east of I-35 no big deal, if west of I-35 then additional flooding, and silt, is expected) simply reinforces my belief that every household should have, among a few other "preparedness tools", a gravity feed water purifier on hand. (can't always count on electricity in bad times)

Not a water filter like under your sink which is useless against pathogens, but a full-blown water purifier.

In our case it's a modest-sized Berkey with two of the black purification elements in it.

Pour questionable water in the top and draw purified water out of the bottom. Yep, that's all. No pots, no hot burners, no timers, no cooling down, no decanting into containers, just purified water with the flick of a thumb-lever.

Our setup is not fancy, the unit sits out in the barn on a handy shelf near the refrigerator, but it is simple and functional and I use it for all of my drinking water. (The Wife is a little more selective than I am and insists on "real" bottled water if available.) And since water is all I drink, during the summer that can easily run to a couple gallons a day.

It takes several hours, sometimes as many as 12 if I haven't cleaned the filters for a while (in this case a while is usually the better part of a year)  for a gallon of water to work down through the purifiers so I keep an eye on the sight-glass and as soon as it gets down to where the lower tank can take an additional gallon, I dump a jug into the top tank. 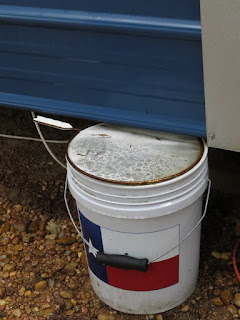 In my case I'm using rainwater collected, rather crudely, in a bucket tucked under a drippy corner of one of our buildings. (I thought it was rather high-tech when The Wife suggested that I set a splatter-guard over the top of the bucket to filter

out the worst of the leaves and stuff!)

I know I could do better, but that would take money and time and this works so why waste resources?! 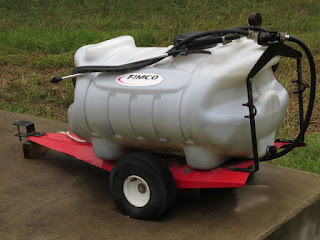 The bucket is dumped into a 35 gallon tank The Wife used to tow behind the lawn-mower as mobile watering-can back when we had a house on an acre of land in town. (sold the house, kept the tank) 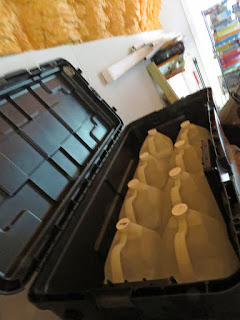 From there I decant water into heavy-duty one-gallon jugs (One gallon is light enough for even this old man to lift up and pour into the Berkey) through a course cloth filter to catch the worst of any algae that might be growing in the tank. The jugs are stored in a dark box until needed which cuts down on any re-growth of algae which can really slow the purification process down.

Once a year or so, when the purification process has slowed to the point of being painful, I remove the black elements from the tank and give them a light scrubbing with a clean green ScotchBright.

The elements aren't cheap but they are rated for up to 3000 gallons each so, in my case, will last for over a decade at an average of one gallon per day. I have about 5 years on them at this point, years during which I have been drinking this water without a single incident of gastro-distress.

It wasn't all that long ago that I wrote a post about the strange place I think thought of as my Michigan home. A place I've never actually lived at but is was still as much home as the house I grew up in. 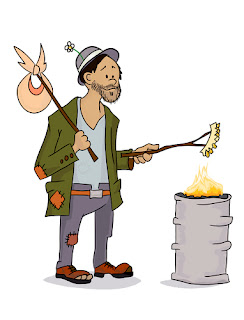 Now, only months later, Mom has sold that condo and moved herself into an apartment in a nearby independent living facility, leaving me homeless in Michigan. (Sure, my brother and sisters have all offered their driveways -- maybe even willingly -- but that's just not the same. . .)

No longer up for the travel she has been using to break up the long winter months, last winter's icy roads and bitter temperatures left her isolated and lonely in her beloved condo on the lake. That, along with anticipating the day she will give up driving altogether, (us kids are sooo blessed that she is a practical, forward-thinking woman that takes responsibility for herself ) prompted her to make the change.

Now she lives in her own one-bedroom apartment in a place that checks in the mornings to see if she needs anything, (there's a little gizmo on her door that lets security know if it has been opened by 11 AM or so, if not they give her a call.) has beautifully landscaped grounds to stroll, runs an extensive shuttle schedule to local shopping, activities, and churches, and has several activity rooms for games and socializing. (As this is in the area where she has lived since her early 20's, quite a few of her long-time friends live there too)

All the buildings are connected with raised, protected walkways that keep her out of bad weather (if you are familiar with Calgary, think Plus-15) which is good because this place is big, like a dozen 5-story buildings big.

For dinner, which comes with the deal, she has her choice of 4 different sit-down restaurants on the grounds, each with their own chef and menus diverse enough to keep any foodie happy, and, based on Mom-reviews, the food definitely passes muster. For other meals she has a full kitchen in her apartment or there is also a cafeteria style eatery serving a variety of soups, salads, and sandwiches at an unbelievably low price.

It was clearly the right move for her to make. Now that the stress of redistributing or shedding a lifetime's worth of collected stuff is over and the sale of the condo is complete and behind her, she is relaxed and happy and looking forward to a safe, comfortable and active winter, but still. . .

That familiar spot in the driveway next to the condo is now off limits  to The Van. Those concrete steps up to the front door are no longer mine to trod. Never again will I push that door open in the morning to the sounds of Mom getting breakfast ready, or go downstairs to work a puzzle on the big game-table.


And that kind-a sucks!

Ahh The Stupidity, And The Intrusion 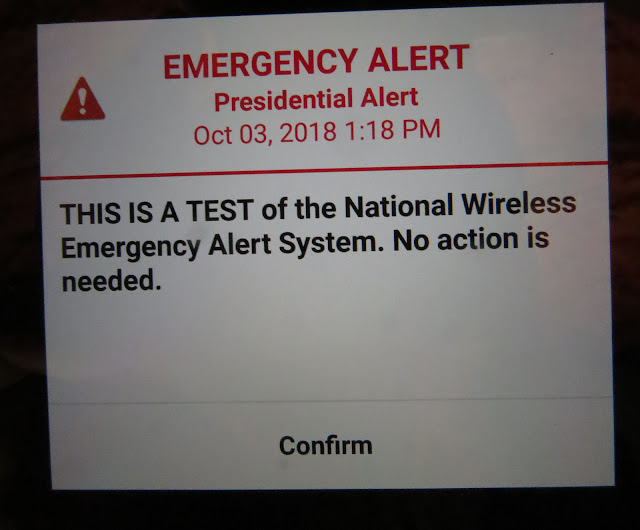 I have no idea what idiot wrote the text that went along with this "presidential alert", (Frankly I'm not inclined to trust a president that is obviously more concerned about men being called out on their bad behavior than he is in giving credence to the women that have been impacted by that behavior, to be determining what is and isn't worthy of an emergency notification for me.)  but I do know, this being a governmental project, that several additional people, all government or at least government-adjacent, had to review and sign off on it weeks ago.

Then yesterday (Even though it was in my pocket at the time I don't allow my phone to make any noises and didn't check it until about an hour ago) the message was reviewed and confirmed one more time before being signed off on and sent. (Recent events have proven that sending the wrong message, however well intentioned, can be embarrassing!)

So, given all the checks and reviews, how the hell then did the clowns, who just confiscated our personal property, albeit temporarily, with no probable cause, manage to send a message telling us that we didn't need to take any further action when clearly we did?!

I tried rebooting but nope, that message popped right back up, the lie starring me in the face and preventing me from using my own property.

But I sure as hell didn't trust that "no action required" CONFIRM button. For all I know it could be like the UNSUBSCRIBE button at the end of a spam e-mail that when pressed doesn't actually unsubscribe you at all, but rather announces to the sender that they have managed to hit an active account worthy of more spam.

I really didn't want to participate in potentially adding my phone into some government database as having received their intrusive finger-poke, but it appeared that taking the "non-action" route of pressing CONFIRM was the only way for a non-hacker type to regain ownership of his phone.

I did eventually press their damn button, but only after switching to airplane mode, which  presumably prevented it from sending any data out. It worked, which probably means that there is no such database at all, but, in keeping with my motto of 'trust no one', it could also just be an indication of piss-poor coding.