Tolerance Zone and a Brief Respite

During my week at Caprock Canyons in early May the temperatures stayed a consistent 10 to 15 degrees above the norm. In fact it turns out for most of Texas this was the hottest May since 1982. Luck of the draw!

This meant most afternoons reached up into the low 100’s and mornings, (with the exception of that first morning in the Walmart parking lot which got down to 63) only got down to the mid 70’s instead of the mid 60’s.

The Wife can’t imagine spending any more time than it takes to get from front door to car in high temperatures like that, but to be honest, I don’t find them to be all that bad. Granted, you won’t find me on the wrong end of a shovel on such afternoons, I save that stuff for the mornings, and when I do have to be out in the harsh Texas sun I’ll be wearing loose-fitting, light-weight, light-colored long pants, long sleeves and a full-brimmed hat (There’s a reason Bedouins don’t run around bare headed, bare-chested, and in shorts people!!) but at 100 degrees, I don’t find being tucked into the shade with a good book all that uncomfortable.

Regardless of the season, when home I spend most of my day either outside, or in the unheated, un-air-conditioned barn. As I type this, the day after Memorial Day, I’m standing out in the barn where the thermometer next to me says it’s a balmy 96 degrees. And during the winter you can often find me out here working a puzzle at the workbench with cold stiffened fingers.

(OK, truth is, at 50% humidity that 96 degrees here in the barn is more sticky than balmy, unlike the 12% humidity of Caprock which meant even the highest temperatures were just high and not oppressive. If anyone tries to tell you that there's no difference between humid or dry heat it's because they haven't seriously sampled both.)

I believe that this sort of acclimation (Use it or loose it!) is what keeps my tolerance zone, and with it my comfort zone, wide enough to get through the seasonal year without being miserable. It’s what allows me, with proper dress, to be happy hiking at sub-freezing temperatures as well as temps up into the 90’s. It’s why, if I do fire up the Mr. Heater in The Van of a crisp morning, by the time it gets up to 55 in there I’ve had enough. (If I get too warm inside then it will be really cold when I go outside!) It’s why I’m, if not comfortable, at least content to while away the afternoon in The Van with the windows and doors open reading a book in 100 degree temps.

But none of this is unique. My grandparents lived with the seasons, particularly the heat, out of necessity, and they thrived. I can’t help but think that our addiction to central-heat and air-conditioning is weakening the people of the developed world somewhat.

The evening after my Haynes Ridge hike the daytime heating, which builds tall columns of air that cool as they rise, interacted with the dry-line, a weather maker we have here that sort of acts like a front but is the boundary between arid air in the west and more humid air in the east creating a mixing action which causes yet another disturbance in the atmosphere. Today all of this happened right over top of Caprock Canyons. 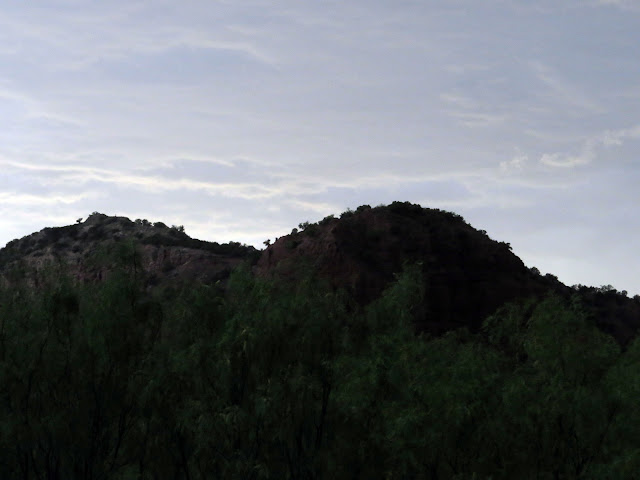 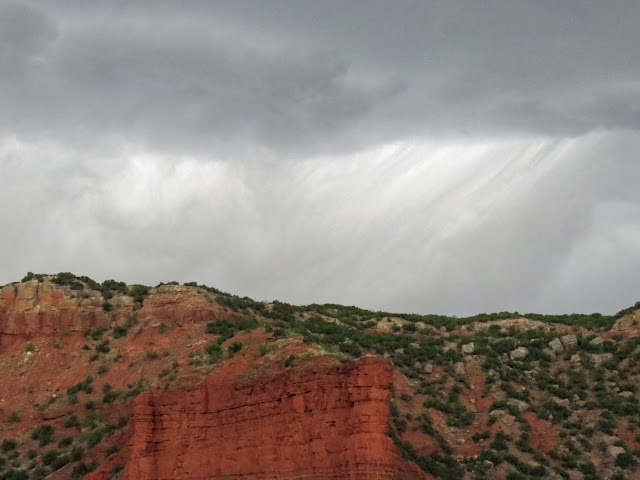 and even pushed some of the altitude-cooled air right down to the canyon floor, 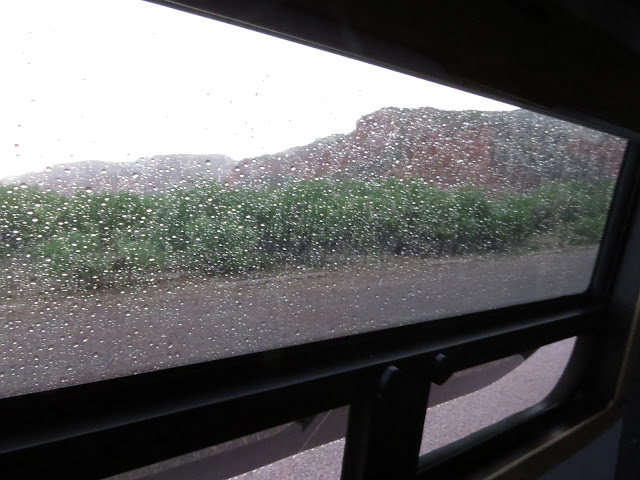 briefly giving us the added bonus of a touch of rain, not much but enough for a taste, 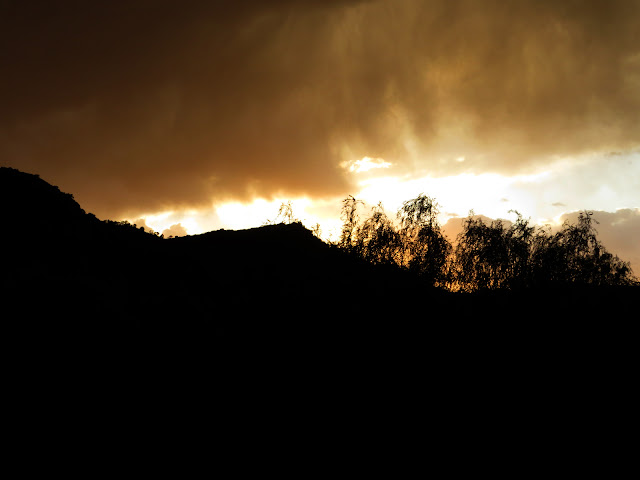 before things settled down again as day turned to twilight.

I can’t begin to describe how delightful those chilled, 85 degree blasts of air driven to the ground by the disturbance were. How refreshing it was to stand with face to them, arms outstretched and let them wash over me.

A precious gift from Mother Earth.