It's a fairly safe bet to assume most everybody knows who Dow Chemical is. 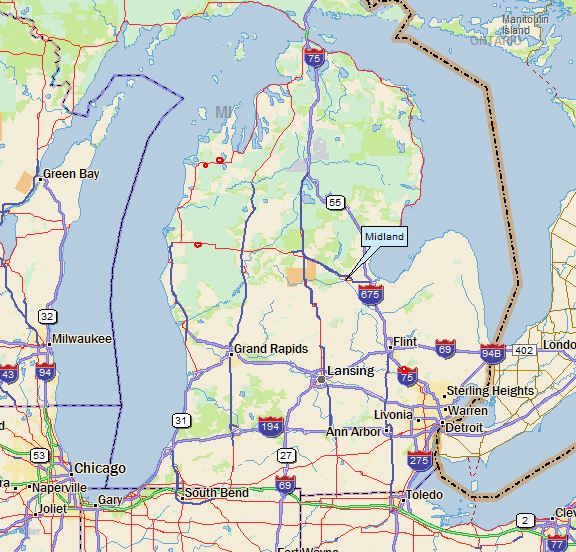 What may not be so widely known is that Dow Chem's international headquarters is in Midland Michigan, a town of less than 50,000 in what some in the international community, or pretty much anybody else for that matter, might consider an out of the way place.

That's because, despite what you might think of Dow Chem and its impact on our world, good and bad, it is a family oriented business founded right there in Midland just before the turn of the 20th century by chemist Herbert Henry Dow and there it remains. Dow got it's start when Herbert used his expertise to extract bromine from the briny waters way down deep under Midland and used that to pretty much capture the market for bleach and potassium bromide.

In addition to being a shrewd, out-of-the-box business man (When Germany attempted to prevent Dow's expansion into European markets in 1905 by dumping bromides into the US market at ridiculously low prices, Herbert bought up all he could get his hands on and dumped it right back into the European markets at a price that crippled European manufactures, but still brought Dow a profit!) and a chemist, Herbert was also an avid botanist. 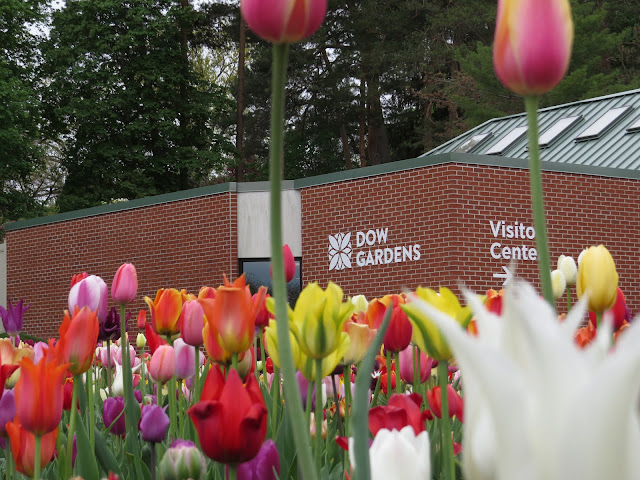 And that's where the jarring juxtaposition really comes in, because Herbert's passion resulted in Dow Gardens, a 110 acre botanical garden almost within sight of the original bromide extraction plant. 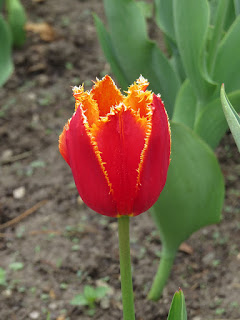 Mid May turned out to be a great time to visit the gardens this year. Normally that's a little late for tulips, but there are an amazing variety of "late" tulips out there and the gardens is not shy about using them to make a statement. 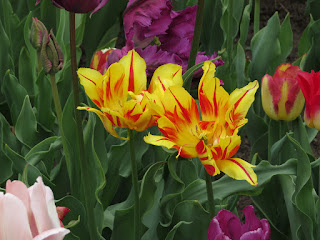 But the garden certainly doesn't limit itself to flowers. 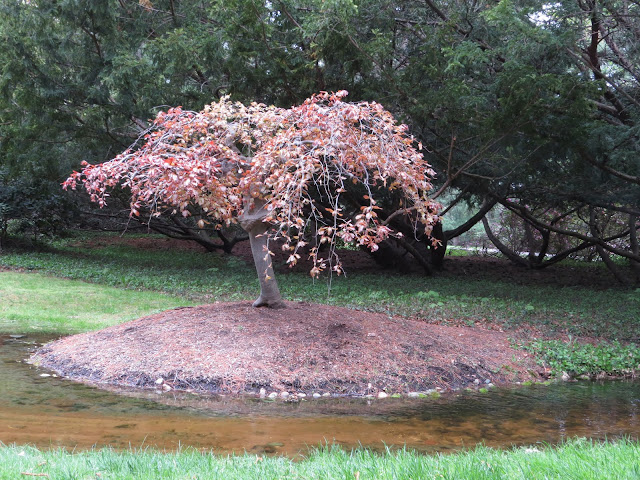 The grounds also support a wide variety of trees 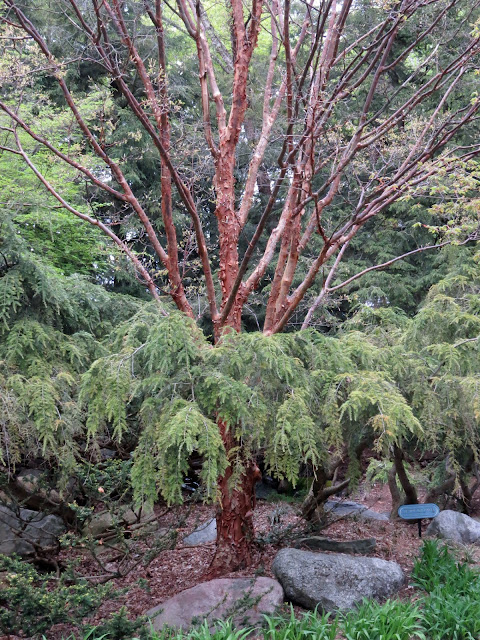 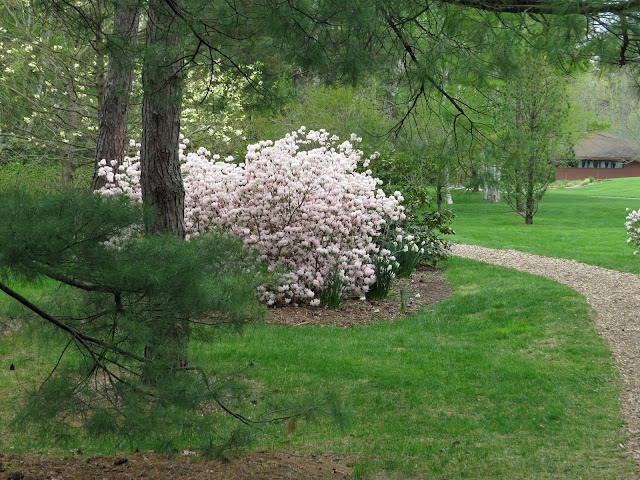 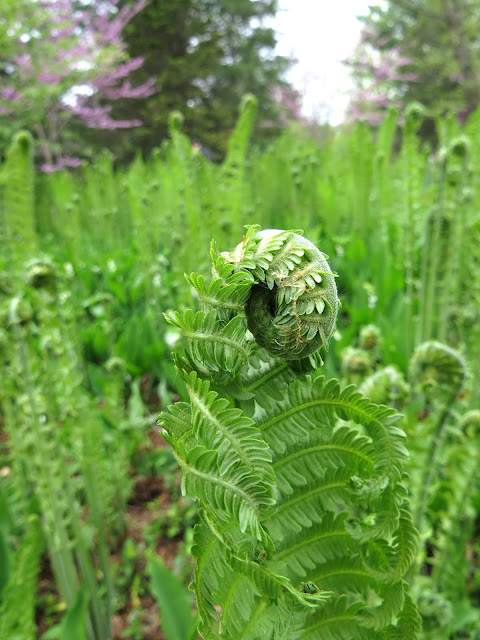 and even the most ancient of plants are represented here. (Did you know that the fern was the first appearance of a circulatory system in any living entity on land, but that like the even more ancient  mosses their reproduction alternates between haploid [a single complete chromosome copy, like cloning] and diploid [two incomplete copies that must come together like sperm and egg] with the haploid generation reproducing via diploid and the diploid via haploid - - - Sorry, I've been taking a botany course.) 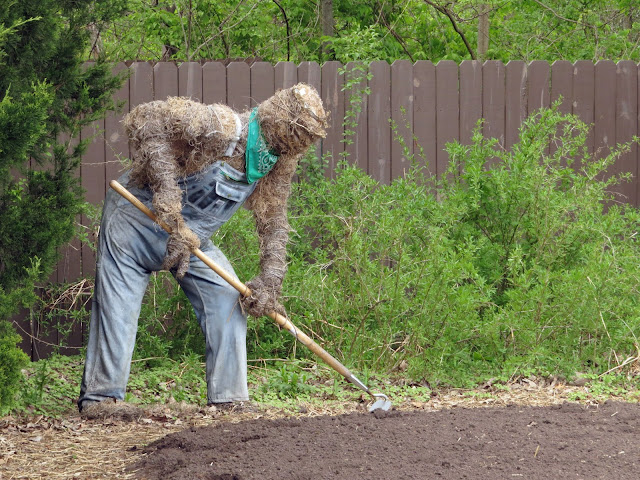 In addition to an elaborate play area, hands-on gardens, and picnic pavilion, the children's garden is also peppered with sculptures 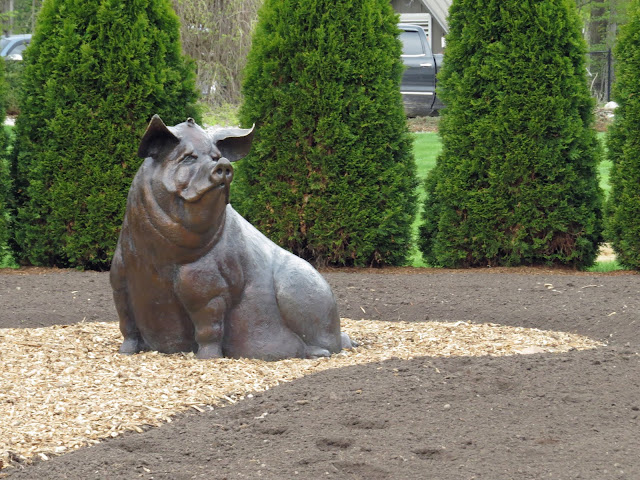 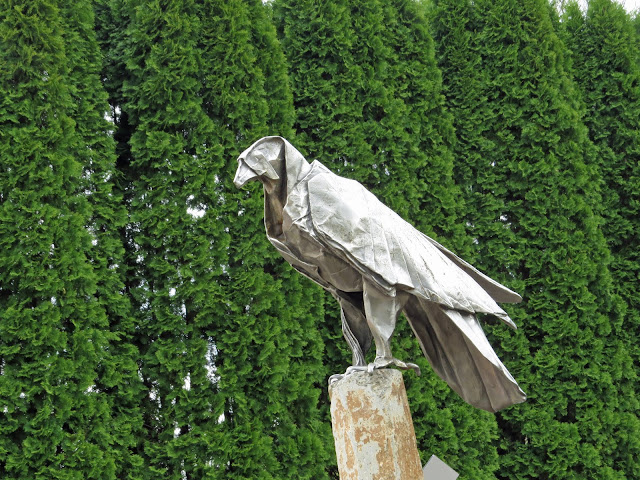 to the slightly creepy. 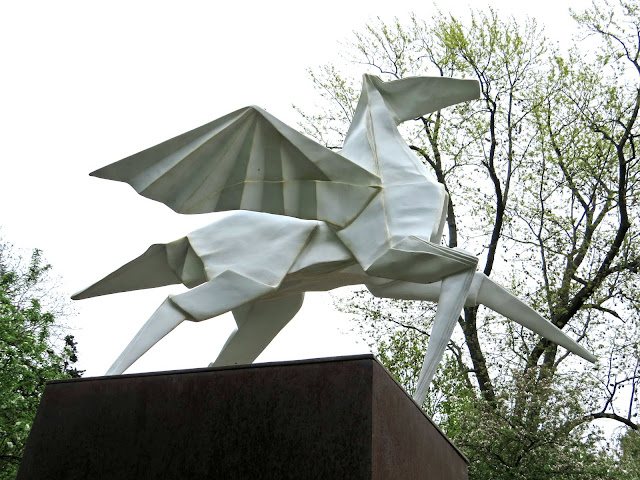 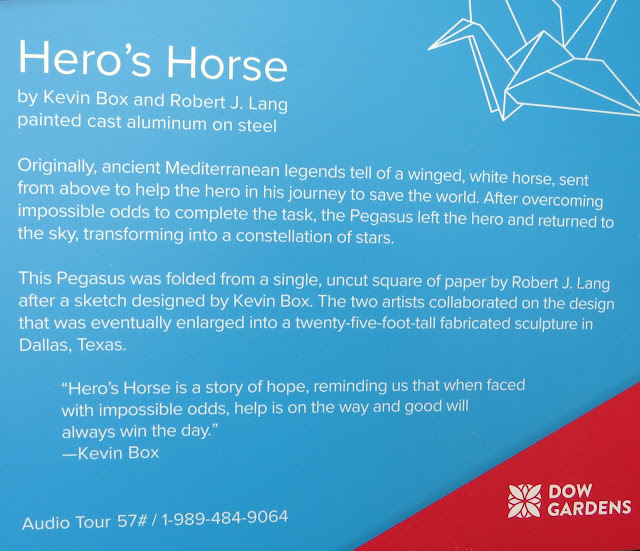 And this summer the garden is hosting Origami In The Garden 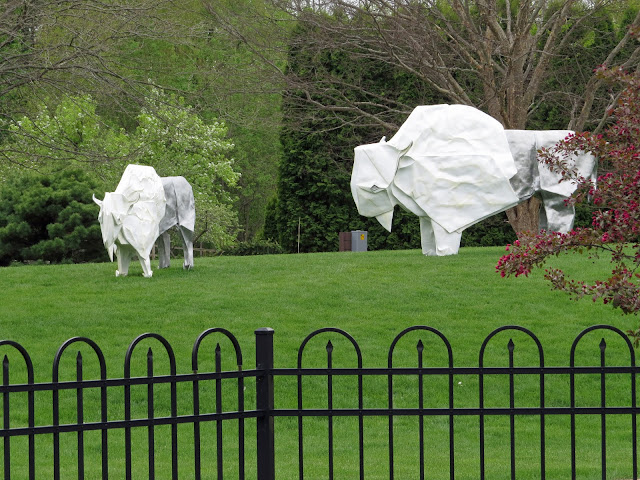 which features a couple dozen or so origami-based sculptures scattered throughout the grounds. 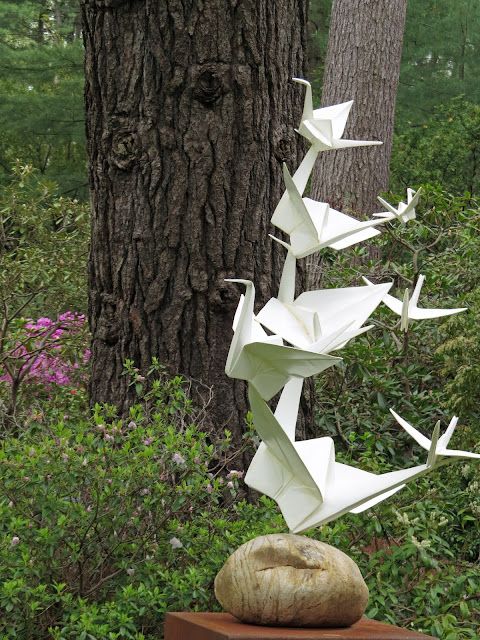 Of course I took a few hundred photos during the afternoon I spent there with Mom and my sisters, but I'll spare you that "experience" and stop with the photos here.

But if you should, by some chance, find yourself in mid-Michigan with a morning to spare, not a bad place to check out.