When The Van sits beside the barn for too long a couple of things happen. 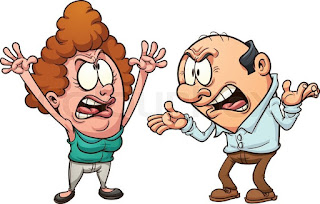 First, I start getting - well - grumbly (Yeah, let's call it grumbly and not a horse's ass - - -) because let's face it, doing work-out laps around the same couple of miles on the property just isn't the same as getting out there on a real trail.

And second, The Wife starts getting antsy - OK, not antsy so much as fed up with me being around under her feet day after day.

We both need our breaks, but the winter storm of February got in the way, forcing me to cancel a scheduled trip in favor of digging out, restocking the homestead, and getting it ready for the next one. 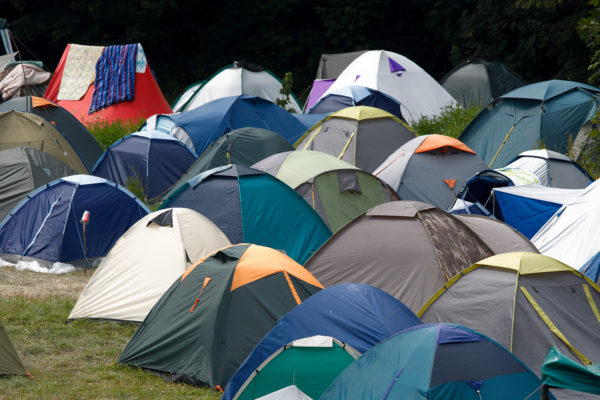 In these corona-times spontaneity and snagging a campsite just don't go together, so when I canceled that one trip there was nothing to do but wait ( and wait, and wait ) for the next one, already scheduled and reserved for March.

Oh, we played it casual when the day finally arrived, taking the time for a civilized breakfast together before I hit the road, but once the civilities were done I shot out the door with a big shit-eating grin on my face so fast that The Wife whiffed the boot she had aimed at my ass! 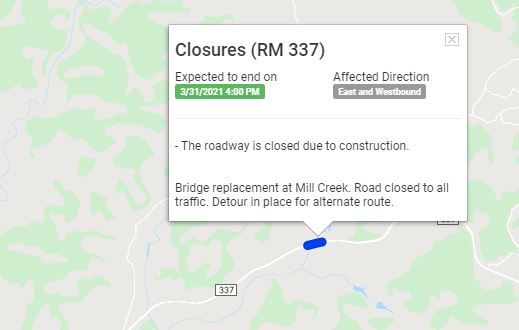 Relief at finally being behind the wheel of The Van was slow in coming as I fought the reality of the Sunday rush of returning spring-breakers, but eventually I made it to the far side of the intervening city and most of them were finally going the other way.

It was pure luck that I chose to deviate from my usual route to Lost Maples State Park this trip. I didn't realize, until I passed the intersection where I would have normally come out and saw the big sign blocking the road, that a bridge was completely out on my usual route. And out here where hamlets are sparse, sprawling ranches dominate, and roads are few and far between, detours take the better part of an hour.

All I had to do was check drivetexas.org before I left, but in the excitement of getting on the road (Check back a few paragraphs where I shot out the door just barely ahead of a swinging boot.) I rarely do. 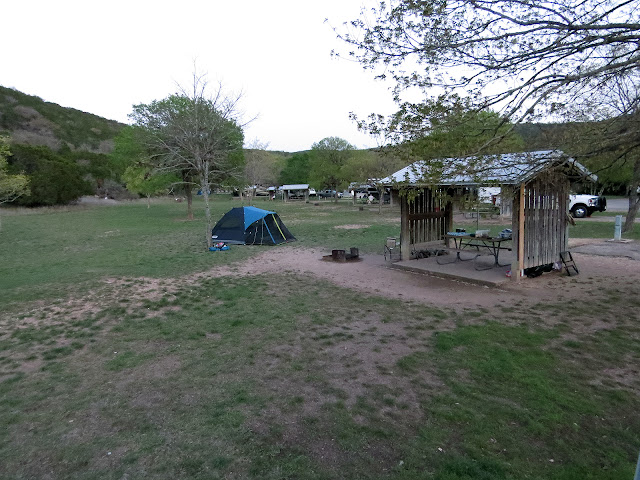 As far as campsites go here at Lost Maples (Unless you are backpacking into one of the primitive sites the only option is one of the thirty water/electric sites) it's better than commercial campgrounds but not as nice as some of the other state parks. 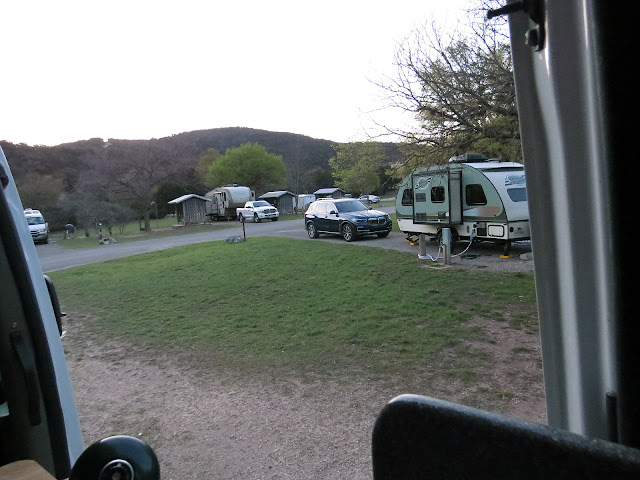 While the campsites are reasonably sized here, they are lined up side-by-side with no buffers between them. 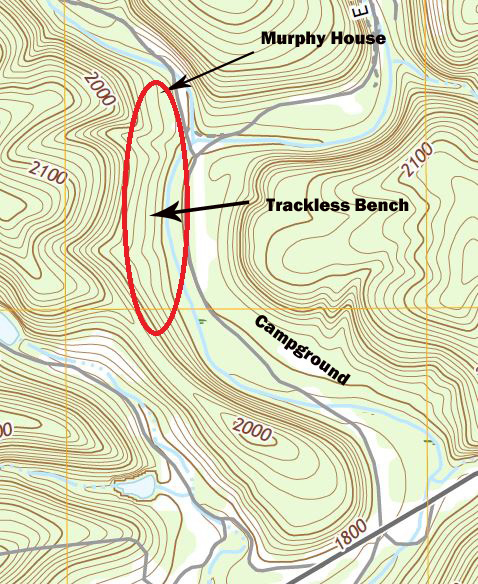 But I'm not here to hang around the campground!

Even though afternoon would soon be transitioning to early evening by the time I got parked in my assigned site (I know some people are just hitting their stride around this time of day but I'm definitely a morning person and starting anything after 1600 just doesn't feel natural.) I grabbed my pack and hiking-sticks and left The Van behind to cool off on her own. 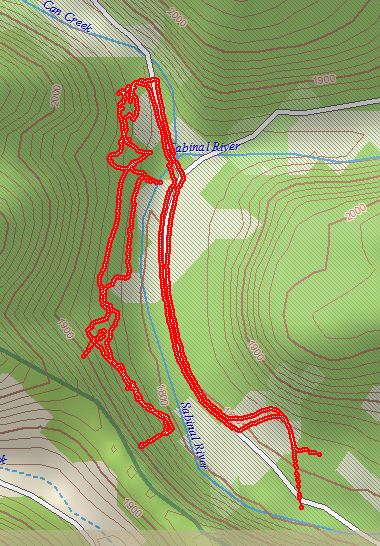 I thought maybe I could get some late-sun, maybe even sunset if I felt ambitious and dinner wasn't beckoning too loudly, photos of the Murphy House, and while I was waiting on that perhaps check out the trail-less bench that sits south of the Murphy House on the far side of the Sabinal River. 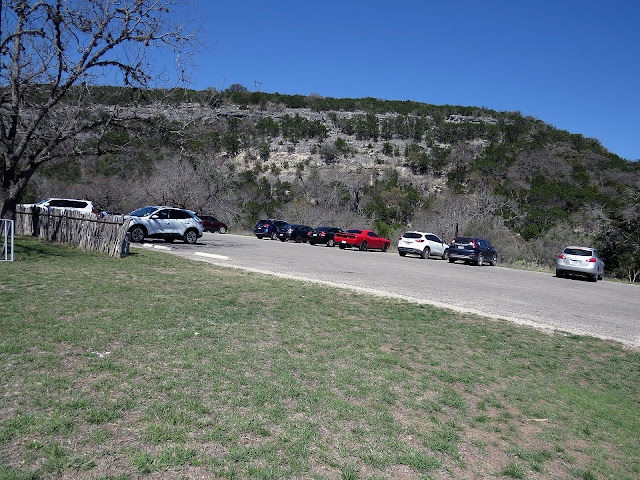 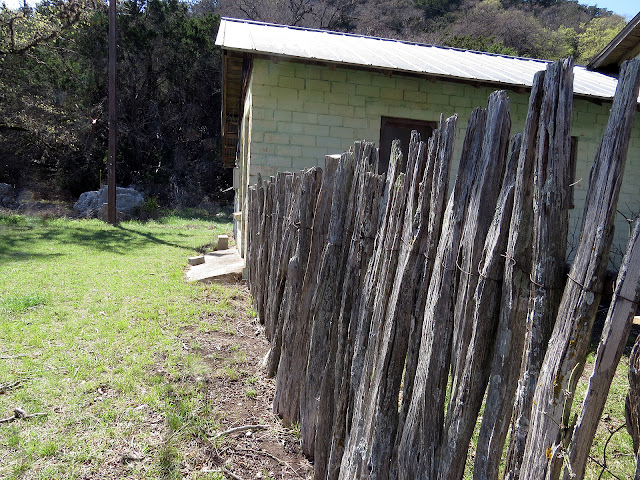 And, despite some early promise

clouds quickly filled in so there were to be no award-winning sunset-over-the-Murphy-House photos today, 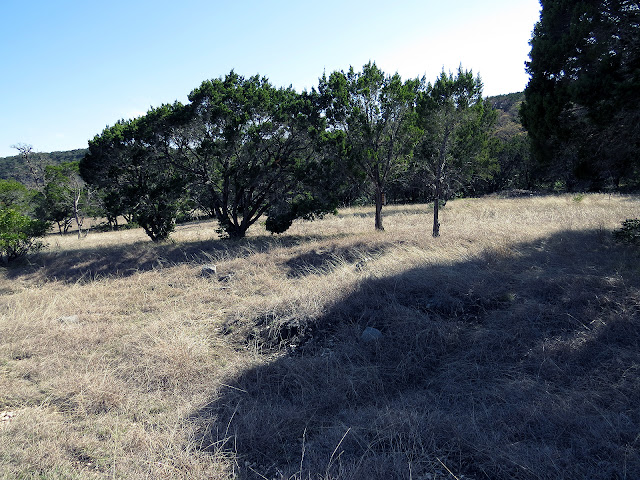 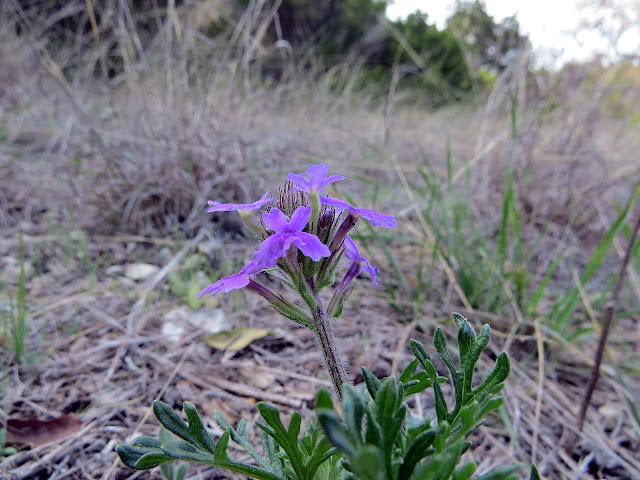 all to myself and I took full advantage of it as I felt marital bliss, at least I think that's what it was, seeping back into my soul. 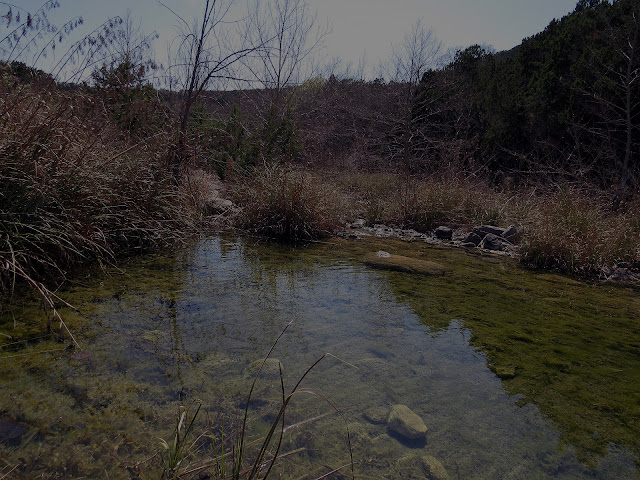 But eventually, with my chance at world-renowned sunset photography still eluding my grasp, it was time to head back across the river to The Van, settle into the fuzzy comfort of an efficient routine evolved over thousands of nights ensconced in her familiar innards, and make my first dinner of the trip.
Posted by greg at 8:27 AM