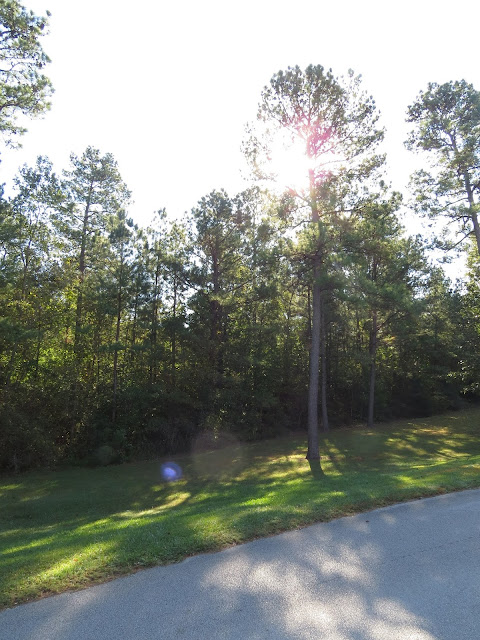 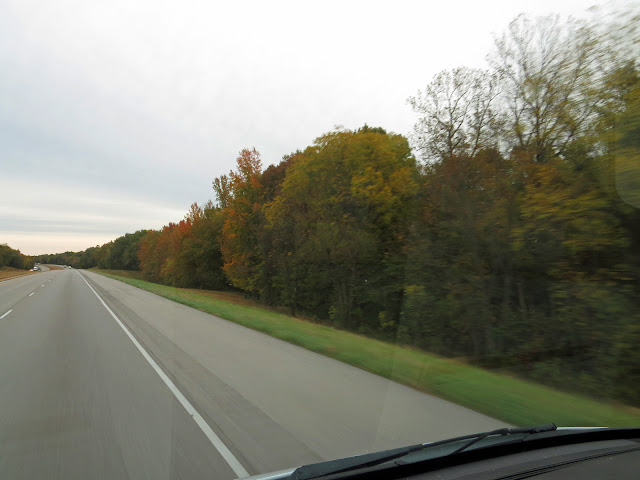 As I climbed that long climb up the Earth’s curvature, checking off increasingly higher latitudes one degree at a time as I went, I began to see just a hint of fall color starting show. Although that might have just been me stretching my imagination towards a childhood lived in high latitudes. 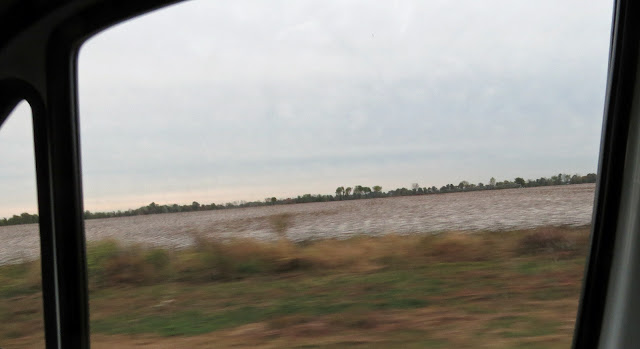 After the better part of a day on the road at 65 miles per hour the cotton, bare of leaves now, was standing stark in the fields, mimicking a frost that hasn’t yet arrived. 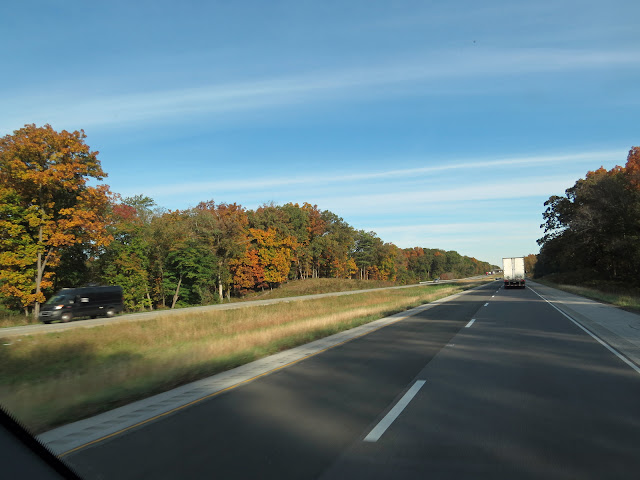 Come the next sunrise on this rare November trip north to Michigan, I no longer needed to use my younger self’s imagination to see that the fall colors were starting to assert themselves. 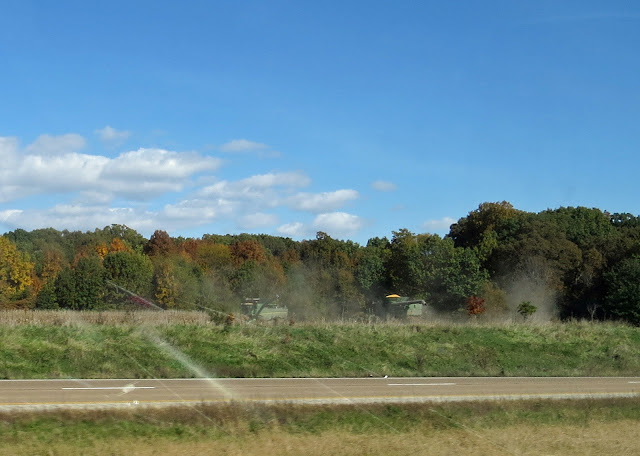 And the combines were out in the dusty fields to collect the fluffy white harvest that will become tomorrow’s jeans. 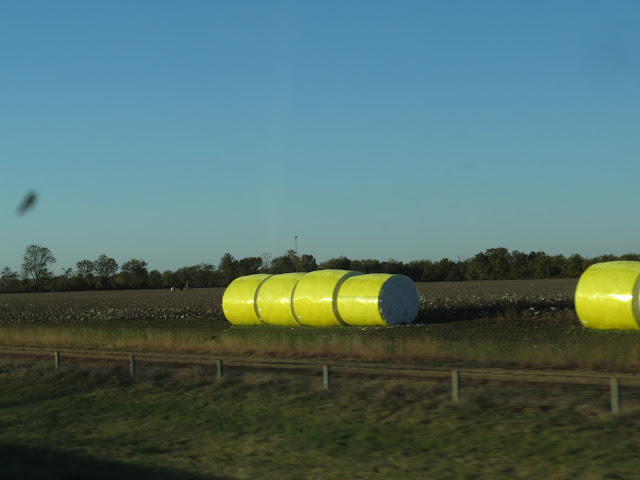 By the time I’d crossed a few more of those invisible lines of latitude and sunset was painting a coda on the day’s end, the cotton was bundled up and waiting in the fields for the trip to the mill, 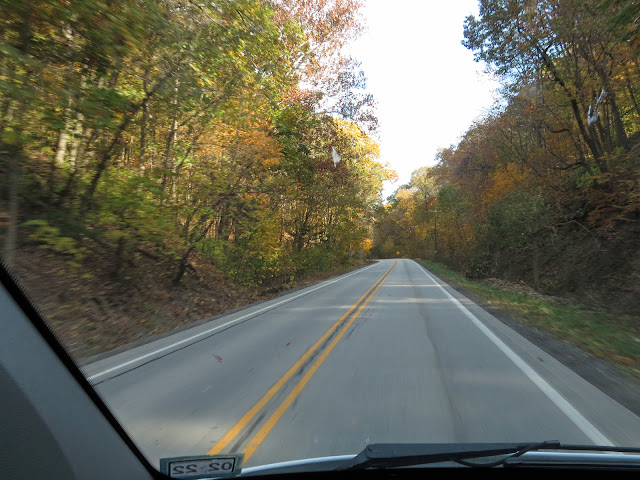 and spent leaves were starting to pepper the ground to either side of my myopic trek, blown, in an omage to midwestern landscape sensibility, neatly off the road by the passage of the vehicles that went before. 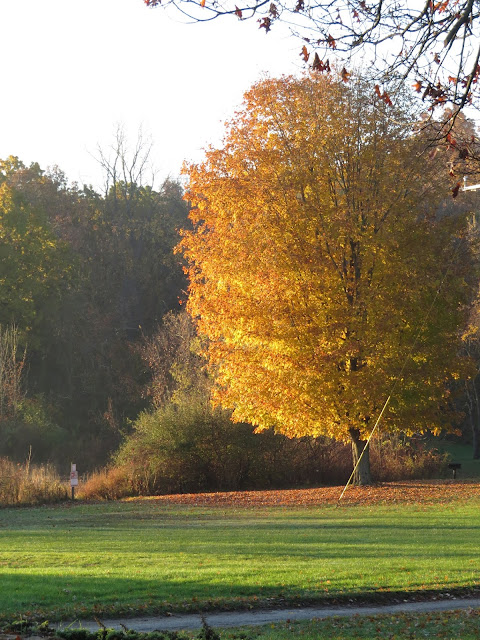 For a brief time the northward miles revealed Fall 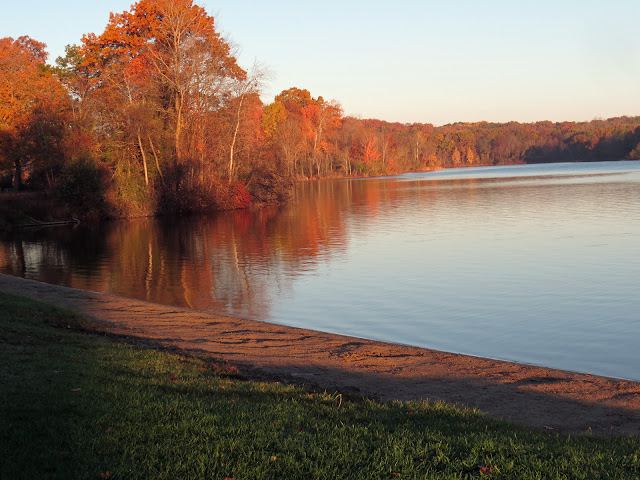 showing off her finery in the best Norman Rockwellian way, 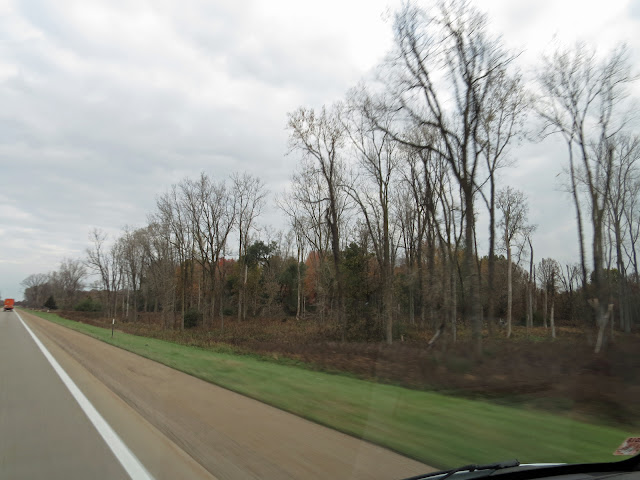 but as I sped north winter was creeping south, not quite here yet, but getting ready to lay her chilly stamp on this 43rd parallel land. 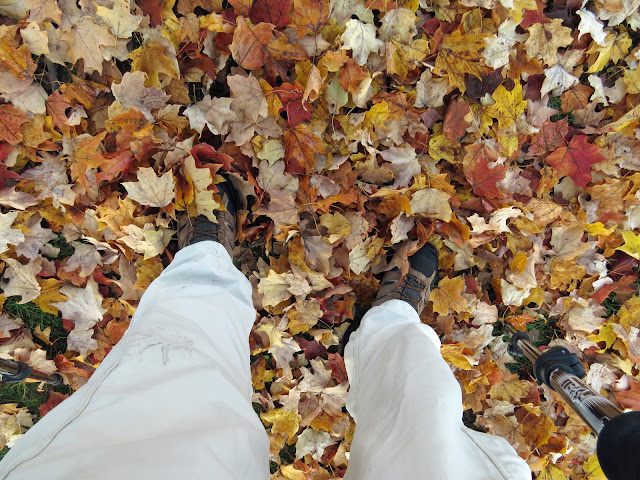 Oh, and the left-over half-season alluded to in the title?

I’m claiming that because I had to scrap ice off the windows in the parking lot of the Fort Wayne Walmart before I could set out on that last half-day of the trip.