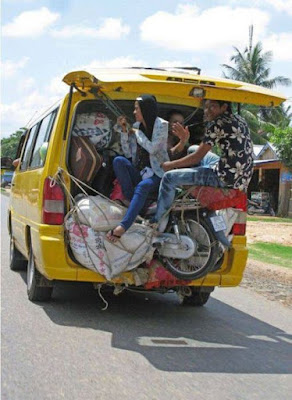 The good news; the plan was in place, the van was loaded, goodbyes had been said, seatbelt was on, key was turned - - - but she wouldn't start - - -

Now just how is that supposed to be good news?? 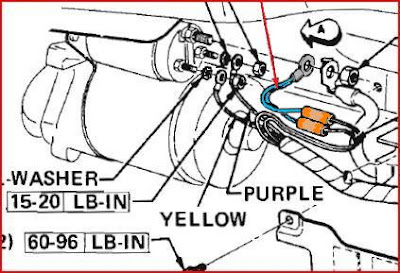 Well I don't know about you, but I figure it's better to have the starter fail in the driveway than have it strand me somewhere out in a national forest!

I drove the van 40 miles a few days ago just so I would know everything is working as it should before I started off on this latest trip, but the truth is, you can never be sure something is going to work unless it's already working. And now it wasn't

After a bit of screwing around I got the thing started, left it running while I moved the perishables back from van to house, then set off on the 100 mile trip to the nearest authorized dealer likely to have a spare part. (At this point I wasn't 100% sure it was the starter. It could have been the battery or even some of that funky computer control crap all vehicles are saddled with now days.)

The good news: After 600 miles and three round trips to the city, (One for the van which had to stay overnight and two for the chase vehicle.) I had the van back in hand and functioning as it should with only a two day delay. The bad news; The delay in getting on the road was just enough to let Bill, tropical storm Bill that is, sneak in and screw everything up.

A couple hours after I got the van back to the house the eye of Bill was roaring by and pulling half the water in the Gulf of Mexico right along with it.

We've had so much rain around here since the first of the year that if you throw a cup of water on the ground, instead of playing nice and soaking in like it should, it forms a raging torrent, sweeping debris along in it's path and flooding any roads that get in the way! Not a problem as long as we stay put up on top of our hill, but with the low water crossing all around us flowing deep, trying to leave is not a smart option.

On top of that, Bill, being the thoughtful gentleman that he is, has decided to make his slow


leisurely way halfway across the country right up along the track I have to take to get from here to there.

So for now there is a slight delay and I'm stuck in limbo, not supposed to be here but can't be there. . .