Yesterday I was about a half mile from the front gate and a Whitetail buck floated over the fence and trotted across the road, right to left, in front of me, rack held high and proud. I slow for deer, to the point of almost stopping, because where there's one there's often more and - well - they're a little insane, especially around roads.

Good thing I did because off to the right in a small hidden meadow was a fair sized harem that the poor schmuck had obviously been building. (Poor schmuck because it's early in the season so all the work he's doing gathering up the ladies will be for naught when a bigger, more savvy dude comes along and takes them away from him a few weeks from now.) True to their nature, one of this harem was panicked at being separated from the boss and decided that playing suicidal chicken with a 7000 pound van was preferable to being on the wrong side of the road!

This morning I spotted several of those more experienced and savvy rivals biding their time on the other side of the pond. 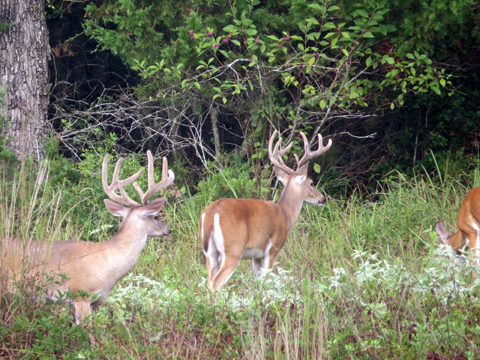 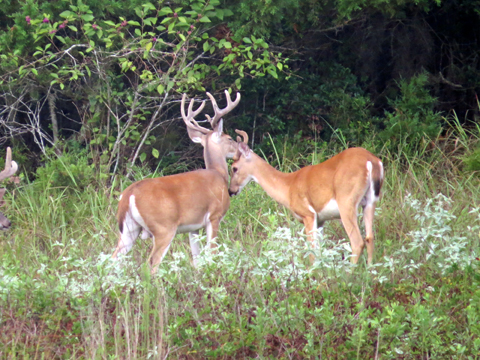 and he seemed to be currying favor from one of the elders, 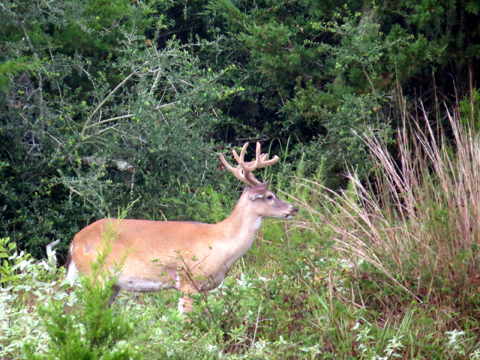 but he better watch out because I don't think everyone in the group is down for that sort of behavior.