I don't often actually go the the Pedernales Falls State Park namesake, the Pedernales Falls themselves, but this was a grey day with spitting rain periodically blowing through and I figured that would help keep the crowds down. Remember, in my case a crowd is anything more than 3 or 4 people, so there was technically still a crowd down there, but it could have been worse.


Depending on how you count, the falls actually consist of 5 or 6 steps formed when the underlying limestone buckled and tilted leaving the exposed edges facing upstream. In the photos above and below you can clearly see the tilt in the layering on the far bank. 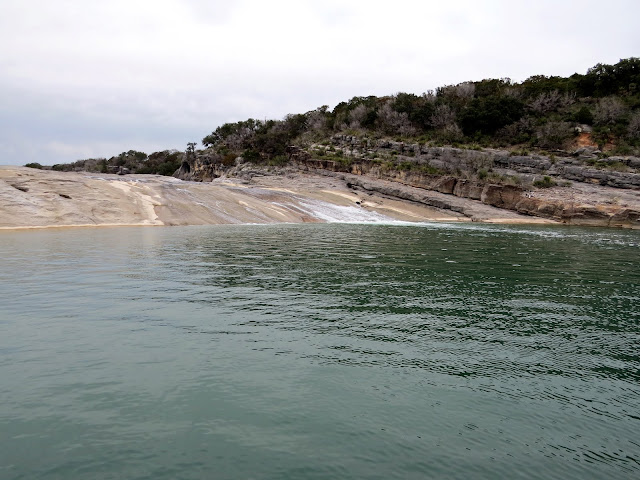 The exposed edges act as dams, creating pools that then flow down the tilted surface to the next pool. 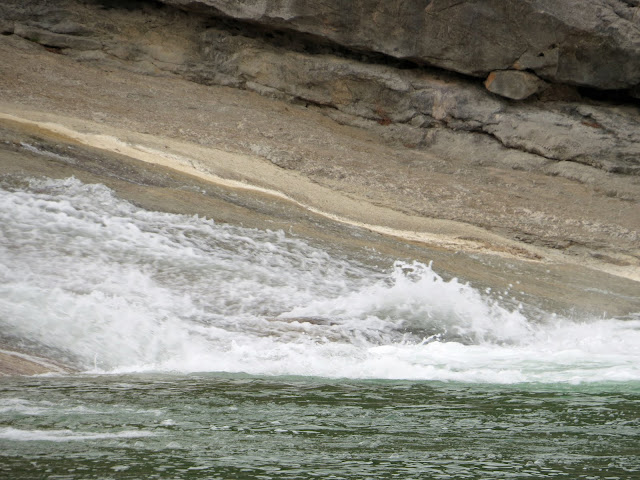 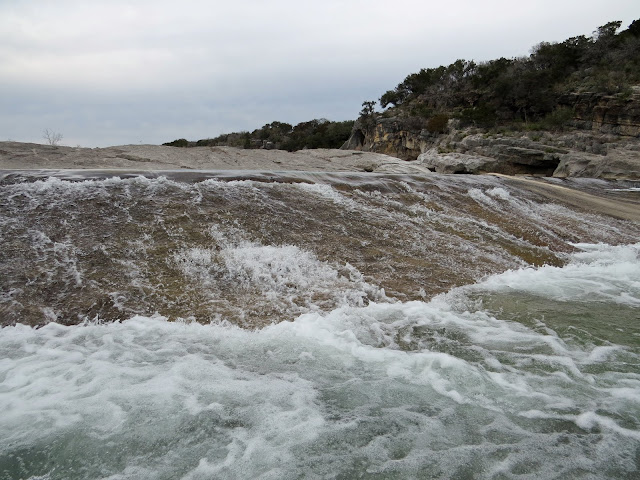 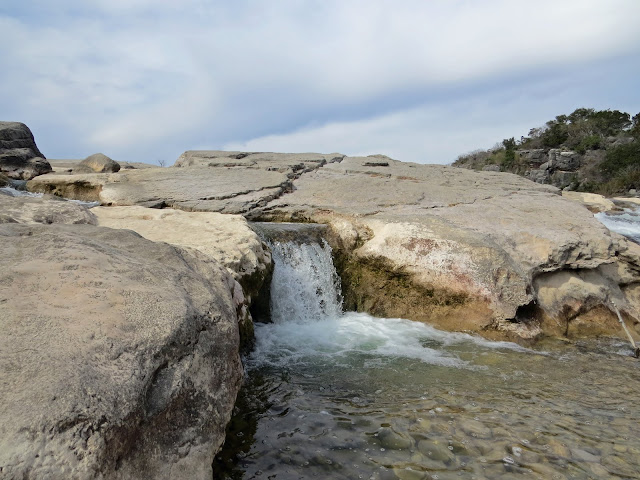 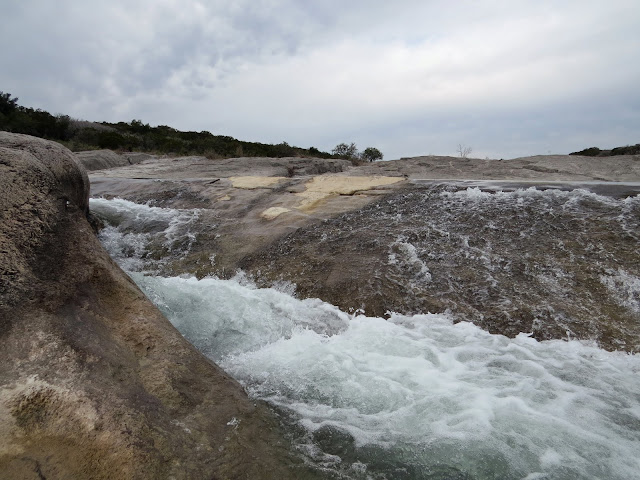 As you can imagine, the flow and undertows and undercuts and chutes between the pools create a dangerous environment for air-breathers. 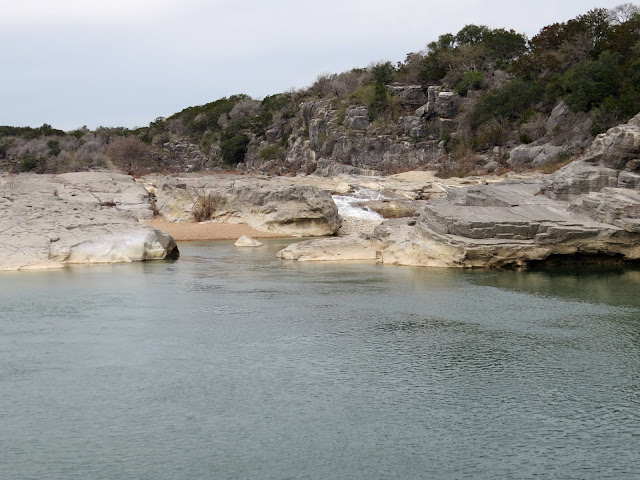 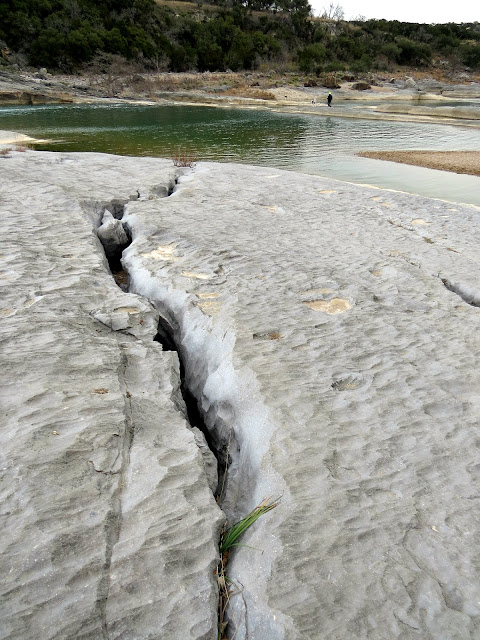 So, inviting as some of the pools are, after dragging one too many bodies out of the river in the few short years it had been open, in 1977 the park service banned swimming and tubing on the river from its western boundary to about a mile below the falls area. 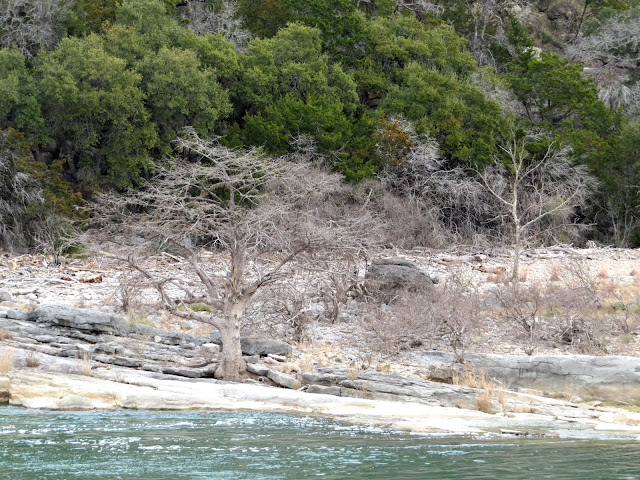 Flash flooding can also raise the water level on the Pedernales River as much as 30 feet in less than an hour, but that doesn't keep some of these sturdy old Cypress trees from hanging on anyway. 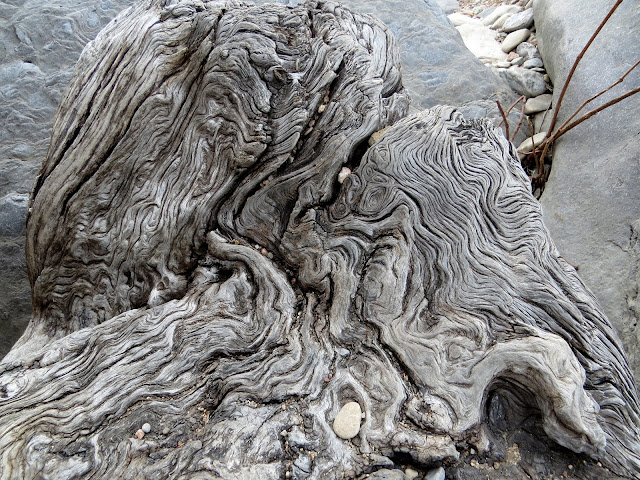 But eventually the water is going to prevail and tear the jagged old stumps right out of the rock. 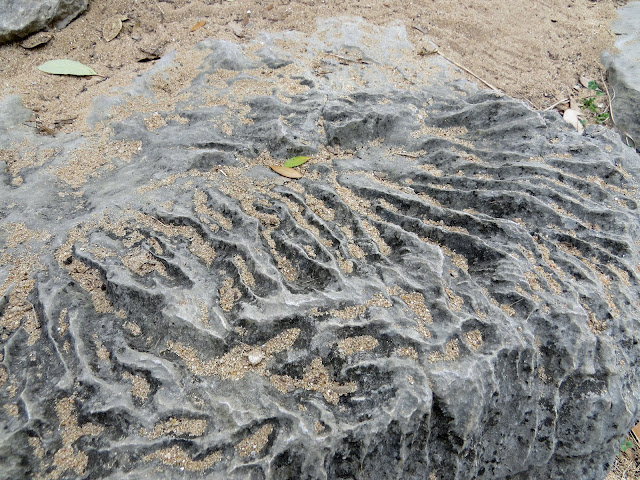 In fact, the water is going to eventually wear down even the rock. 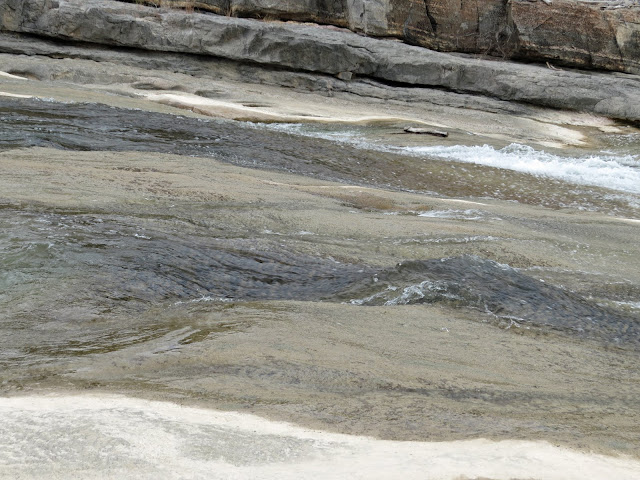 Here and there you can see the water digging divots out of the otherwise smooth limestone inclines. 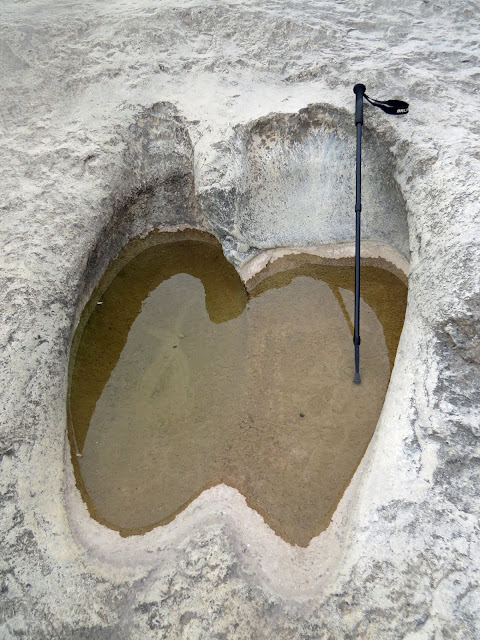 Leaving behind potholes. (Unless that's an Abominable Deer print!) 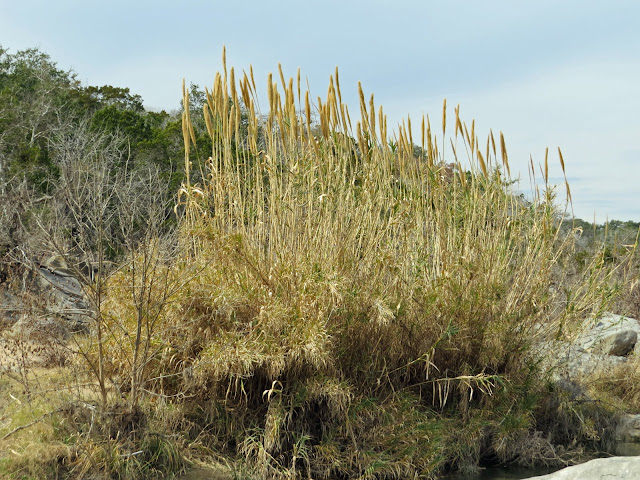 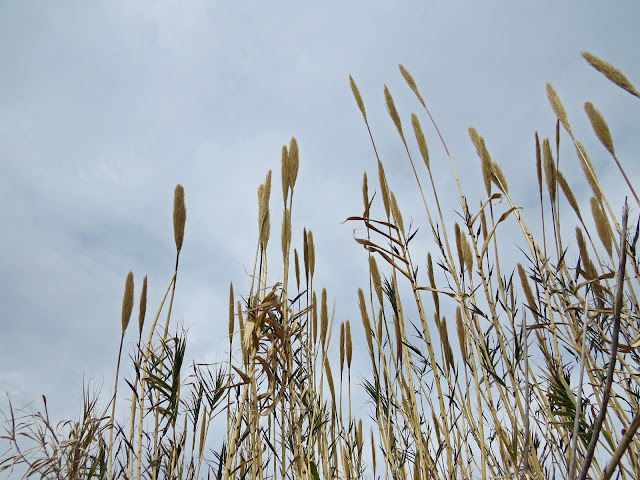 but now I'm standing next to it and those seed-stalks are soaring 10' over my head. 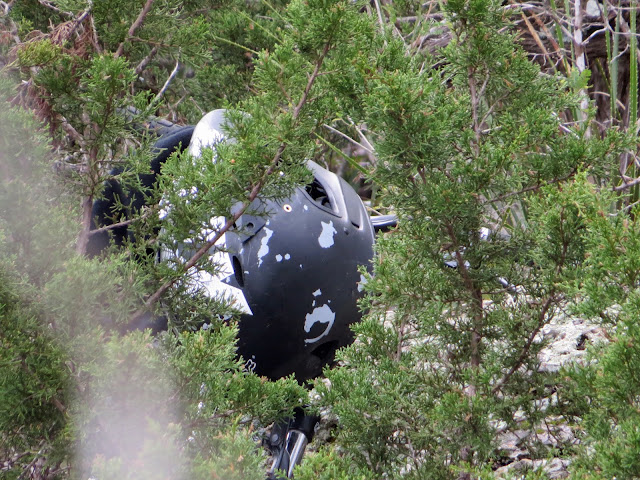 While out in the river bed I spotted something up in the rocks above that just didn't look right. At maximum zoom, using the tiny LED screen of my camera, I could see what looked like a shattered bike helmet. 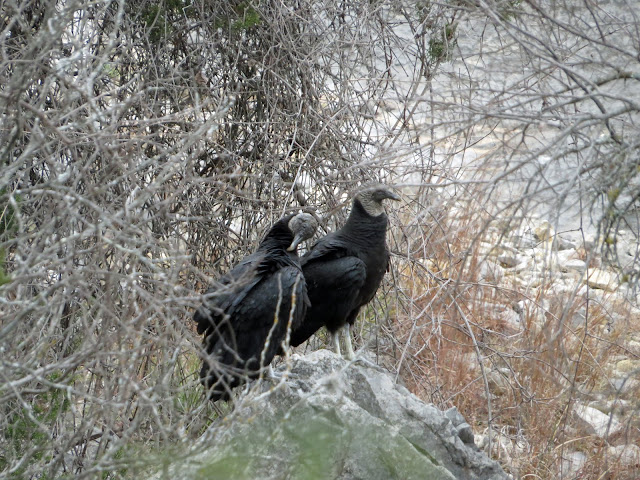 At about the same time I noticed this pair of Black Vultures lurking nearby. (My Birds of Texas guide says 'If startled the Black Vulture regurgitates with power and accuracy. Oh yuk!!)

As I worked my way closer to verify that I was in fact seeing a bike helmet up there in the rocks I discovered the helmet was hanging on the handlebars of a bike that appeared to have caught at the edge of a small cliff with its front wheel hanging over in space. 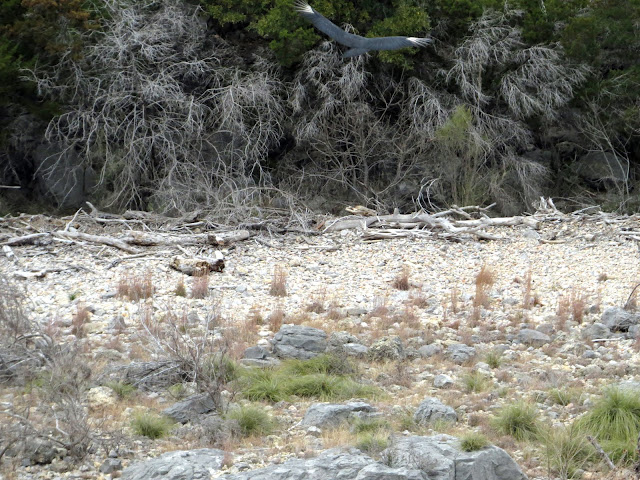 Thwarted as I got closer the vultures gave up (Without any accurate regurgitation thank you very much!)  and flew off to find other fine dining opportunities. By now I was half expecting to find a body laying in the rocks below the bike.

Turns out the bike had been 'parked' there and all I accomplished, besides chasing off the innocent vultures and adding a few bangs and scrapes to my person and gear while climbing the rocks, was freaking out the owner of the bike when he saw me (From where he was sitting in the rocks about a quarter mile up the river.) scrambling up towards it. . .

I can understand why since, between the high-end bike and the full body-armor gear he was wearing there must have been a good $2000s worth of investment sitting there.

I'm just glad I didn't have to deal with anything squishy and busted and leaking nasty stuff down there in the rocks below. . .