A Wild Kingdom Kind of Day


Within minutes of publishing my previous post about the gang of bucks on the other side of the pond I was walking another piece of the property and spotted a little crescent of color so vivid I thought it was a piece of plastic and reached down to put it into my pocket until I got back to a trash can.

But I was clearly wrong, it wasn't plastic at all but rather the entirely organic remnant of some reptilian inhabitant, and by the smell, not a very recent remnant either.

The remnant (Of which I've cropped the bloody and otherwise yucky end out of the photo.) was about the length of a finger but skinnier and clearly not plastic. Unfortunately I could not capture the brilliant, iridescent blue and yellow that first caught my eye with the camera. If you look close at the second segment from the tail end there's just a hint of what it actually looked like in the sun except the blue is actually much deeper and rich.

I went searching through my field guides and on-line and the closest thing I could come up with, other than some really scary-toxic snake from a thin sliver of the Australia coast is a Texas Banded Gecko.

It's not an exact match in color, band spacing and proportion, (Though my remnant is clearly desiccated so allowance needs to be made for that.) but I've learned through using field guides over the years that exact matches are not always going to be found, especially through photos, which is why the best field guides continue to use drawings instead.

That insurance gecko might seem like a cute little guy, but in truth they are carnivores and fierce hunters, scorpions being among their favorite snack. When threatened they will face the threat and hold position without moving except to flick that tail up and down. If the threat continues to approach the gecko zips off with amazing speed while shedding the tail which remains behind, still twitching, as a decoy. (It's precisely because of strategies like this that children should be taught to observe wildlife but refrain from approaching too close or even worse, trying to capture it.) So that's the story I'm assigning to this little remnant out in one of our fields.  The tail got left behind but the gecko lived to grow another.


But wait!! We weren't done for the day yet!

Despite the fact that in my previous post I said that bucks tend to keep their distance, a few hours after I published that 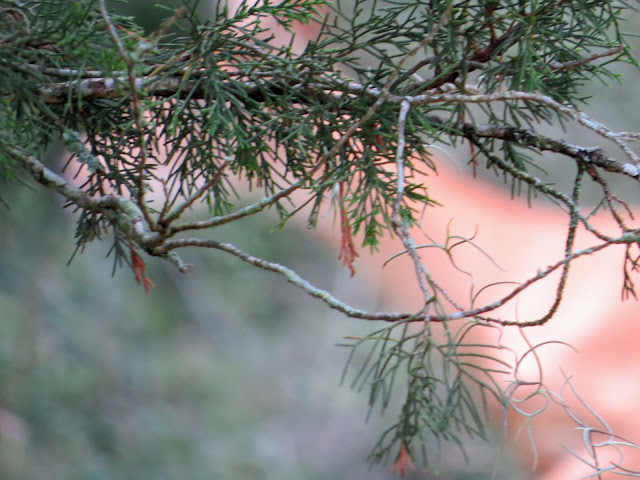 this guy, oops, wait, (photo-bombed by a branch!) 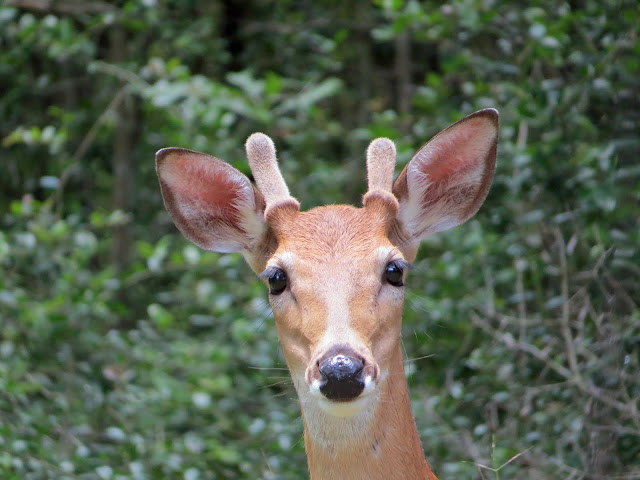 this guy, turned up within 50 feet of the barn.

To be fair though, he's still really more of a baby than a buck and was hanging around with one of the does.

In fact he was hanging with the doe that's been feeding just outside the door lately and she was standing about 20 feet to my left as I took the photo of the spike. 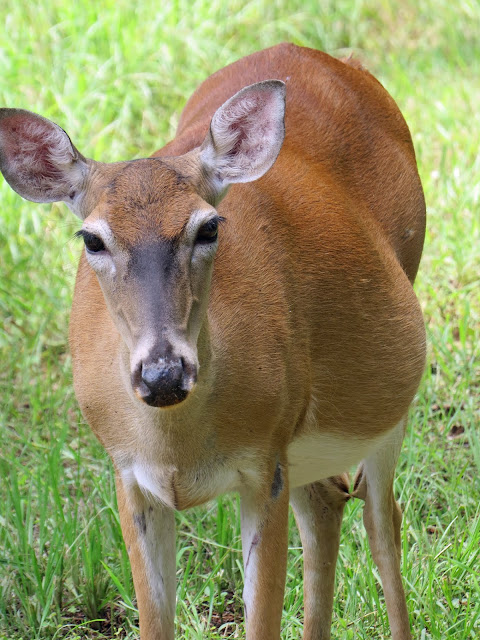 But I don't think she was very impressed by my photographic endeavors. In fact I got the distinct impression that at this stage she would rather I put the camera down and GET THIS DAMN THING OUT OF ME!!!

And that should be enough for one day, right?

A bit later, just an hour or so ago, I looked up and 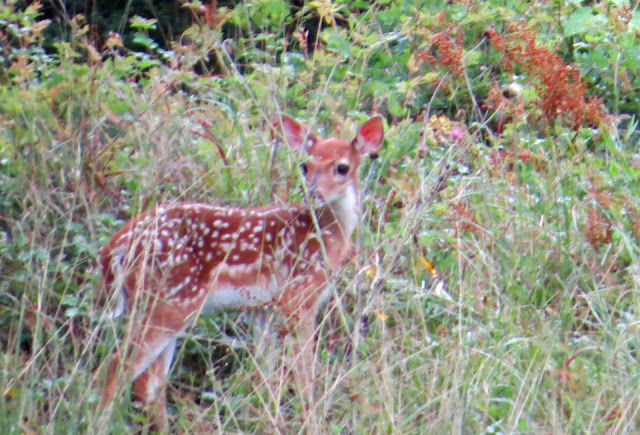 spotted this on the near end of the pond's dam.

Now at this age fawns on their feet like this are never far from mom. (If mom isn't close by the fawn is bedded down and won't move until you practically trip over it.) 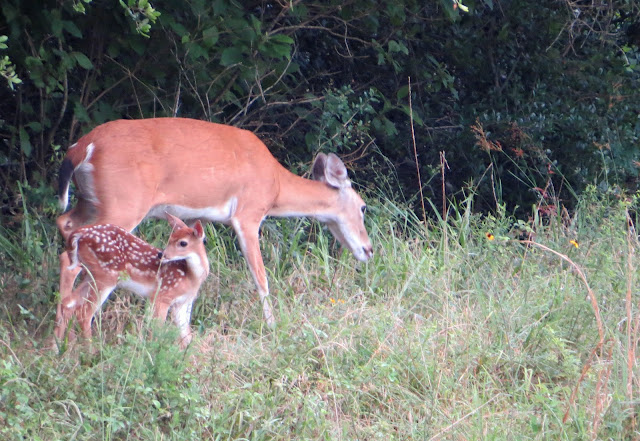 And that was true in this case too. Mom was right there. In fact there was one more in the group that was slowly working their way across the dam 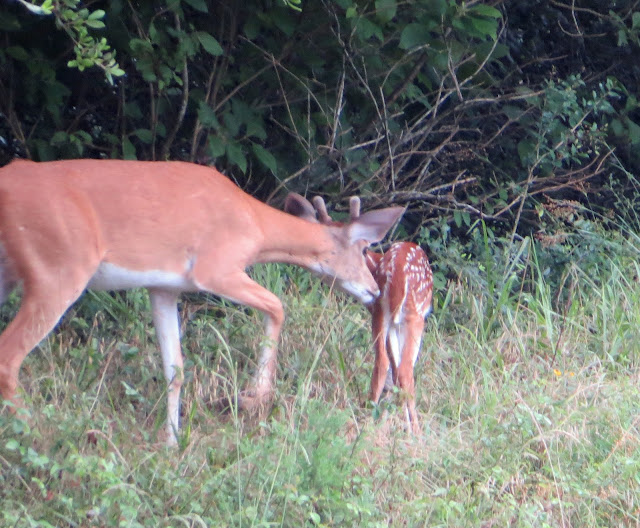 And I'm pretty sure it was the same little spike I saw earlier. If so he's clearly a fickle thing because the oh-so-pregnant doe he was with a few hours ago was standing right there in the field on the near side of the pond as I took the photos. 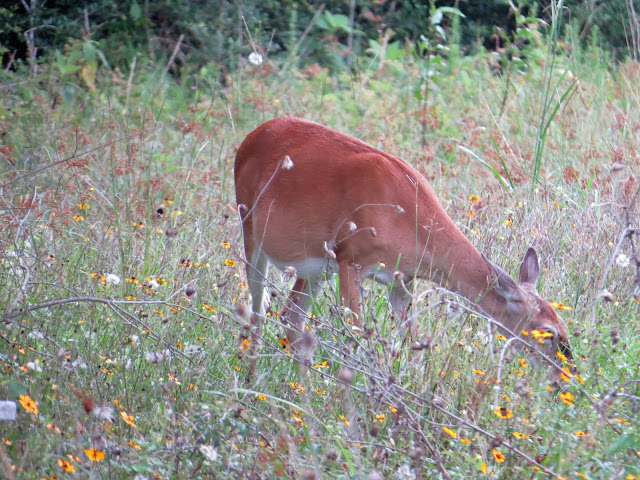 So that's it for the day. I think. Maybe. In fact if anything else happens I'm going to keep it to myself because I've already over-blogged for the day!!