Oh Crap! The Damn Fool Is At It Again!!

Because that's right. There's yet another self-inflicted project on the horizon. 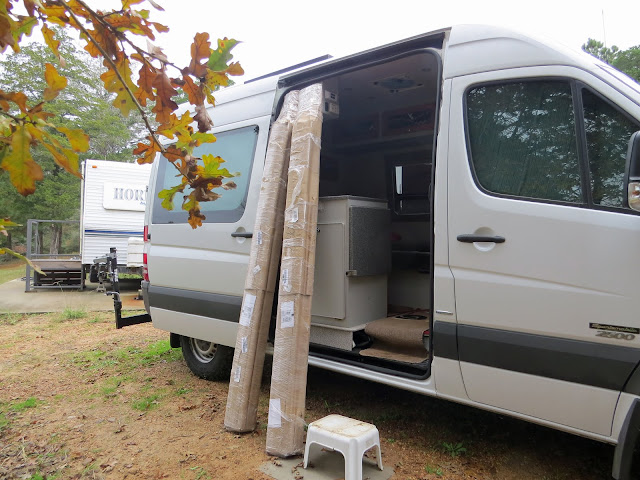 Hint: That's 40 board feet of S2S, (Surfaced 2 Sides) random-width, quarter-sawn White Oak in those packages. And yes, this is yet another Van project.


What the hell is quarter-sawn??

It has to do with the way boards are sawn out of the log.

The easiest way to cut up a log with the least amount of waste is plain-sawn.  Just throw the log down on the mill and start slicing it into board-thick pieces.

By the way, today's 1" boards, though only .75" thick by the time they get to the lumber yard, start out a full inch thick in this first step of milling process. If I had ordered my wood un-sided rather than S2S  it would be a full inch thick, but I didn't need it that thick and having the mill 'surface' the boards on two sides in their massive, and very fast, surface planer saves me some work since I would have to surface it anyway to remove the tool marks 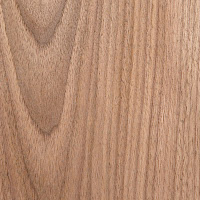 Plain-sawing produces boards featuring what's called a cathedral grain pattern. Most prominent on the left side of this board.

The boards least susceptible to cupping are rift-sawn, but you can see how this would be the most time-consuming and wasteful way to use a log.

Rift-sawn boards don't cup much because they have a very straight grain that runs vertically through the thickness of the board, something like what's seen on the right side of the board above. This makes them very stable.

So straight grain is good, but oddly enough there's another feature of rift-sawn boards that make them unsuitable for this particular project. Rift-sawn boards show little if any figuring. And I'll come back to just what figuring is in a moment.

Quarter-sawing is sort of a combination of rift and plain sawing. The rift part comes from cutting the log into quarters, (Quarter-sawn, get it!) though without trying to get boards out of those first cuts like would be the case with rift-sawn, then each quarter is laid on it's back, the rounded side, and sliced into successive boards, similar to plain-sawing.

Quarter-sawn boards have a largely straight grain and also tend to show any figuring the wood might have.


Pretty much all woods (Except the palms which don't have growth rings.) have a grain pattern to them.  That comes from the growth rings and in the photo above can be seen running the length of the board.

Some boards of just about any species have figuring as well. Scientists don't all agree on just what causes figuring. It could be stresses within the tree as it grows, it could be genetic, it could be some sort of fungal-caused defect, but regardless of how it got there, figuring is various combinations of luster, color, texture and micro-grain deviations that can show up on the surface of wood independent of the grain. Figuring comes in a whole variety of 'patterns' such as curl, tiger-stripe, blister, wavy, birds-eye, ray and many others. In the photo above the light squiggles or dashes are medullary rays.

Figuring is unpredictable and basically uncontrollable, running, when it wants to show at all, amok; free and wild and playful. And, along with a light colored wood and straight grain, I wanted figuring to be one of the features of what I have in mind for this project.

Next time, The Plan