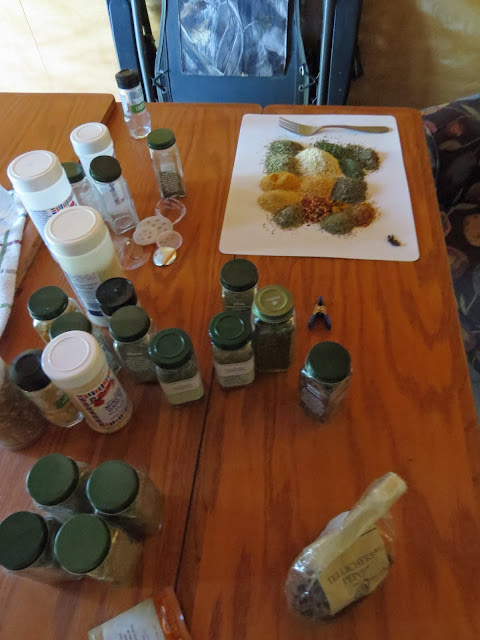 I walked in and found The Wife concocting a new batch of bread seasoning!


There's no set recipy for this fragrant mix that we sprinkle over flatbread brushed with olive-oil before throwing it on the grill for a couple minutes. The only requirement is that it be tasty and have a bit of kick to it.

Oh man! Ya gota be careful when taking a sniff of the ingredients! Some of them will do a number on the sinuses. I think I just went through half a box of tissues. (That's right, tissues because I'm not allowed to say kleenex even though that was the whole point of their marketing campaign during my oh-so-impressionable formative years. . .) Oh dang! I need another kleenex.  (Oh what are they going to do? Sue me??) 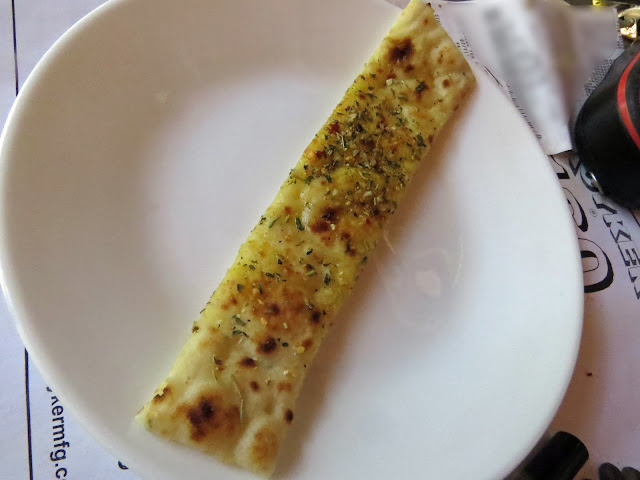 So concocting just the right mix is an iterative process that requires a few 'test strips' before we both give our seal of approval.

For this batch we ended up using some smoked sea-salt so the finished product has the taste of the Mediterranean with a zinger of Mexican, but also reminds me of family campfires, you know, the real deal with hand-collected wood, carefully sorted and stacked over preciously horded tinder, then lit with a single match under the supervision of parents who have stored up a few ghost stories for the evening entertainment, not these pathetic attempts at recreating the past on a 90 degree day that I see all to often anymore. 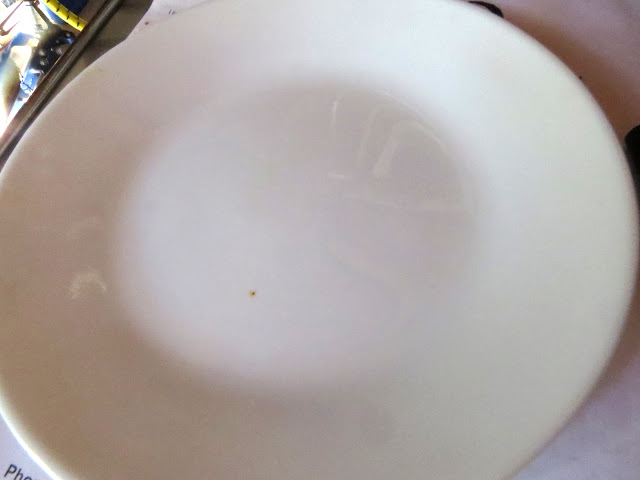 My original intent here was to show the testing process, but once I got into the actual sampling I sort of forgot to pick the camera up. . .