A Change to the Shower Routine


A while back I wrote a post on how I take showers, or otherwise clean myself, when camping.

Well since then there has been a slight change in that I found a replacement for my chamois. 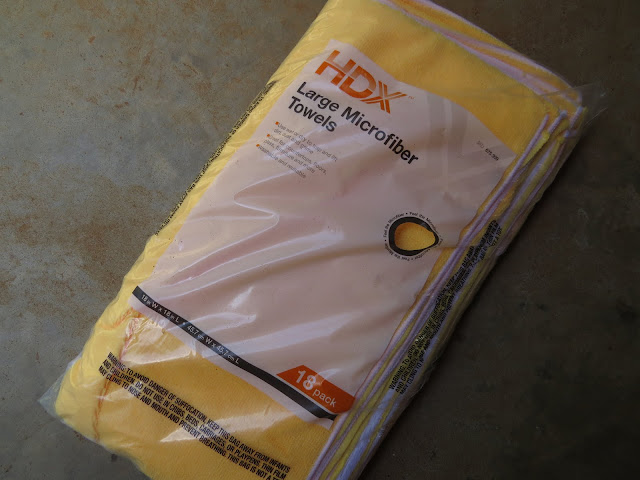 These microfiber towels have the same water-absorption properties as my chamois and, if anything, they wring out even drier. In fact they wring out so readily that the trick to using them for drying is to let the towel suck up the water without applying any pressure to it as that just tends to squeeze the water right back out.

Considering that I can buy this 18 pack from a nationally available DYI store for about half the cost of a single small chamois, (It works out to about 50 cents per towel!!) is it any wonder that I retired my faithful bit of clammy-when-wet cow-hide? 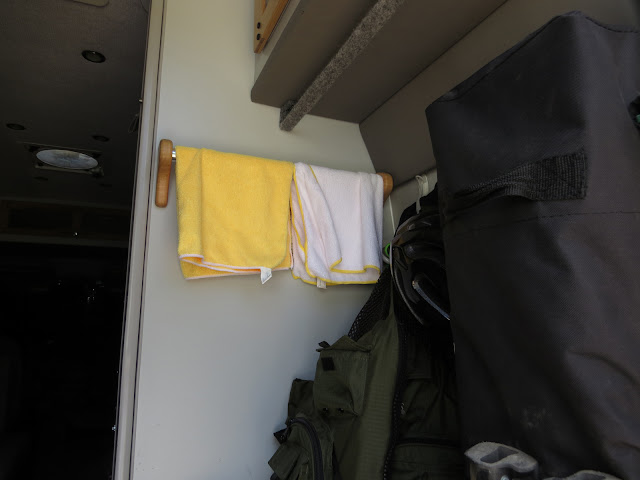 So now when I head off to the campground shower, instead of the chamois I have one of the these microfiber towels tucked into my pail. If anything it's smaller than the chamois so there's even less tendency to drag the excess corners across those nasty shower walls, or even nastier shower floor when I'm drying myself.

And I keep another one on the rack for those times when I do a sink-shower there in The Van (Which, since I tend to do a lot of boondocking, is frequent and even when showers are available, its often a lot less hassle to just use the sink, especially if the showers are less than inviting! Ahh the joys of a nearly shaved head!!) or for hitting the pits, cracks and dangley bits at the sink just before hitting the sheets. 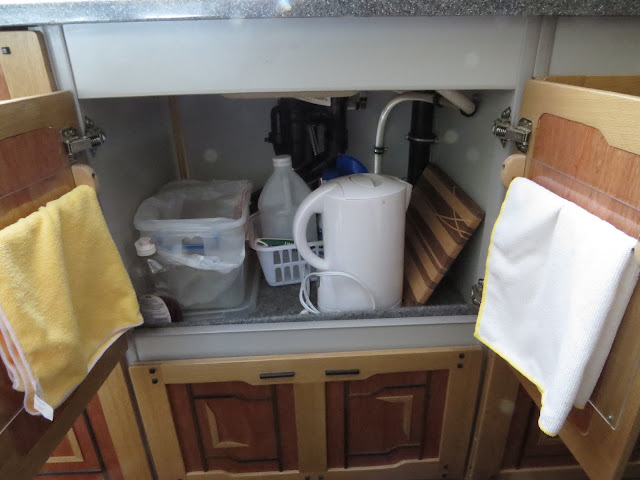 because I've also ditched my traditional dish cloths and towels in favor of the microfibers as well.

Living small is all about simplification and using the same product for multiple tasks is one way to get there. 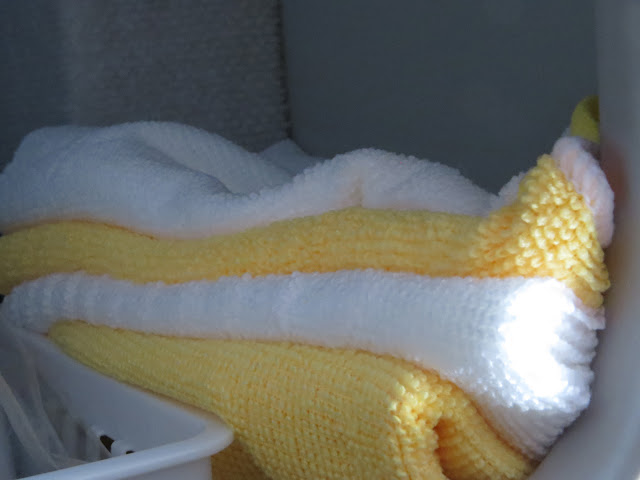 And since they are small, about 18 x 18, and virtually weightless I feel free to carry a handful of spares in a corner of an upper cabinet. Try doing that with a full sized bath-towel!! 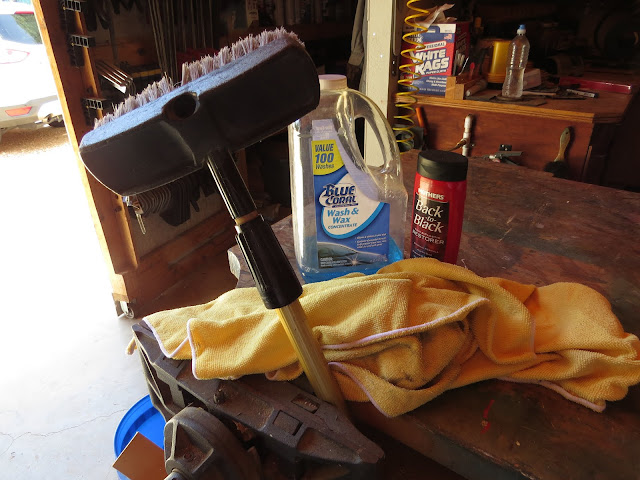 And they're not just for showers and inside The Van either. They also come in handy for cleaning the solar panel, washing and drying vehicles, and the microfiber texture is perfect for applying rubbing compound, waxes, and other protectants, as well as softly buffing them out to that like-new shine.

Oh, and if you have been spending good money on tack rags for the shop, (Used for getting the last of the sanding dust off wood projects before applying a finish.) stop! These things do just as good a job for a fraction of the cost. In fact if you compare the expensive tack rag with one of these towels you'll not see any significant difference, in looks or performance.

On the down-side, the tiny loops you can see two photos ago do have a tendency to grab onto small shreds of leaves, twigs, bug-bits, and some of the more persistent food particles. And I mean grab on so tightly that running them through the wash doesn't always clear the debris, but at 50 cents apiece I can afford to retire those to shop-rags used for cleaning up paint or varnish spills and wiping down oily bits, you know, whenever I make one of my misguided ventures into mechanical things. (To cover my ass just in case The Wife is listening, I always wash those towels in a bucket and never the washing machine!!)