Back in September of 2014 I wrote up the saga of installing a hitch on The Wife’s Ford Escape. Of course this also included installing a tail-light-to-trailer-light converter as well.

Fast forward to a couple weeks ago; no, on second thought, since it’s such a short journey, just barely 3 years later, a leisurely stroll will do just fine, no need to rush. The recycling trailer is nearing the critical point – you know, of fullness – so we make our plans, collect our shopping lists, sort some last minute recycling into the bins, strap everything down, haul the trailer out of its nook by the barn and hook it up to the car, then do the light checks. 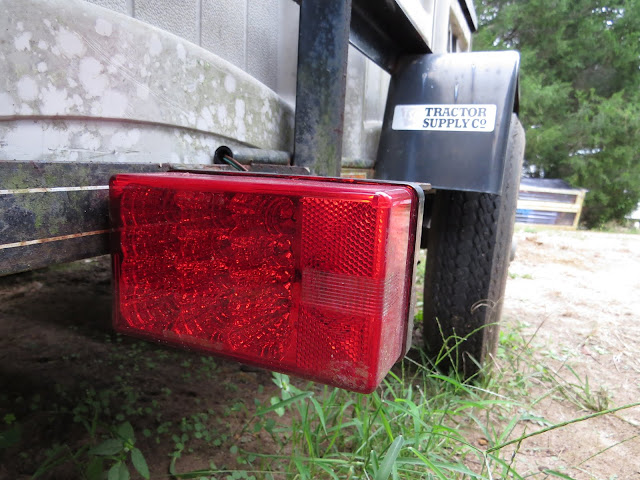 Cue The Van. Which means unhitching from the car and dragging the trailer, which is small but still sort of heavy right now with a full load of recycling in it, over to The Van, get the 7-way to-4way adapter out, plug the trailer in, turn The Van on, (For some reason the 12V powered tail-light-to-trailer-light converter in The Van, installed by Sportsmobile, has been wired to a switched power source. A pain in the ass since this means I can’t turn The Van off while using emergency flashers with a trailer hooked up behind me.) and go through the light-check all over again.

All the lights on the trailer work just fine, which is what I expected since the most likely problem is the converter on the car, but trailer lights are strange beasts, what with screwy grounds, cheap fixtures, and  current back-feeding through un-lit filaments causing all sorts of weird things to happen, so I wanted to make sure before I rendered my verdict. 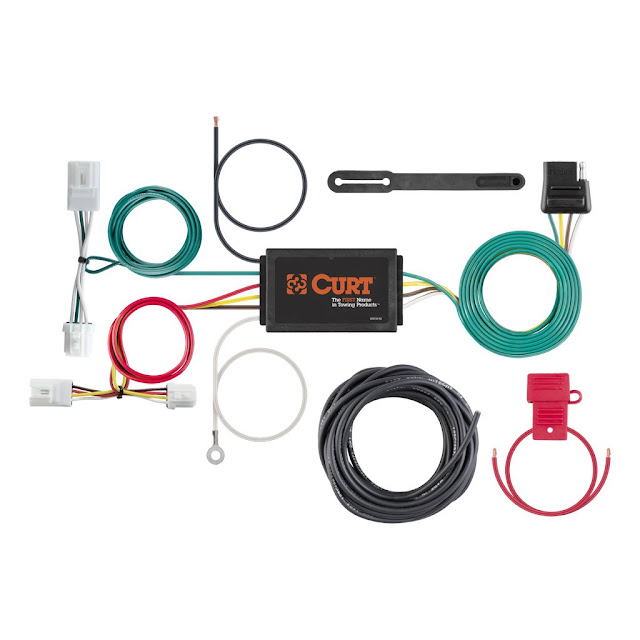 That fancy, and expensive, Curt converter I bought to go along with the hitch, because let's face it, hitches are pretty useless without the lights to go with them, has pulled a Jimmy Atwood on me. (Jimmy was the fellow crew member at my first real job, maintenance and general dog’s-body at a summer camp, that had a special knack for wandering off and doing no actual work.)

I paid the big bucks for the name-brand Curt converter in part because it came with T-connectors that just plug into the car’s existing wiring, eliminating the need to hunt down the right wire, always a pain in the ass, then splice into it, but also for the peace of mind of having a well-made and reliable product - at least that’s what I assumed. 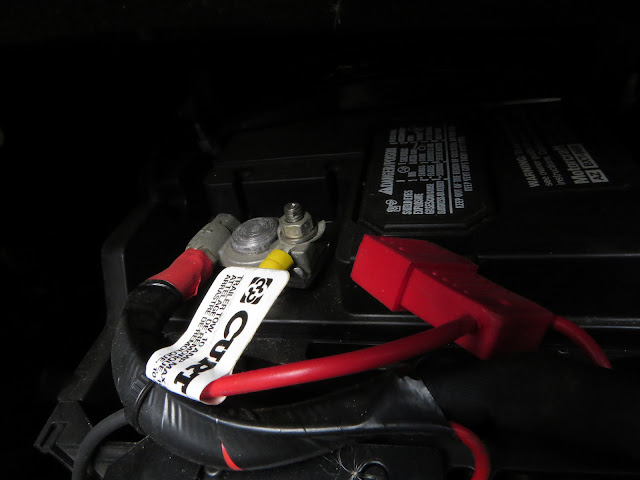 The Curt converter uses a separate power source to operate off of rather than tapping a little bit of the voltage going to the trailer lights like ‘lesser’ converters do. So – I opened the hood, removed the cover over the mostly hidden battery and pulled the 10 amp fuse in the Curt’s power wire, then plugged it back in because – well, you always reboot first, right?

Yeah, well – no joy there – the damn thing was well and truly dead. 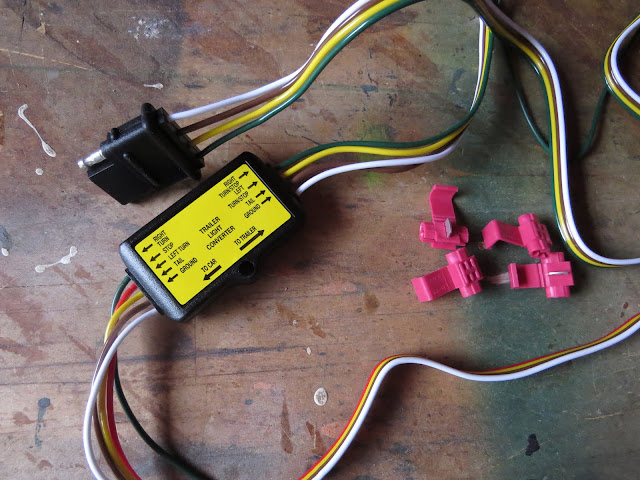 Fool me once, shame on you; fool me twice – and all that crap. So this time I went to town and bought one of those cheap converters you can find just about anywhere, including Walmart.

Before I went I checked my stock to make sure I had at least 4 appropriately sized suitcase splices because the plan was to cut the Curt converter loose but leave the fancy T-connector wiring in place and just splice the new converter in. Easy-peazy. 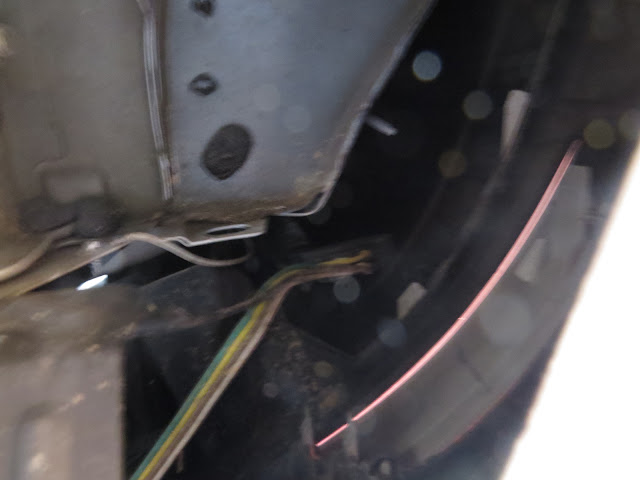 OK, this photo is crap, but a bridge is being installed in place of a pair of 6' culverts that tend to wash out regularly on the county road we use when traveling east from our place.

What the hell does that have to do with a crappy photo?! Well the shortest detour for us is down a single-lane track that at one point crosses an active pasture. (thankfully there's only one laid-back bull among the cows and cattle-guards at both fences so we don't have to mess with gates) The two ends of this 4 mile detour feed a couple driveways and has a dusting of gravel on it, but the middle is more of a tractor-trail than anything else and as such gravel is scarce and sandy dirt is prevalent. Well just as I clicked the shutter for this photo I bumped something under the car there and a facefull of tractor-trail spilled right onto my - well, face. (I mean where else does a facefull end up?) In my rush to get out from under there to divest myself of said facefull of crap I banged my left ear on the muffler, bounced my right temple off the tire hard enough to leave tread-marks, and scraped a good bit of skin off my left arm on the bottom of the bumper. At this point taking better photos was not high on my list of things to do so y'all will have to make do with this one.

By the way I hate crawling around under cars!!

So anyway. . . as the photo shows, if you know where to look and what you're looking at that is, I had forgotten that the wiring harness on the Curt, though sold as being specifically designed for the Ford Escape, was inexplicably short. This caused the converter, very dimly visible at the end of the wires up there, to hang halfway up inside the fender/bumper where I couldn’t reach it very well. In fact without benefit of a lift I couldn’t even get both hands up in there at the same time, let alone be able to manipulate tools. And I tried!

(Did I mention that I hate working under cars!! At one point The Wife walked by and hearing all the groaning and moaning and inventive cursing drifting out from under her wheels said that what I needed was a sort of car-rotisserie so I could turn the car up on its side or even upside down, so I could stay on my feet while working on it. She’s brilliant!!) 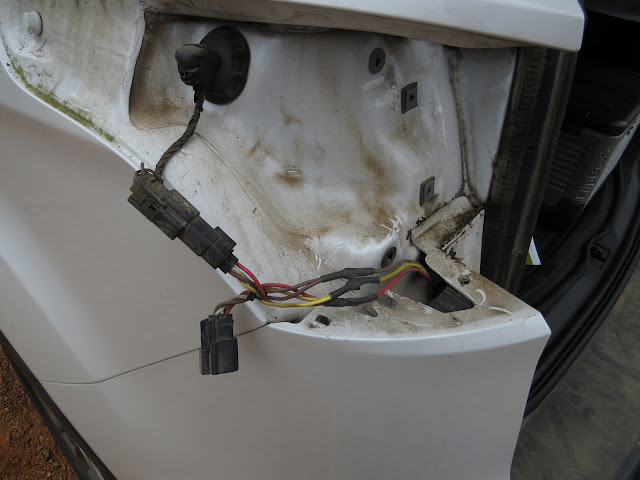 But due to the lack of available car-rotisserie, I eventually had to abandon my original plan and tossed the useless tools clear, (maybe a little harder than necessary since I had to hunt through the field to find my side-cutters) and drug my muttering and frustrated ass out from under the car. After regrouping, (and collecting all the tools I had scattered) I resigned myself to removing the left tail-light assembly so I could get to a portion of the Curt wire-harness that I could actually reach. 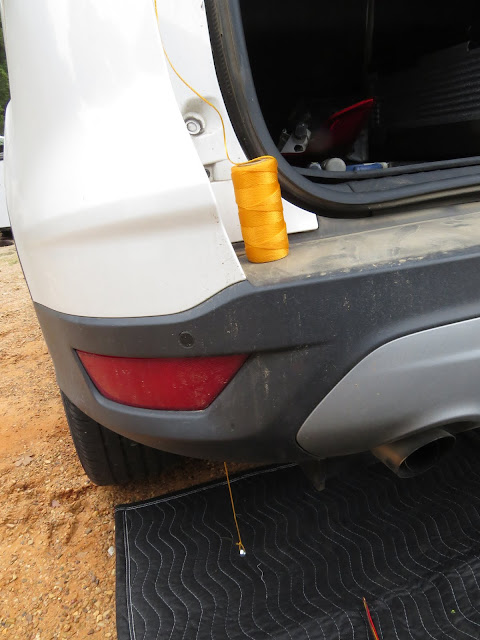 and spliced them into the Curt harness just down-hill of the T connection.

This I could do while standing up, which allowed that blue-haze left behind by all the colorful language to gradually dissipate in the gentle breeze, 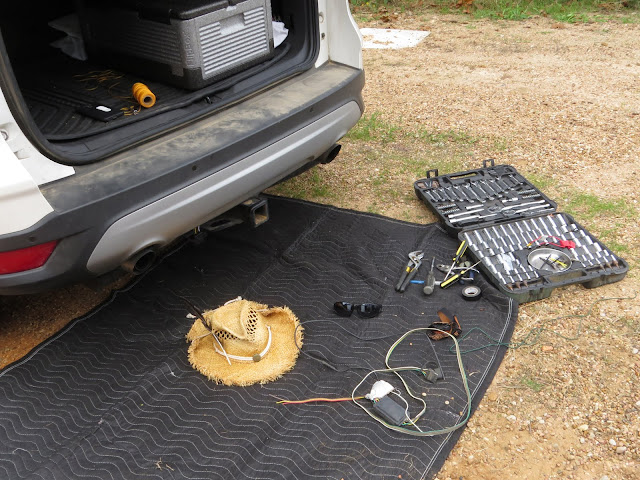 but then it was back under the damn car to splice in the green wire for the right turn-signal, and swap the white wire (ground) of the old converter with the new converter, completing the removal of the defunct Curt. 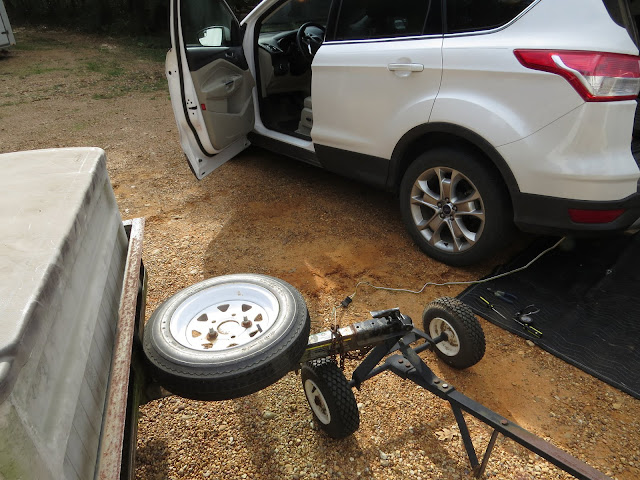 Then there was that long, painful process of hunching my way back out from under the car without putting yet another tail-pipe sized dent in my head or ripping an ear off on some low-hanging, sharp-edged bit, then rolling my old bones on the unforgiving gravel to get into position for the multi-staged process of getting back to my feet.

All this so I could fetch the trailer from where I left it over by The Van and make sure the new converter was doing its – well – converting.

In theory, sucking some of the voltage off to operate the cheap converter will dim the trailer lights slightly, but even with incandescent bulbs this would be difficult to notice and since the trailer has been upgraded to LED lights – well, should'a saved my money in the first place! 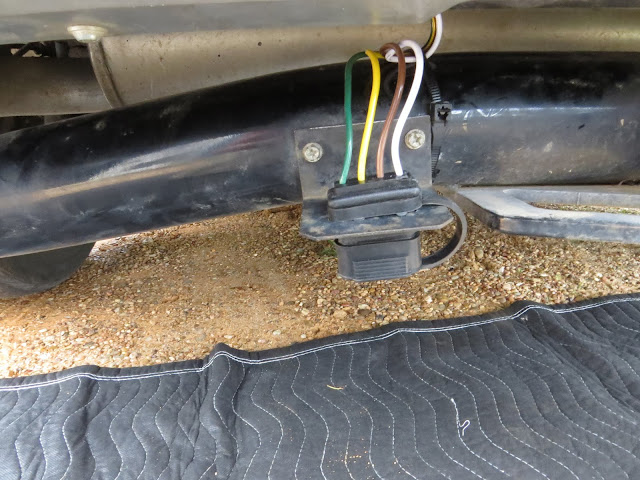 But any joy generated by this success was short lived as I was right back under the car. (OK, 'right back' implies some modicum of speed, but the process is anything but speedy, especially by now!) 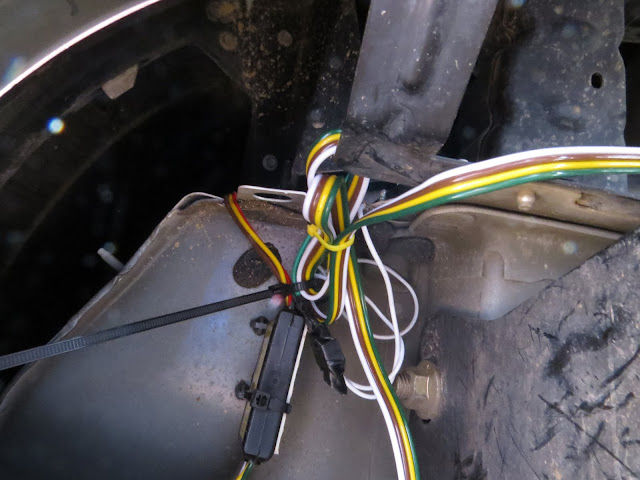 And then to do a really crappy job of gathering up any excess wire and securing it and the module in place under there, all with the one hand I could get up there with. 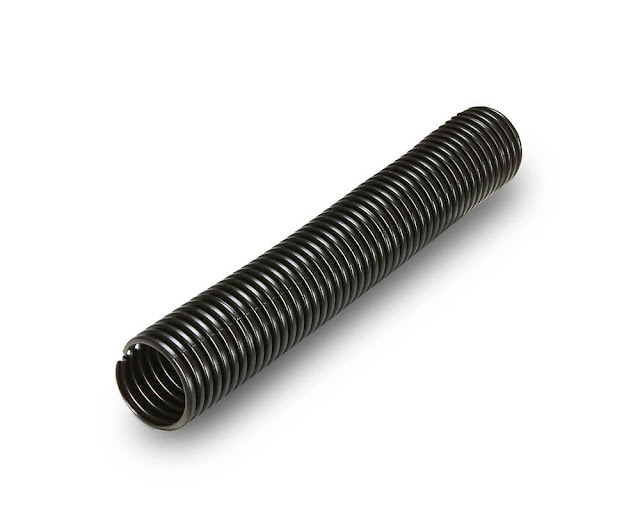 And thennnn – after reviewing that photo, I had to climb back under there, yet again, cut the whole mess loose and install a short piece of wire-loom I found in my electrical scrap-bin over the brown/red/yellow wires to protect them from that abrupt edge because if they short to the body that takes out the car’s left taillight too! Then, of course, I had to go through the contortions (And language) of tieing the whole mess back up out of the way.

No photo of the rework because by now I was in no mood!

When I was growing up Sears was a big deal and a lot of the stuff in our house came from them. Back then they had this good – better – best rating for products. My parents taught us to buy ‘better’ because ‘best’ was too much money and ‘good’ wouldn’t last. That may have been true at one point, but I’m not so sure it still works today. So far I’ve got $60 invested in converting the car’s tail lights to trailer lights, $47 of that in the Curt that’s now languishing in a landfill somewhere, and $13 in the cheap Wallyworld “crap” that’s successfully operating the lights now.