As I prepared to wrestle The Van back up the narrow road that got me into Jackson Falls I had a full schedule for the remainder of the afternoon. I had to get to the ranger station in Vienna before they closed, then I needed to cross the state to the west side, pick up a few supplies and find a spot to nest for the night. 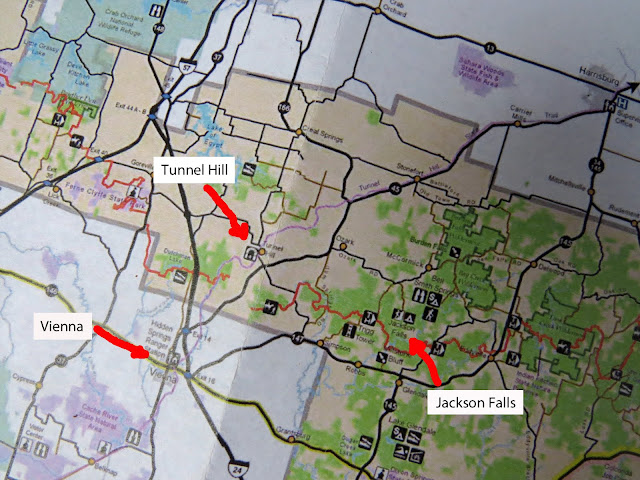 But before starting out I made one last check of my official Shawnee National Forest map and there it sat, right between where I was and where I was going. Something called Tunnel Hill.

I had absolutely no idea what that was, but when a railfreak sees the word tunnel they automatically think railroad!

So after I worked my way out to US-45 via Ozark Rd. I kept my eye out to the right for County Road 12. It was a small, unassuming intersection but I found the turn anyway. 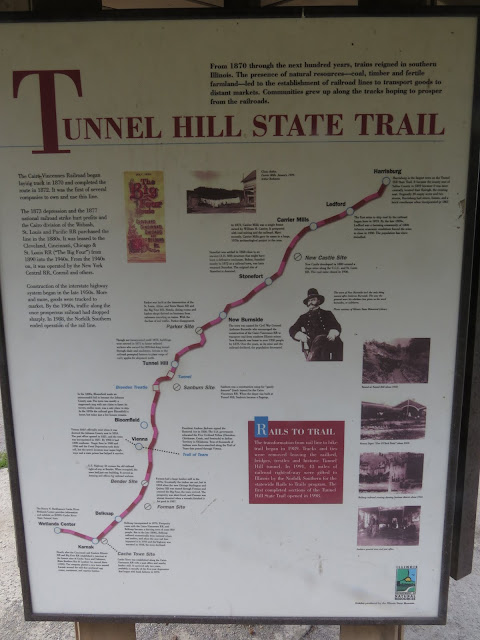 A short-mile later the road drops into a narrow valley and there it was on the right!

I had been expecting the brown signage of the National Forest so I nearly drove right by the place, in fact I went by the first entrance and had to double back through the overflow parking, because this isn’t a Forest Service site at all but rather a state rails-to-trails site. 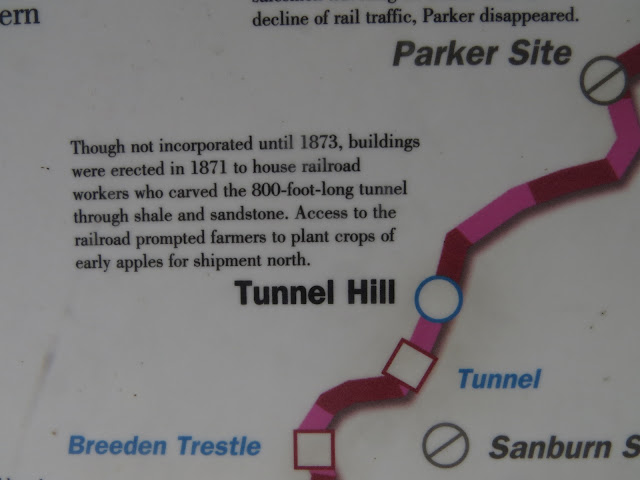 Tunnel Hill is actually a little hamlet that originated with the crews brought in to dig the tunnel for the Cairo and Vincennes Railroad in the early 1870’s, 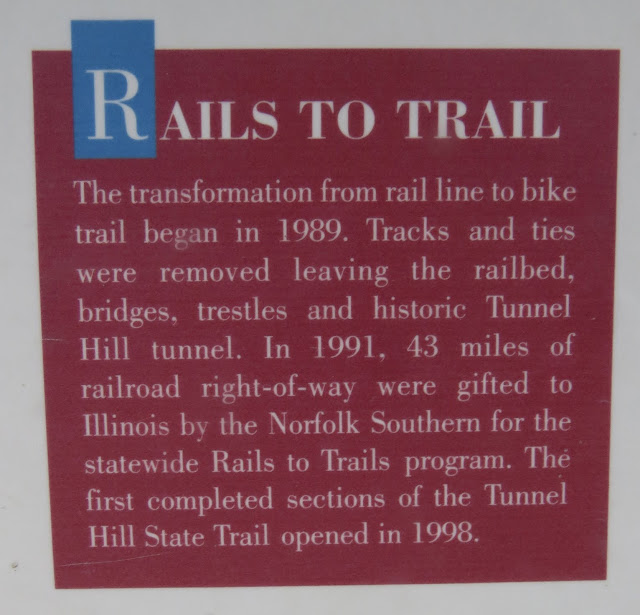 and now some 55 miles of that defunct railroad have been turned into a hiking/biking trail.

I should have known that, but to be fair, due to tireless efforts of so many people and organizations, there are a ton of rails-to-trails out there and I can’t know them all!!

(Everybody has the national TrailLink map bookmarked at the top of their list don’t they??) 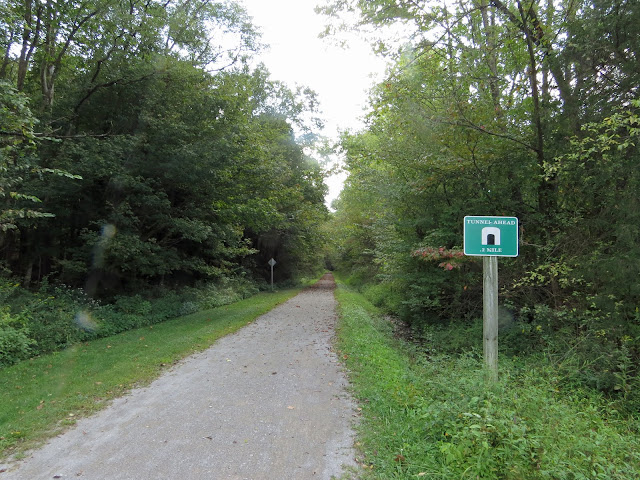 In addition to the parking and info-boards here at Tunnel Hill, there’s also a few picnic tables, potable water, and his & hers pit toilets, but I was limited on time so when I saw this sign just down the trail saying the tunnel is two tenths of a mile ahead I grabbed the camera, stuffed a small bottle of water in my pocket and, without even bothering to change out of my slipper-like Crocs into proper hiking boots, took off. 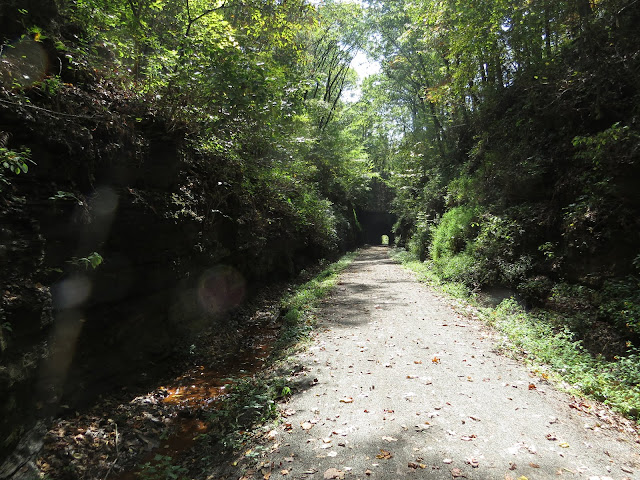 Though not visible from the parking area, with a little walking the tunnel was soon in sight 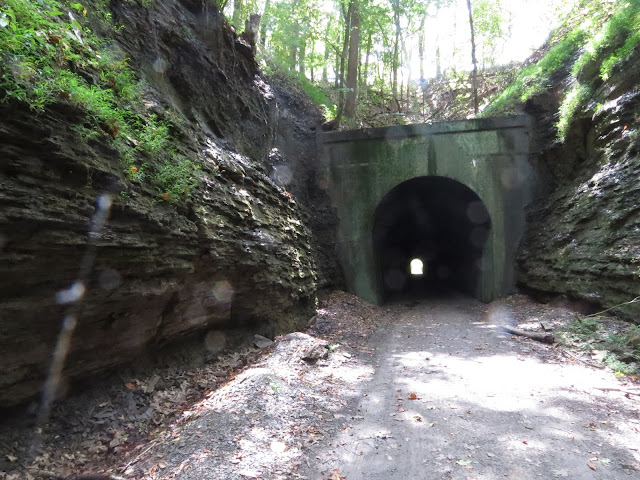 and I was so engrossed I didn’t notice that the camera lens needed to be cleaned of dust and spider webs - badly!

A few steps after I took this photo I was struck by a deliciously refreshing cold-front wafting out of the tunnel. 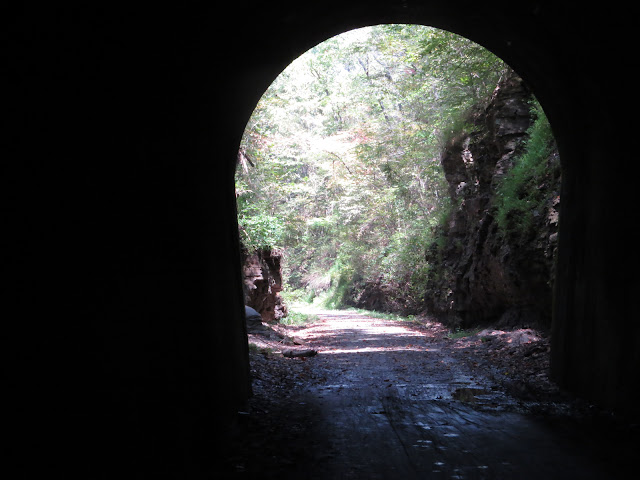 As I entered and was enveloped by the 55 degree air I looked back and thought; This would be such great sleeping weather! I know I’m not allowed to drive The Van on the trail, but would it be OK if I just pushed it down into here for the night??

OK, probably not, and I waved the thought away like I was clearing cob-webs, or flying monkeys, 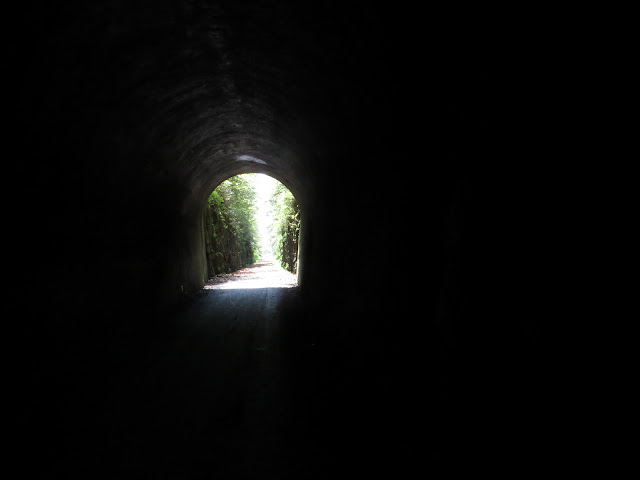 and continued making my way towards the far end.

Originally this tunnel was 800 feet long but at one point a section of the roof at the southern end collapsed and after repairs the tunnel itself is only about 570 feet long now.  Just long enough to make a light of some sort worth thinking about. 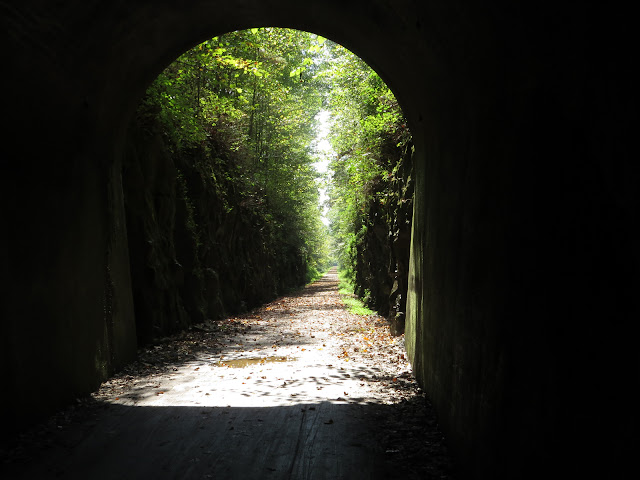 On this day the tunnel floor was slightly wet but firm, unlike some I've been in with a foot of loose guano underfoot.

Because of time issues, once I poked my head out the other end of the tunnel I turned around and headed back, but this is a place I’ll be back to!

At 55 miles one way, starting/ending at El Dorado in the north and ending/starting at White Hill in the south, it would be a little much, to say the least, for the out-and-back ride the single-vehicle, lone traveler must do, especially if he is old and pokey and doesn’t spend all that much time in a bike-saddle in the first place, but there are plenty of intermediate parking areas along the trail to break it up into segments. The grades are reported to be mild, with Tunnel Hill being the high-point of the trail, but I’ll still probably plan for the outbound leg to be towards Tunnel Hill saving the downhill ride for the return leg. 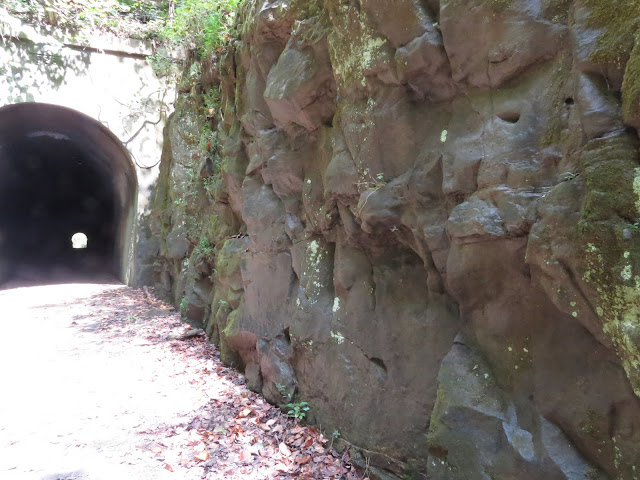 One final thing I want to point out before I need to get on out of here is that as relatively short as this tunnel is, even though it's two sides of the same ridge, the rock at the south end 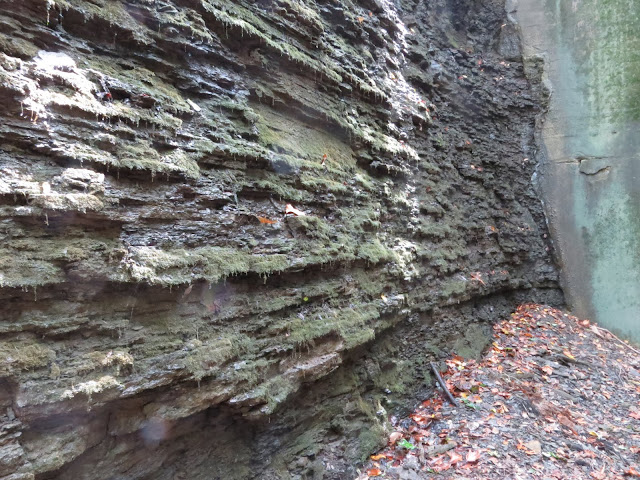 is distinctly different than the rock at the north end. I suppose it has something to do with how deep into the ridge the cut is, but I don't know for sure.

I often think that it sure would be nice if I could carry experts in my pocket. It seems like I’m always wishing there was a geologist, a research librarian, a historian, a biologist, a botanist, a theologian, etc. available to answer questions and enlighten me.  Yes, I know, I do have the web in my pocket, but a few quick finger-pokes at the internet are a poor substitute for years of focused education and study. 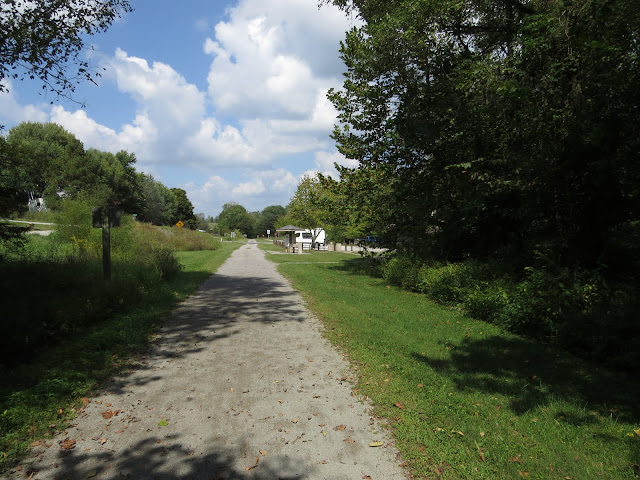 For now I’ll have to settle for returning to The Van and getting to the ranger station in Vienna in time to ask a few questions about the obscure little Kaolin Pit; namely, can I get The Van into it, and can I park there overnight even though it’s a trailhead.

OK, a word of warning! When driving south on US-45 into Vienna there’s a big USDA sign on the right. That’s not the ranger station.  It’s some sort of agricultural land-use office and they don’t have any information about the Shawnee National Forest. The place you want to go, the Hidden Springs Ranger Station, is about a mile to the south on the left side of the road.