The Season of Love Approaches For Our Local Cervids


I looked out at the pond this morning and spotted the group of bucks that have been hanging around most the summer.

Big deal. I've got loads of photos of these half dozen antler-wearing Whitetails moldering away in my camera already.

Except that today a couple of them started sparing in earnest, heads lowered, antlers locked, while the bystanders either looked on with the interest of bookies figuring the odds or were furiously abusing the nearest bush as they laid down their own scrapes, the buck's version of Kilroy Was Here. 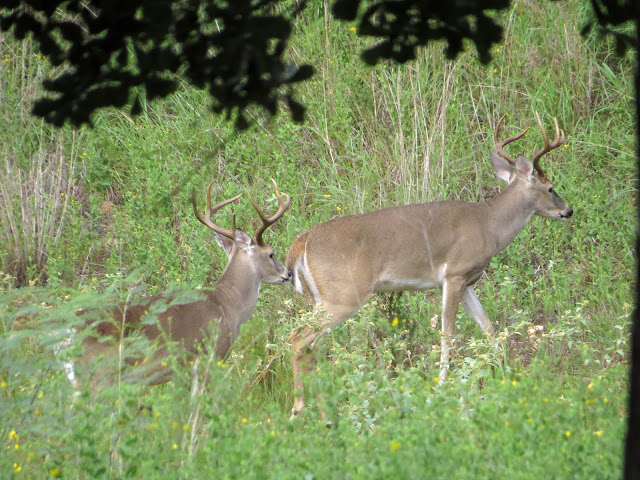 At one point I had a nice buck, the elder of the group that knows better than to get involved in this early-season sparing and instead save his energy for later when it counts, looking straight at me from the far edge of the pond showing off the thick neck and powerful fore-quarters of King Buck, all perfectly framed in the middle-ground by the overhanging branches of a Water-Oak on this side of the pond.

Unfortunately the zoom mechanism on the lens of my used-and-abused camera locked up when I turned it on and by the time a couple of serious whacks convinced the damn thing to work, albeit rather grumbly as the gears ground through what sounded like a whole beach full of sand, the moment was lost as the deer began to move on up the hill. 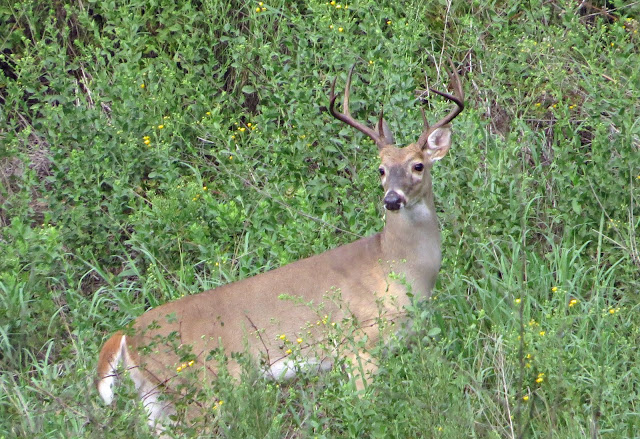 Leaving me with a rather mundane consolation prize of a photo. 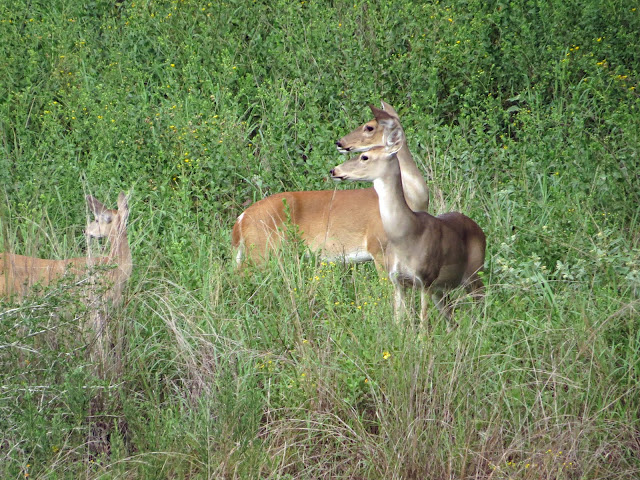 In the meantime the ladies didn't need working cameras to start checking out this year's pickin's.