Walked out of the barn this morning (Oct 30 in real time) and the pond was full of big white birds!

We get various cranes, ducks, and herons out there, but mostly in ones and twos. This is the first time I've seen so many in the pond at once, a good dozen or more. (I was too busy trying to ease up to a vantage point with my camera without scaring them off to take a proper count.) 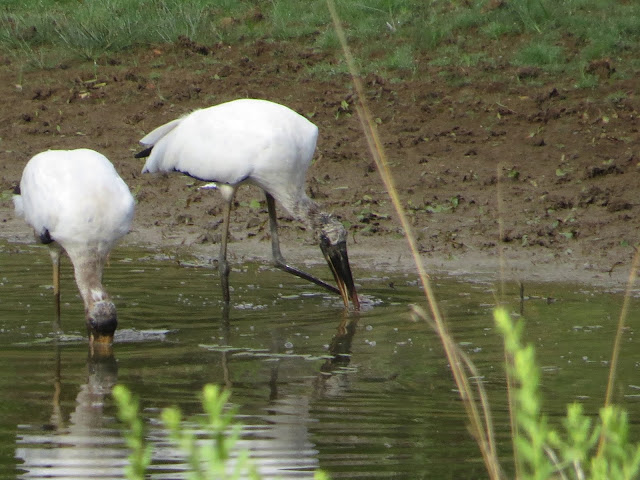 This is the first time we've seen these big-ass Wood Storks around here, and there was a good half dozen of them, all adults with the nearly full blanket of white feathers covering the black wing-tips at rest. 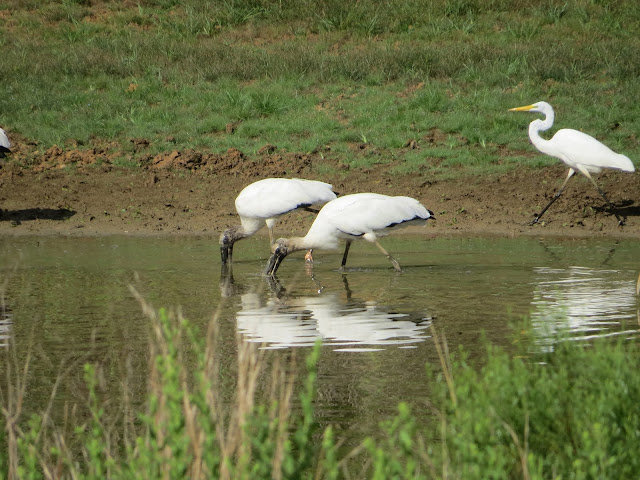 This shot shows just a hint of the stark black flight feathers that cover about half the wing when in flight. (I missed getting any 'flight' shots because my camera ran out of battery at just the perfect moment. . .) 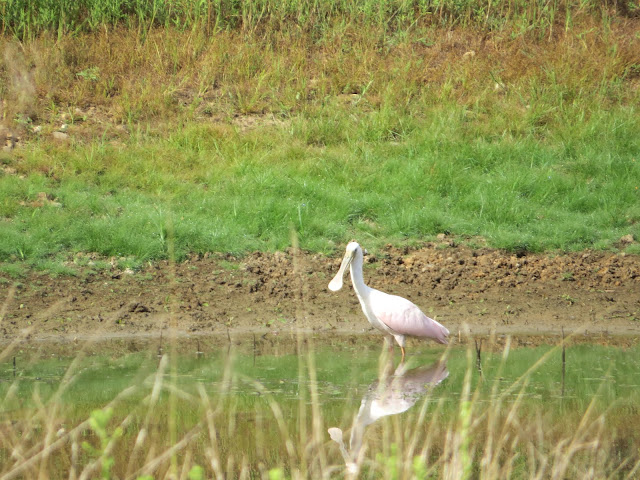 There were also several of these Roseate Spoonbills mixed into the flock (An equal opportunity flocking!) 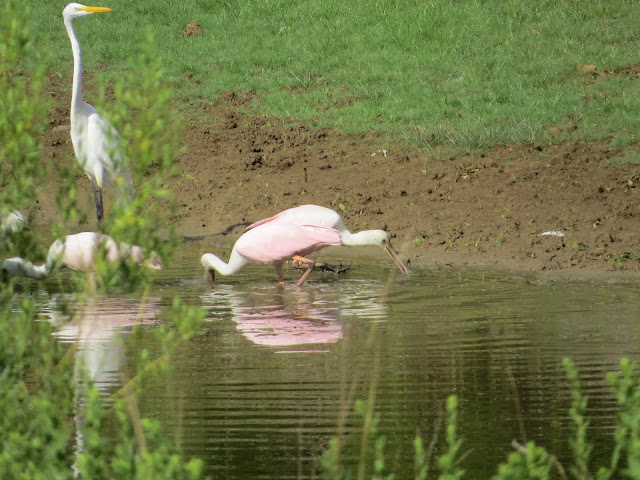 Here, although trying to 'read' this double-headed shot is confusing, the roseate coloring is a little more pronounced, but these are all probably juveniles that haven't had a chance to fully develop the striking 'orange sorbet' coloring they will have later. 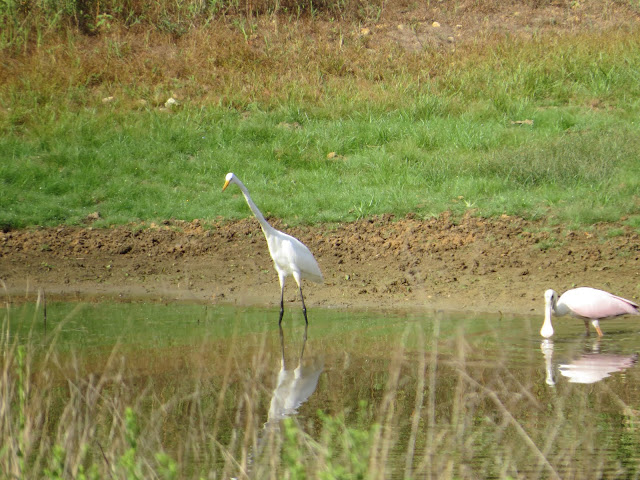 Mixed into this flock were a few Great Egrets.

It must have been tough for the egrets since they rely on stealth to stalk-and-strike while the spoonbills, with very little subtlety, just jam that bill down into the water and swing it side to side until they just happen to encounter food.

And the Wood Storks can't be helping things either since they also stick their open bills into the water then stamp their feet to flush fish into harm's way.

None of these birds are very chill and it doesn't take much, just something like me pulling the camera away from my face to verify that the red flashing light nagging me from the corner of the viewfinder is the battery-has-died alarm, to scare them off.

As soon as the first bird launched itself, with a squawk about as ungainly as his transition from wading to flight, the rest followed and within seconds the whole flock had disappeared over the trees.