Ahh, finally back on the road after a looonngggg hot summer (Hottest September every recorded in Central Texas!) 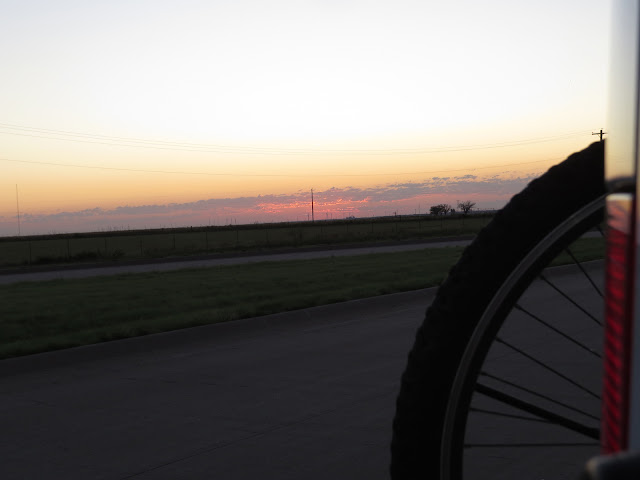 Sunday morning sunrise at a rest stop on US 287 a few miles east of Quanah, Texas.

Anybody else remember the 1975 release of Sunday Morning Sunrise (From the Matching Head and Feet album) by Kevin Coyne? No? Well perhaps if he had accepted when Electra Records founder Jak Holtzman asked him to replace Jim Morrison as the front-man for The Doors he might be a little better known. 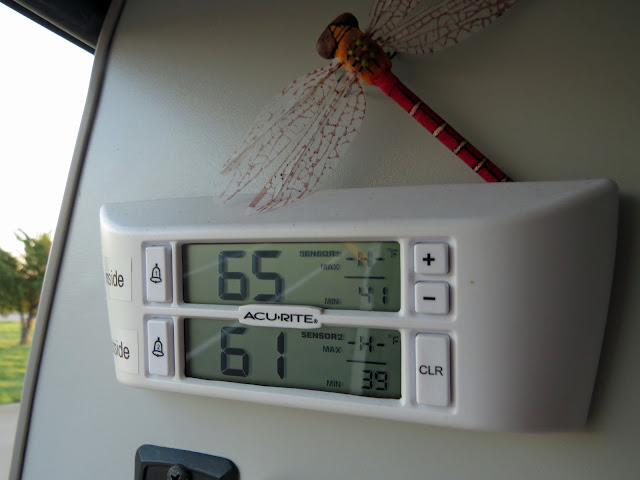 It's the coolest morning The Van has seen since April. 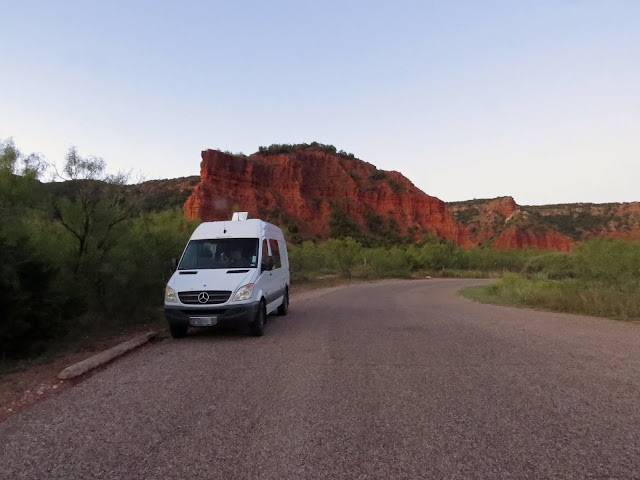 And by sundown I am parked at tent-site 49 in the far end of the South Prong Canyon of Caprock Canyons State Park (TX). A hole in the Caprock Escarpment which sits between the High Plains to the west and the Rolling Plains to the east. A spot where no cell signal, and not even the NOAA weather broadcasts, can reach.

OK, I know it doesn't look much like a campsite. In fact the actual campsite is about a 10 yard walk-in to the south, or left, and The Van is forced to sit right alongside the loop. But this loop is the end of the road, protected from the rest of the world by a park entrance fee and a couple of short but sharp 16% grades, and during the week sees little traffic, with virtually none after sundown.

Besides, the only other option in this day and age of can't-live-without-it $500 coffee makers and satellite TV is to camp up on the canyon rim in the cheek-by-jowl water-electric sites of the Honey Flats campground.

Not only is Honey Flats twice as expensive, (for stuff I don't need) but even during the week it is fully populated by rigs with outdoor entertainment centers, beer-drinking buddies, camp-fire addicts, and home-schooled kids running amok. In other words, the nuggets of society. Definitely not my scene.

(Nugget: A lump of questionable nutritious value with a half-life nearing that of spent Uranium, and just about as useful. - And, of course, I myself am one of those nuggets I'm trying to stay away from, but I can tolerate, just barely, my own company.) 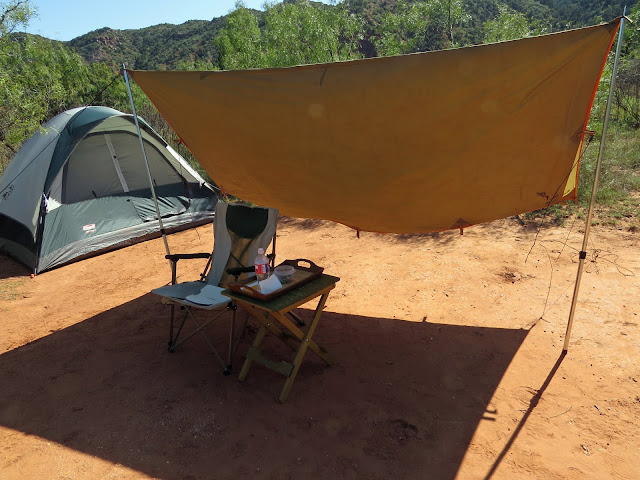 Well hell! Throw in a little shade, a snack, along with a magazine and a couple books, and what more could a guy ask for?

And no, I don't actually stay in the tent. I just put it up as a place-holder. 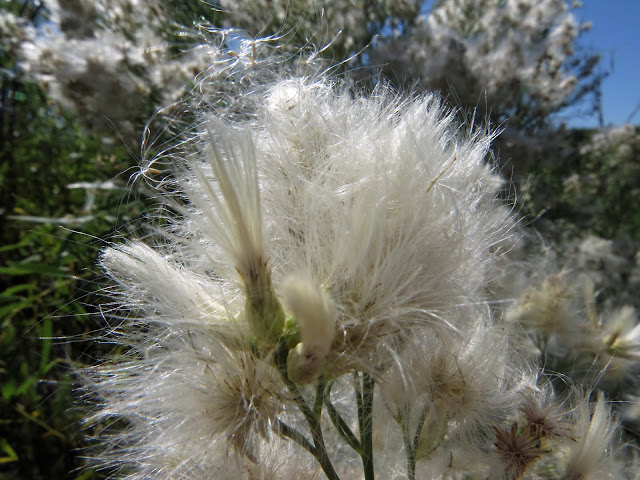