The Tinaja and I Must Be Giving Off a Vibe 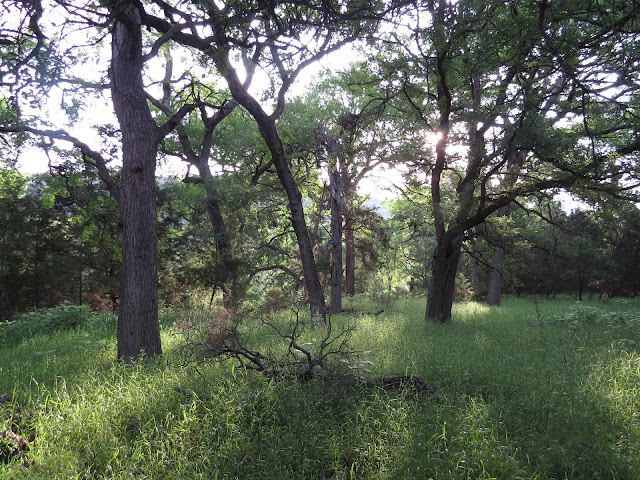 So on paper the forecast for my week here at Colorado Bend State Park is not great, but in reality it's not all that bad either.

This morning (May 21) there's even signs of some sun. 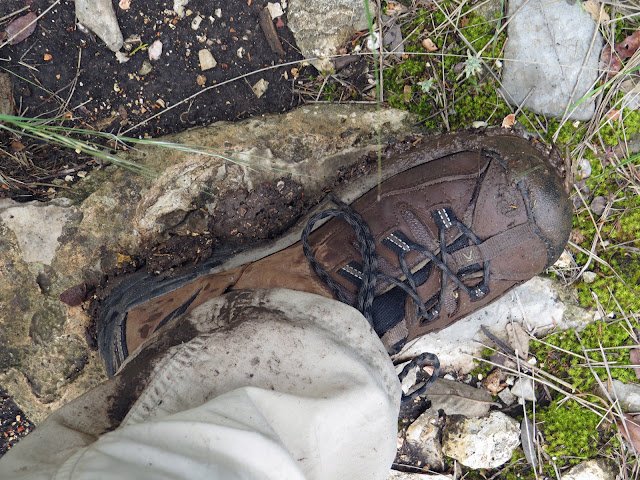 Though it's going to take more than that little bit of sun filtering through the trees to dry things out around here.

Today my destination is the Tinaja, (Te-na-ha) but, of course, as Harry Chapin pointed out in his song Greyhound, it's the going not the getting there that's good. 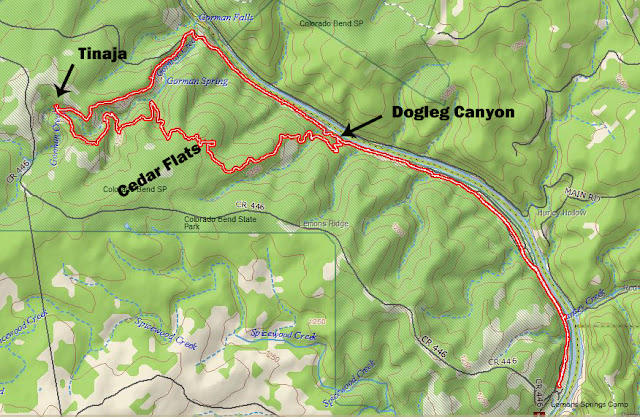 The 'going' today is up Dogleg Canyon, across the Cedar Flats and down to the Tinaja nestled in the Gorman Creek Canyon. 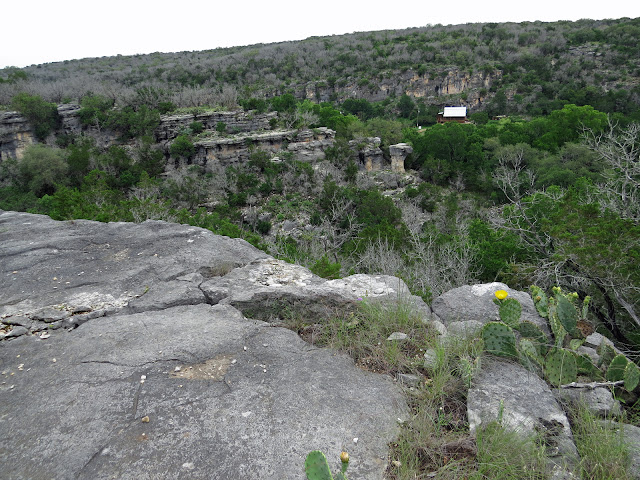 It's a steep climb up Dogleg Canyon from the River.

That bright roof is a cabin on the other side of the river jammed in between the water and the bluff along with a sketchy access road used by the thin, flood-prone string of similar stilted retreats along there.

The hoodoos just below and left of the roof are at the mouth of Dogleg Canyon on this side of the river and we'll briefly visit them again later today. 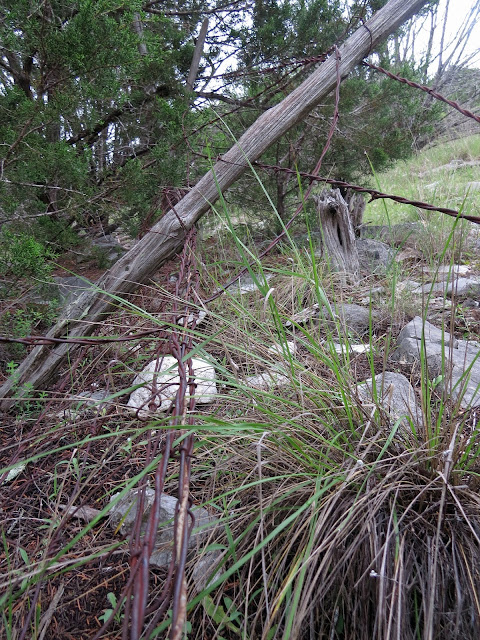 Just above the dog in the leg of the canyon signs of former ranching operations start to show up. 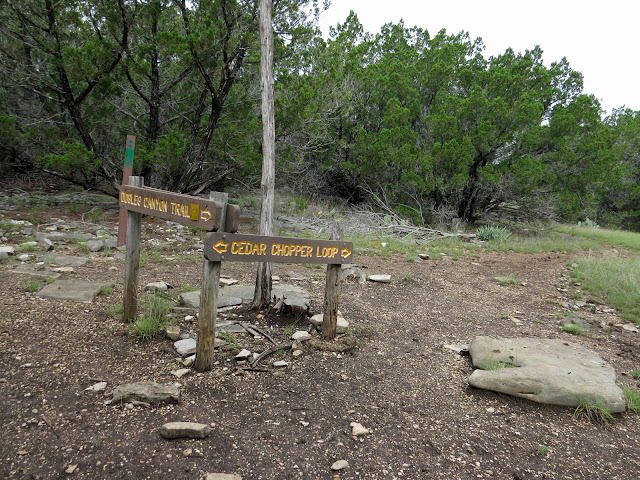 And just about 4 miles into the hike I switch from the Dogleg Canyon Trail onto a segment of the Cedar Chopper Loop. 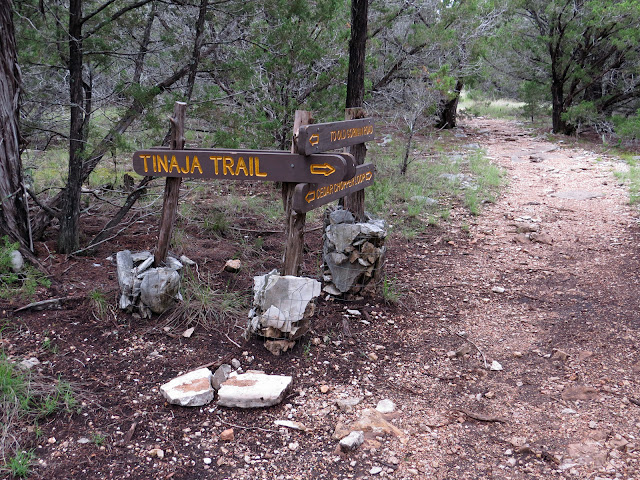 Then, a little less than a mile later, I switch over to the Tinaja Trail. 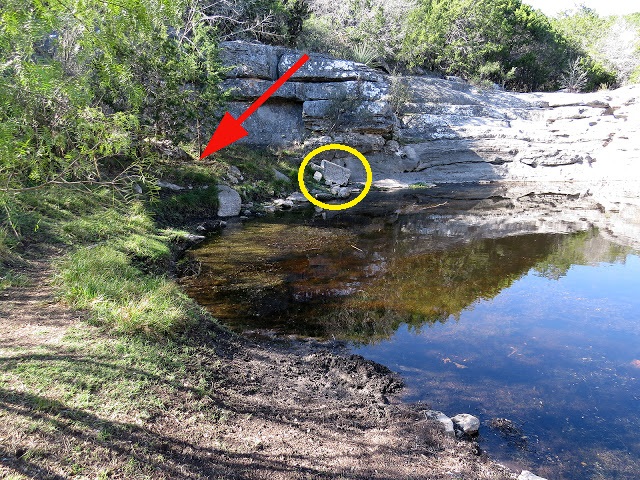 Last time I was here at the tinaja I ate lunch over there under the red arrow. This time - well notice the circled rock in this photo of my previous visit? 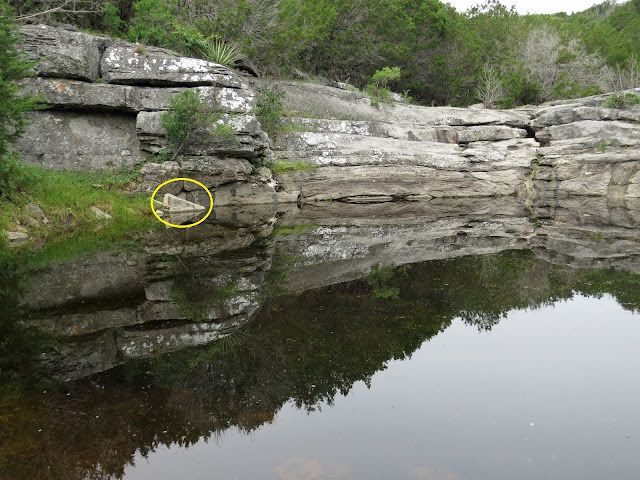 Today the water is high enough to partially submerge that rock and make my former lunch-spot just a little soggy, 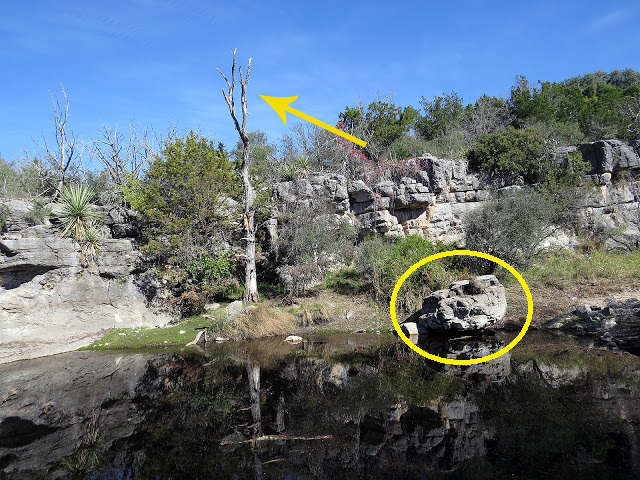 so I had lunch on the other side of the tinaja while perched high-n-dry there on top of that rock instead.
But that too created a slight issue that's about to appear there in the top of that old dead tree. 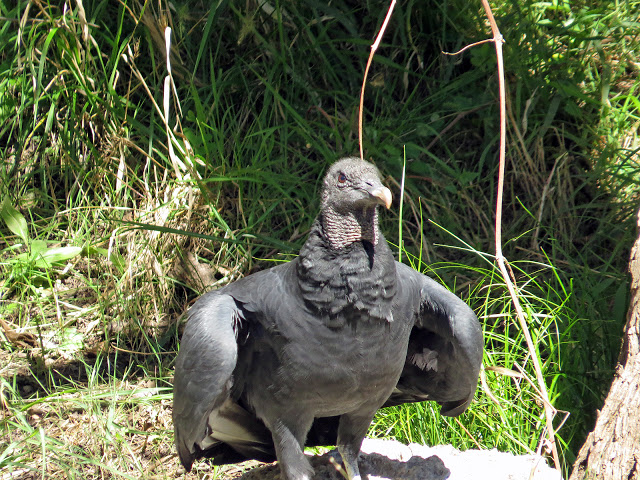 Last time I was here I was watched over carefully by a bonded pair of nesting Black Vultures - you know, just in case I keeled over dead and turned myself into a snack. 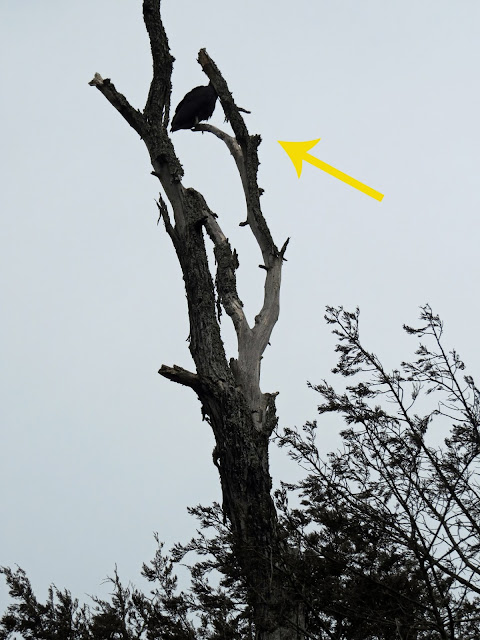 Well that pair are still here today, and still keeping a pretty damn close eye on me!
I don't know, maybe I'm just giving off a near-death sort of vibe or something - - - 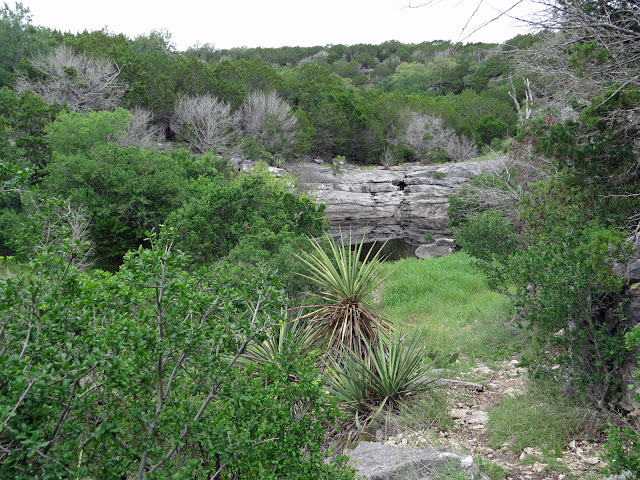 But I disappoint them today and eventually, not buzzard food just yet, leave the tinaja and make my way along the Gorman Creek Canyon back down towards the river. 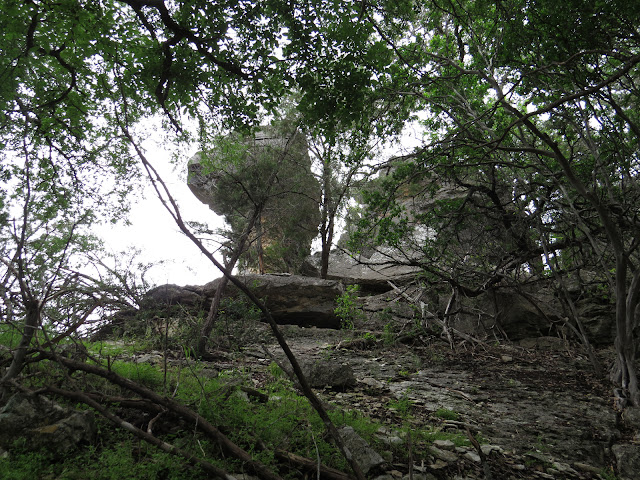 When the hoodoos loom up above me there along the River Trail I know I'm about to close the 'loop' on this lollypop hike and have just about three miles of 'stick' left to get back to The Van. 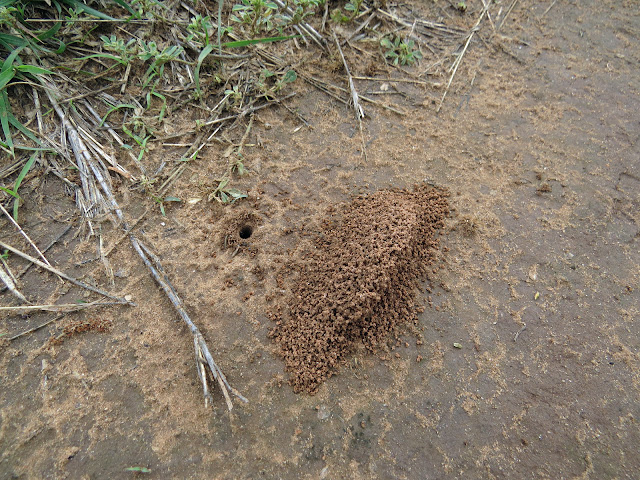 But before I make it there I come across one more interesting phenomenon.
I'm not sure just what is living down there in that pencil-sized hole, though there are some pretty big ants that call this place home, but whatever it is, rather than the usual crater-shaped structure, 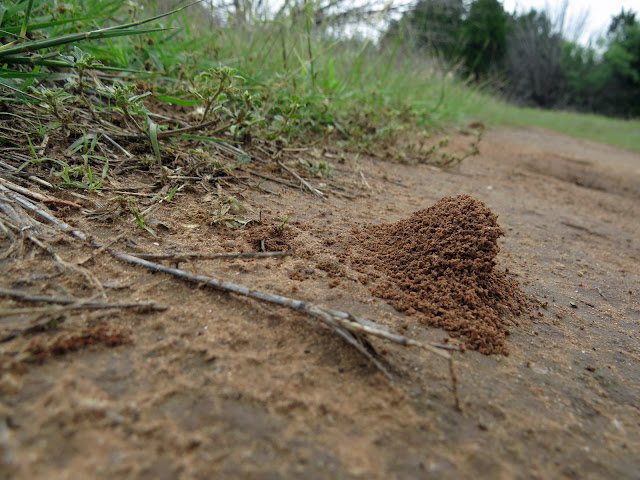 this looks more like a wind-break instead.
But it doesn't really matter just what is making it, it's still a pretty cool way to end this hike.