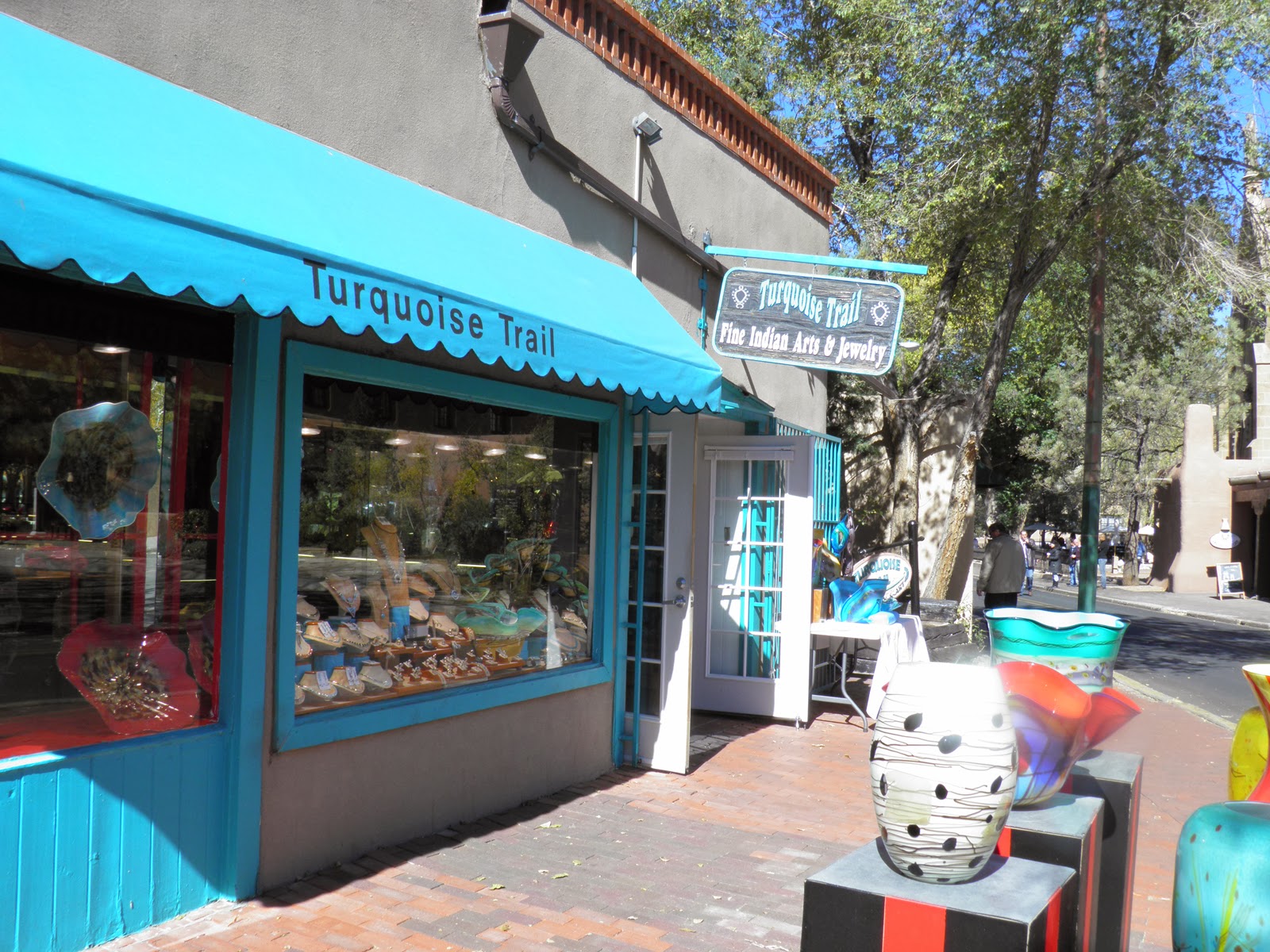 Everything went as planned and I got on the bus this morning to go to downtown Santa Fe. Santa Fe is very southwest with lots of adobe and lots of Spanish, which isn’t all that surprising since it hasn’t been all that long ago that New Mexico was part of Mexico. In fact there was one store I went into here in New Mexico, maybe the one in Cimarron, where the aisle signs were in Spanish with small English below. 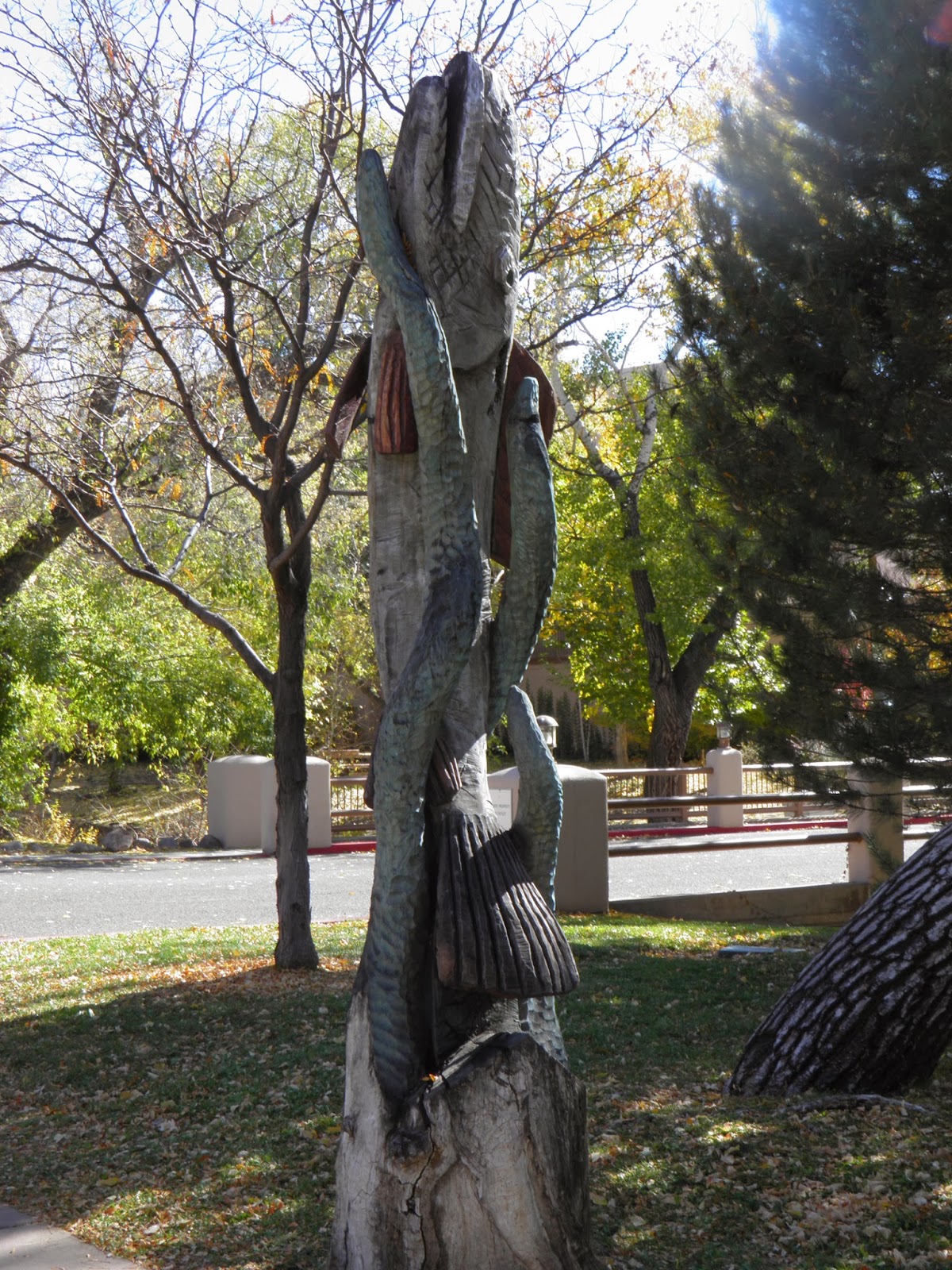 Santa Fe is also very touristy. Not a big surprise. Lots of vendors were set up in the plaza downtown selling artwork, jewelry, blankets, etc. and the shops around the plaza were clearly aimed at the passing visitor.


I sure am glad I did the bus thing! As you would expect from the oldest continuously occupied settlement in North America, the roads are confusing and narrow. I suppose if you know what you are doing it's not so bad and there is parking available if you know were to look for it, but even so you need to be prepared to walk.


I spent about 3 hours of my day in the New Mexico History Museum and then that many again hours walking the streets (No not that kind of street walking!!) looking at galleries, shops, surprisingly few restaurants, lots of churches, etc.. 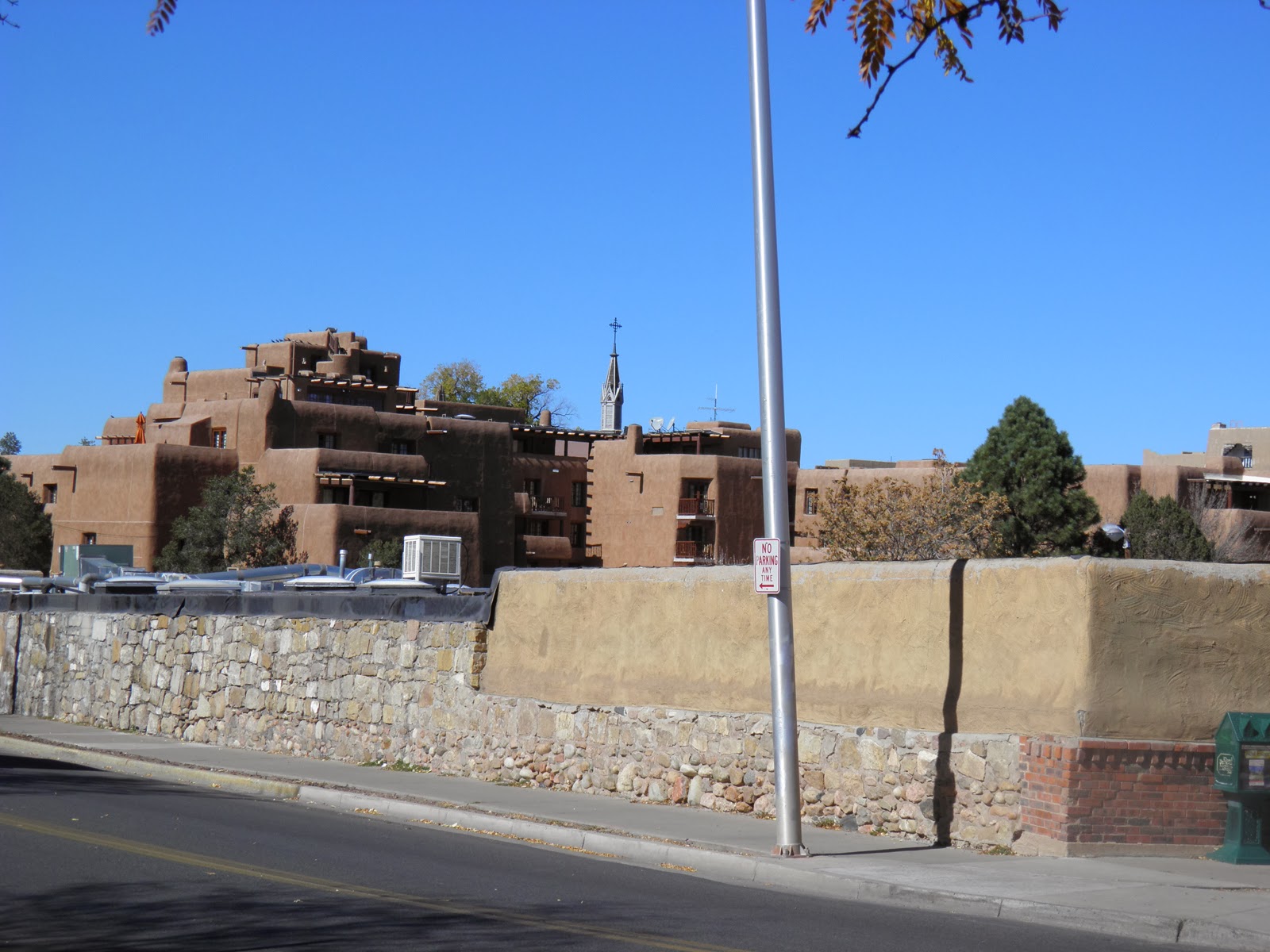 I finally found a battery for my camera in, surprisingly enough, a camera shop! It was pretty pricy and I still had to charge it before I could use it, but I only managed to nurse a handful of shots out of my old battery today. Which was disappointing since there was some amazing artwork and interesting sights to be seen, some in the shops and some in the public domain.
After so many hours of walking concrete I just sat in the plaza and watched this little corner of the world go by for a while as my feet rested before heading the two blocks over to the bus terminal to head back home. 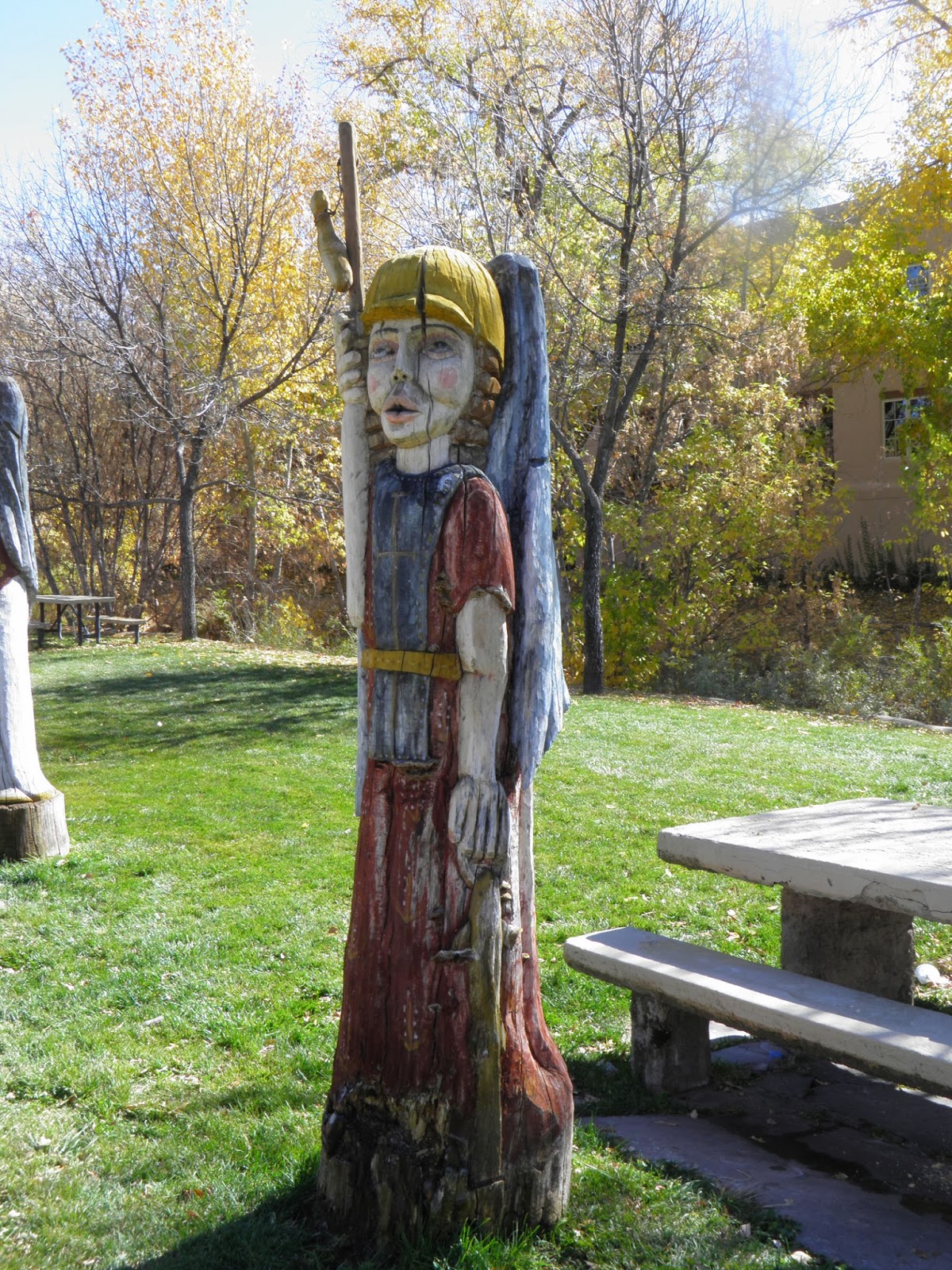 At the end of the day the bus dropped me off right at the entrance to the campground and all-in-all the whole thing was easy and painless.

It sounds like it’s going to freeze tonight and the campground people are making sure no hoses are left out. No problem. I only hook to water when I’m filling the tank and all my tanks and piping are inside the rig. 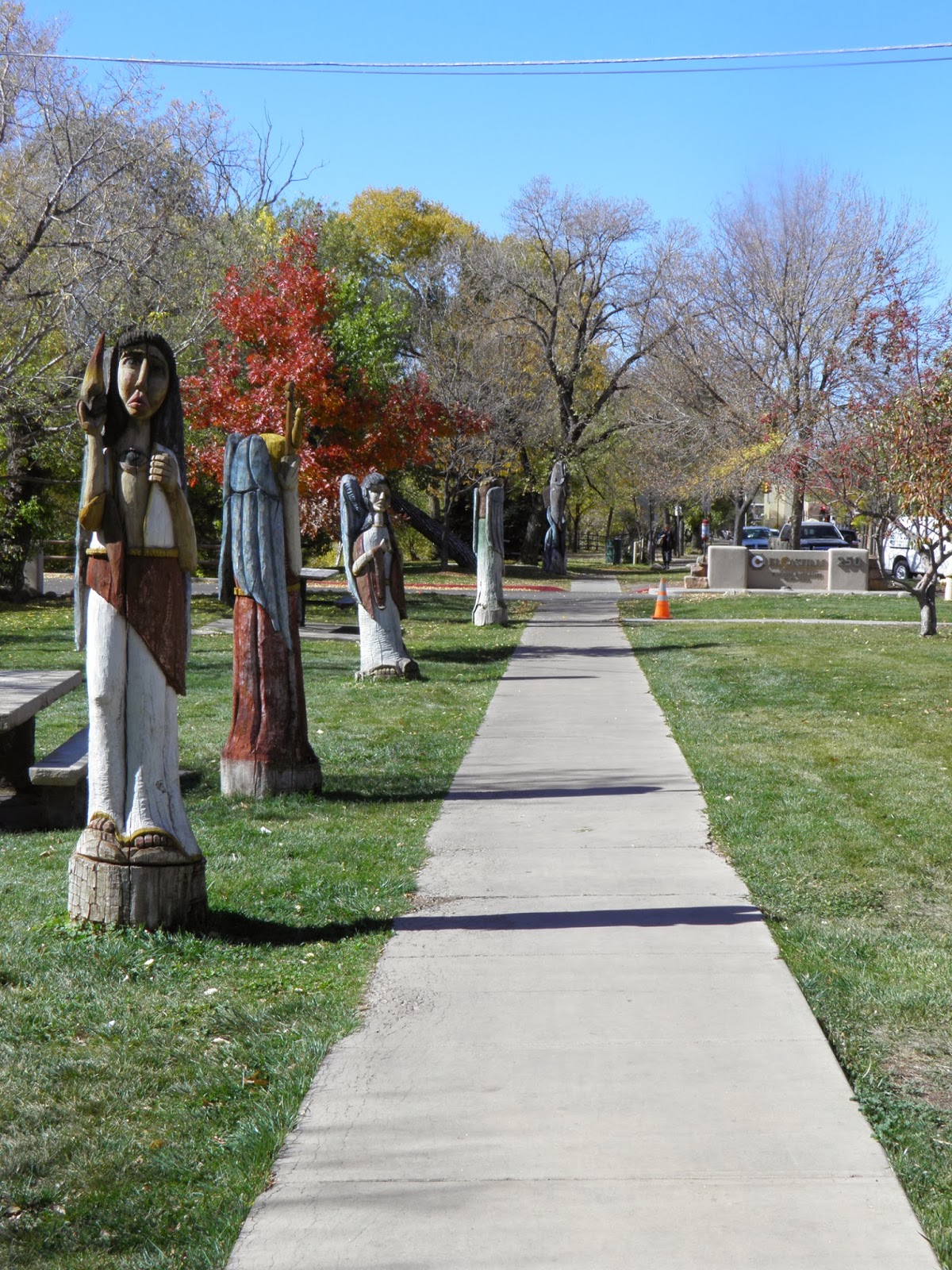 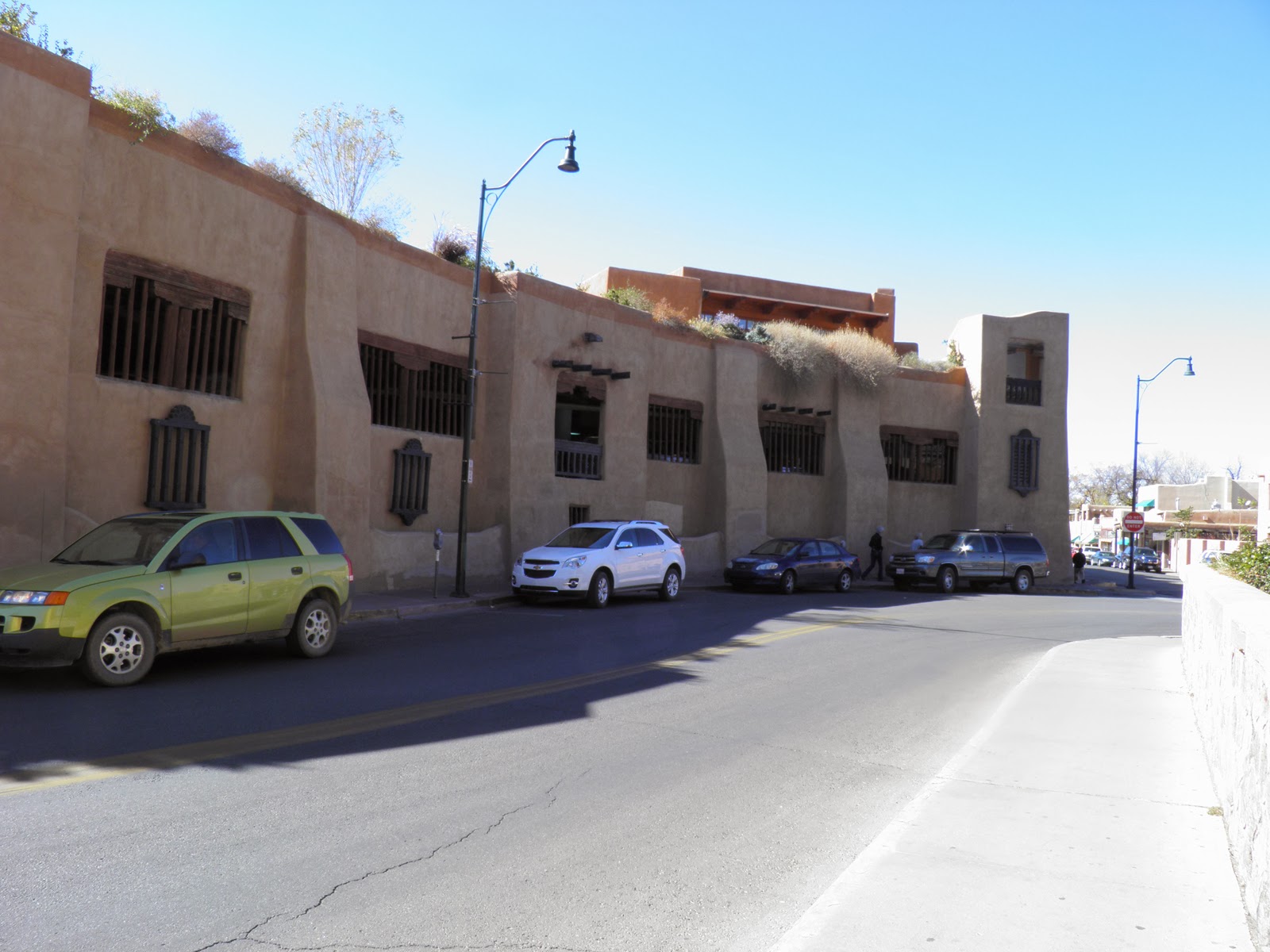