And that means the summer camping hiatus is almost over! The kids are back in school, (Sigh of relief. Even though I don't have any school-age kids of my own I still have to suffer when they, and their parents, are turned loose on the world to run amock among us. . .) we are set to see our first cold front of the season in a week, and the deer are getting in the mood. 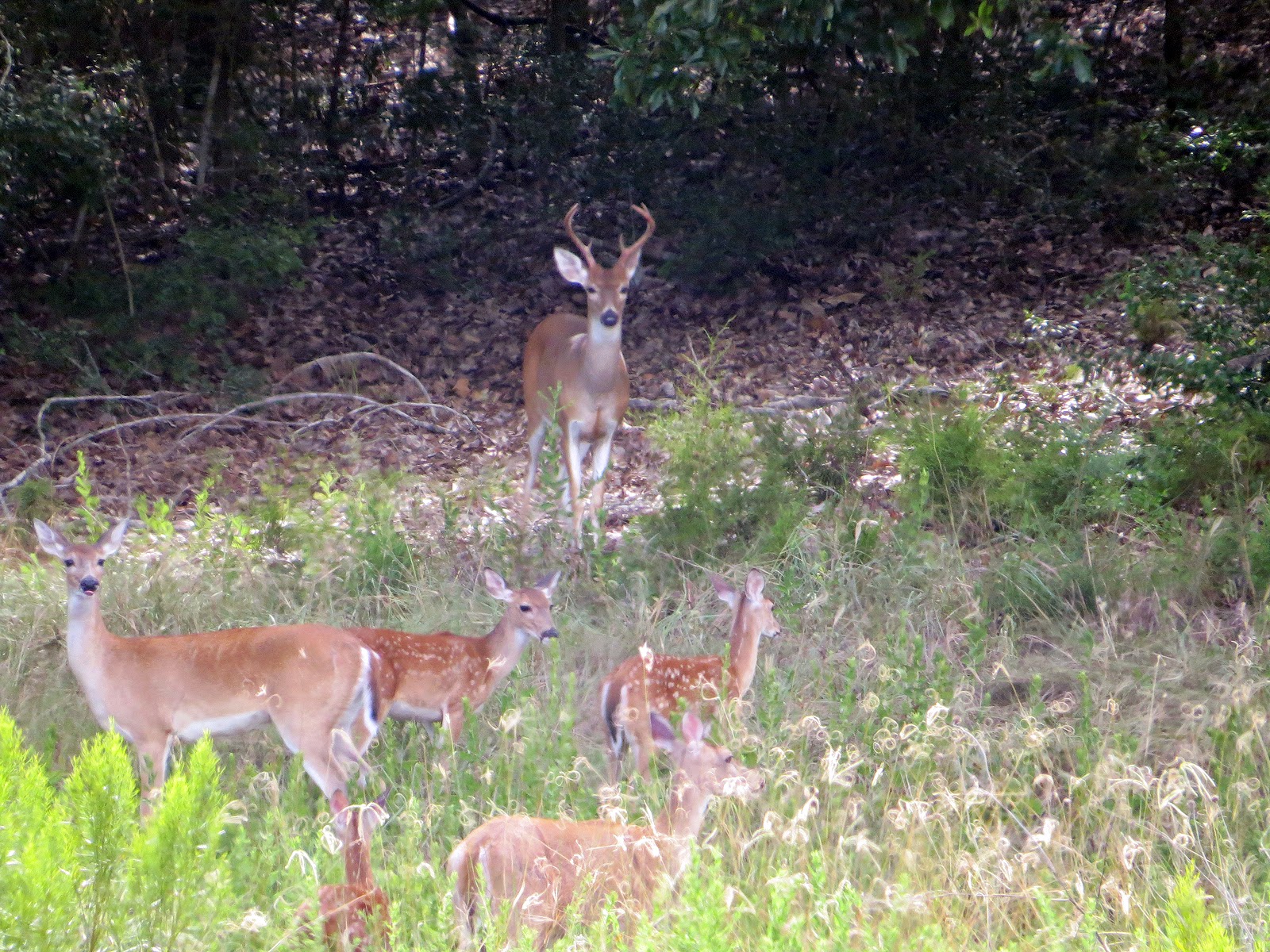 A few days ago this spindly 6 pointer was lording over a pretty good sized harem. Though I'm pretty sure he was just play-acting while he could before the big boys get into the mix. 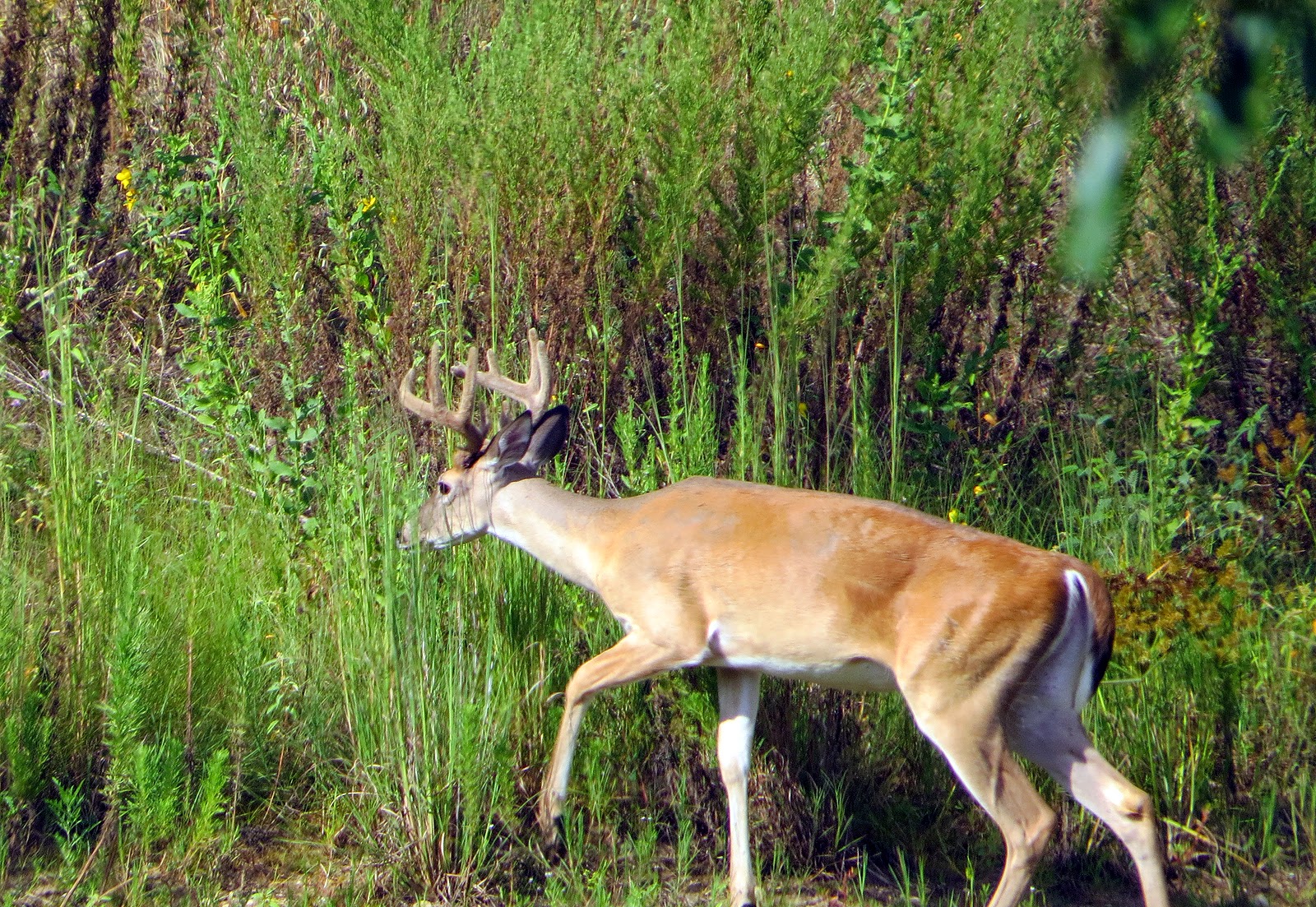 And judging by this guy that was wandering around a couple hours later, also a 6 pointer and still in velvet at the moment but clearly more heavily developed, it won't be long before the little upstart is sent on his way. 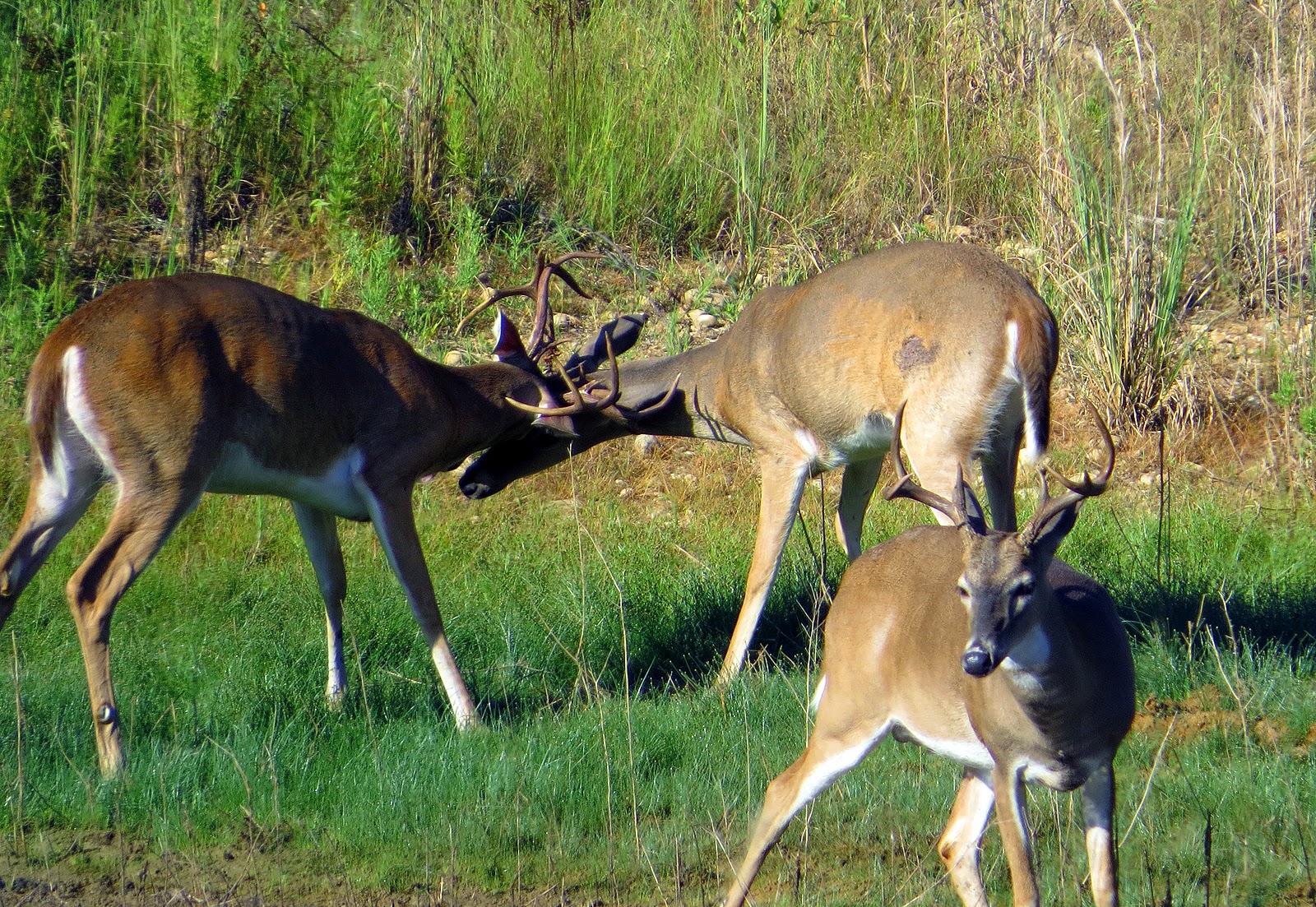 And then this morning this group was tussling down by the pond. With racks extending well beyond their ears and not a bit of velvet in sight on any of them, they were digging in and rattling, though they didn't seem overly serious about establishing a king of the hill just yet. 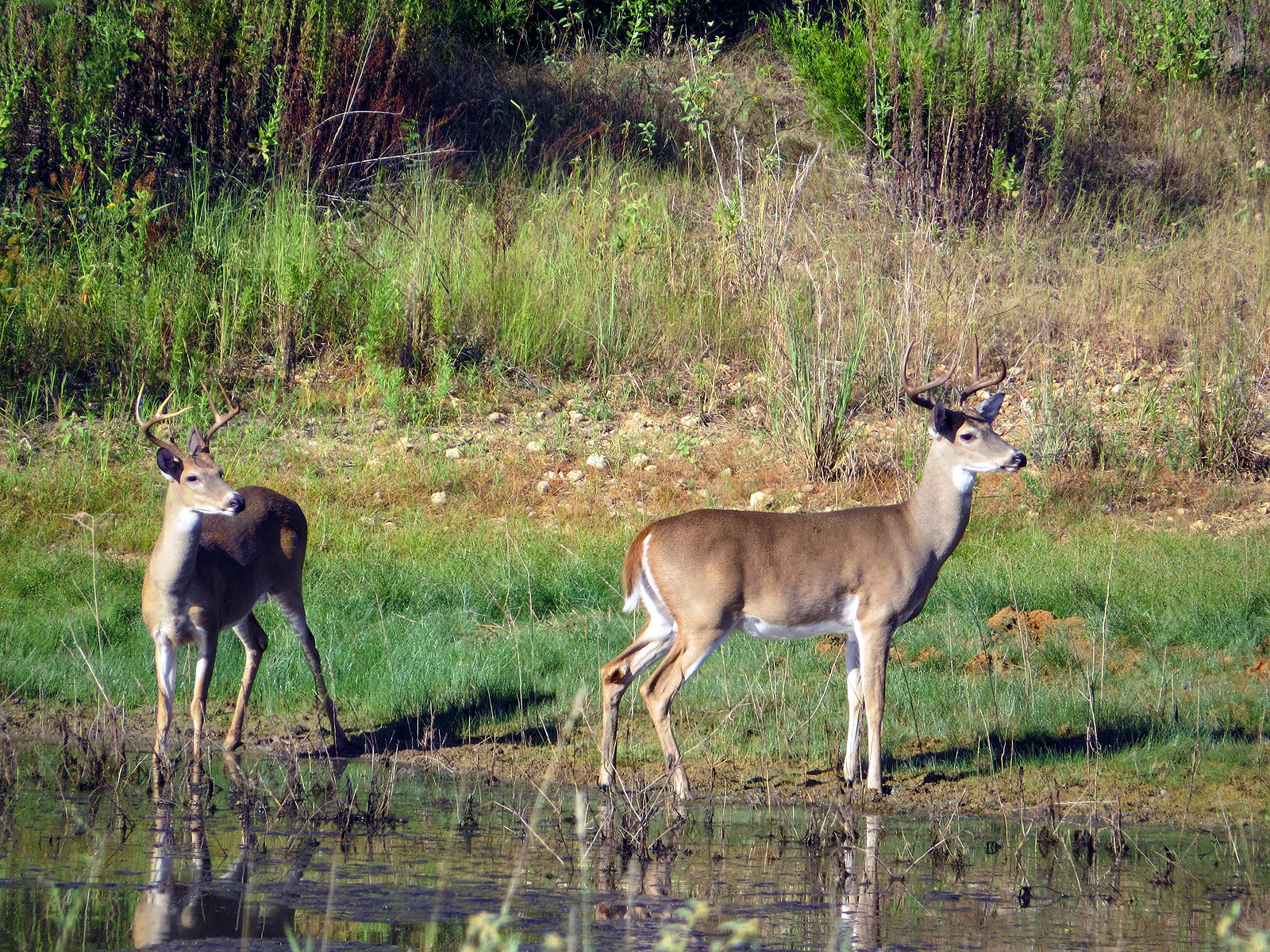 But that won't last long as every little noise and rustle has them interested.

For hunters this is a sign to start getting their gear ready; for me, a non-hunter, it's an indication that it's time to start keeping an eye on the weather and get ready to hit the State Parks for as many mid-week getaways as I can fit in.