Still Working on Getting this Retirement Thing Right. . .


I'm roughly 3.5 years into retirement now and I clearly haven't got it quite figured out yet. Oh I think I'm doing pretty well in action, but evidence suggests that I still suffer the psychological scares of a 'productive' life. 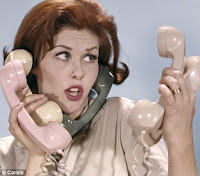 I recently received a flurry of phone calls from family and former work-mates. In fact, in the last two weeks I've made or received 8 phone calls!! (I counted.) Now you have to understand that for me this is notable since the Recent Activity list on my phone usually shows, if anything at all, one or maybe two calls a week, and that's incoming and outgoing combined.

This unprecedented ring-tone event was a confluence of my Chilean brother (An exchange student that lived with us when I was a kid.) visiting the family up in Michigan and some major developments at the company I used to work for. (It looks like the French masters that bought the company 8 years ago have well and truly screwed the pooch, which, after all, is what the French are best at. The stock price is less than a quarter of what it used to be when I left and Friday there was a major round of layoffs including the 71 year old 40+ year employee that hired me back in '81.)

At some point these calls inevitably get to the 'What are you up to?' or 'What have you been doing?' or even the innocuous 'What's up?' stage. Now that might seem like a fairly normal and inoffensive question to ask someone you haven't seen in - well - forever, but since retirement questions like that send me into a panic.

I'm like that little boy sitting at the dinner table when he suddenly realizes the frog isn't tucked safely in his pocket any longer. There's a moment of stunned inaction, then his face flushes and he chokes on his Spaghettios while trying to surreptitiously peek under the edge of the table-cloth hoping for salvation in the form of a docile and cooperative amphibian, or in my case, a comprehensive list of productive activities I've 'been up to'.


You see, I'm a product of the 50's and 60's. A product of parents from humble beginnings working hard and steadily realizing the American Dream. (Of course back then the American Dream was a lot more realistic and didn't include obscenely grotesque McMansions with a driveway full of the latest in transportation, both land and sea, and being first in line at the fast-food drive-through! But that's another post altogether. . .) A product of immigrant grandparents that truly knew the meaning of sacrifice and labor and the value of the precious blessings they did have.

And I certainly don't mind being a product of all that! That morality and work-ethic served me well and I was able to retire debt-free at 58 in large part because of it, but when my answer to the 'What'ch doin'' question used to be:

Designing and building another 3 million dollar, cutting edge data center.
Managing 40 or so international high-tech computer geeks.
Conceiving, designing and testing a more efficient and effective cooling plant control system all the 'experts' claimed would never work. (But has since become something of an industry standard. Don't you just love 'experts'!!)
Making sure 60 million dollars worth of computers stay healthy and running 24/7/365
Flying over to Europe for a series of meetings.
Presenting a paper on Supply Side Control of High Density Data Center Cooling Plants at a conference in Seattle.

I finished a 2000 piece jigsaw puzzle last week.
I planted the winter vegetables a few days ago.
I went to town for groceries yesterday.
I filled the bird feeder this morning. 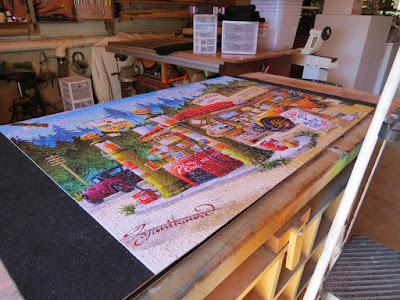 Don't get me wrong. I'm good with my life as it is now. In fact I like my life now even if it does sound - well - mundane.

I get up in the morning with the sun rather than at the prodding of an alarm-clock. I can actually take a deep breath and savor it. I feel lighter inside than I have since right around when puberty hit and responsibilities and expectations became serious stuff. And the thought of going back to a regular job gives me the cold sweats.


Intellectually I know that all is right with my life, (OK, most of it is right.) but somehow, deep down in my psyche, when challenged by others to justify myself, my 'worth' is still inexorably tied directly to my measurable and bragable productivity. 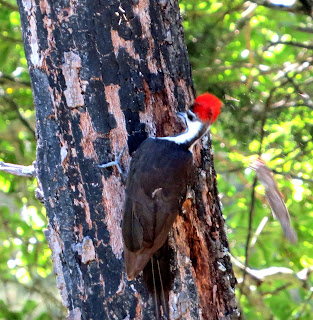 (OK, while writing this a Pileated Woodpecker, big birds about twice the size of the more common Ladderbacked Woodpeckers, started working on an old dead oak just over my right shoulder and I stopped and watched for a while. When he flew off I was in no rush and just stood and looked at the pond for a while longer. Not that there was anything of note going on down there at the pond. I was just watching it while listening to the tireless double-'coo' of a nearby Inca Dove.  Now just how am I supposed to convey the importance and the value and the worth of those moments to someone who's indentured themselves to the mortgage company, the banks, the credit card companies and private schools, and must focus desperately on the next almighty dollar or loose everything?) 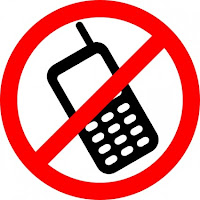 I'd like to get rid of that lingering remnant of my old life, that need to have my self-worth measured by the length and 'societal-relevance' of my list-of-deeds. But since I'm retired I'm pretty sure $180 an-hour therapy sessions are out of the question. . . Maybe I should just get rid of the phone!??