OK, I admit that if you discount my after-dark trip to point of interest #5, the Scenic Overlook, nothing too dramatic happened at South Llano, but technically I did survive!! 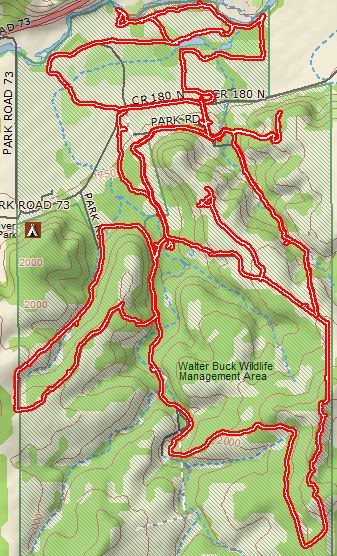 After that ill-advised first-night visit to the overlook, over the next three days I covered just shy of 25 miles of trails, about 4 on the Quad-B and the rest on foot. 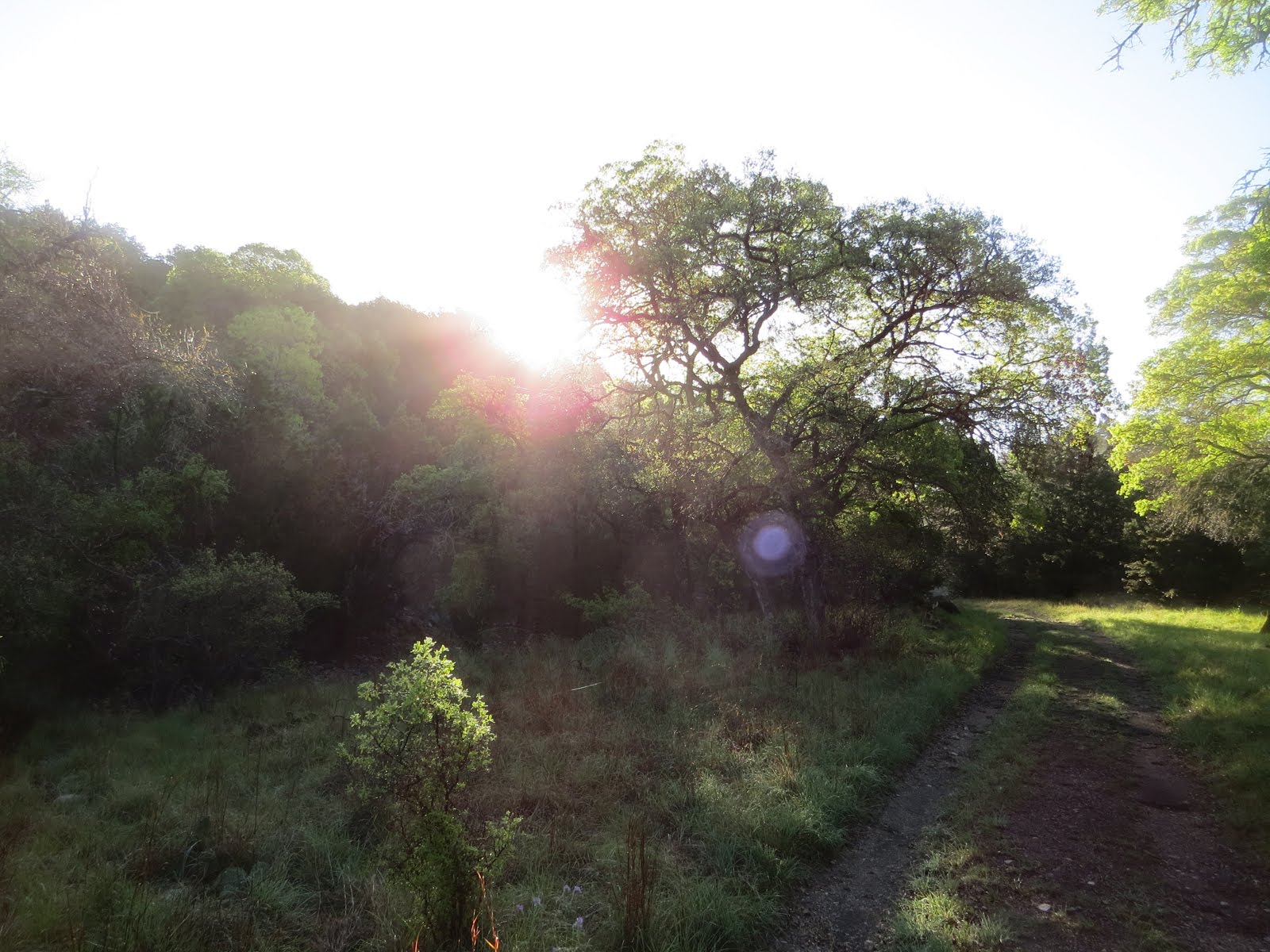 I tend to hit the trails early 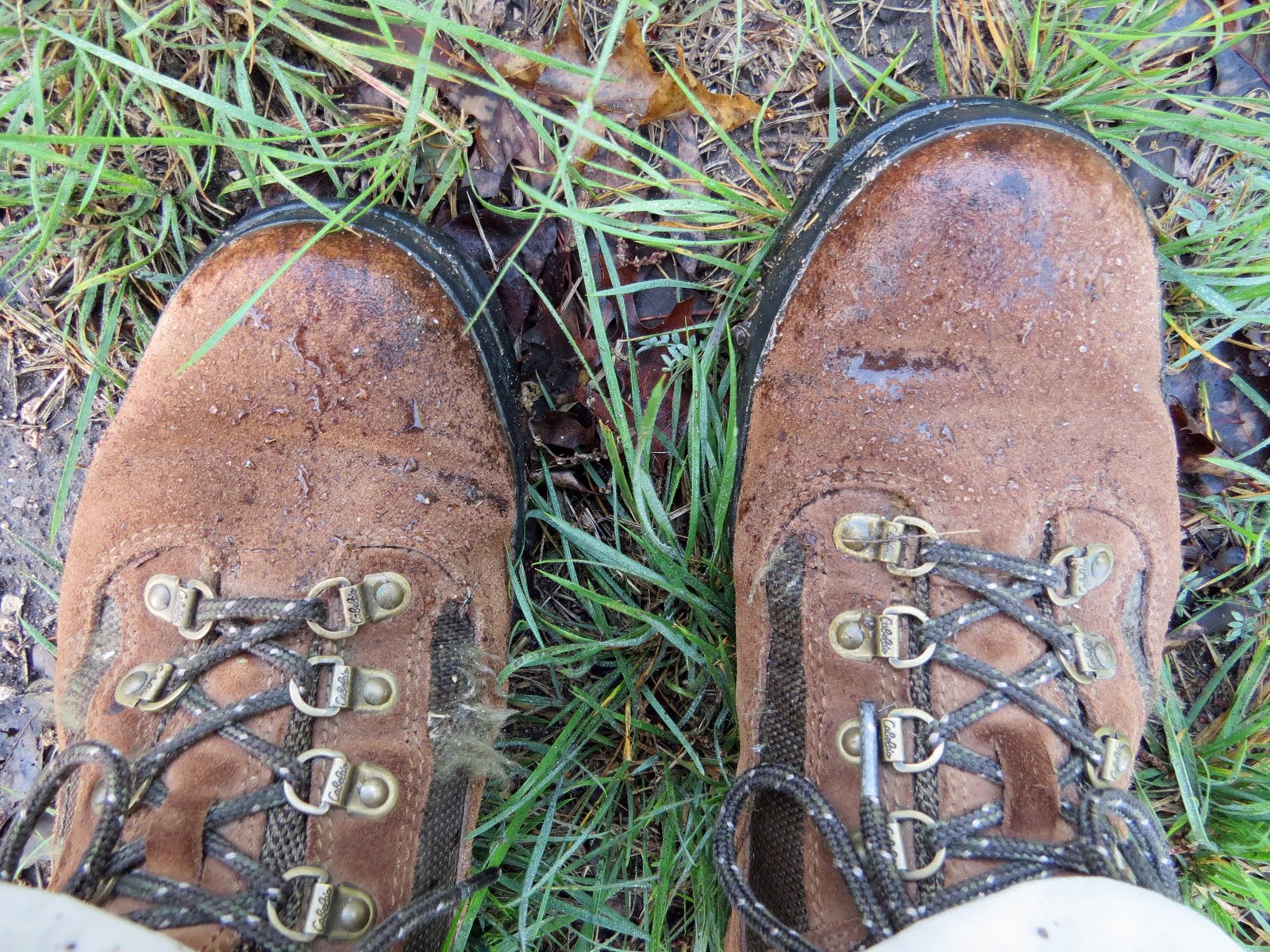 which, after last night's storm, meant things were a little wet 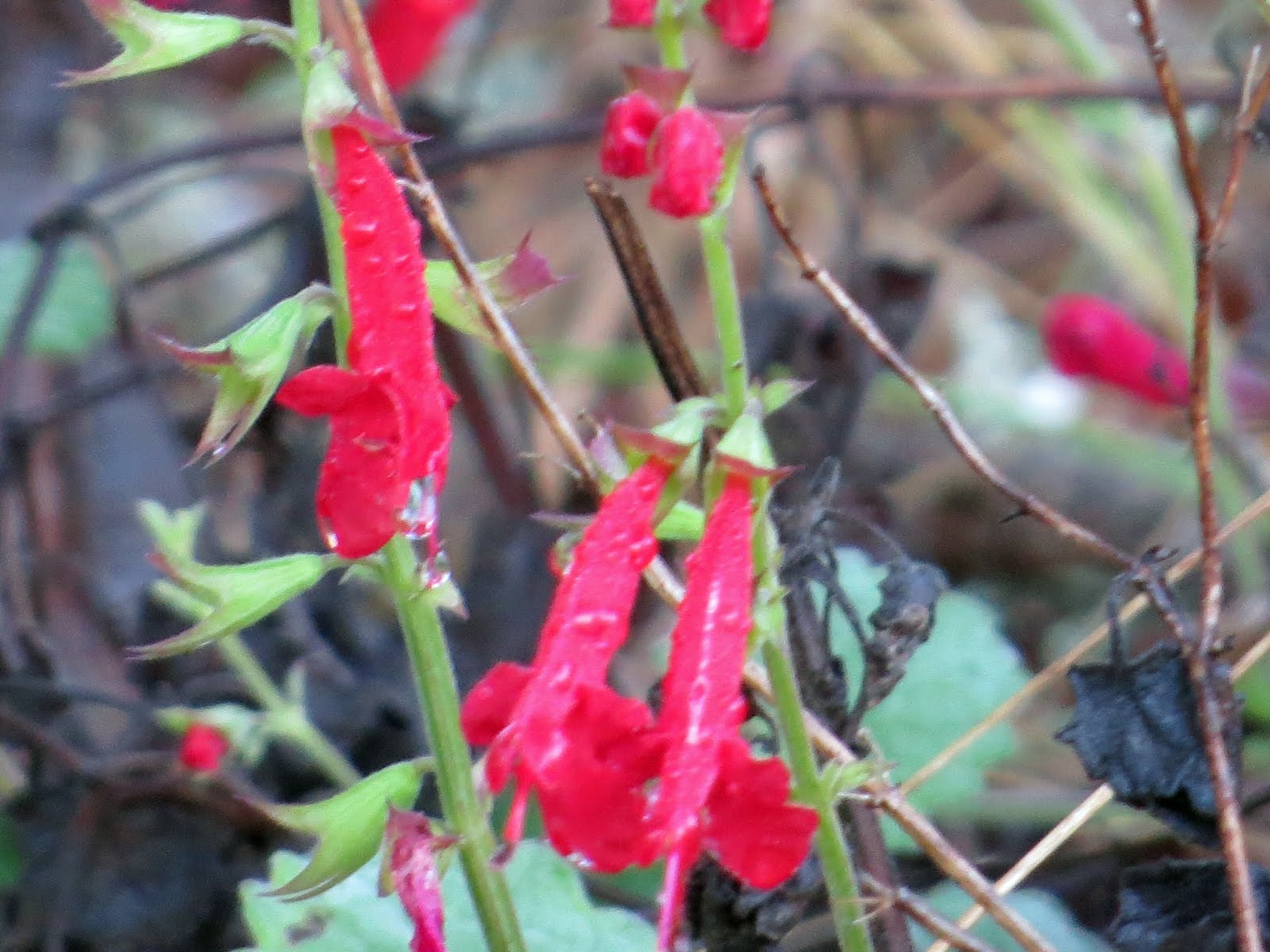 but also fresh and sparkling. 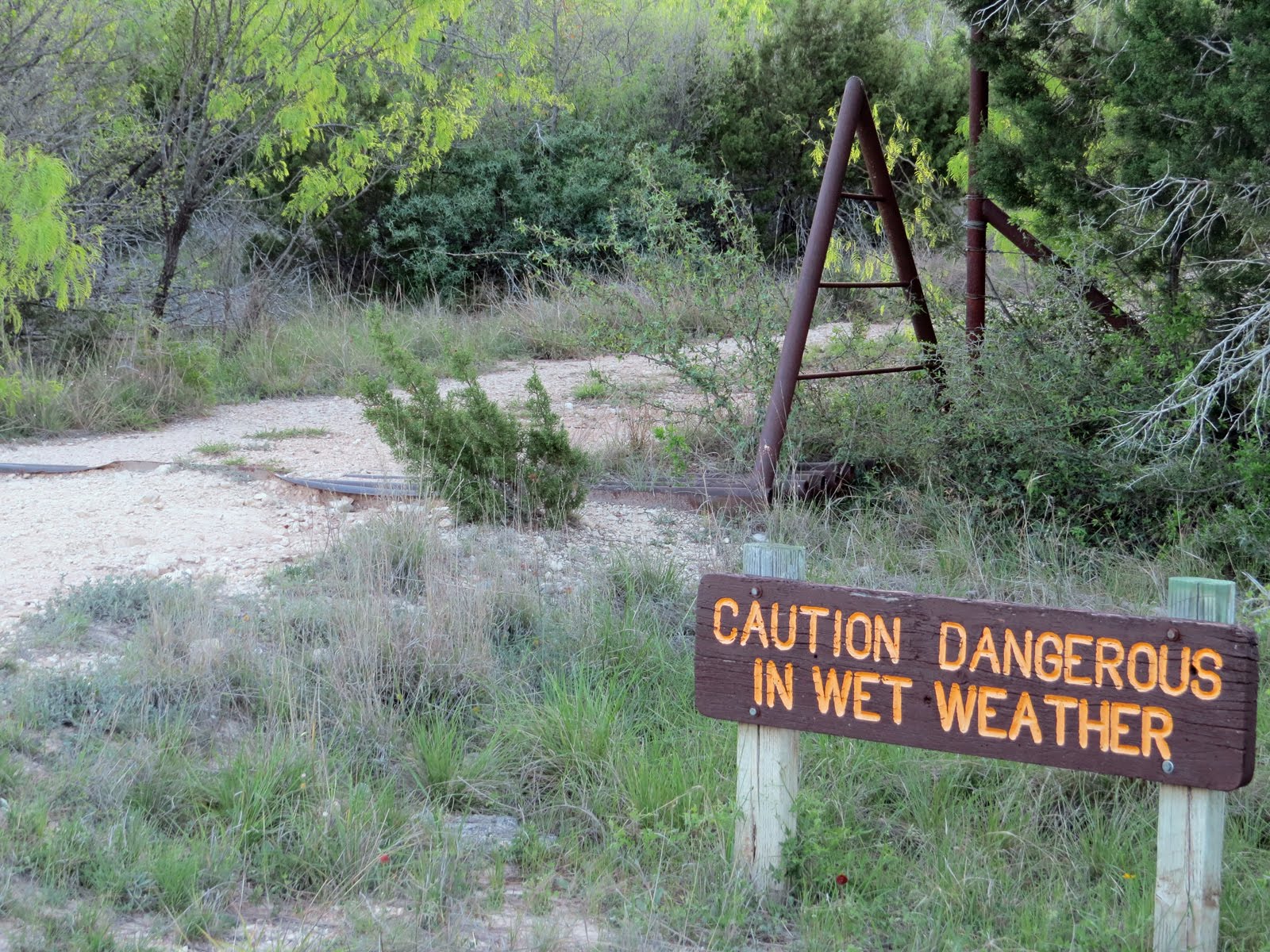 But fresh and sparkling or not, this sign was not the little boy crying wolf.

Later in the day a woman rode by me on her bike, drifted casually down a short hill, and when she hit the bottom the mud down there violently jerked the bike out from under her and, with a shriek - from her not the mud - threw her face-down into it's cold and clammy embrace. 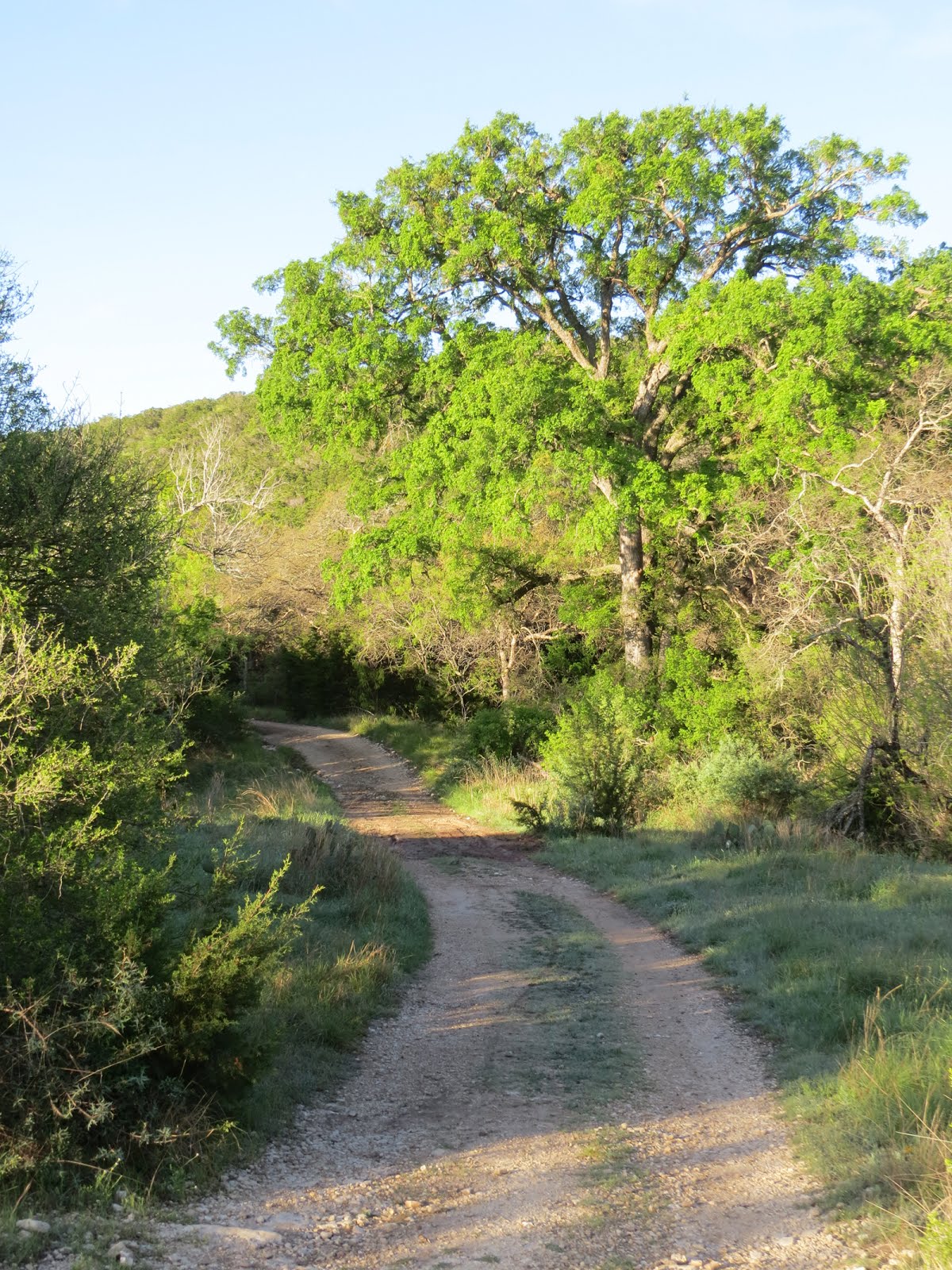 No photos of the actual event because the two of us were busy separating her and her bike from the amorous grip of the exceedingly slick and clingy, I dare say needy,  muck and she was too embarrassed to see the funny side of the encounter. (I think I might have damaged myself trying not to laugh. . .)

But after she was safely on her way I shot this photo of the short little downhill and the mud that snagged her at the bottom, there to the right of the large tree and just this side of the bright swath across the trail.

It's easy to see how a person might not notice this tiny and innocent-looking patch of treachery. But I'm getting ahead of myself since that was later in the day after 'normal' people had a chance to roll out of bed, down their fresh-brewed morning coffee while kicked back under the awning in a folding chair and contemplating - well - things, and then eventually strap on their 'adventure' gear.

Don't get me wrong, I'm greatful for the normal people since it leaves the early hours to the wildlife and me. 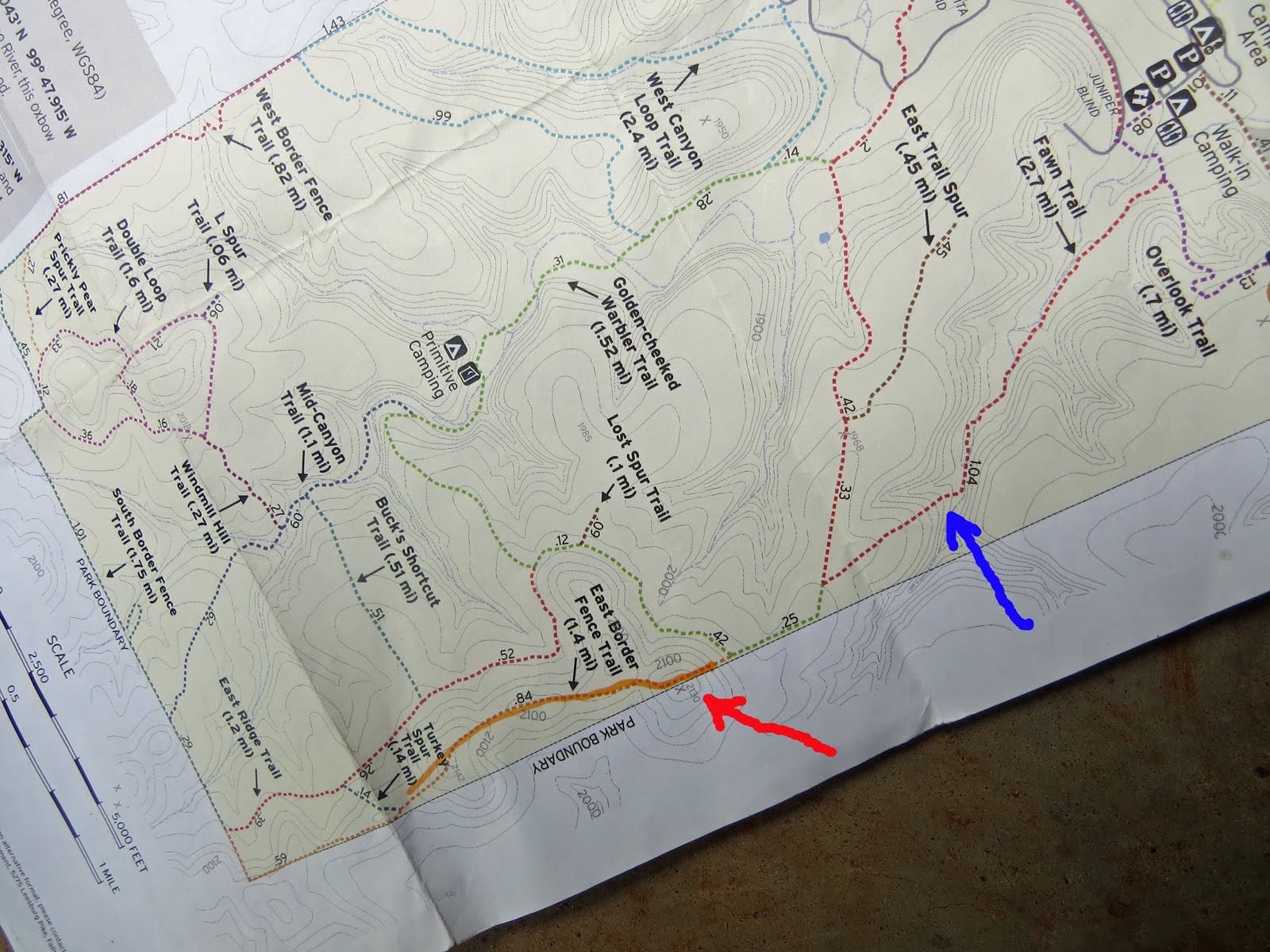 When I checked into the park I asked about hikes and the ranger marked off a section of the East Border Fence Trail, saying people seem to like it. 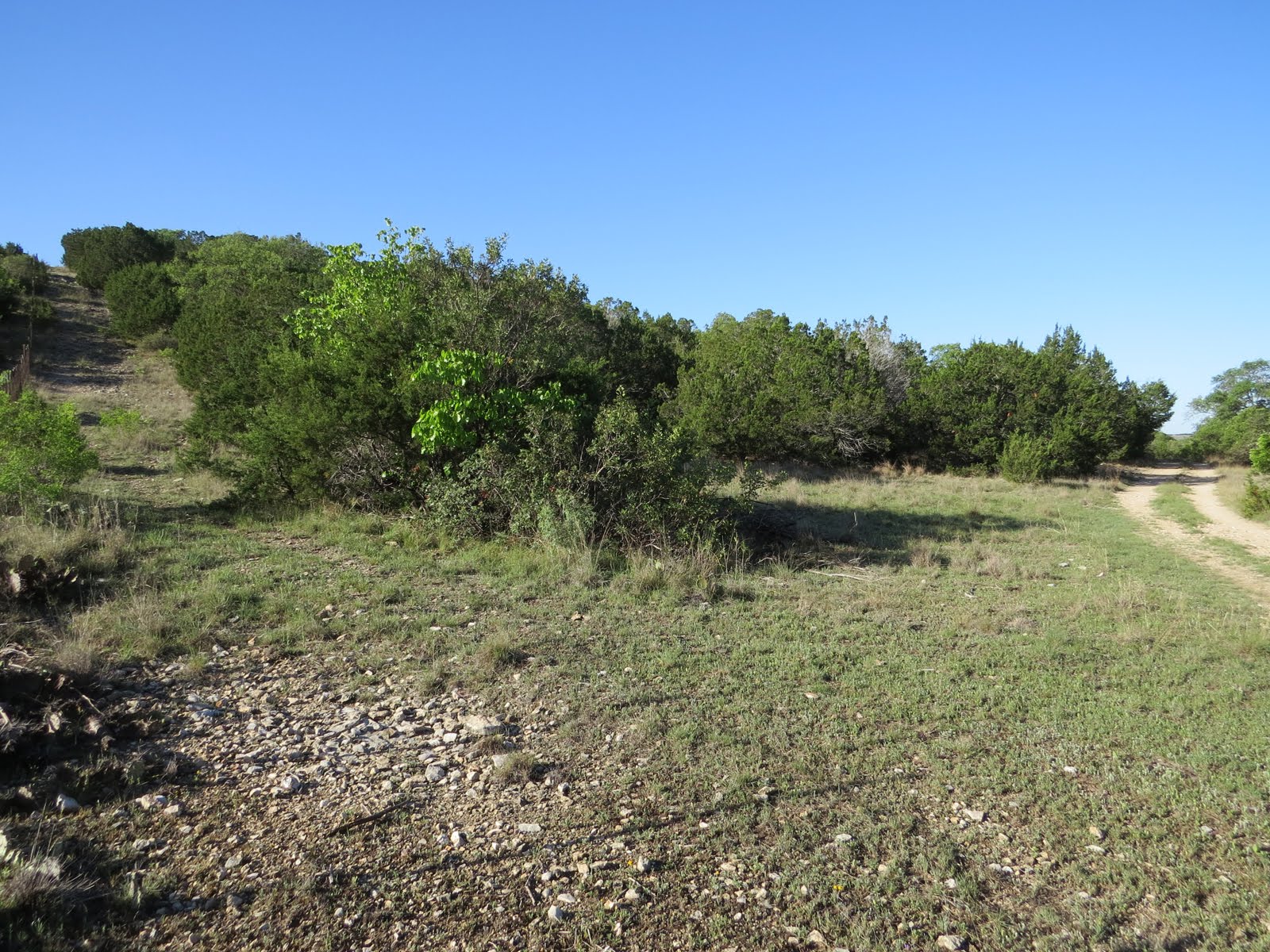 He did warn me about a hill along this trail; marked with a red arrow on the map and just there along the left side of this photo; that I would probably need to walk my bike up (No problem since I would be on foot and wheel-less anyway.) 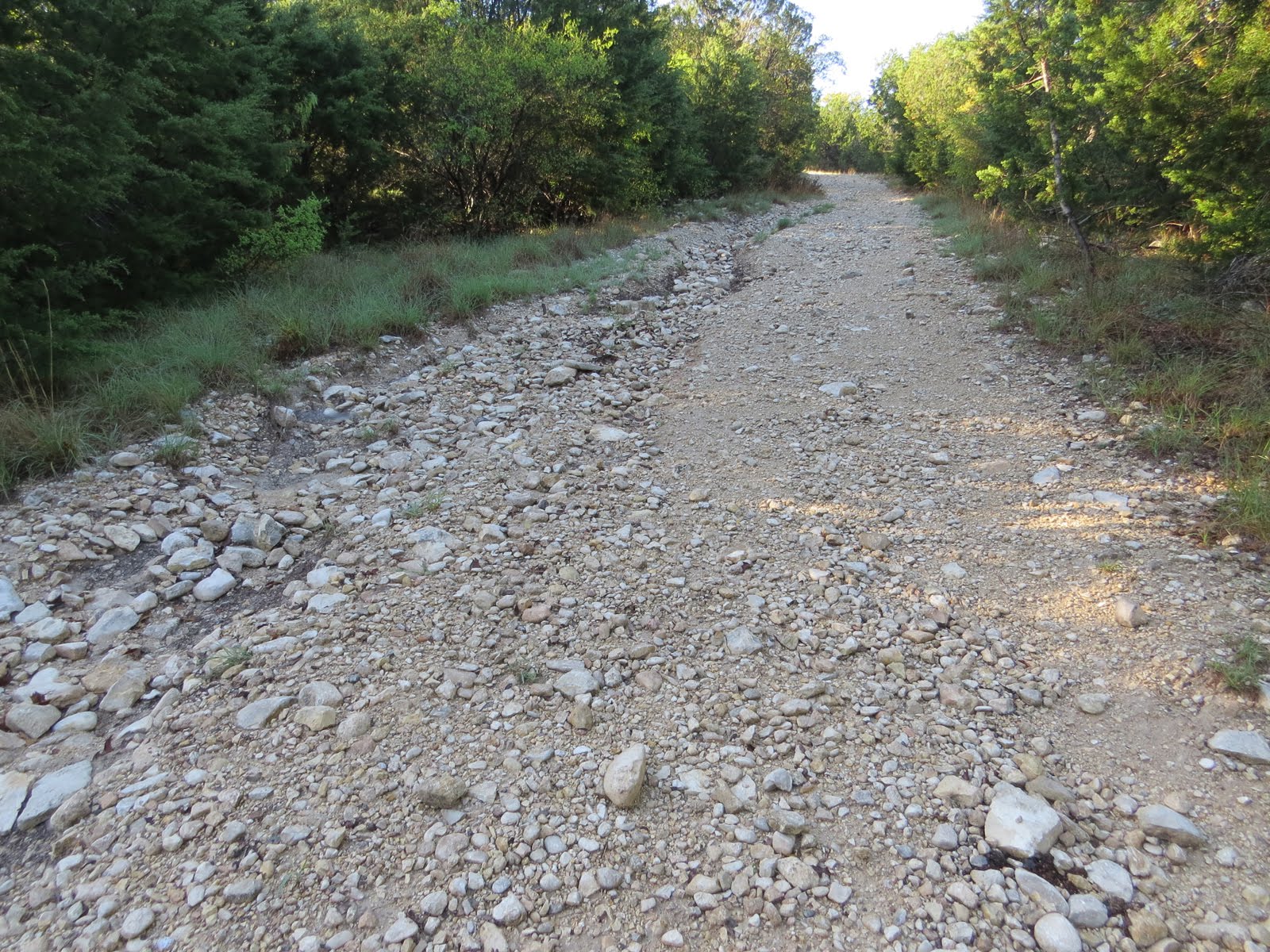 but he failed to mention another uphill climb I had to negotiate before getting that far.

But maybe this one; marked by the blue arrow; slipped his mind because it's along the bucolic sounding Fawn Trail and you don't really expect anything too challenging along a trail called Fawn do you?

Of course if I had given the contour-lines on the map any attention at all I would have been forewarned, so my bad. 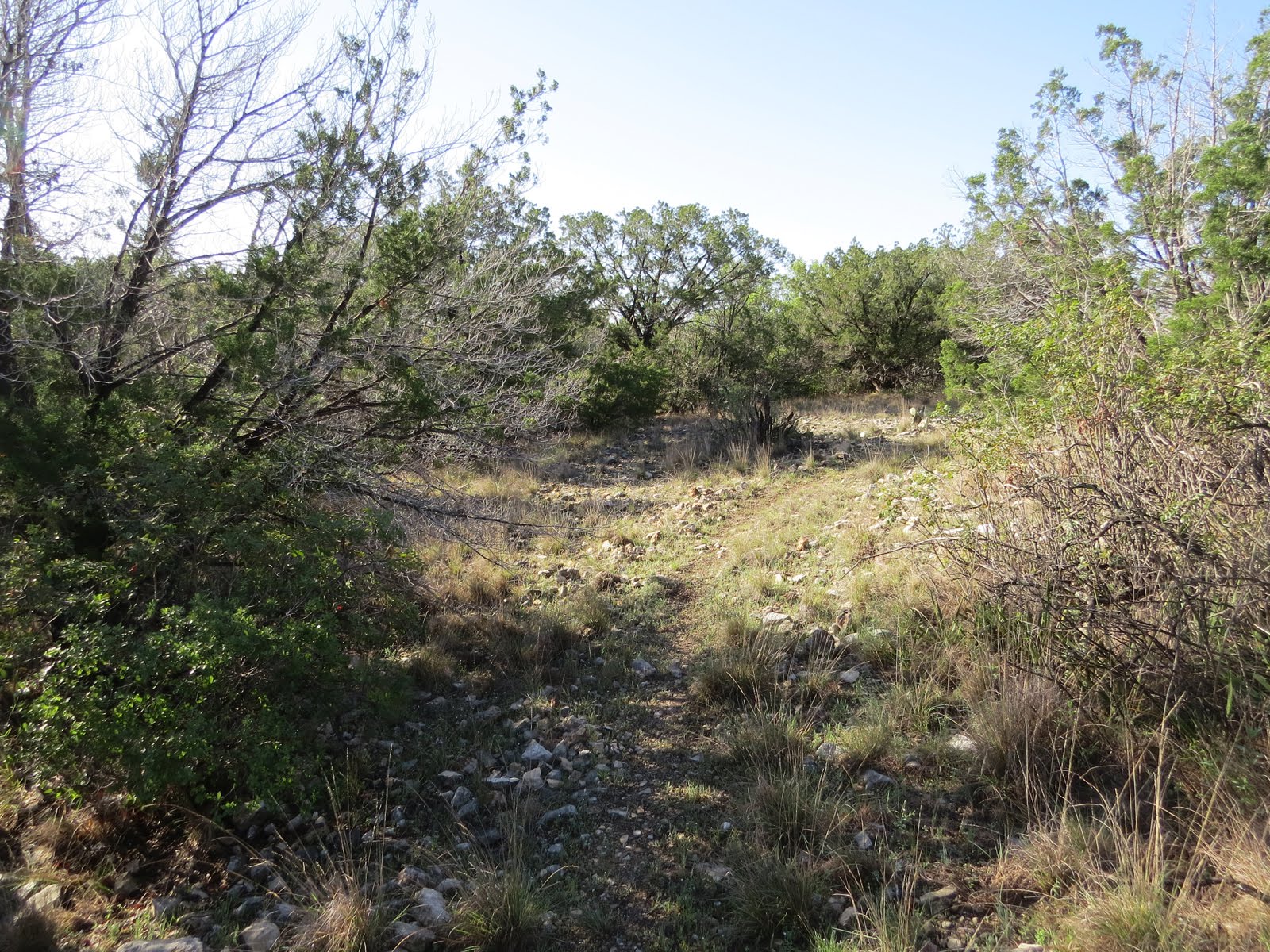 At the top of the climb I had been warned about it was easy to see why people liked this trail. It turned from the 'track', typical of trails on ex-ranches, into more of a trail-kind-of-trail as it wound along the ridge-line. 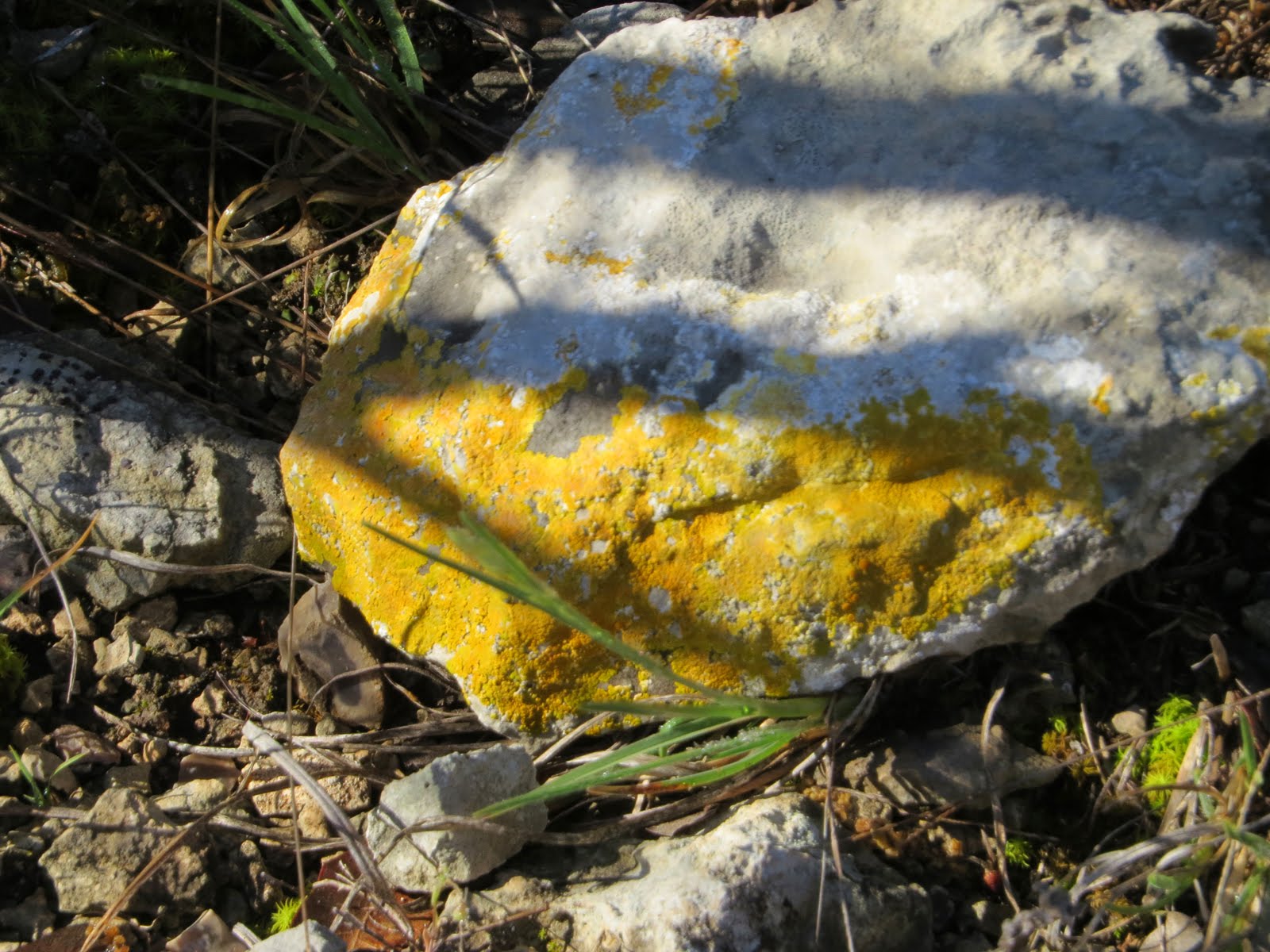 Somewhere along there I found nature's fine-arts painting as the acids from the yellow-green lichen are slowly breaking the limestone down into fertile soil. 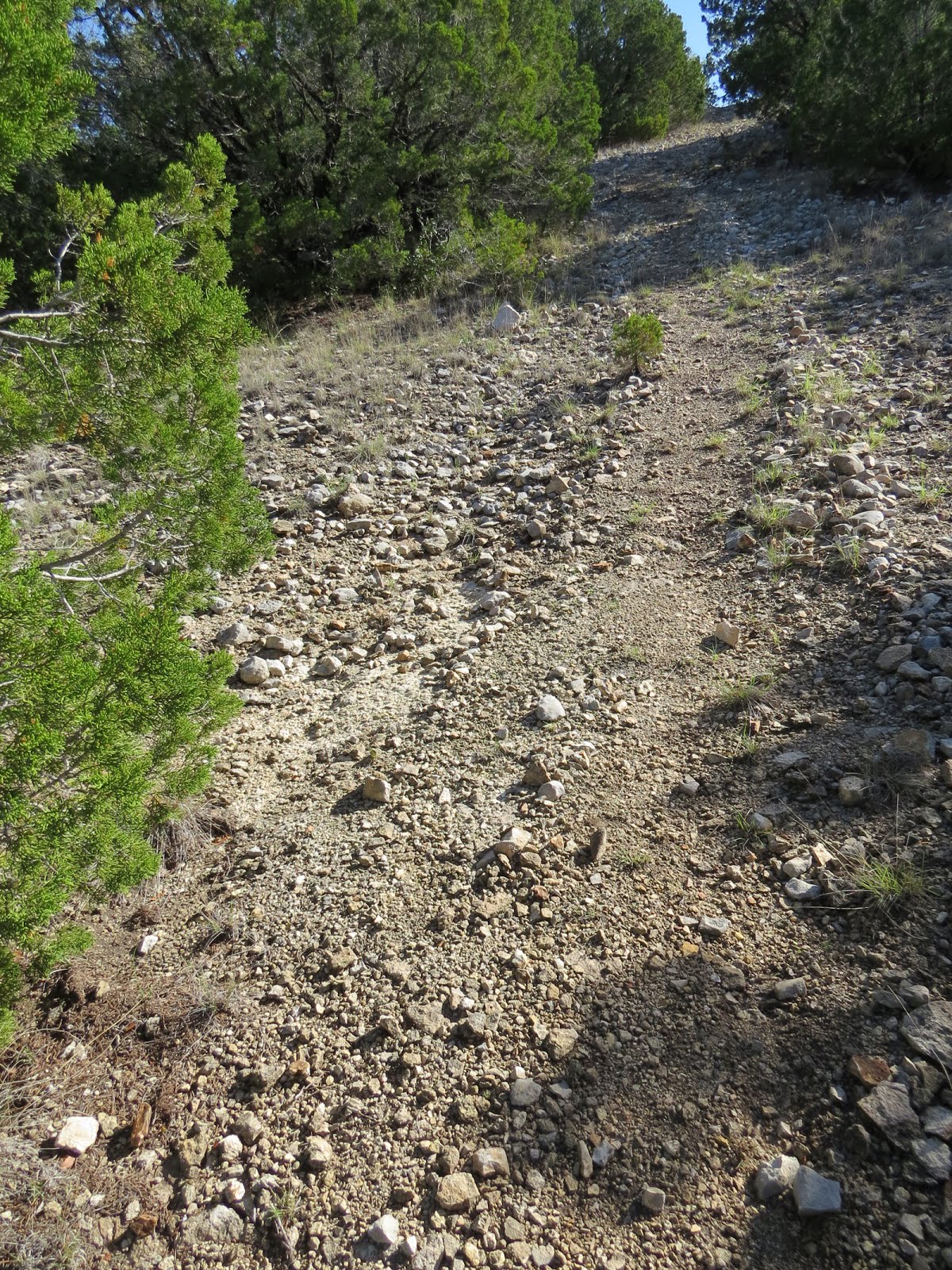 Eventually I dropped over the side of the ridge on the short Turkey Spur Trail.

Again, I hadn't been warned about this trail and it's true nature isn't obvious from the contour-lines, but, as short as it is, if I had been on two wheels I'd have been careening down it out of control, bouncing from boulder to boulder, skidding from one loose patch of gravel to the next and the brakes would have been about as useful as a used-car salesman, and with just as many empty promises. It's a real screamer! So it's a good thing I was on foot because screaming like a little girl is really bad for a guy's image! 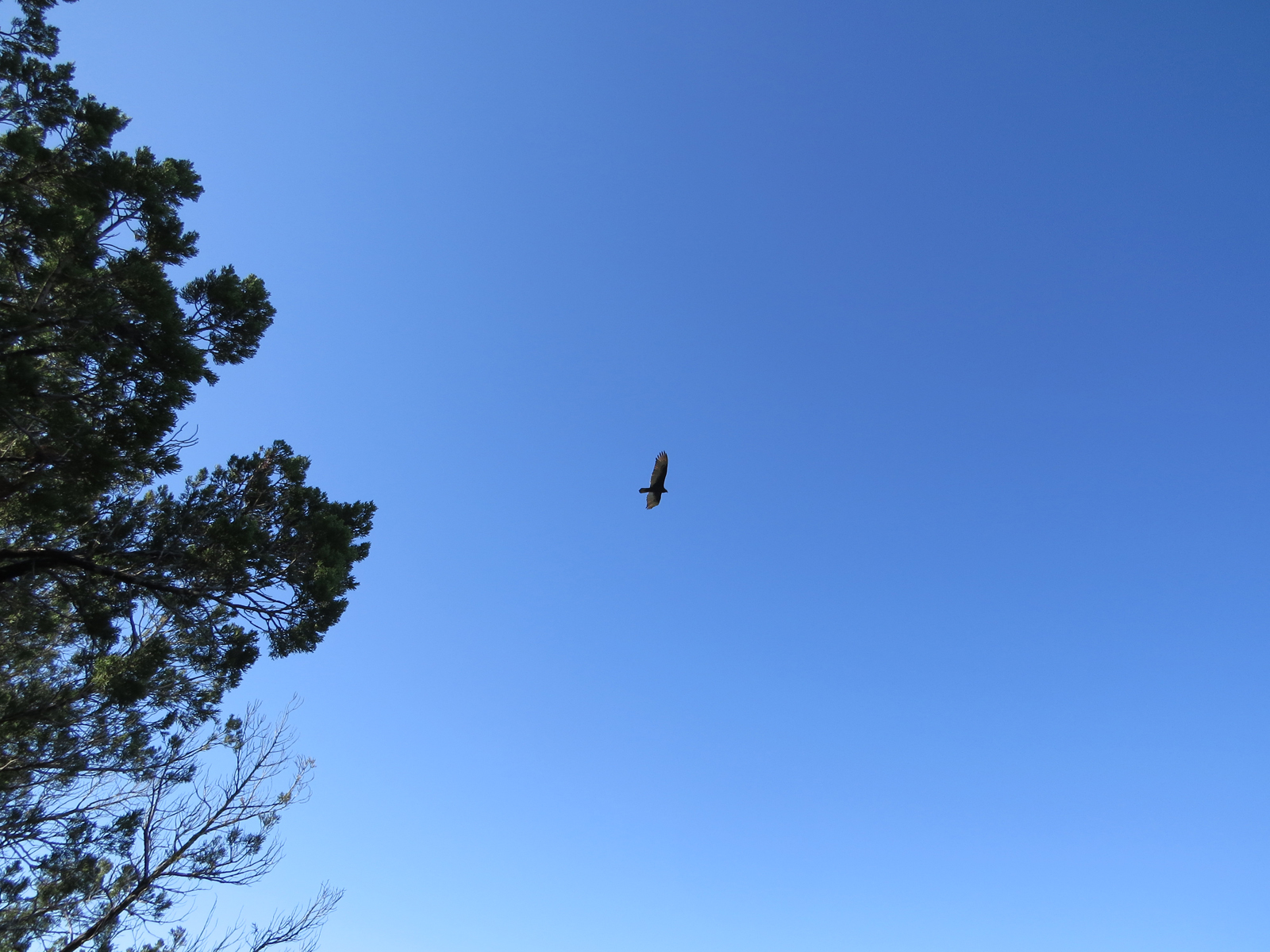 As it was, this Black Vulture was hanging around just in case my bumble-feet and gravity conspired to smear me into a tasty buffet-on-the-rocks. 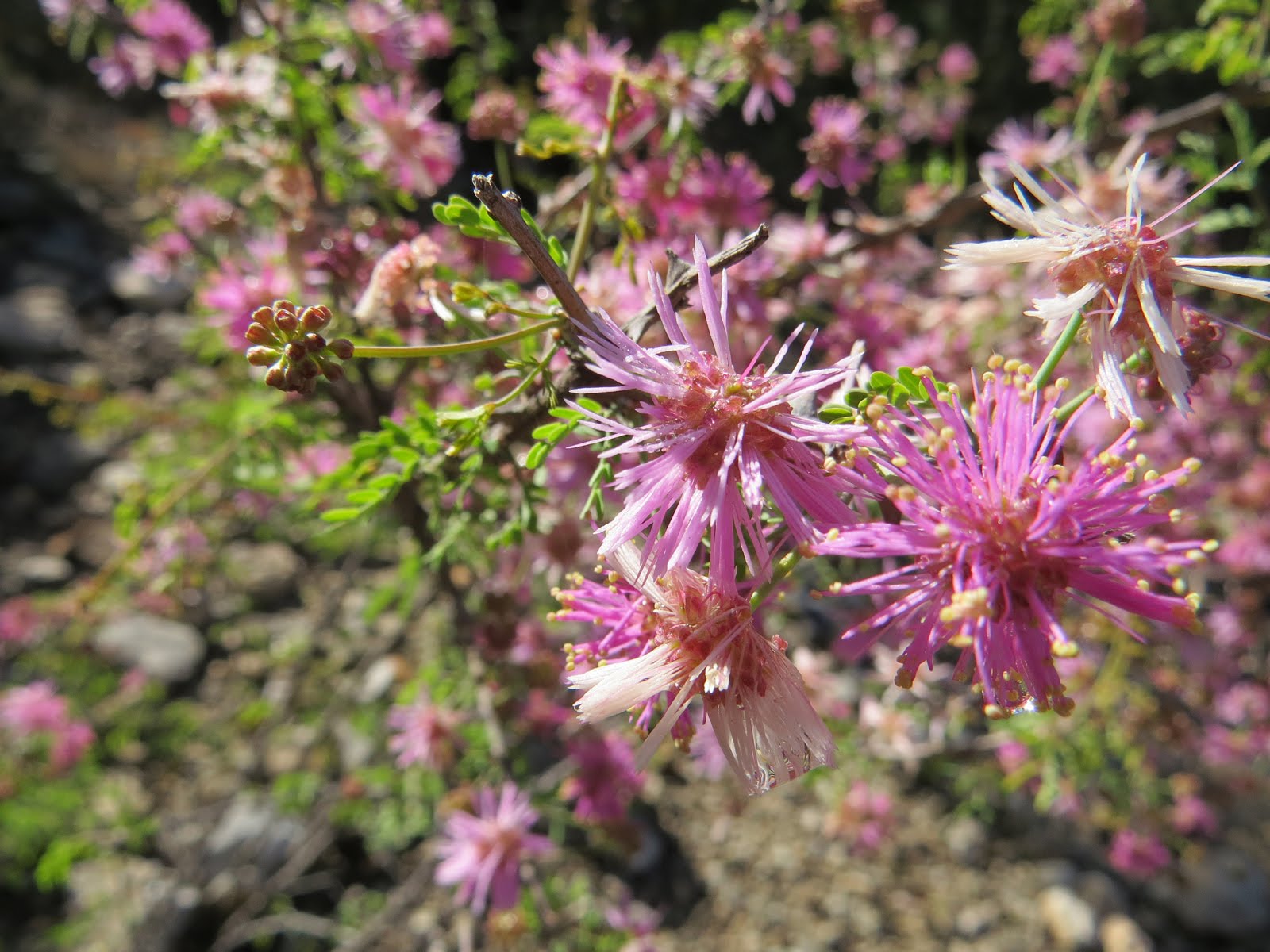 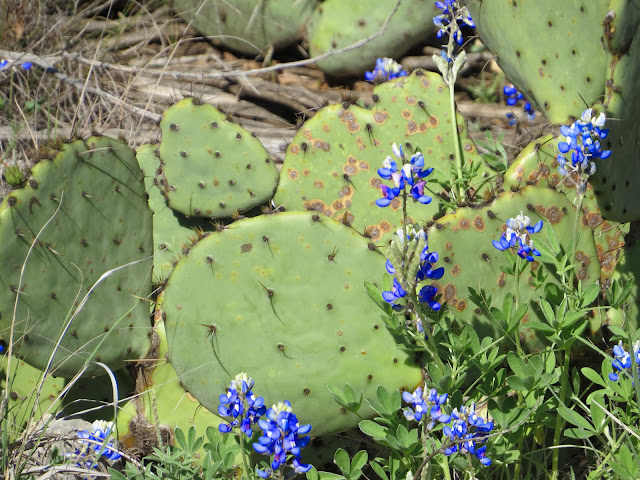 and quickly forgot about that ominously lurking vulture. 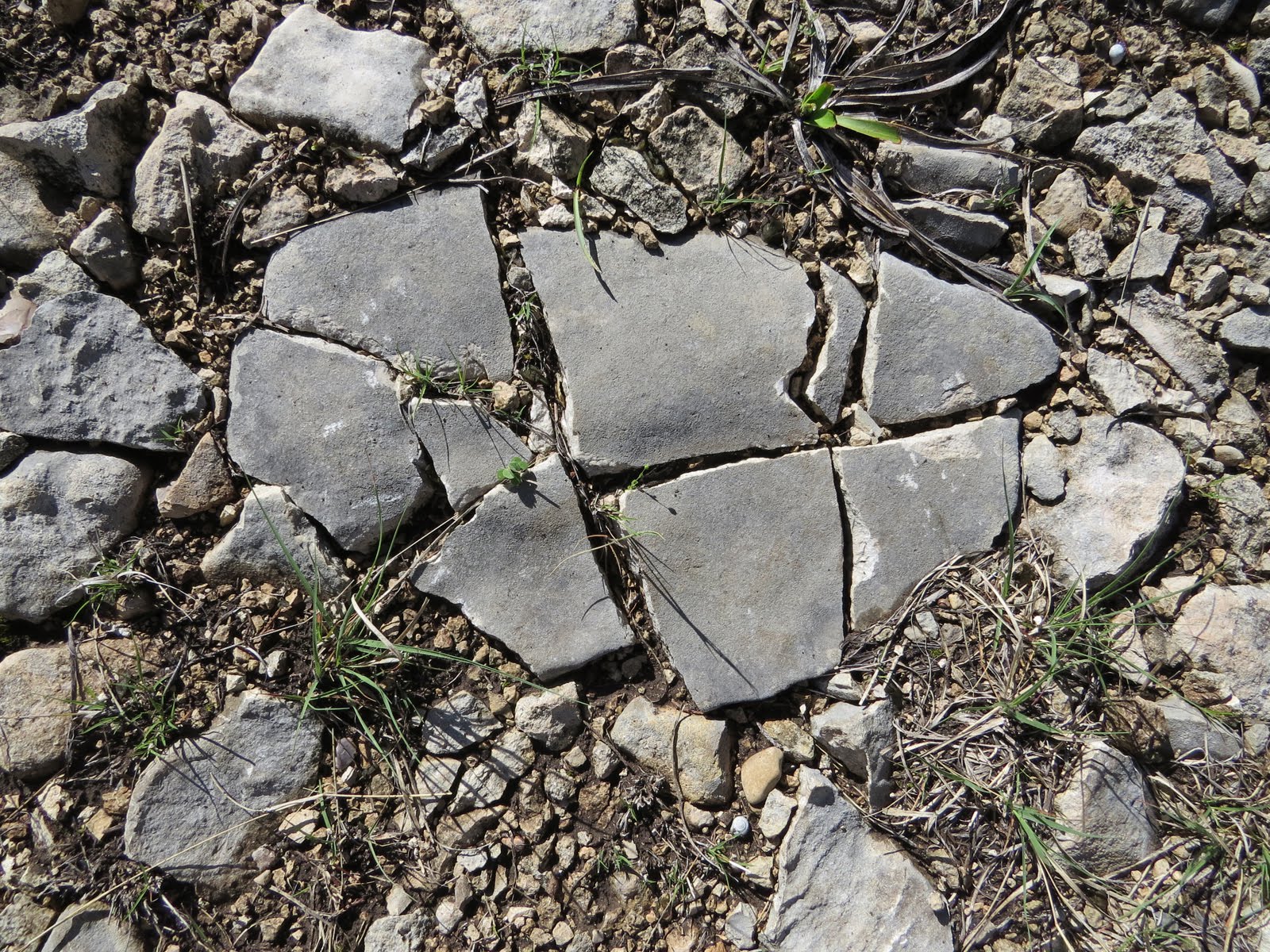 When I came across this I had to marvel at the capriciousness of time that led me to this spot at this particular instant in time.

Hundreds of millions of years ago tiny sea-creatures died and settled, forming a thick layer of little shells that was then compressed into limestone. Eventually tectonic action lifted the former sea-bottom, which by now was under a thick layer of other sediments. Over eons all this eroded into the hills and canyons I was now hiking. In the process this platter sized chunk was weathered free and cracked into what looks remarkably like the plastron (bottom shell) of a turtle.

The tiniest flick of geologic time before or after and I would have missed this!

Yeah, yeah, I know. I've wandered off on some obscure flight of fancy - again - 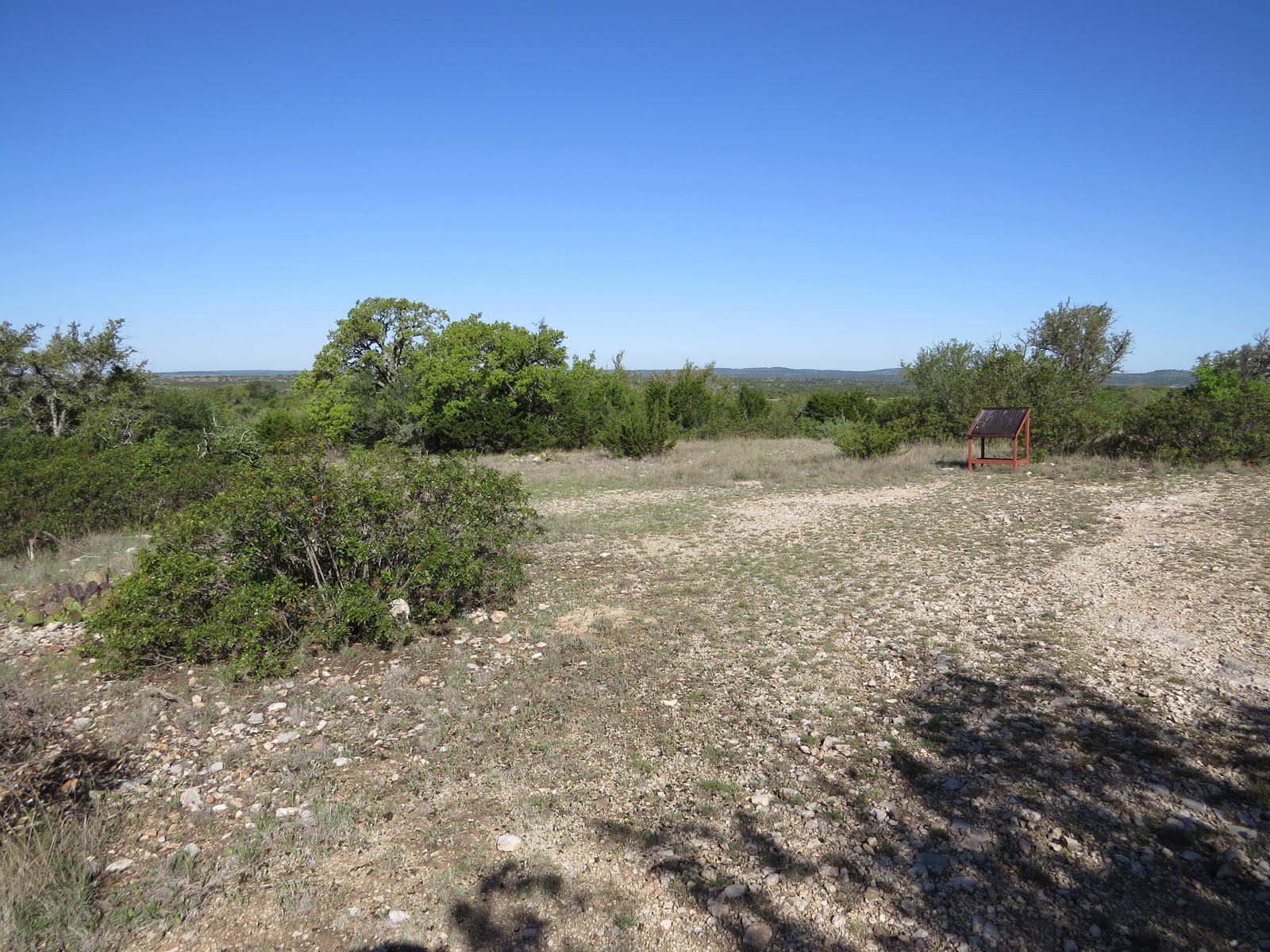 Eventually my hike lead me down off the semi-arid high ground, complete with totally blank signpost, 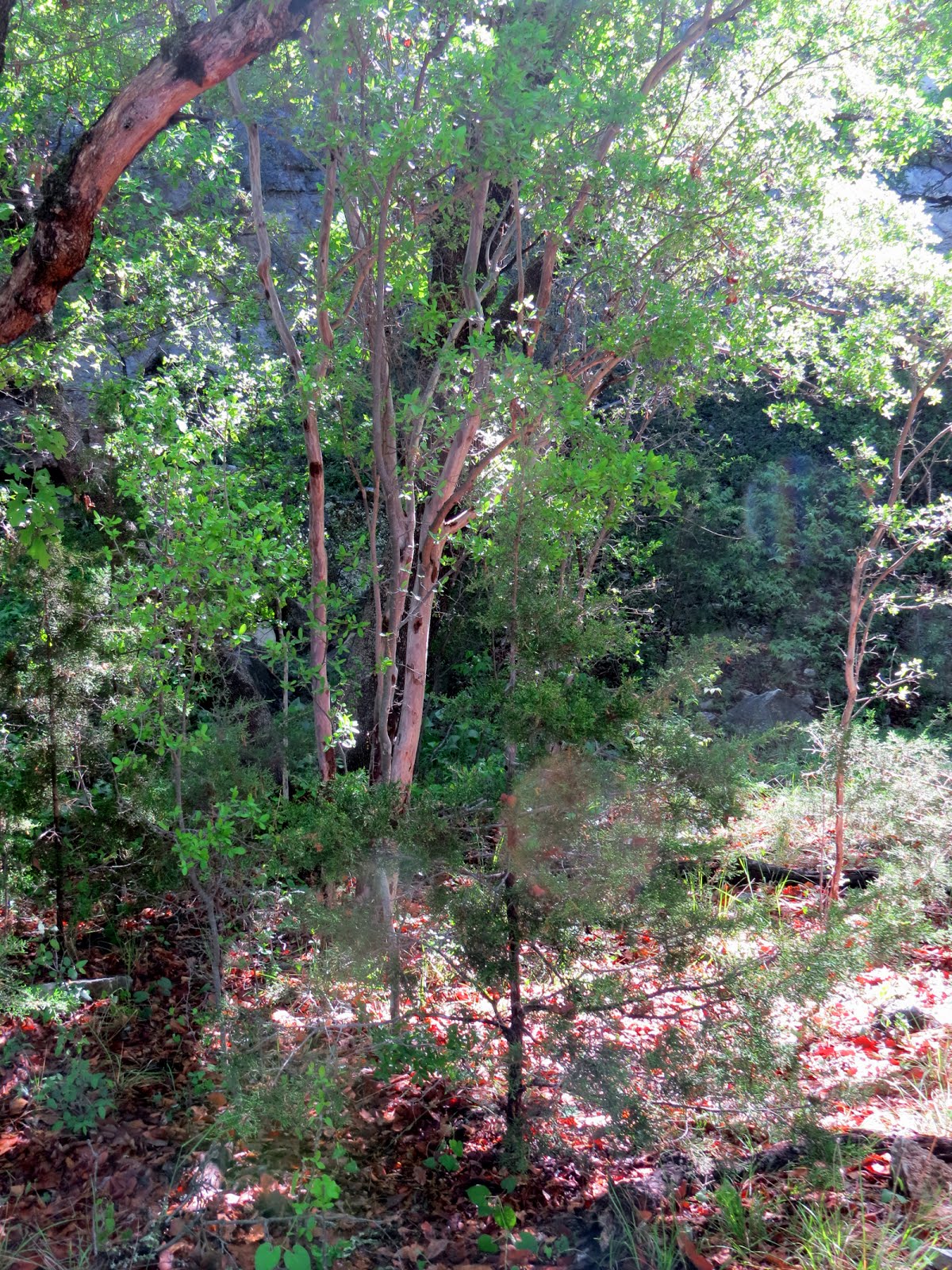 and into the lush canyons that eventually dump me back out near The Van later that afternoon.


OK, my original plan was to cover all my hikes/bikes in South Llano with this single post, but I see that once again I've gotten long-winded and, despite ruthless culling, photo-happy, so I'm going to have to break them down into several posts instead - so more to come later from South Llano River State Park.