Where to Stay After 'Braving' The Falls??


After escaping Sitting Bull Falls Day Use Area shortly before the gates got locked up for the night, (And let's not forget escaping my dumb-ass stunt above the falls too.) I had a decision to make.

Where was I going to spend the night?

I could always make the one-hour drive back out to US 285 and dock up for the night at the KOA once again, but that's kind of a budget buster. I didn't need the laundry room and $40 plus seemed like a lot to pay for a hot shower and hookups I didn't need.

For about the same driving distance and $10 I could always hit the Brantley Lake State Park.

Or I could just pick out one of the free spots within a couple minutes of the Falls area.

How do I know about these free camping spots?

Most National Forest Units produce Motor Vehicle Use Maps (MVUM's). These maps detail forest service roads and what you are allowed to do on them. Some allow highway-legal vehicles only, some allow all vehicles, and some only allow 4-wheelers or dirt-bikes. (All allow foot-travel though that's not always recommended, especially on those 4-wheeler roads during popular weekends when too many people seem to have brought their toys to the wilderness but left their brains at home.) The map also tells if there are seasonal restrictions on roads or not.

You can get these in paper, but be warned that they are every bit as large and unwieldy as the old paper road-maps you used to buy off the rack near the door at full-service gas stations, or you can download PDF's of the MVUM's right onto your smart-phone. I got this one here.

These maps are subject to change (Fires, floods, over-use, lack of maintenance etc.) so it's a good idea to download a fresh one periodically. 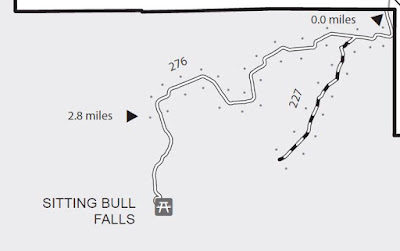 And you see those little grey dots alongside FS 276 (highway legal vehicles only) and FS 227 (all vehicles) in this closeup?

To disperse-camp you must find a spot where you can pull completely off the roadway (Not always easy!) but, in most cases, also stay within 300 feet of the road. (The Dispersed Camping Table located on the MVUM has details specific to that Unit.) 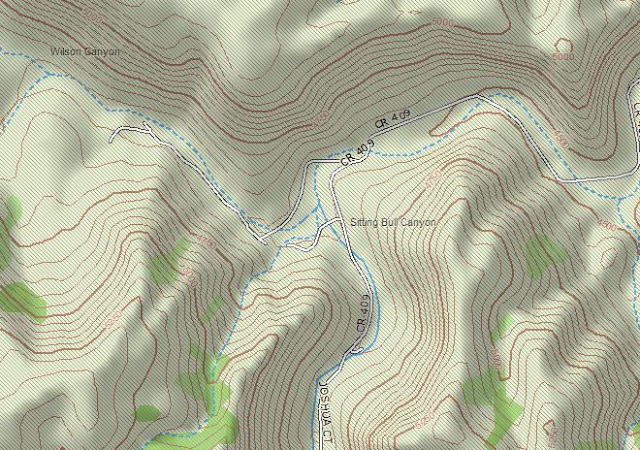 What the MVUM' don't have is any topographic information and given the terrain most FS roads cover this could be pretty important stuff to know before driving blindly down a road that is likely to be only one lane wide and probably have limited turn-around spots!

Another thing to be careful of with the MVUM's is that they don't have any information on just what kind of road surface it might be. If you're used to looking at other types of maps you might assume that FS 276 is paved and FS 227 is gravel when in fact how the road is depicted on the map dictates what vehicles can use it and not what type of road-surface it is. (Many, maybe most, FS roads are just graded dirt tracks, or at least they were graded at one point. . .)

By using both the MVUM on my phone and the Topo map on my laptop I know that I can camp along FS 276 anywhere east of the junction of Sitting Bull and Wilson Canyons and the road is fairly flat therefor probably doesn't need to be scouted out on the Quad-B before I venture down it with The Van. 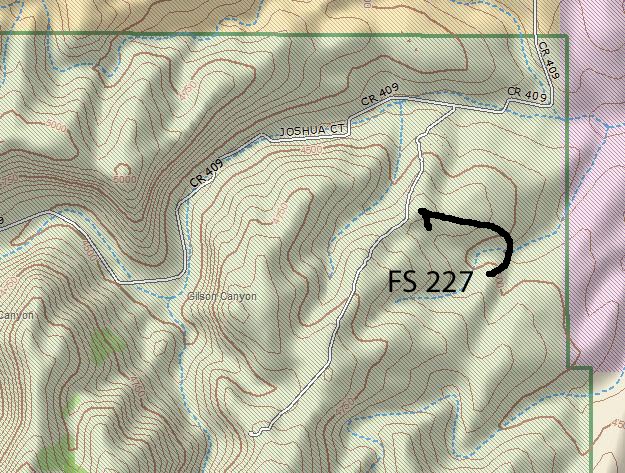 But FS 227, though I can also camp anywhere along it, climbs right up the spine of a moderately steep ridge and should probably be checked out before committing The Van to it.

True, according to my topo the graded rocky track of FS 227 (Again, I know it's a rocky track not from how it's marked on the map, but because I laid eyes on it on my way into the Falls area.) has the promise of some really great camping up there at the top, maybe even with views down into Gilson Canyon, but now that I know it's there I can always plan on checking it out next time I'm in the area.

Next time because in this case FS 276 was actually one of the rare paved FS roads and being the end of a long day I chose the easy way out.

Being a paved road FS 276 could be a busy place to camp next to, but since it dead-ends at a locked gate I knew that as soon as the last stragglers left the Falls day-use area for the night the traffic would be nonexistent. So as soon as I saw a likely looking spot I dropped down off the road onto a small bench above the river, as usual whenever possible, picking a spot that has been used before to minimize my impact.


And from a few minutes after arriving until I left the following morning I didn't see another vehicle or person. 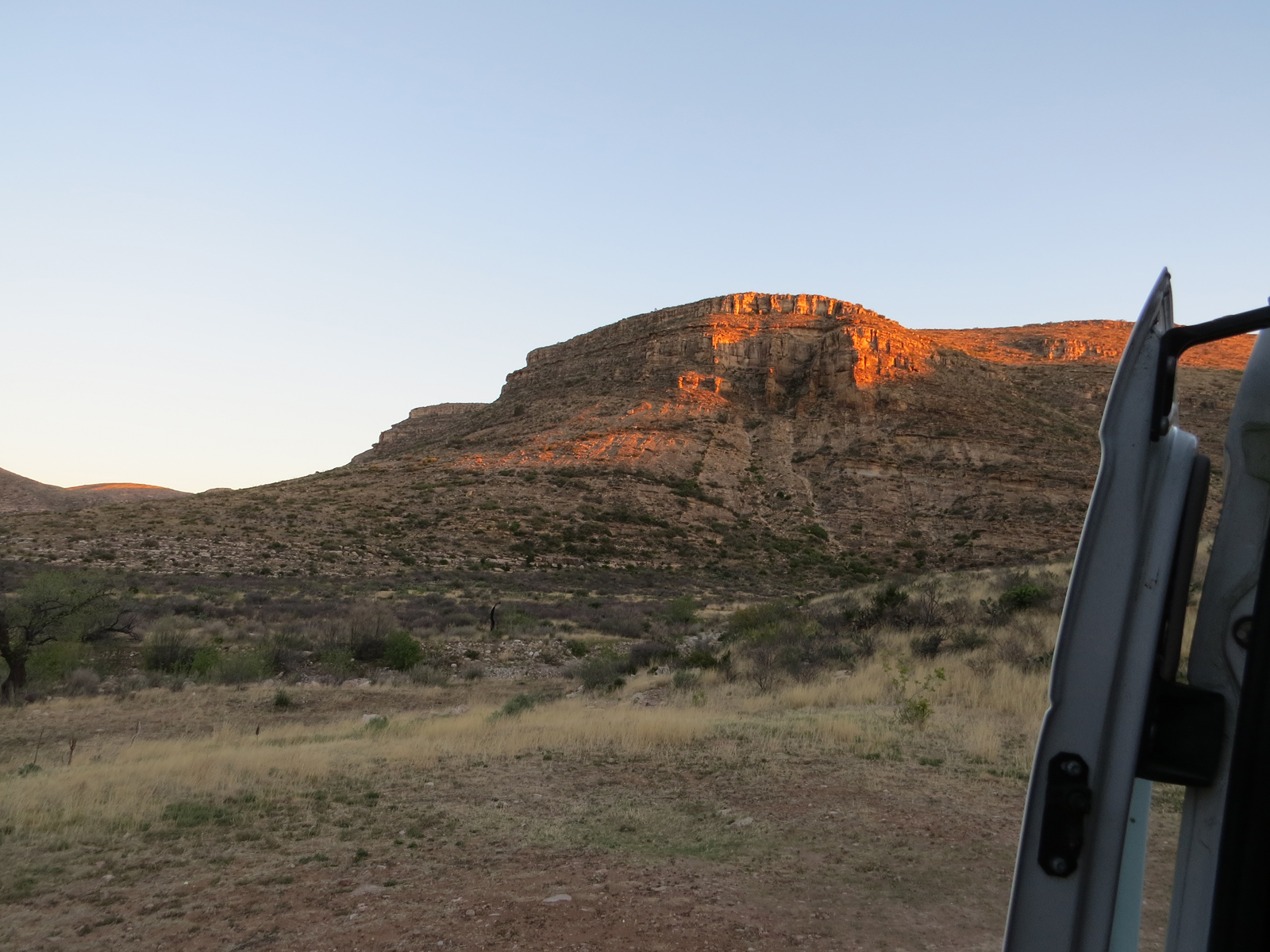 I just sat back and spent my quiet, solitary evening watching the sun set on the hills and bluffs around me 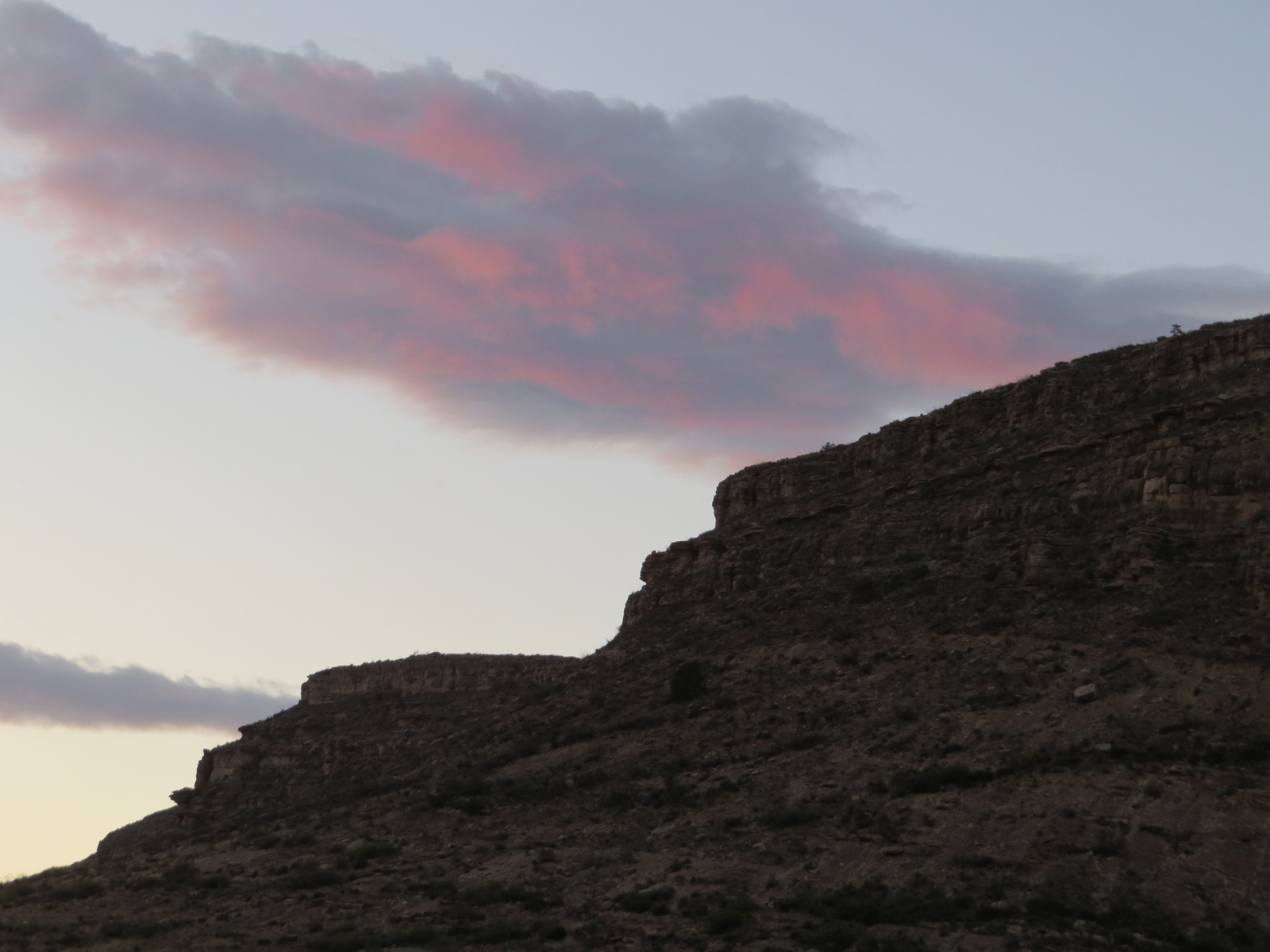 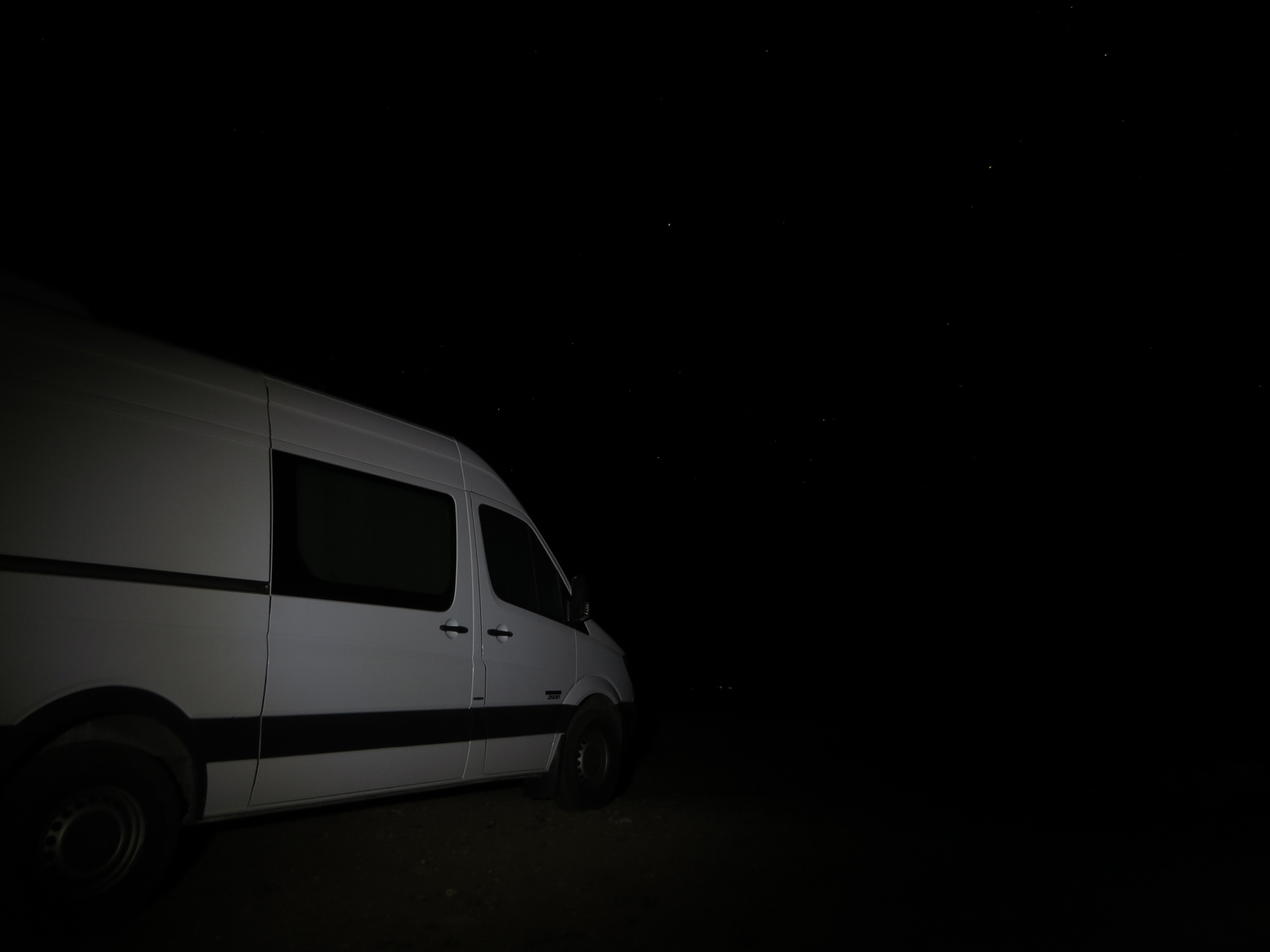 and later tried to get some 'star' shots but my camera is limited to a 15 second exposure so that didn't work very well, even with a wide-open aperture and a high ISO. . .