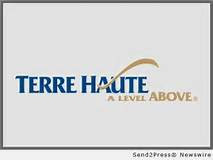 Terre Haute has a city slogan all its own, but I couldn’t help but think of the Austin Texas publicity slogan Keep Austin Weird as I killed off the last of the daylight in this little city on the Wabash River. 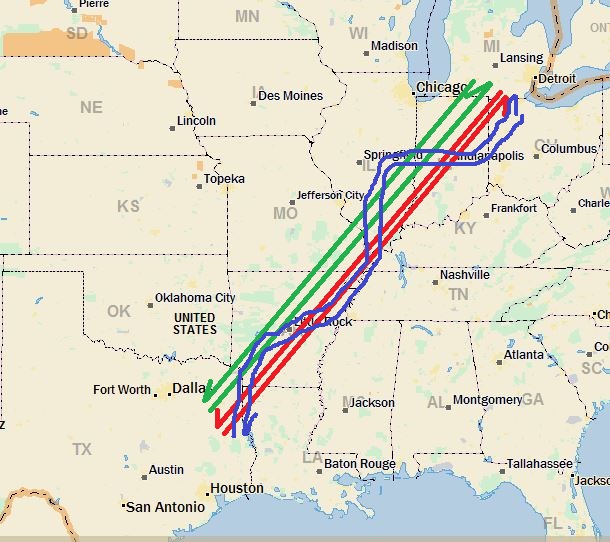 I had begun making my way back towards Texas after the third of three trips in three months up to Michigan and back. (All this traveling was for a variety of reasons, 1/3rd planned and 2/3rds unplanned.) At 1300 miles one way that’s a whole lot of miles and the last two trips were only two weeks apart so I was pretty beat up and just loafing along on what I hope will be the first segment of the of the last leg of the last Michigan trip for the year. 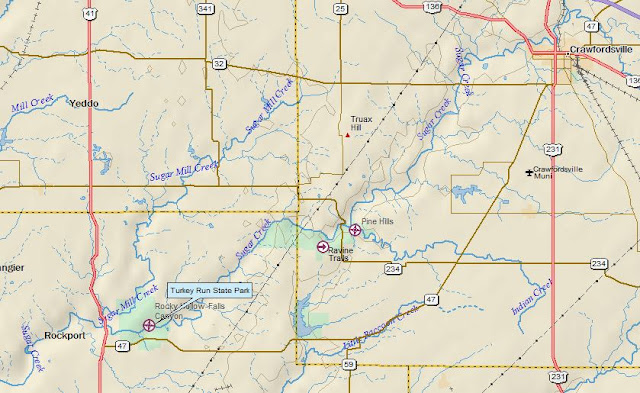 I had just made the very pretty drive down Indiana Highway 47 out of Crawfordsville, cutting right through the southern part of Turkey Run State Park just before picking up US-47 South for the final run down to Terre Haute. 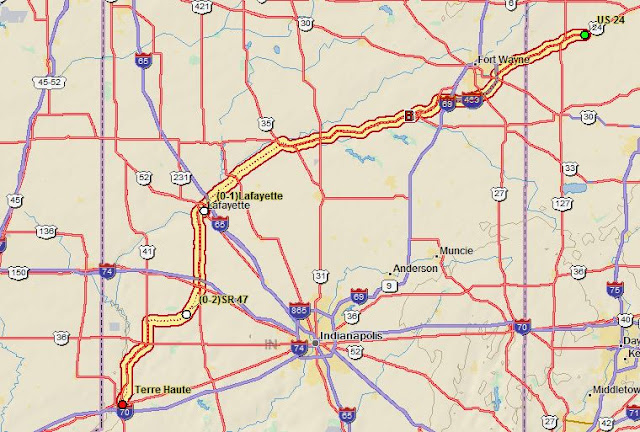 I was off on this seemingly less than direct route because I’m not a fan of going through Indianapolis and over the years have developed several alternative routes that take me around that congested part of the state, and to be honest I can’t see where my alternates are all that much slower than fighting my way through the snarl of I-465 and then across that long boring run of I-69 to Fort Wayne. (or I-70 to Terre Haute if I'm going the other way)

Currently the alternative route I was on today is my favorite. (But after a few more trips I’ll probably get bored and switch to another.) 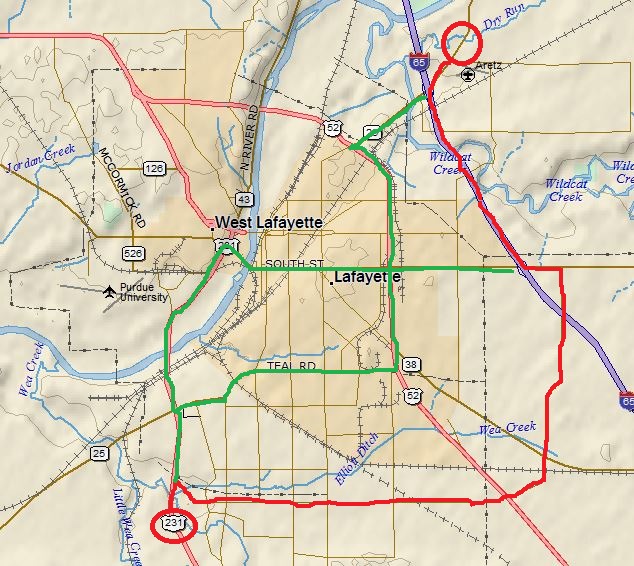 But! If anyone knows of an elegant way to get from/to SR-25 in the northeast to/from US-231 in the southwest (the two red circles) of the Lafayette/West Lafayette complex let me know.  Right now the red route seems to be the best at avoiding stoplights and narrow city streets, though it’s not perfect, but it’s better than the variety of green routes I’ve tried out over the years.

For some reason these two cities seem to have a schism between them that has left a legacy of no straightforward connection from one side to the other. 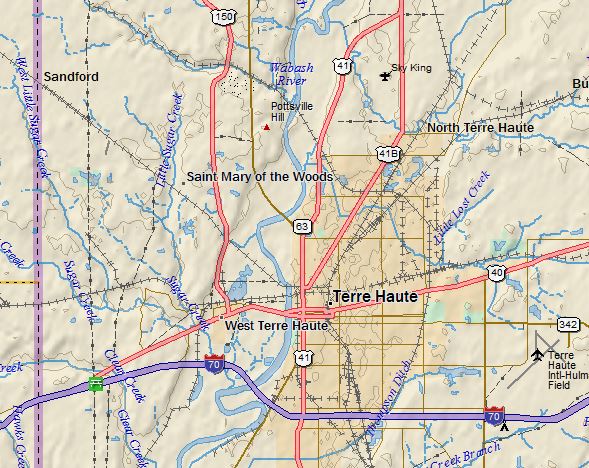 At Terre Haute I usually pick up US-40 at the northeast corner of the county courthouse and jump across the Wabash River, picking up I-70 right there at the state line, (Going through Toad Hop along the way. It’s only a half-dozen hap-hazard streets, but how can you not notice a place called Toad Hop!) but it was still two hours till sunset, and the rest area I had my eye on for the night was only a few miles away. 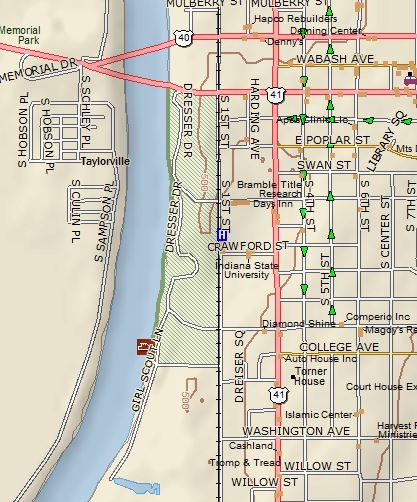 Arriving at the night’s destination before the cool-down that starts in earnest just after sunset means sitting around in the heat, so I checked my map and saw a green patch right on the Wabash River just south of where I usually turn west. Green patches in the city mean parks, and sure enough this green patch was called Fairbanks Park.

City parks can be a mixed bag, everything from an abandoned lot to a great little oasis. Being right on the banks of the Wabash River I figured chances were that this was one of the latter, or at least leaning towards that end of the park-nicity scale, and I was right!

But before I knew that I took my chances and I passed up the courthouse by a few blocks, driving into Indiana State University territory, and hung a right on Farrington which ran two blocks straight on into the park. 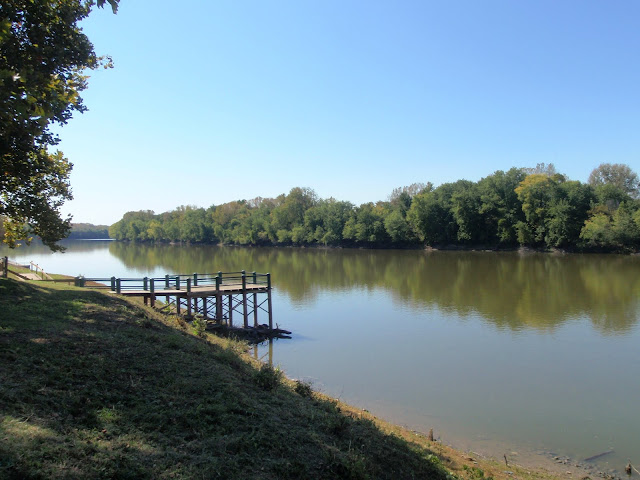 But enough of all this setup crap, on to the weirdness.

Just past the Y I found a mostly empty parking lot, picked out a spot with no overhanging branches to sweep the AC unit off the roof, then wandered down towards the boat dock/launch area.

I had just barely gotten there when Jim (For privacy sake, not his real name, at least I don’t think it is, but since I can’t remember his real name I may have managed to randomly pick it anyway!) walked up and started a conversation. Social interaction is not exactly what I was looking for, but it is what it is.

Jim is retired now and living on his own in the multi-bedroom house where he raised his kids just a few minutes away. But Jim’s two children have scattered in different directions and the weird thing is I, a random stranger he walked up to one day, have close, or at least some, association with both!

His son lives in Houston not far from where The Wife and I did and I know the neighborhood, including MD Anderson where he works, well since The Wife and I walked our dog in the area countless times when we lived in the Montrose district.

And his daughter lives in Findlay Ohio where she works for Marathon Oil.

So what’s my connection with her? 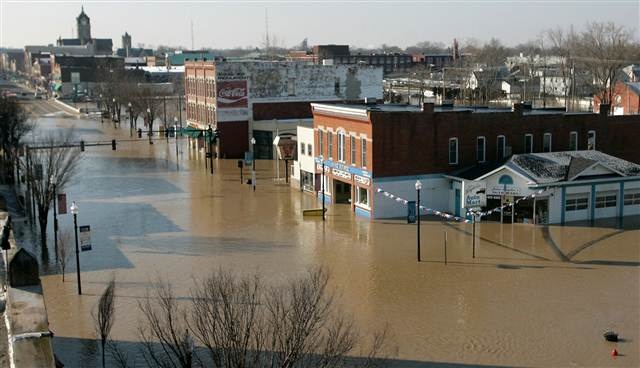 Well, a few years before she started working at the then world headquarters of Marathon Oil in Findlay, I was wading through thigh-deep water in the shadow of her current office trying to salvage computer equipment my company had contracted to Marathon Oil. (The Blanchard River seems to spring it's banks ever 10 years or so, even today.)

And, she often visits the now world headquarters of Marathon Oil in Houston, which is in a 32+ story building that I helped wire for data during it’s construction. (Holy Crap but that was a lot of stair climbing since the elevators were not yet working and the construction elevator had to be scheduled in advance. . .!)

While Jim and I are standing there and I’m pondering the preponderance of connections between the two of us (Oh yeah, Jim makes regular trips down to Houston to help two very busy parents with their kids and is quite familiar with many of the place along the way that I am.) I become aware of a faint buzzing out on the river that is getting louder. 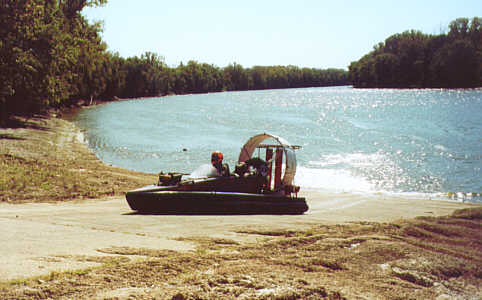 I didn’t know this, and I still haven't figured out how it came to be, but apparently Terre Haute is a hotbed of hover-craft manufacturing and the skittish craft are often tested right here on the river. In fact here comes one now, sweeping across the river and right up the long, steep launch ramp. At slow speed hover-craft are directionally challenged and Jim and I had to step lively to keep from getting run over! (To launch on the steep ramp they back down, increasing the throttle to slow and reducing throttle to go faster, because, well, the brakes suck!)

This particular craft, (Not the one pictured above because I didn't have my camera with me.) a 4 seater with the rear seats set higher than the front so all could see, was lettered POLIS which I happen to know is 'police' in Swedish. And no, there’s no exciting story behind me knowing that, it’s just that The Wife and I enjoy watching the Swedish police drama Wallander. (With subtitles of course!) 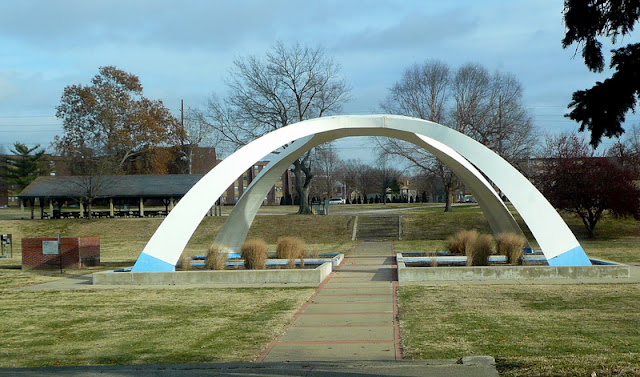 After the excitement at the boat-launch Jim headed back to the house and I started wandering the park, which is actually not bad, with playgrounds, pavilions, fountains, 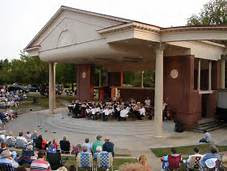 and an outdoor amphitheater/stage, but it wasn’t until I was down near the dog-park that things got a little wonky again.

While approaching the fenced in dog-park, with its two separate ‘corrals’ in case your dog is not social, (Oh hey! Maybe I need one of those?) I see a young man (college age) walking a cat along the winding sidewalk ahead of me.

“Oh cool!” I thought. “He’s trained his cat to a leash. . . No, wait! There’s no leash. That cat is just following along, playing in the edge of the bushes, then running to catch up and hop around his feet before diving after a random loose leaf blowing by. Even Cooler!”

Except that when the guy turns around and walks back towards me the cat just lays down in the grass and watches him go. Turns out the cat is not his at all, just some feline that popped out of the bushes and tagged along for a while.

Of course, since cats hate me, when I walked by the cat never moved anything more than his head as he watched me suspiciously while I passed.

Between Jim, the hover-craft, the playful cat that hates me, and the very friendly middle-aged guy that was either extremely eager to help if I needed anything, anything at all, or was cruising me, (Very flattering if it was the latter, but sheesh, he either needs a new prescription or is scraping the bottom of the barrel!) by the time I wandered up to the north end of the park and back the sun was below the horizon and it was time to head for the rest area for the night.

The Illinois rest area on westbound I-70 at mile marker 149, just west of the Indiana border, is one of the better ones for overnighting in a van or other vehicle that fits on the 'car' side. It not only has the truck parking located between the freeway and the car parking which makes the car parking a little quieter, but the car parking also has this unusual S curve shape which means that I can curl around and park The Van such that the building is between me and the trucks, making it even quieter.

But despite the friendly lead paragraph on the Illinois DOT web site, you can’t trust rest areas in this state. Some chowder-head in this cash-beleaguered state believes that a good way to save money is to ‘temporarily close’ rest areas ‘for upgrading’, although when I drive by I never see any construction going on, just the old, battered pickup of the care-taker who’s trying to keep the facilities from melting back into the earth from non-use. 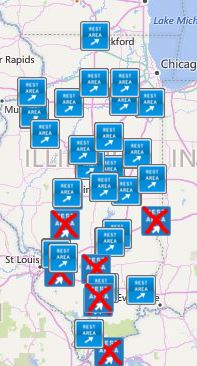 At any given time it seems like 20% to 30% of the 30 official rest areas in the state are closed.

Right now if you want to travel from Terre Haute to Effingham then down to Cairo you are shit-out-of-luck (Pun intended) for 200 miles because the first 3 of the 4 rest areas along that route are closed.

Personally I would think that a state in such need of dollars wouldn’t want to piss off tourists bringing in those dollars or truckers carrying the commerce that ultimately creates the tax-base, but what do I know, I’m not a politician.

At any rate, on my way up this trip I looked over and saw that my chosen rest area was open and if that had changed in the few days since there are some truckstops just a few miles down the road where I could make do.

As it was, when I rolled up that evening the barrels were lined up along the shoulder but the rest area was open, though when I woke up in the morning the building was locked up and a brisk walk to get the blood flowing before hitting the road revealed that sometime in the night the barrels had been moved into blocking position.

I guess all that weirdness in Terre Haute threw a little good karma my way, letting me slip into this rest area just ahead of the shutdown!