Note to Self: Saddle Lake is Not a Horse Camp!

I don’t know where I got it into my head that Hoosier National Forest’s Saddle Lake was a horse camp, but it’s not!

Maybe my simple mind got confused by the name of the place, who knows. 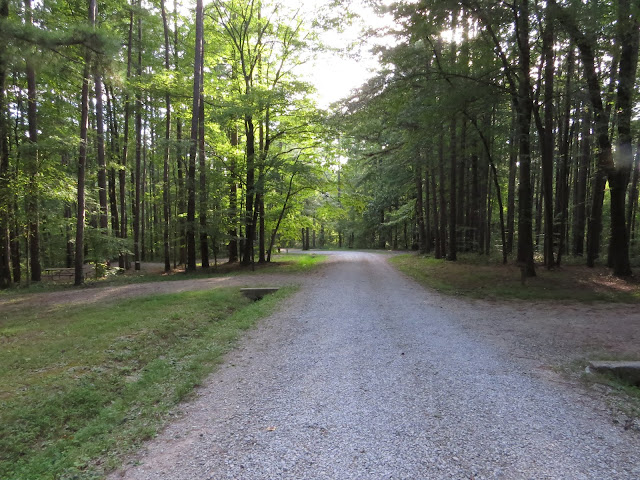 Anyway, horse camp or not, there's a 13 site easy-for-any-car-to-drive-into campground with vault toilet in here. I saw one reviewer say that a sign was posted indicating that in 2017 there would be a $5 fee. I could find no such sign and the sites are still free at this point. 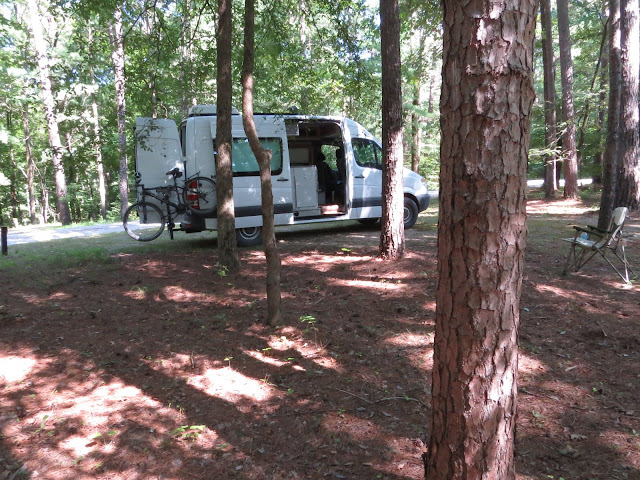 But don’t expect to harvest much solar in here among the trees. 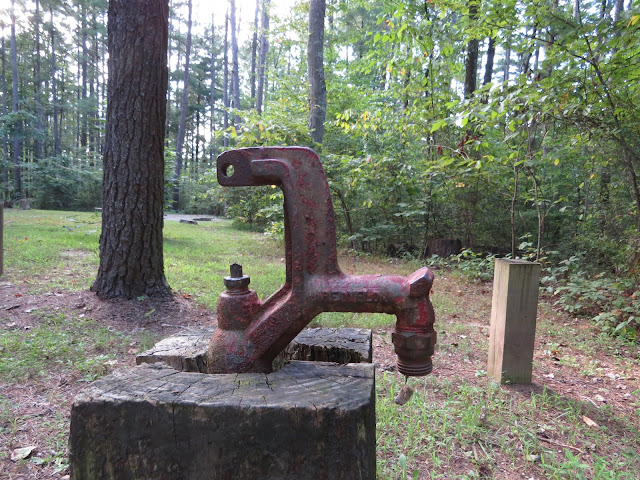 Maybe at one time, but not now. 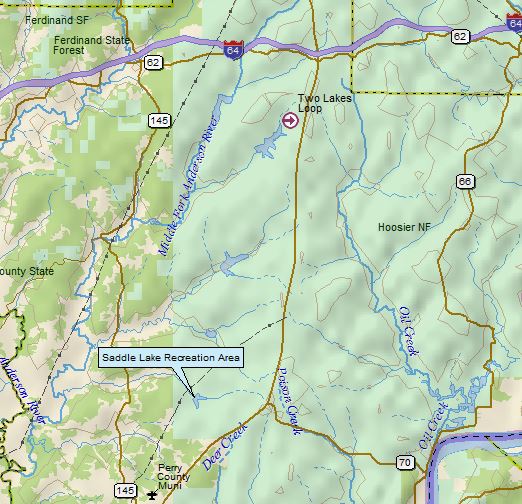 What Saddle Lake does have, besides being within 15 miles of I64 for when I finally start my two-day marathon drive towards the storm-battered homestead in the morning, 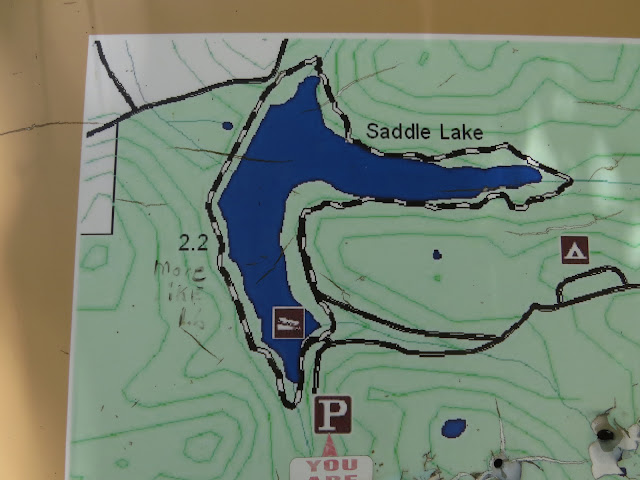 is a 2.6 mile (According to my GPS track regardless of what the sign says.) trail circling the lake. 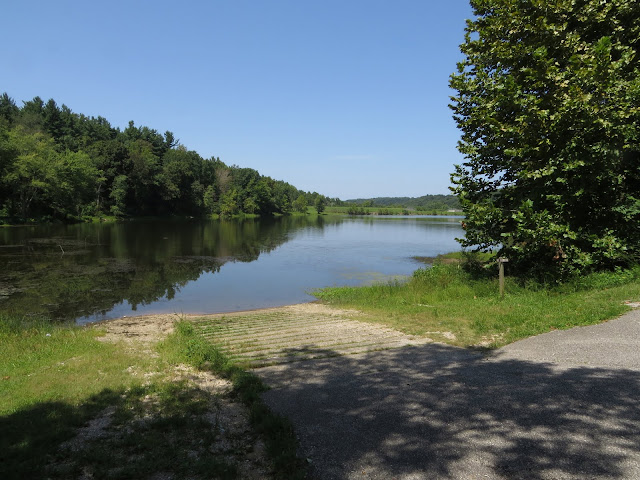 Doesn't mater which direction you hike, clockwise or counter, the trail starts and ends near a small boat-ramp. (Small lake, small ramp) 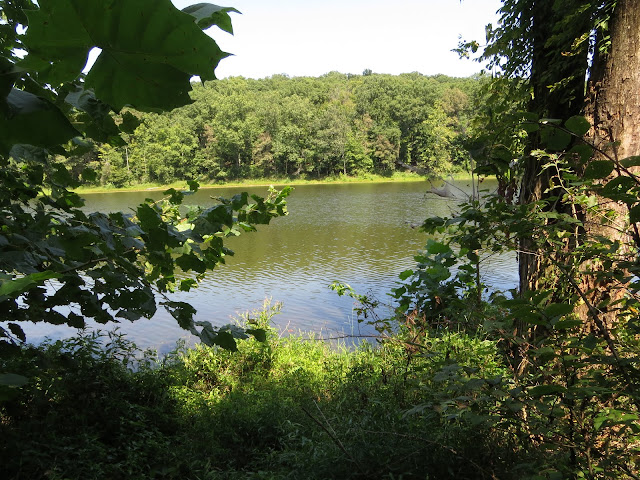 This is one of four flood-control lakes built along the watershed of the Middle Fork of the Anderson River.

Apparently at one time Saddle Lake was once a full-blown recreation area, but in this case, build it and they will come, just didn’t work out, so the place has been scaled back to a primitive site that doesn’t seem to see much use. 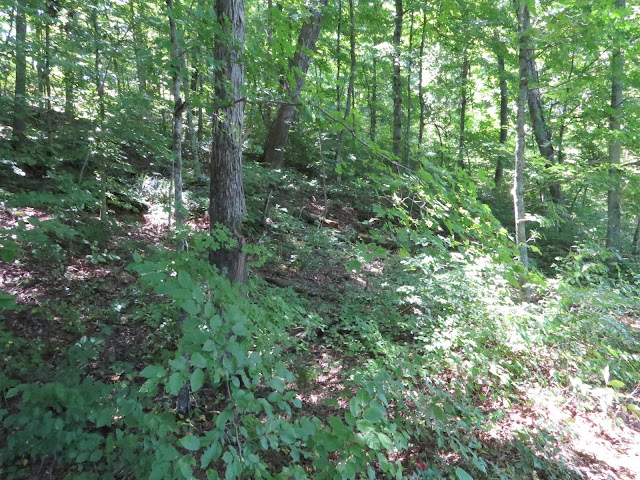 But primitive or not, it is a pretty little trail quietly sandwiched between the lake on one side and rolling deciduous  hills on the other. 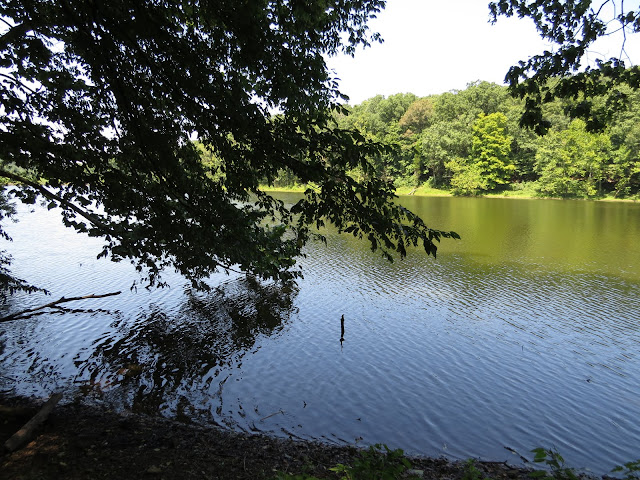 This time of year (End of August) it was a buggy place though, (The trail that is, the campground, up on higher ground, seemed fine.) mostly chiggers with a few ticks thrown in, and my old standby of straight vinegar liberally applied out of a spray-bottle just wasn’t doing the job, so my seldom-used  DEET-based bug-juice was definitely needed. (Ask me how I know this; go ahead, ask!!) 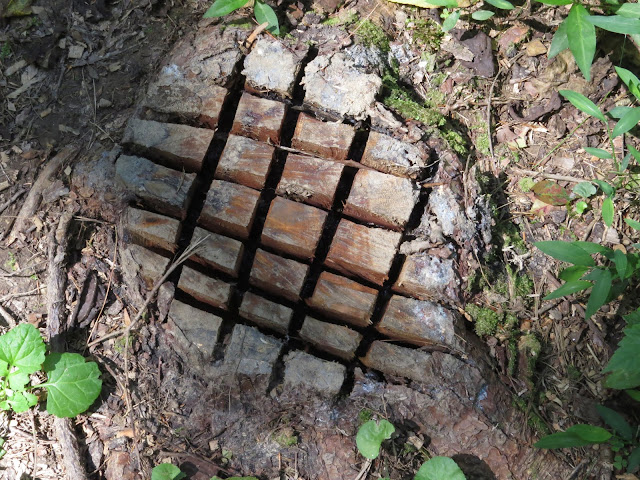 Maybe a game of forest-chess for the more cerebral among us?

At any rate, this strategy for speeding the decay of stumps has given me an idea for a shop-project using some of the larger trees that I've had to take down on the property. . . 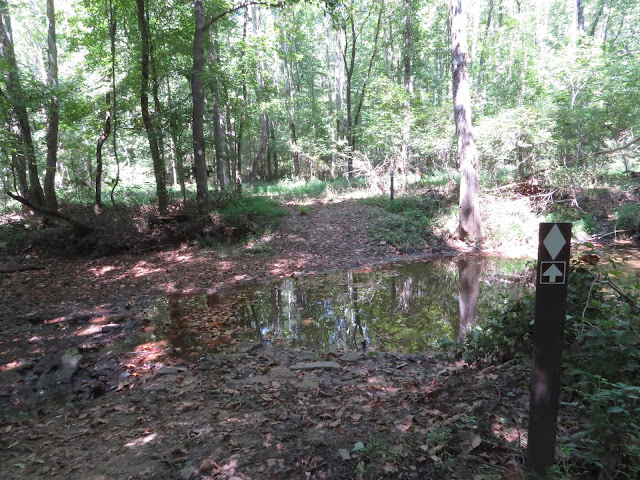 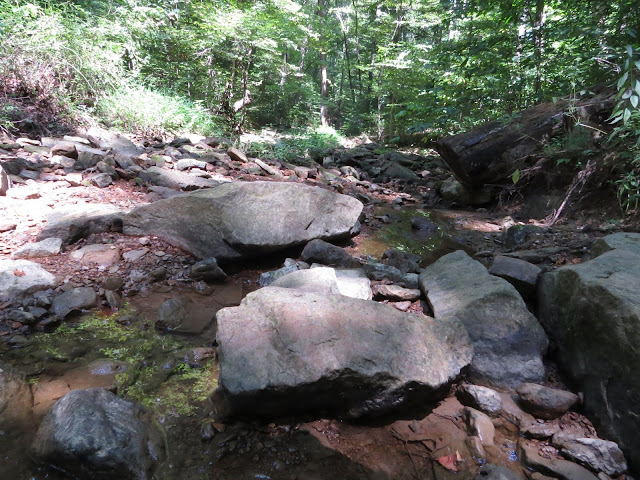 and here I’m standing in the spillway, the really wide and high spillway, struggling to visualize the water coming up this high, but given all the flooding at home right now due to hurricane Harvey maybe I’m just in denial because the people that do these things don’t build dams just for the hell of it! 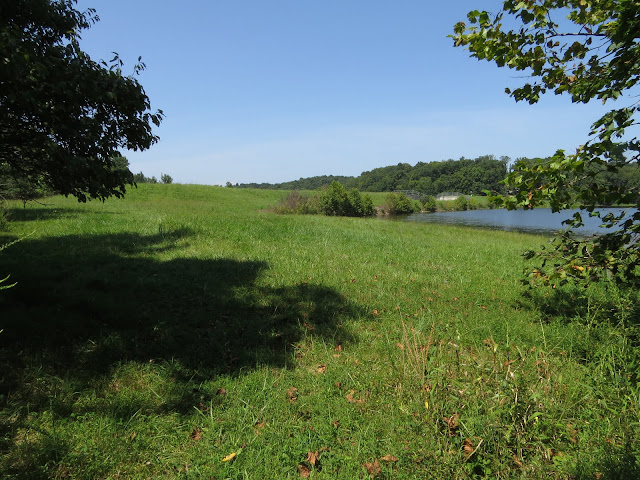 OK, between roosting buzzards and chiggers, enough hiking for the day, time to head back to camp and chill before getting a good night’s sleep because Harvey, nearly stationary for the past several days, is finally starting to slowly drift to the east and come morning I'm going to start the first of two long days on the road as I slip home behind the soggy bastard!