On Being a Hermit


Hermit is defined by Merriam-Webster as: One that retires from society and lives in solitude

Last March, 100 years (+ one) after his birth, the National Parks Conservation Association ran an article about Dick Proenneke who lived for 30+ years on his own in a cabin he built himself on the remote shore of Upper Twin Lake, (Now part of Lake Clark National Park on the Alaskan Peninsula) right up until he was 82.

Dick never claimed to be a hermit, in fact quite the opposite, but being reminded of him again (Dick kept journals and filmed himself quite a bit. Over the years these have been turned into books and a couple movies.) got me to thinking about the logistics of living a solitary life.

In Dick’s specific case ‘solitary’ included the pilots bringing in supplies a couple times a year, friends, hunters, the National Park Service rangers and researchers he often worked with, tourists coming by to check him out, etc.

Frankly, I’m pretty sure that now days it’s a lot easier to be a truly solitary hermit while blending into the faceless hordes of modern society than it would be out in the wilderness somewhere.

A ‘wilderness’ hermit is outstanding, noticeable, by the very nature of their environment, what with having no crowds to blend into. Whereas for the ‘civilization’ hermit, the one living among the faceless hoards, going unnoticed is more likely. And, no matter how self-sufficient the loner is, they won’t have the skills and wherewithal to produce everything they need. That takes a community with diverse skills and resources. Which means the wilderness hermit is forced into interaction with others on some level to obtain things like tools, clothing, pans, books etc. For the wilderness hermit, faced with complex transportation and communication issues, that usually means face-to-face interaction, whereas the hermit living within the constructs of today’s ‘civilization’ has resources available which can be used to limit, or virtually eliminate that face-to-face interaction.

For instance, once a year we have our annual supply of meats (which frankly isn't all the much anymore since we are down to eating red meat once or twice a month) delivered to us from Omaha Steaks. We place and pay for the order from the faceless comfort of their web page and the UPS driver leaves the coolers, which we’ve been tracking from our laptops, up by the gate where we collect them after he is gone. Not once during that transaction do we have any direct contact with another human. (Not that I’m saying we’re hermits, though if it wasn’t for The Wife keeping me on track, I suspect that I could easily fall into that life.)

I can order clothes from Duluth Trading Company, widgets from Amazon, RV parts from PPL, and prescription drugs, all on-line, and have them delivered into my hands with no direct human-human interaction.

I can do my grocery shopping from the computer and limit any face-to-face encounters to the person that brings my bagged groceries out to the car, or, if I lived in a the anonymity of town, even have them delivered to my door so I don’t have to go out at all. I can pay all my bills and do all my banking, renew my driver’s license and vehicle registration, make charitable donations, manage magazine subscriptions, and pay my taxes, all from behind my keyboard.

I can also drive from one end of the country to the other, filling the fuel tank every 300 or so miles, and never once have any human-to-human interaction; as long as I stay out of Oregon and New Jersey that is. 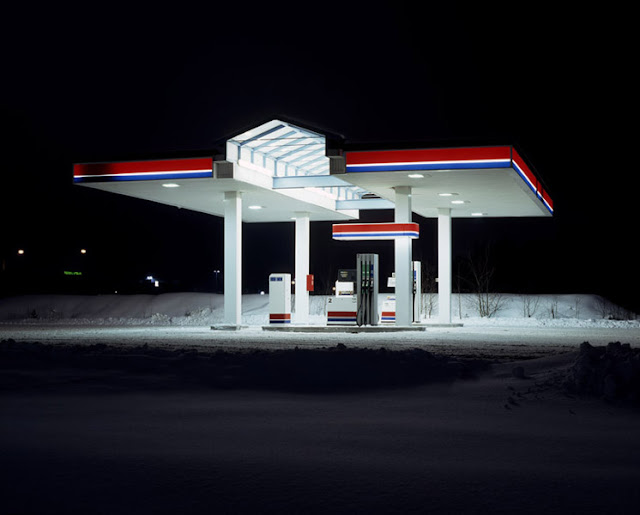 In fact, lately I'm running into more and more filling-stations with pumps but no building or attendant.

When on public lands, and not boondocking, most campgrounds now use iron-rangers for fee-collection. I can even stay at private campgrounds without the need for direct interaction by making on-line reservations at KOA’s, pre-paying and specifying late arrival so I can pick up my site-assignment from the after-hours box and leaving before the office opens in the morning. I can get all the information, maps, pamphlets, and brochures I need for visiting just about any place in the country off of my smart-phone. 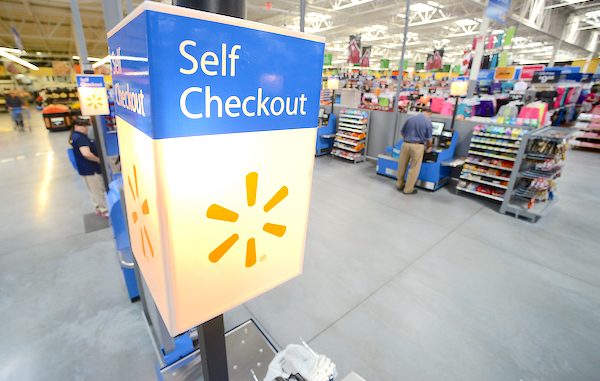 If I do need to do any traditional brick-and-mortar shopping along the way I can slip inside along with the rest of the faceless crowd, get product locations and price checks right on my smartphone, pay for my purchases at the self-checkout station, and slip right on out again without having made eye-contact or saying a single word to anybody.

Though I’ve always been enchanted by stories of mountain men, wilderness explorers, and the likes of the Dick Proenneke’s of the past, maybe the real golden age of the hermit is right now. . .