This Is Not Right! 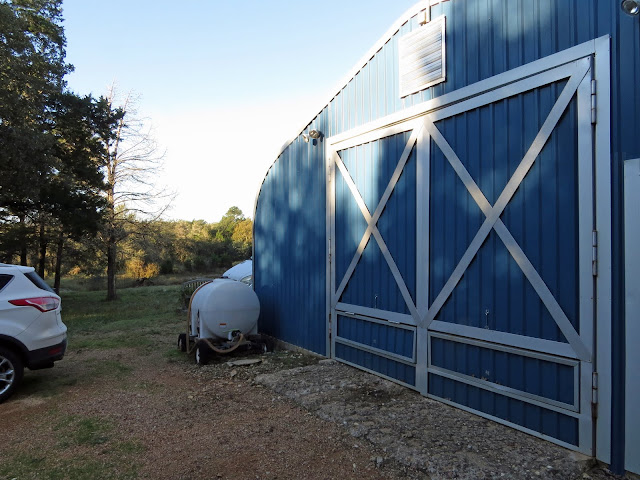 There are probably less than a dozen mornings in a year where the barn doors are not opened first thing, then only closed again when it's dark out and we are wrapping things up for the night.

And those days occur in the January-February timeframe, Never in November. And especially not in the first half of November!! 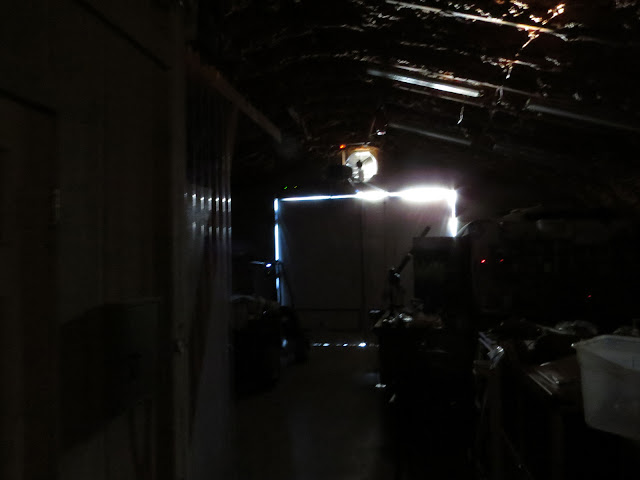 And even though the barn is not exactly what you would consider weather-tight, with the doors closed it is still considerably warmer than on the other side of them. 52 degrees inside compared to the 25 degrees outside.

Fortunately for us, inside the living quarters which are in a corner of the barn and significantly more weather-tight, we woke up to 64 degrees, and this is without heat which we only run once in a while to take the edge off during the evening, but never while we sleep. 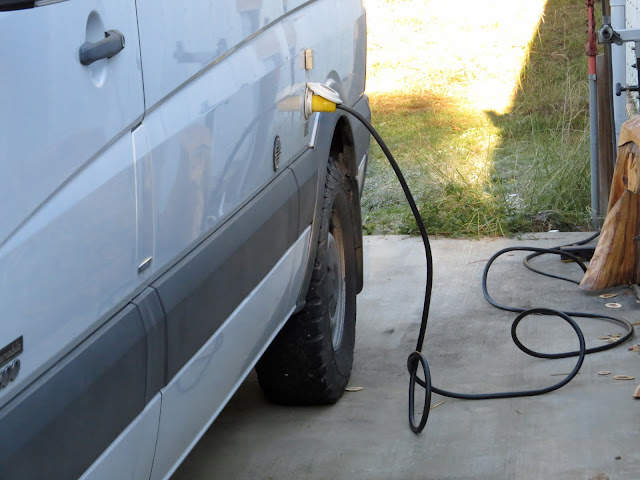 The Van, being a marginally insulated steel box, doesn't fare quite so well, so this is one of the rare occasions when I drag out the neglected power cord 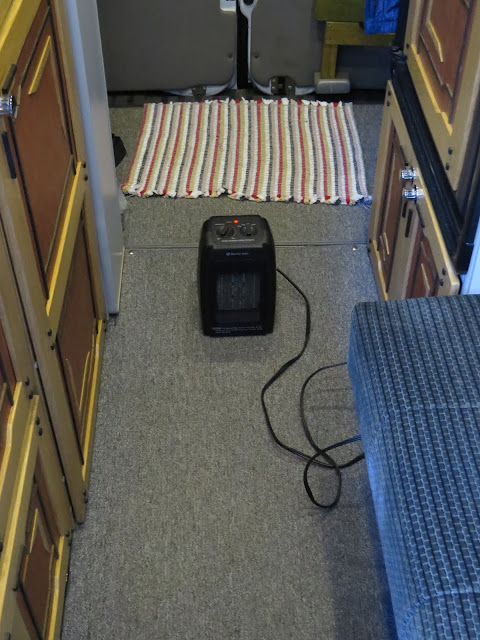 and set up the little space-heater, that frankly sees most of its annual quota of use as a load on the generator during the monthly check-runs.

In these kinds of temperatures it keeps the insides of The Van at 47, warmer than it needs to be but cranked down to the lowest temp and running on the Low setting, that's the lowest I can get it. Still, it sure beats messing around with winterizing! (I designed The Van with both the potable and grey water tanks as well as the pump and what little plumbing there is, including the tank fill and dump lines, to fit inside The Van with nothing hanging out underneath where I can't protect it.) 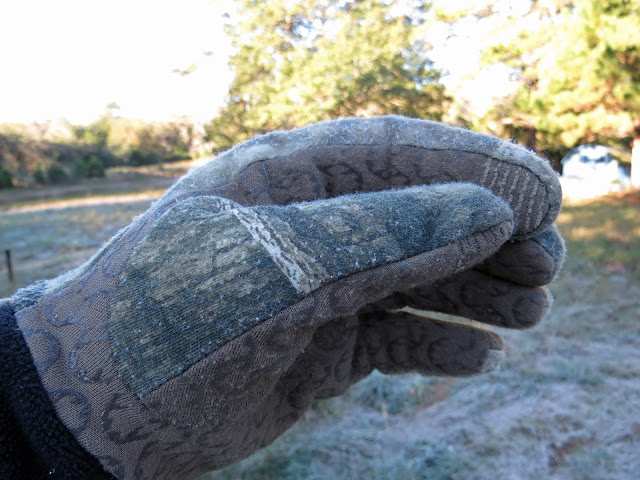 But look on the bright side!

Having to wear gloves means my old-man hands are covered up, taking years off my age. . .Right??