When the cows are on the wrong side of the fence? 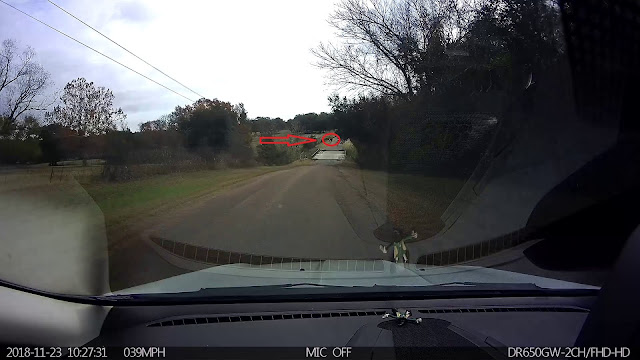 We were making a quick trip down a nearby county road into town last week.

That whitish square in the center of the image is the new bridge over a tributary of of Cummins Creek, itself a tributary of Colorado River. It's a replacement for the old bridge that washed on down the creek a couple-three years ago. It took nearly a year before this new bridge was usable and the road opened back up, but that's not what this image is about.

If you blow it up you just might be able to see a handful of black marks inside the red circle. 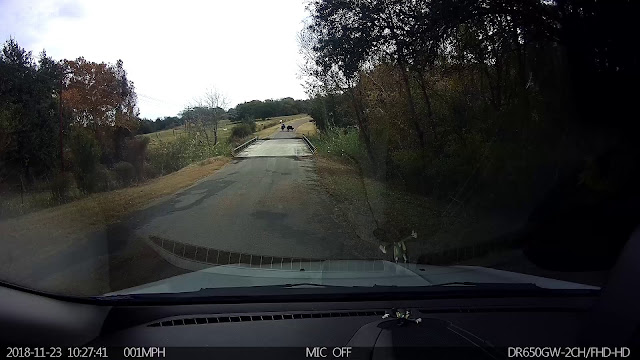 They, the black marks, the cows, are a little clearer in this shot taken from the dash-cam video just as we pulled over (We've been getting a lot of rain for two months now so pulling over too far and falling off the hard-surface is not recommended!) 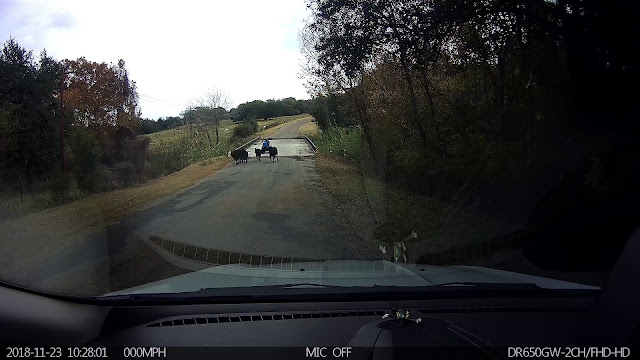 Another thing not recommended is to continue driving, or walking, or anything, at cows that are being pushed along towards you. It freaks them out and they scatter everywhere which would certainly not make the guy trying to get them back where they belong very happy. (He's just barely visible here riding along just behind the cows on a wheeler with a blue feed-bucket on the front rack.) 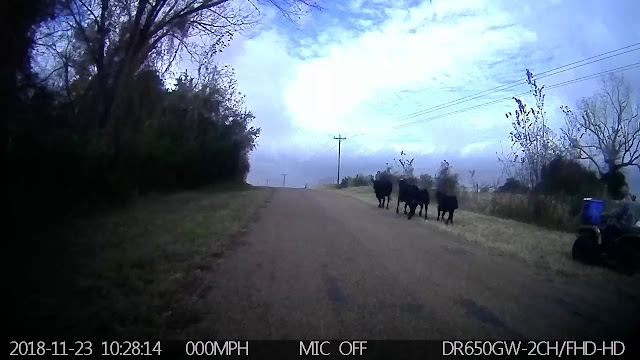 And there they go in this shot from the rear camera through a not-very-clean window. (One of the things on the list for this trip was a new rear wiper blade.) Two mom-cows that probably know better and two calves just tagging along.