You'd never know it based on all the hype, but I suspect I'm far from the only one that's become jaded by Christmas.

It seems like it's been an awfully long time since that unique, delicious, squirming anticipation of Christmas morning has set my youthful blood afire. Disillusioned, for a variety of reasons that would hijack this post if I covered them all here, for decades my participation in the holiday, the Christian version, has been based mostly on upholding expectations and forestalling confrontation.

But this year, for reasons unknown even to me, despite the retail hype pandering to our increasingly gime-gime-gime-and-gime-more culture starting up pre-Halloween, I made more of an effort than usual, but only post-Thanksgiving when it's supposed to happen. When there's time to enjoy but not so much time as to get bored with it. 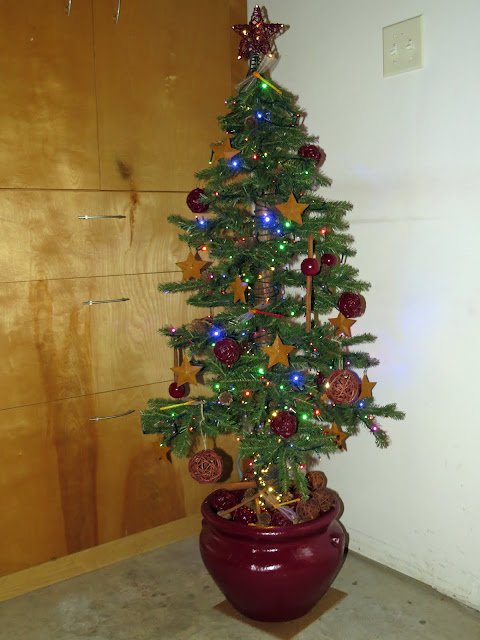 This tree, including the pot it is sitting in and the star on top (And the bit of cardboard underneath to keep the plaster-filled ceramic pot from staining the raw concrete floor like it did my workbench!) tops out at a rather modest 54". But in the context of our two-room, (one of those is the bathroom) 380 sq. ft. home it's pretty dang big!

We have to slide the tree, which weights a friggin ton by the way, (Did I really need to fill that pot nearly to the top with plaster? What was I thinking??) towards the door, to the right, in order to use the printer which lives in the second drawer up and I gota kinda squeeze my arm through the partially opened door of the closet above to get to my heavy jacket. (The one I wear to town, My real jacket, my working jacket, lives out in the barn.) 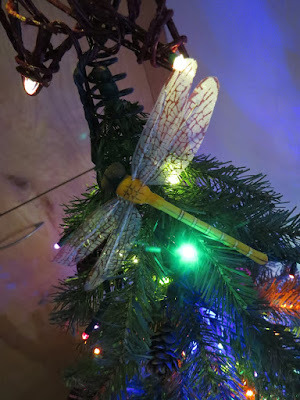 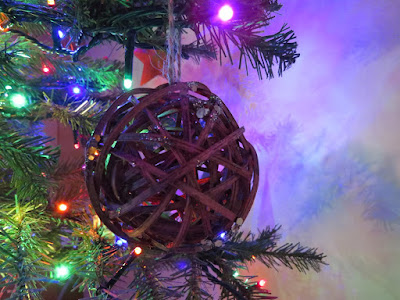 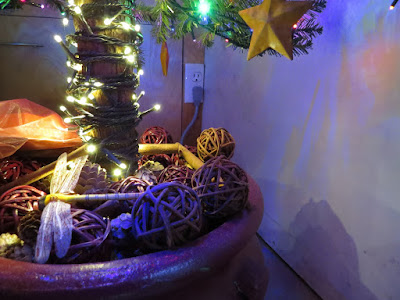 I even pulled the wire lady, one of those 3/4 sized garden sculptures that looks something like the sewing dummy my Mom used to have in the spare room, out of the weeds this year and gussied her up for the season 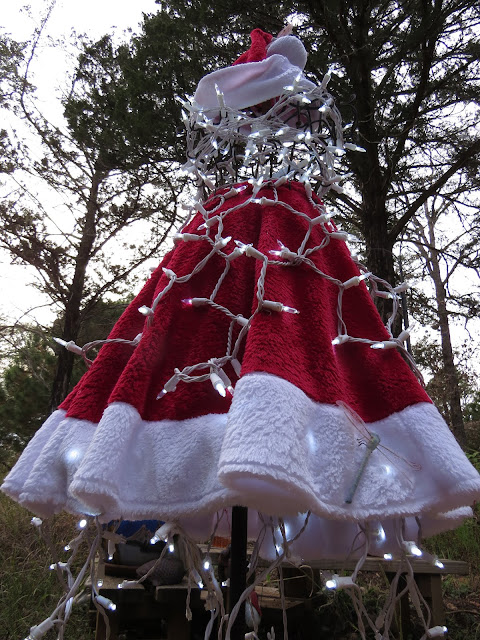 with a cheap tree-skirt and even cheaper Santa hat. 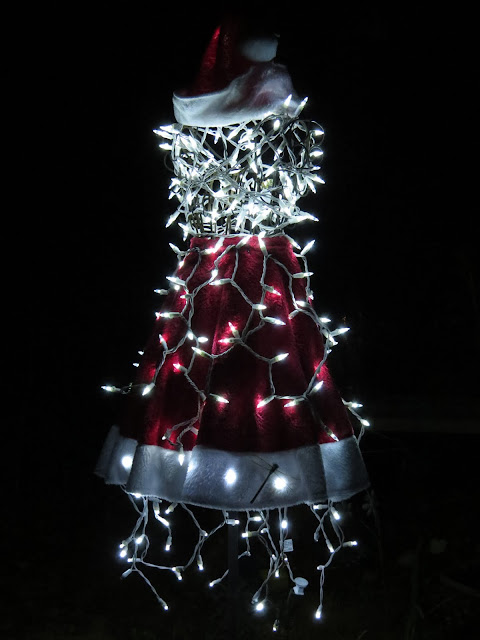 Oh, and a few lights too. 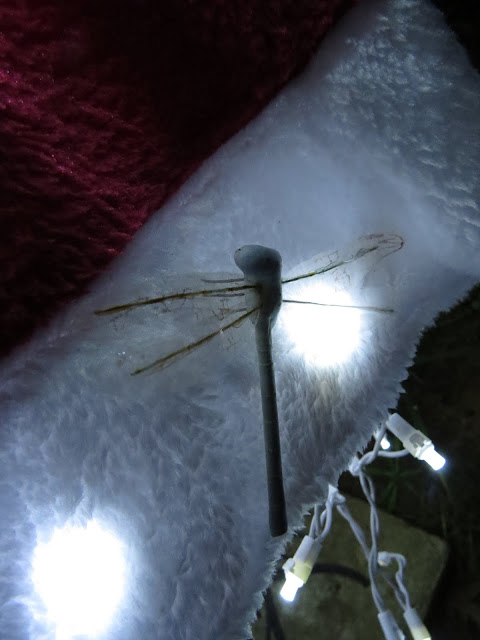 She's had to endure nearly 5" of rain since December 3rd when I put her outside the back door (where we can see her when sitting inside) and that has washed the color right out of the paper dragonflies, 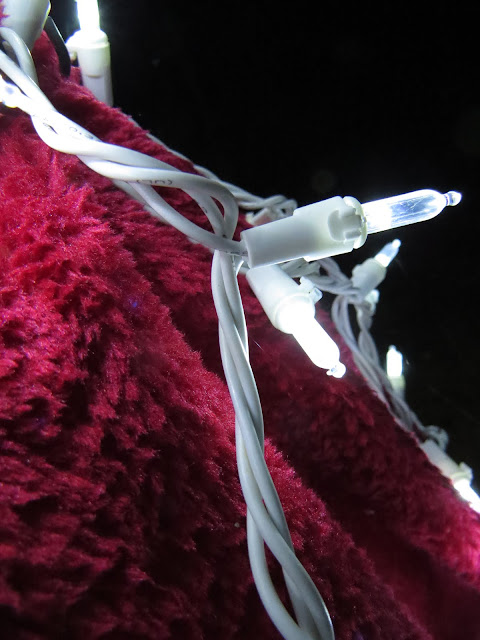 but she's actually holding up better than I expected.

That's not to say though, that I'm not pretty much over the "festivities" and looking forward to January 6th when all the hype will be stuffed back into the attic until next time.