Just Make Yourself At Home Why Don' Cha 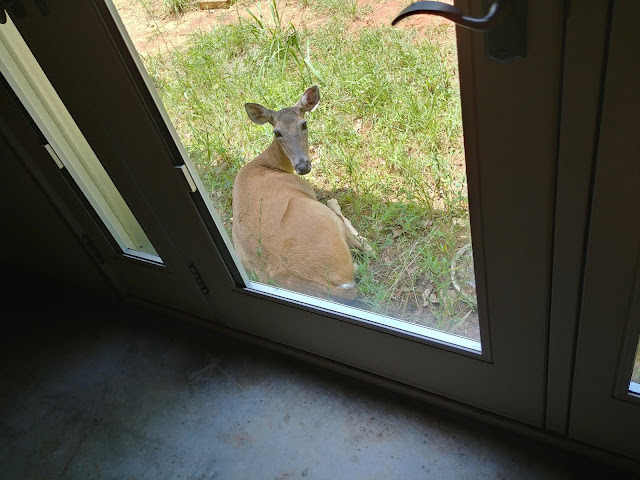 Came inside (through the side door in the barn) to help prep our meal the other day and found this just outside our rear door! (This was back in June.) 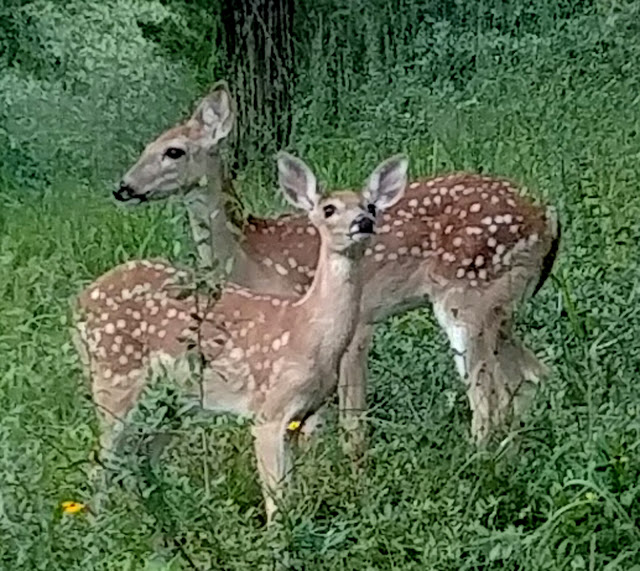 Later I spotted her with these two and was a little surprised because I had seen her with just the one a couple times recently. Then, because of the size difference between these two, (Hard to tell in the photo but the one in front is noticeably smaller than the other.) I decided it's more likely that the smaller one belongs to the younger doe that has been hanging around with the older one. The younger doe is much more jittery and that makes her camera-shy.