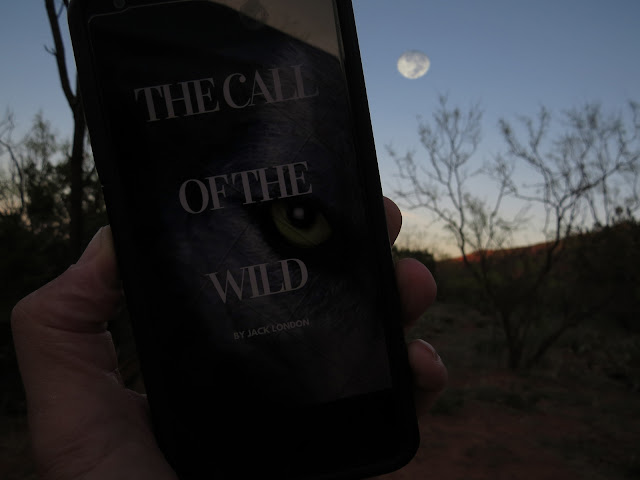 Just as On Walden Pond seems reading material more befitting of the sparse campsite than it does the well-appointed drawing-room under electric lights, Call of the Wild seemed an appropriate choice out here in Caprock Canyons where the unmistakable, sometimes lonely, sometimes spooky, and sometimes downright viscerally-scary cry of coyotes punctuate the dark.

Although, even though it's blasphemous to say so, like Hemingway, who I find a far too-much-in-your-face writer that painstakingly details every last aspect of a scene until there's no room left for the reader to flesh out the experience with his/her own life-observations and emotions, and who also made it overtly obvious at times that he was getting paid by the word and obsessed with getting as many of them in there as he could, I don't find London to be all that great a writer.

True, like Hemingway, London often documented manly adventures about places and circumstances that the public was hungry to read about under the safety of their own chair-side lamp, but I never have been able to come to a truce with London's weird sense of word-usage and syntax that, for me anyway, does nothing more than get in the way of the narrative. 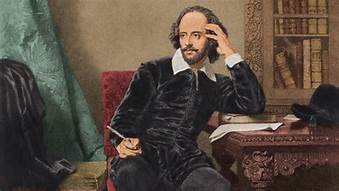 I understand struggling through the old-English of Shakespeare. That's just how people talked in his day so of course that's how he wrote, but what excuse does London have for sentence structures such as "The residence changed into approached by graveled driveways" or "Buck had conventional the rope with quiet dignity"? This is the turn of the 20th century and the writings of his contemporaries, as well as the letters and journals of the day, don't exhibit this sort of twisted word usage and nonsensical syntax, so what was his deal?

On the one hand London could make himself very clear in plain, ordinary English, such as when making speeches during his active Socialist period:

"Why should there be one empty belly in all the world, when the work of ten men can feed a hundred? What if my brother be not so strong as I? He has not sinned. Wherefore should he hunger—he and his sinless little ones?"

(His socialist period officially ended when he started buying up ranch-lands and complaining about the lack of ambition of the waged workers.)

On the other hand, for some reason while writing for publication he regularly wanders in and out of a tortured use of words that requires the reader to stop, go back, and attempt to decipher what the hell he's talking about! While other times writing beautifully clear and evocative sentences. And yet others penning plain crap.

Sometimes all in one passage. 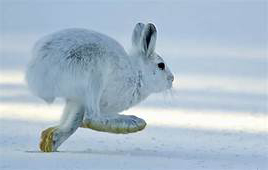 For instance, Buck, the canine protagonist in Call of the Wild, has come across a rabbit and does what you would expect of a hungry dog in the wild coming across a rabbit, but London starts this passage with:

"He became up a snowshoe rabbit"

Which at first seems somehow a little pornographic, until you stop the narrative to get your head wrapped around just what the hell he meant!

"He lay down low to the race, whining eagerly"

Which immediately throws me into exactly what Buck is doing and feeling as if I was right there with him.

Yet then he turns right around and ends the passage with this weak and highly disappointing line:

"It shrieked as loudly as a bothered guy may shriek."

OK, What guy, bothered or not, shrieks? I'm not saying London was a lazy writer but there must be hundreds of other, more appropriate and accurate and emotive, ways to describe the dying protest of that rabbit. - OK, so yeah, I guess I am saying he could be a lazy writer.

And a sloppy one too, as, after I point out that he may have been the original 'texter' since he never wrote out 'feet', using 'ft' instead, I leave you with one last complaint about this near-sainted icon of our American heritage. 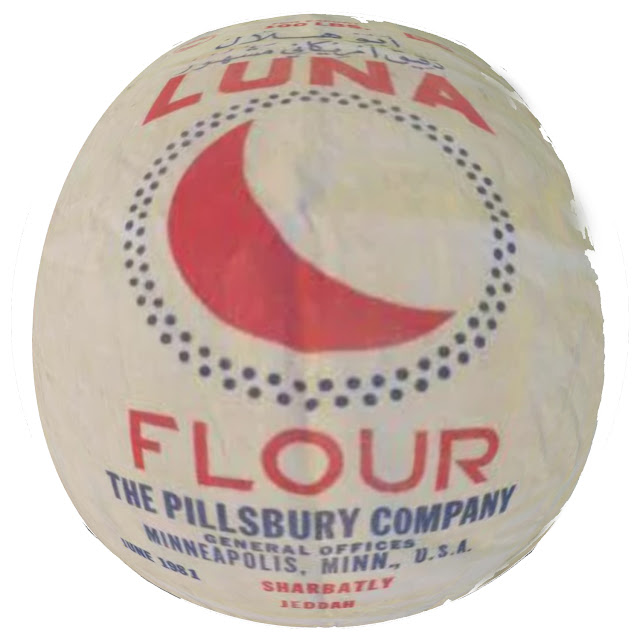 London couldn't seem to keep pounds and kilos on their own sides of the aisle. He often used one then switched to the other within the same paragraph. At times Buck is a solid 120 pound canine, but in the space of a few sentences he more than doubles to an improbably massive 120 kilo monster. The same with 100 pound sacks of flour that swell a few words later to 100 kilos. Or overloaded sleds that weigh 1000 pounds one moment and an improbable 1000 kilos the next.

I'm getting back to the story of Buck's conversion from a sophisticated California house-dog, an overgrown lap-dog, into a master of the savage northern wilderness, as I sit here, raw and unprotected, under the light of a near-full moon (a distinct advantage of reading on the Kindle app is that I can turn the background black and dim the white text to preserve night-vision.) as the occasional lonely call of a coyote fills the air around me then then slowly fades as echoes retreat up the dark reaches of the canyon.