The Things We Do For Family 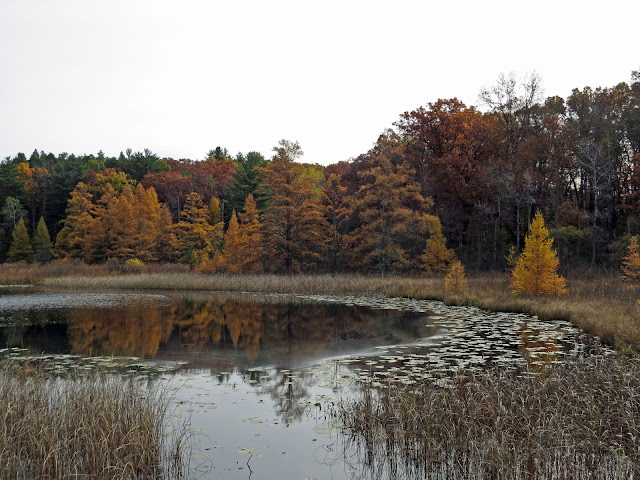 OK, two posts ago I was barreling north through the seasons into the teeth of an artic winter like I knew what I was doing, and the last post had me spending the day wandering a trail in Michigan while bundled up in what passes for my winter clothes these days.

The ignored elephant in the room the posts was just what the hell was I doing all the way up in Michigan in November in the first - and second - and third place?!

After all, I grew up here, you'd think I'd remember that it snows in Michigan in November.

You'd think, after over 40 years of living so far south-of-snow that it's impossible to buy all-season window-washer fluid in the stores, that I'd know better than to risk encountering that darkest, and slickest, of the seasons this far north.

Originally the wedding was planned for next May which would have been ideal for me, but both participants being contemporaries of mine (That's a nice way of saying they're as friggin old as I am!) decided waiting made no sense - so here I am.

We don't always like to admit it, but 'family' often means obligation. And not the good kind. The burden of providing assistance that can't be squirmed out of kind - or accepting an invitation that can't be ignored. Well let me go on record right now and say that's certainly not the case here.

We were born only a few months apart, and practically grew up together, but that's not the reason she's my favorite cousin.

She's my favorite because of who she is.

Despite being saddled with certain challenges and hardships pretty much from birth that often saw her being dismissed or ignored, even by those that should know better, she is the most gracious, giving, and forgiving person I personally know.

And when I met the groom/husband a few months ago at the family reunion the rightness of their match-up was immediately apparent. And not just because they have matching stature. I mean this guy, a life-long non-camper with mobility challenges, has already gone out and rented an RV so they can attend next year's family reunion as weekend campers and not just day-trippers! He's clearly ready to trade in his scooter for a tandem bike so the two of them can ride to the future together.

So when I heard a couple months ago about the change in wedding date (Now to happen on November 6) there was no question that I would gladly be there for their day. 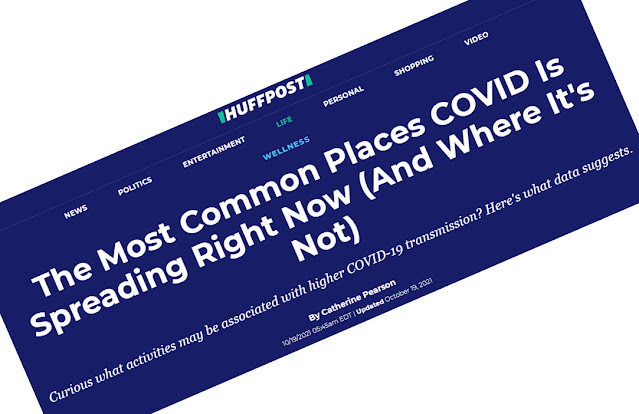 But then in October, citing credible sources, HuffPost turned around and released a report on current Corona spreading activities - - -

Not surprisingly, topping the list is restaurants and bars, crowded outdoor venues like concerts and stadium-events, and - well Crap on a Cracker! - rounding out the list of activities where you are most-likely-to-contract-Corona, is small, in-door private events - - -

But even this report wasn't enough to keep me away from their wedding.

Before the report had been released, in preparation for the event I had gone out and gotten the first flu shot I've had in years, (Mine is normally an isolated life so I haven't seen the need) then a couple days after that alarming HuffPost report, the day after the CDC signed off on the FDA's booster recommendations, I walked into our local pharmacy - no, seriously, that's it's name - to get my booster so I'd have nearly two weeks until the wedding to maximize my resistance.

As an introvert, with a capital "I", gatherings like weddings are not my favorite place to be. I tend to get pretty jittery at events like this and gravitate to a corner, preferably a corner near a door! So my plan for this event was to get there early and park The Van just outside so I'd have a place to escape to when I needed a break.

But this was a beautifully done wedding with both ceremony - simple and to the point - and reception - also simple and to the point - held within the same venue. Because it was a small venue and I was able to sit at a table with people I know with my back mostly to the room and a view out the window, I didn't have to implement my escape plan once!

I was able to simply enjoy the bride and groom enjoying their day.

Probably the best wedding I've been to - ever - including my own. (Ahem, I'm obviously referring to the first one, clearly not the second one since I'm still waking up most mornings next to that bride - and want to keep it that way!) 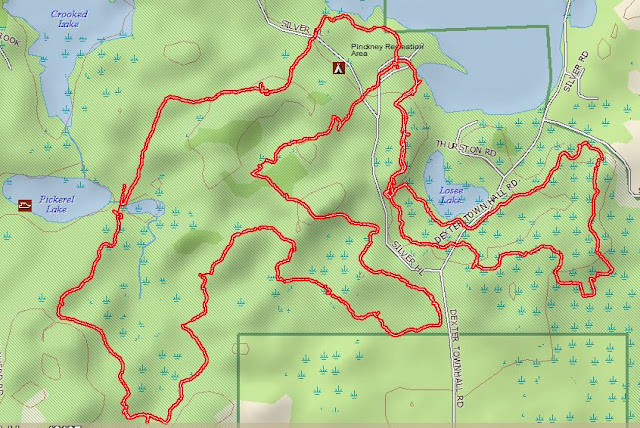 So that explains why I risked November storms and came up to Michigan, but it doesn't explain why I'm still here putting boot to trail instead of gas-pedal days after the wedding is over.

And unless you are familiar with this part of the country you might not understand just how much of a risk it is. Yes, the Edmond Fitzgerald sank during a November storm in 1975, but that wasn't an exception. There have been many other 11th-month tempests too, including the 1913 "White Hurricane" during which 12 ships sank with all hands lost, and 29 other ships were blown ashore. Then there was the 1940 Armistice Day Blizzard, and the Mataafa Storm of 1905.

True, The Van doesn't float, so big waves out on the lakes shouldn't be an issue, but these storms also produced upwards of 30 inches of snow and 10 foot drifts - and The Van doesn't do snowshoes! 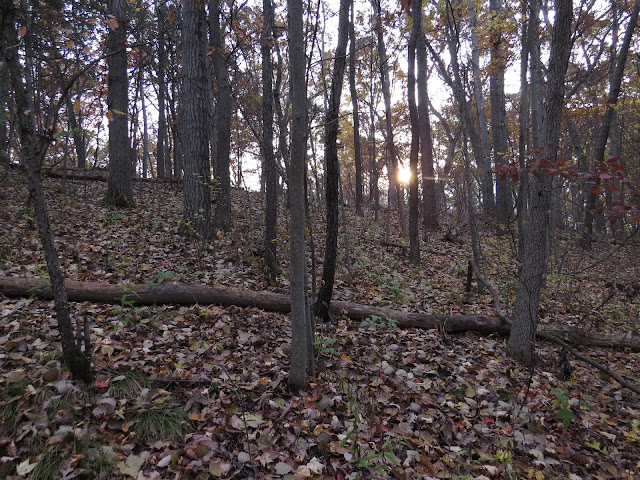 So, again, why the hell am I still here?!

You see, I had the trip carefully planned out to minimize storm-exposure. A quick in-and-out.

Leave on a Tuesday, two and a half days driving to get from here to there, a day and a half at The Brother's for a little shop time, (We built a form, then used his wife's oven to heat plastic and bend it around that form, now clamped to her counter-top, in order to create parts for this-year's vintage racing sleds) go to the wedding on Saturday, down to The Sisters' driveway that night, then ride with them and Mom Sunday on a three hour round-trip to a family birthday party, (My family does birthdays BIG and for the first time in decades I was going to be around for one.) Monday would be used for a little one-on-one Mom-time, then two and a half more days to get me well south of the snow-line and back home by Thursday. 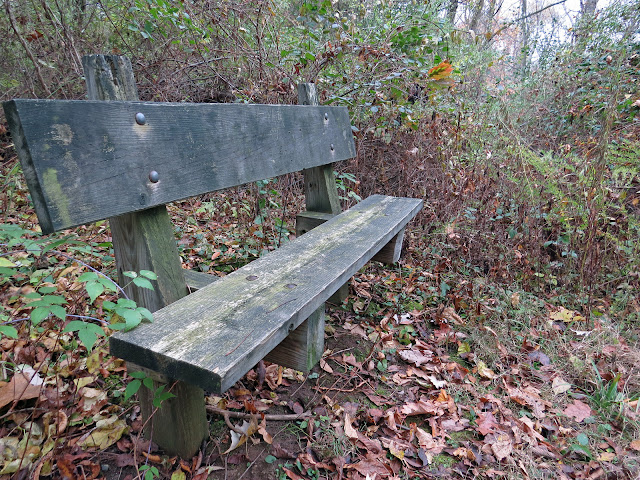 Well you know that line about 'the best laid plans of rodents and fools'? Or something like that anyway.

The day before the wedding word went out that Mom was put in lock-down that morning. Seems her quilting group got a little out-a-hand - OK, that statement might be redundant since it's hard to imagine a gathering of 16 old ladies with needles in their hands being anything but out-a-hand - but this time one of them tested positive after the fact so all of them were put into quarantine.

You don't know my Mom but she is very - as in VERY - family oriented, so this was devastating for her. To have to miss out on both the wedding and the birthday party - oh yeah, and also one of my rare visits - while sequestered in her apartment with her meals delivered to the door was a major disappointment.

Since she is vaccinated this was only a 7 day quarantine, so I immediately did some calculating, counted up the meds I had with me, and changed my plans - you know - because I'm retired and can do that- Oh, and also because she's worth it.

I had enough meds with me to last through next Sunday, (The Wife was on standby to overnight additional meds if necessary) Mom would be out of quarantine and available for a visit on Friday, which meant I could start the two and a half day trip Saturday morning and be home mid-day Monday, in plenty of time to catch up on any Monday meds I missed out on that morning. So here I am, entertaining myself in that precarious gap between fall 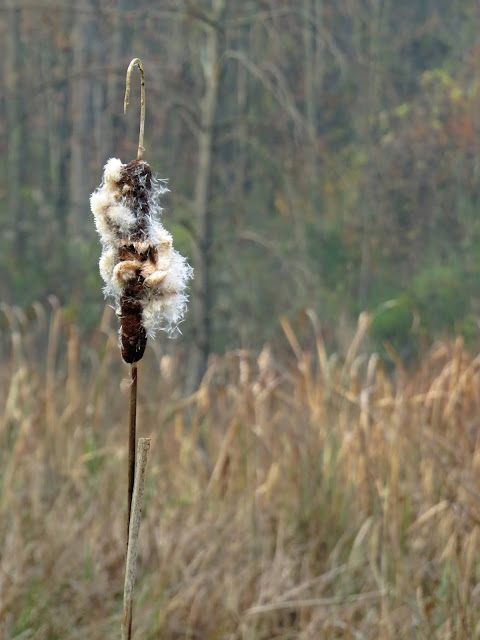 and winter while watching the weather like a - well - like a southerner caught up north with the threat of winter looming - and waiting for the clock to run out on Mom's quarantine.
In order to avoid additional disappointment during what was already a low point for her, I held off on letting Mom know I was doing this until I was absolutely sure it was going to work out and she would be comfortable with an in-person visit the day after getting released from quarantine, but once she knew, and got past squealing like a schoolgirl at the prospect of still being able to see me, (I am her favorite after all - - - ? ) she was worried I would be bored just waiting around for her while everyone else was off to work. But not to worry. As long as I have hiking-stick in  hand and trail in front there's no bored about it. 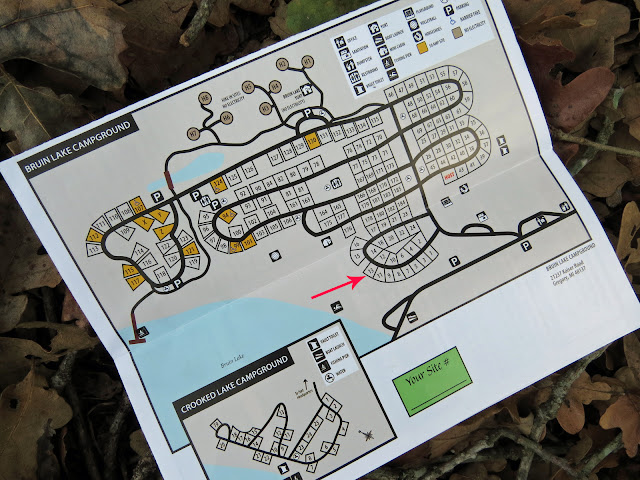 In fact, once I discovered that the campground at Bruin Lake was still open through the end of November I high-jacked The Sisters' Michigan DNR account (Department of Natural Resources) to make a reservation.
Surprisingly, given the time of year, there were only a half dozen or so available sites left for the following day and I quickly chose one over on the edge of the campground. 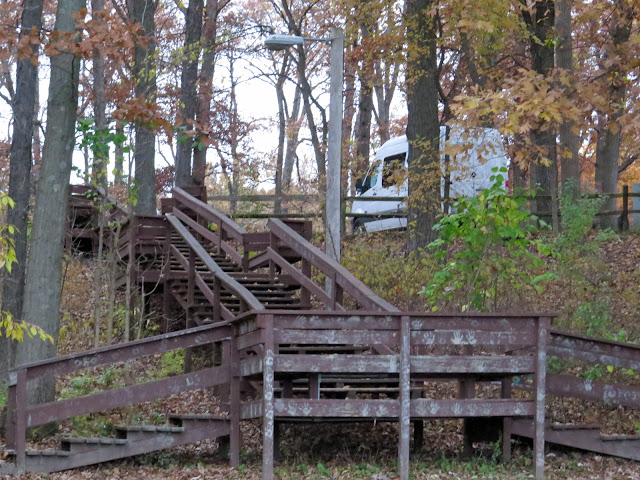 It was a nice site for a small rig like mine, just up from the lake, but it turns out that, despite what the reservation system said, 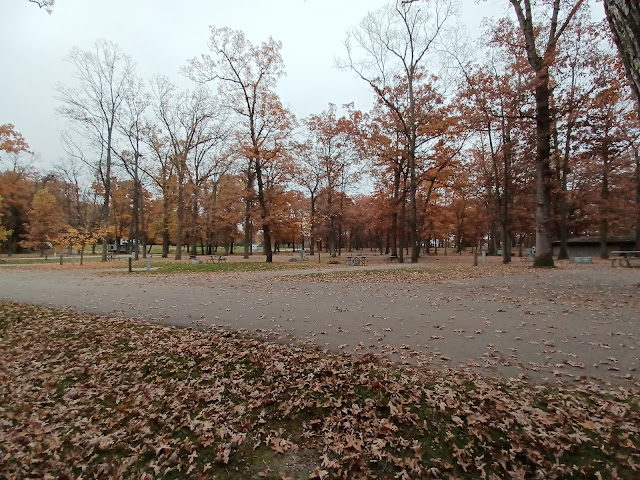 of the 135 drive-in campsites, 8 walk-in campsites, one yurt, and one mini-cabin, only the cabin and four of the campsites, counting mine, were actually occupied. 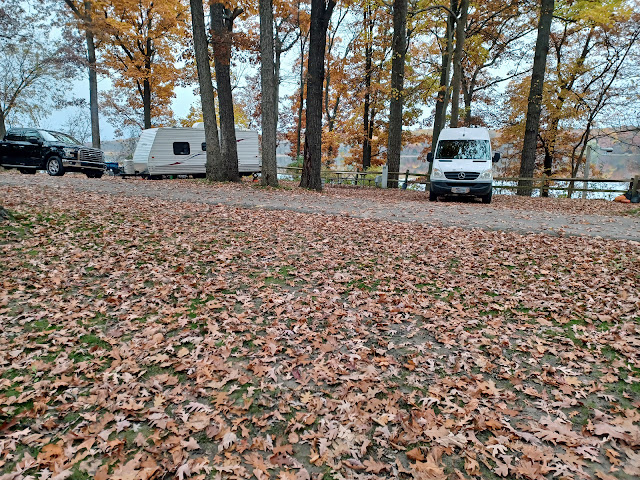 And wouldn'tcha know it - out of all that space I was jammed in right next to one of those other three occupied sites!!! 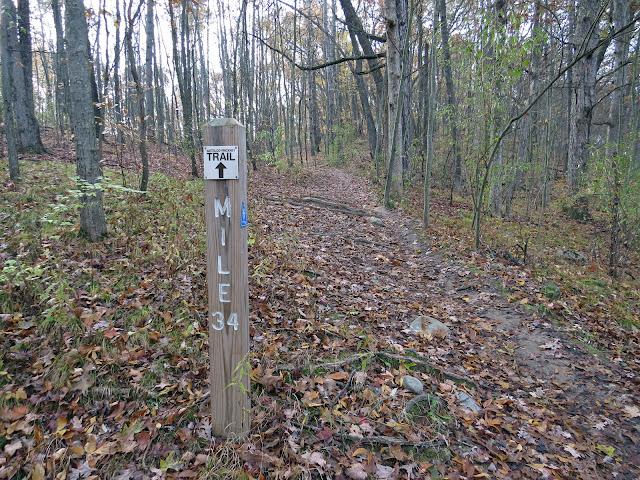 But no big deal.

With all those trails beckoning my wayward feet I wouldn't be hanging around camp anyway.

In fact, I got word Wednesday that Mom was getting tested and released a day early 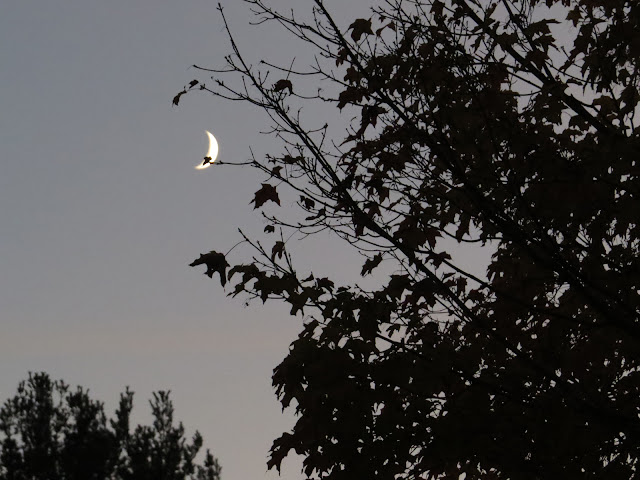 so I abandoned my camp a day early, headed back to The Sisters' driveway, and got myself tested as well. - You know, because I had just been at two of those small-private-gatherings super-spreader events myself, so it was the responsible thing to do.

We both tested negative so on Thursday, exactly a week after I arrived in Michigan, Mom and I got together for the day at her community.

She made us blue-berry pancakes for lunch and treated me to dinner at one of the newly renovated dining-rooms. 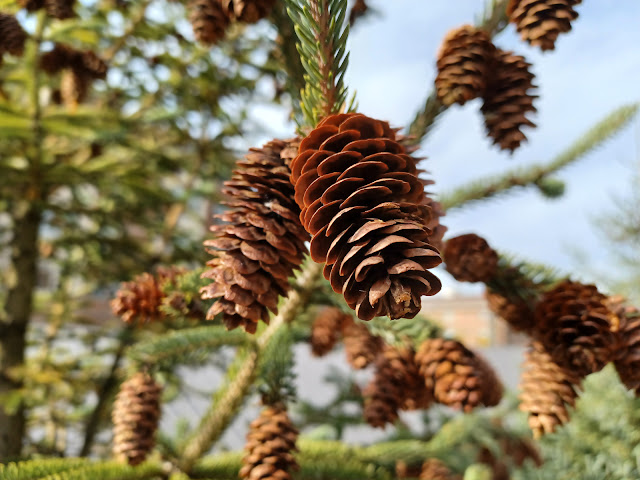 In between we walked around the perimeter of the community where some of the landscaping was definitely hinting at Christmas decorations, checked out the dog-park, just because we could, (At least I don't think she expected me to pee on the fake fire-hydrant!) worked on her current puzzle, and just visited.

As planned, I left sometime after dinner in order to drive the hour to Cabelas before they closed. But in keeping with that old 'best laid plans' warning, that was pretty much the end of 'as planned'.

More on that sorry saga next time.