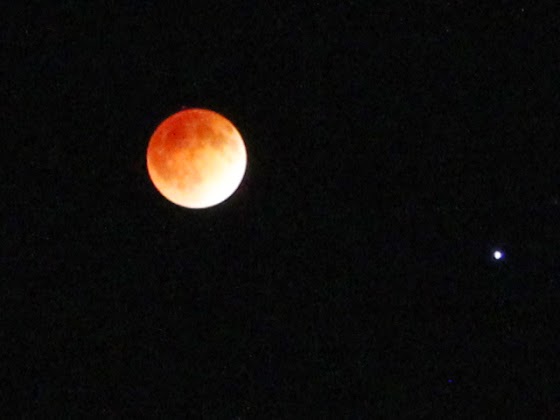 That might be because I set an alarm to get up in the wee hours to catch the blood moon. That's where the earth eclipses the moon and the earth's atmosphere bends the red light waves from the sun around, like a big halo, to shine on the moon. Now that's not something that happens everyday! I think we have one more chance this year, one next, then won't have anymore for something like 32 years. There are plenty of better photos of this phenomenon but this is the best I got with my tiny little portable tripod that shakes when an insect flies by. At least the sky was clear but unfortunately the good photo wasn't timed just right so there's quite a bit of yellow light hitting the moon as well as red. I'm not enough of an astronomer to know what that other bright spot is. I don't even know if it is a planet or star.
Regardless of my excuses, I got my lazy butt out of bed, quickly threw together an egg and bacon meal done up on the picnic table in the cast iron skillet, (Don’t be giving  me grief about the protein and fat breakfast, I have miles to hike and need the fuel!), threw dinner together in the crock pot as the water was heating to clean up breakfast, got my gear put together and headed out once the dishes were done.


This morning’s hike was over on a section of the park isolated from the rest by the river. In the late 1800's this area used to be broken up by 7 or so claims, most of them farmed although there was some timbering and limestone quarrying done along the river as well. In fact though isolated today, this area used to be a population center and even boasted a school (Long since lost to time), a cemetery (Remnants of which can still be found), and several limestone kilns. (Of which I've never been able to find any trace.)
You get there by crossing the river at Trammel Crossing, which was named for one of the early European settlers and not for the impediment it can be when the water is high. Years ago I crossed the river, make the hike and re-crossed, only to come back a couple days later to find the banks ravaged by a flash flood that raised the water level by about 20 feet, and around here it can do that in as little as 5 minutes! If you’re smart you carefully check the weather before making that hike!


It was a pretty crisp morning, but I soon had my feet dried off and back in my boots.  Just after climbing the river bank I disturbed 3 or 4 deer and the birds were out in force!


Way back in the far corner of this orphaned section of the park is the small cemetery. Today it looks like it originally sat under a massive, live oak but the cemetery was last used well over a century ago so the oak is probably a late comer. Now days the remains of the cemetery still sit in a nice little glade but the cedars have filled in (As I type this while sitting at the picnic table a hummingbird just flew in the open side door of the van checking for juicy flowers!) but it’s still a pleasant little spot. Years ago I asked the park staff about the cemetery and at the time couldn’t find anyone that knew anything about it, but now the park system has compiled a nice little history of the area.
http://www.tpwd.state.tx.us/publications/pwdpubs/media/pwd_bk_p4507_0026m.pdf


﻿﻿
Just about where the trail returns to the bluffs above the river near the northern border of the park a coyote casually trotted off into the brush, not ready to hang around but not in any particular rush either; but still too fast to catch him with the camera. 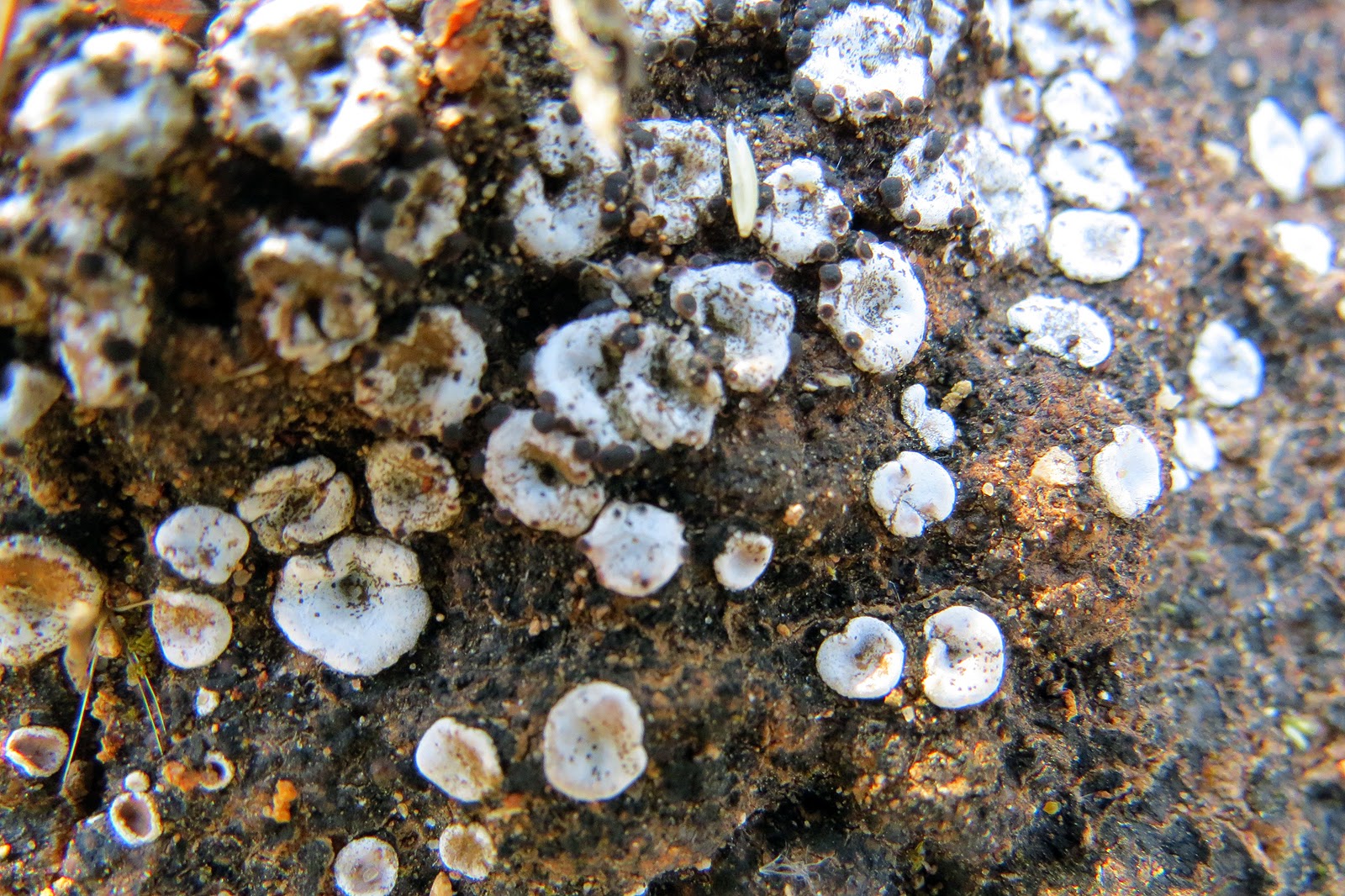 There’s a little sliver of the park right here poking up to the north which is trapped between the river on the west and a private ranch to the east. Most of that little sliver is limestone bluffs 200 feet above the river and, in little glimpses between the trees which insist on clinging to the steepening slopes, slopes which make the intrepid hiker step with care lest he take that long, bouncing slid down to the water, there are views of the country to the west and a little bit of the river down below. It might be my imagination but I think the river multiplies gravity right along here and is doing its best to suck anything up on the bluffs, including that intrepid hiker, down into its clutches!


Back on more hospitable ground it was well past noon (Yeah, I'm a slow hiker.) and very quiet and peaceful compared to earlier this morning when the birds were competing to out-shout, out dance, and out display each other for sexual favors and bragging rights (Hey! Just like  humans in a nightclub!!) as I closed the loop and headed back towards the river crossing to finish up the 6 mile hike. 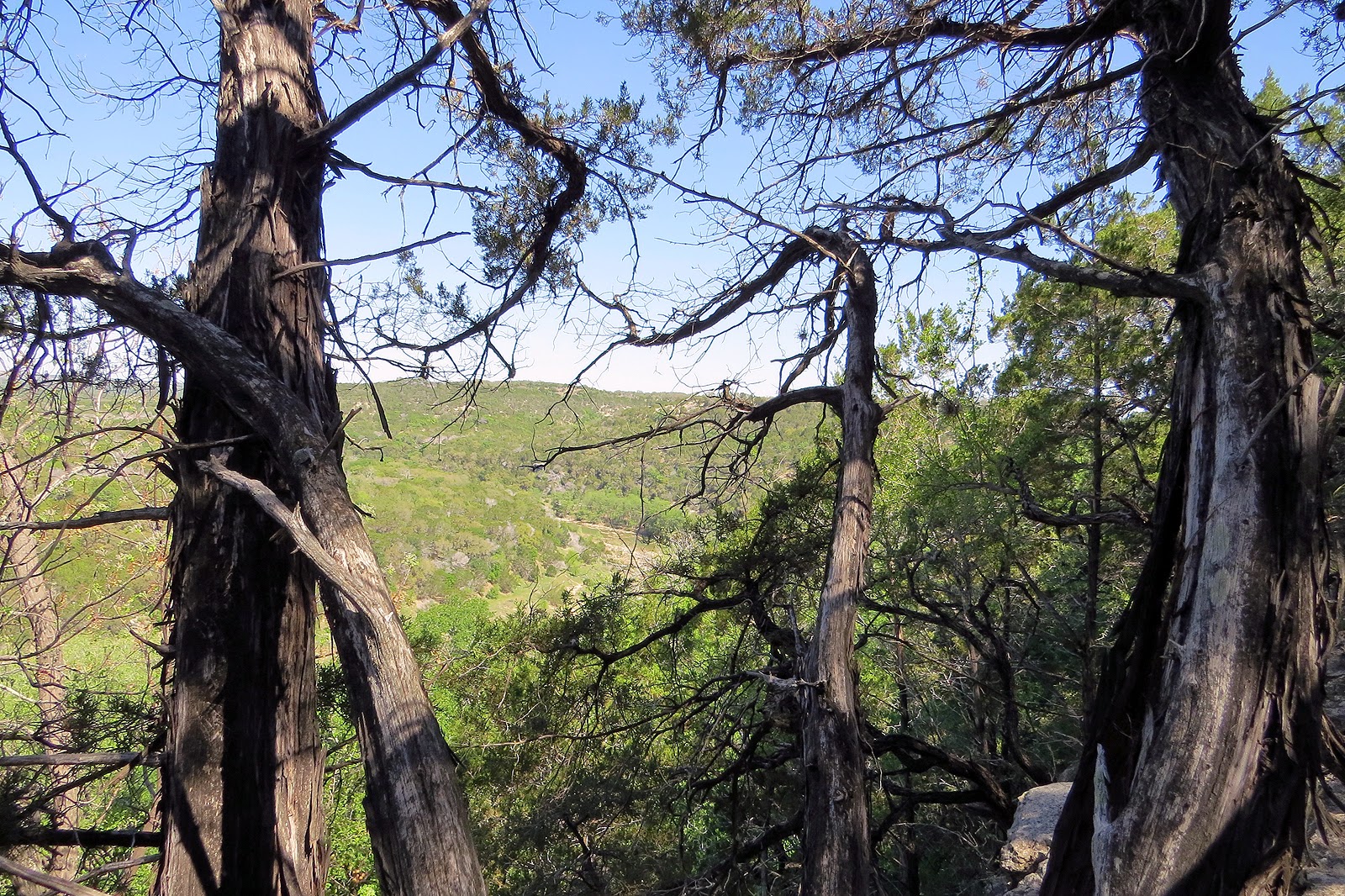 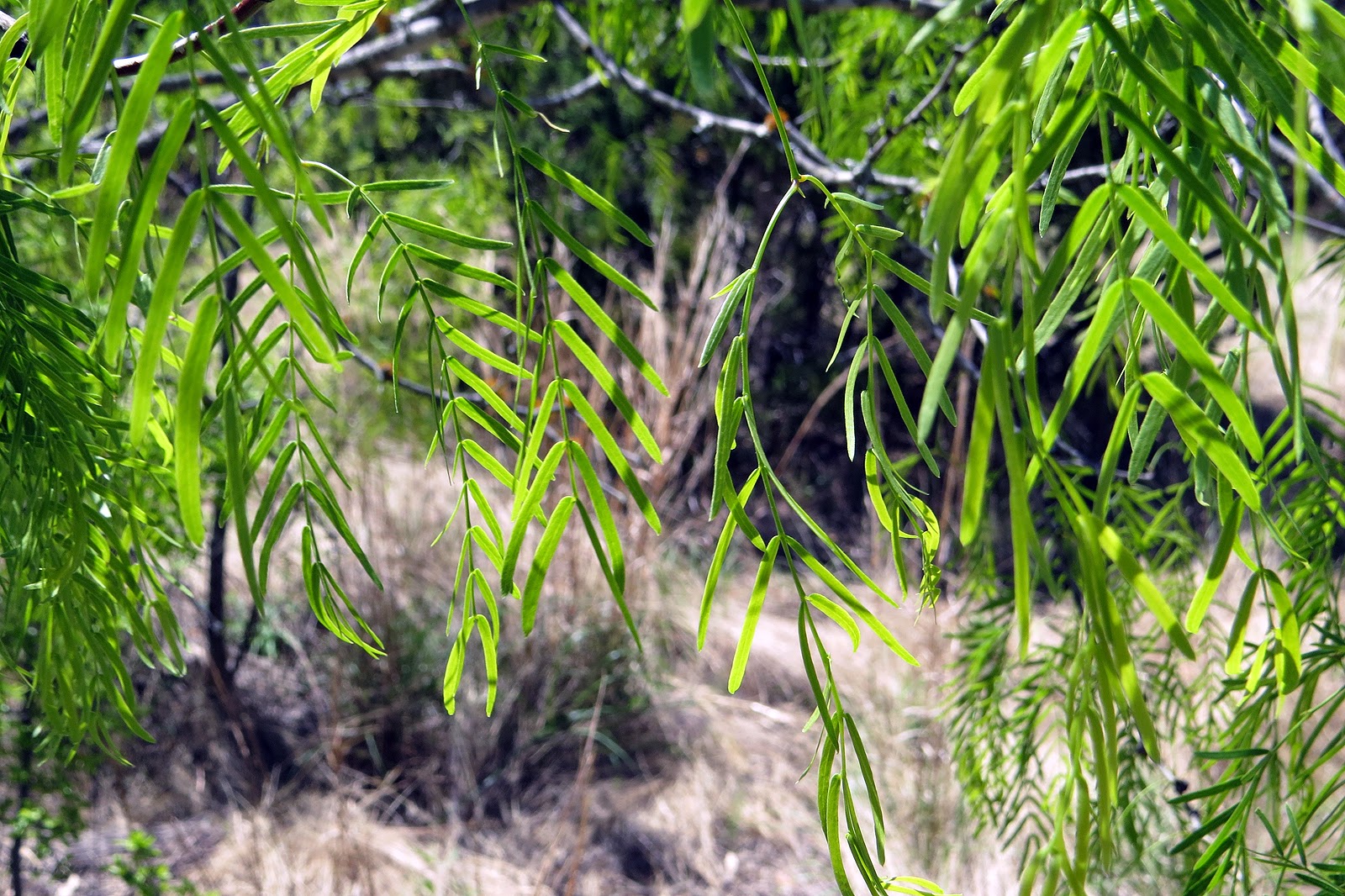 After a few hours break during which I whittled away at my magazine stack, I took off on a late afternoon ramble down and around the Twin Falls nature trail. 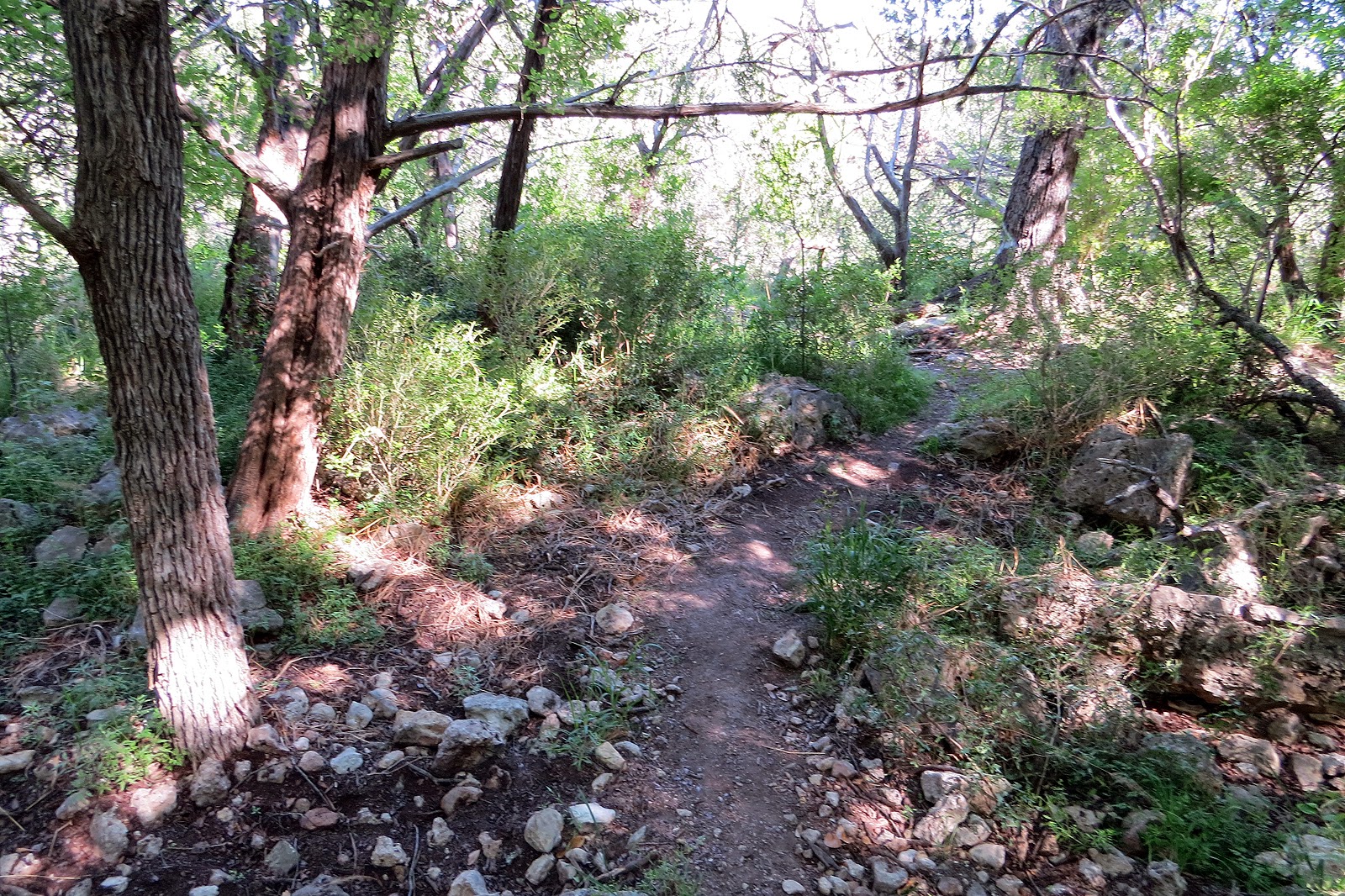 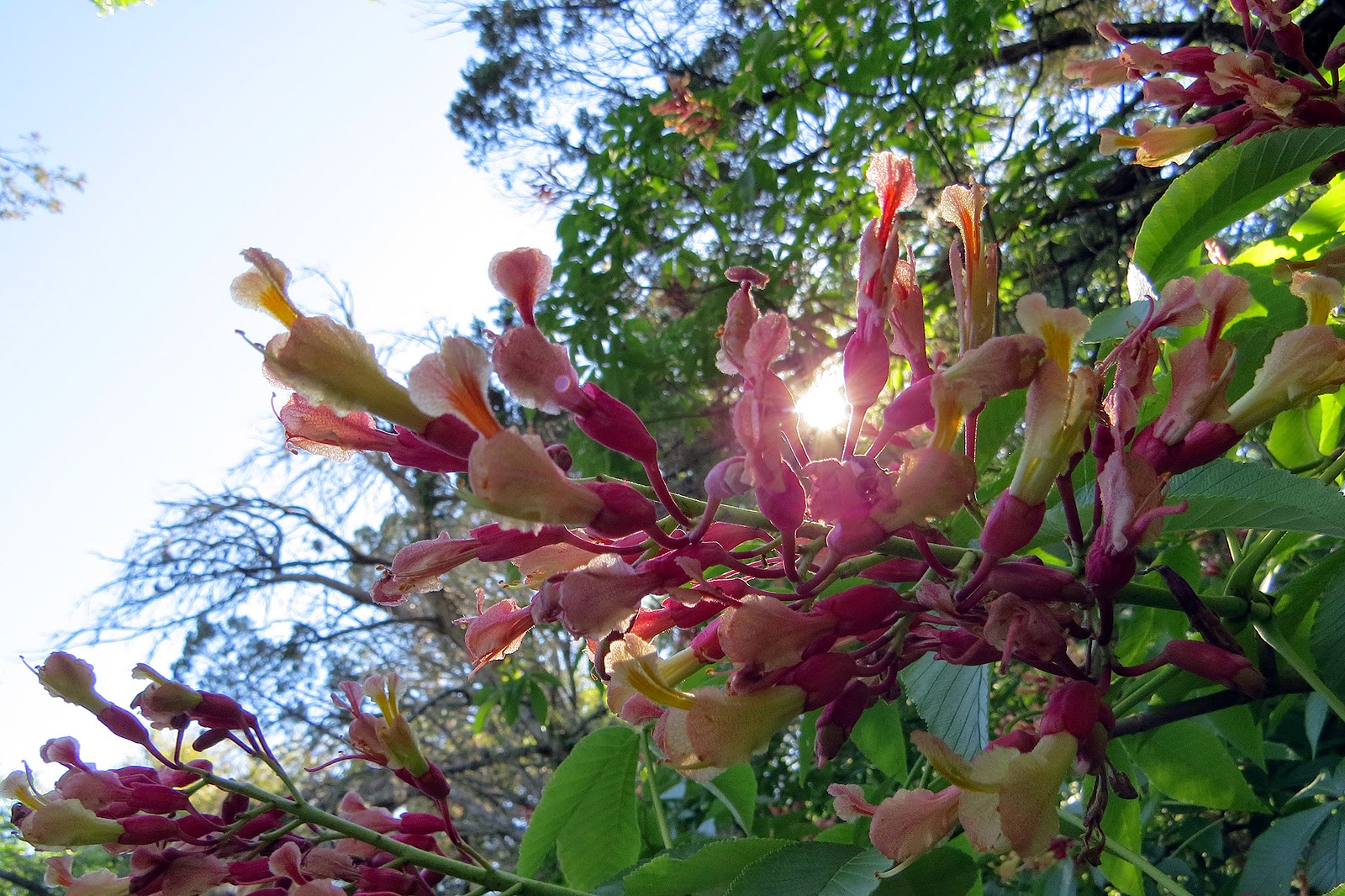 This would be more of a nature trail if there were placards and/or brochures explaining some of the plants and geology but it does give a close-up and personal experience with the limestone ledges that rim every waterway around here as well as a view, of sorts, of the twin falls. Ever since I started coming here in the 80’s the area around the base of the Twin Falls has been closed so the area can recover from overuse. I guess the recovery is slow since you still are only allowed to look from an approved platform high above the pool, the one the Regal Creek cascades down into. Today things have grown up enough that only one of the twin falls is visible from the platform but even from a distance you can get a sense of the crystal clear water and deep limestone pool below the falls. 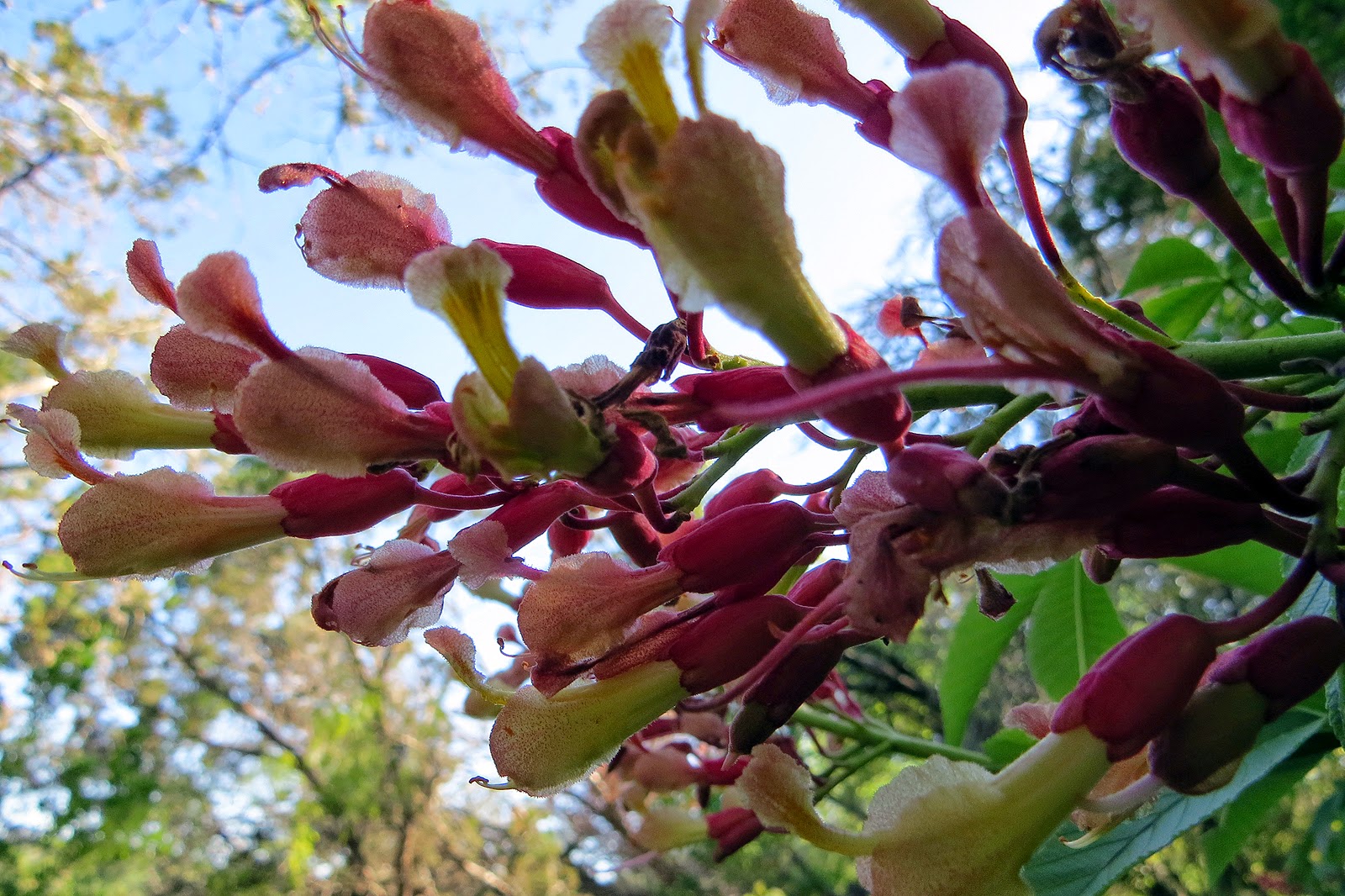 The trail markings along here are much better now than they have been in the past though. This area is adjacent to the campground with some campsites backing up onto it so has always been slightly trampled. Many years ago I missed the turn the approved trail takes and followed one of those ‘tramples’ until it petered out. This was long before the days of GPS so I did some bushwhacking, squeezing my way through the thin but closely spaced trunks of the early-growth woods that were there at the time until I came across a power line that I was able to follow back towards the campground.

Today the only bushwhacking I had to do was by design. I was looking for a shortcut across the lower ends of Regal and Bee Creeks so I could get onto the Wolf Mountain trail tomorrow morning from the campground.

That plan didn’t work out so well.

After 2 more miles of hiking to add to the 6 from this morning I made it back to the campsite and dinner.
Posted by greg at 2:00 PM