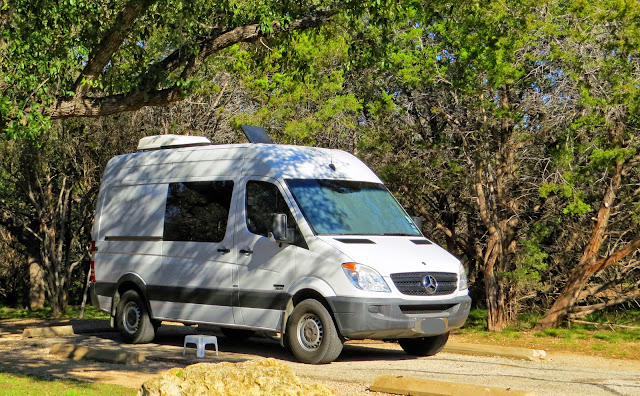 What you can’t see in the photo above are the heatwaves coming up off the still hot engine. What you can’t see is the matadorish slog across 50 miles of Metro-Austin crush it took me to get from there to here.  What you can't see are the ranks of big-box and strip centers and Mc-Mansion subdivisions with enticing names like Ledge Stone and Clearwater (Filled shoulder to shoulder with homes that for the next 50 or so years are destined to be mostly jointly owned by the banks that cater to our insatiable desire to outreach our resources!),  or the endless road construction and ranks of mindlessly malicious traffic lights that have to be negotiated to get here.

About 10 or 15 years ago Austin started showing up on ‘best places’ lists, and those lists are inevitably a death knell. As usually happens, many of the traits that got Austin on those lists in the first place were quickly squashed under the crush, destroyed by the very people that poured in to enjoy those traits, but apparently nobody has figured that out yet because they're still coming. Something like 100 new residents a day are thickening the sprawl.

I too once lived in such a place. I spent nearly 20 years living fairly comfortably and content in a quiet, eclectic neighborhood, a little self contained community in the middle of a major metropolitan area. But that was before the destruction. Once that dreaded word got out, once my little neighborhood started showing up in the Sunday supplements, the yuppies (Yeah, it was a while ago, back when yuppies ruled.) moved in and quickly destroyed all that had made the place unique. Suddenly, for every two 1920's brick duplexes built by the original Italian residents that were torn down five towering, garishly contemporary town-homes were shoe-horned in.  Where we used to have upwards of 100 kids and a dozen languages walking past the door in the morning on the way to the elementary school, now less than a handful of kids were left. We went from first-name conversations with the local homeless as they collected the aluminum cans we set out for them, to watching the scraggly old Vietnam vet that's been living on the local corners for years being ticketed by the police. They say it's because the aluminum cans he's been caught picking out of the garbage are property of the city, but we all know it's really because he's committed the horrible offense of sullying the view from someone's $500,000 third floor balcony

When we left under this onslaught we were sad for what had been lost, but eagar to get away from the ruins our neighborhood had become.
I think such devastation must be the nature of man, not necessarily the individual but the collective man, because this destruction of habitat happens time and time again. It’s probably why we're always trolling the media, looking for the next ‘best place’ list, but rarely satisfied once we get there. 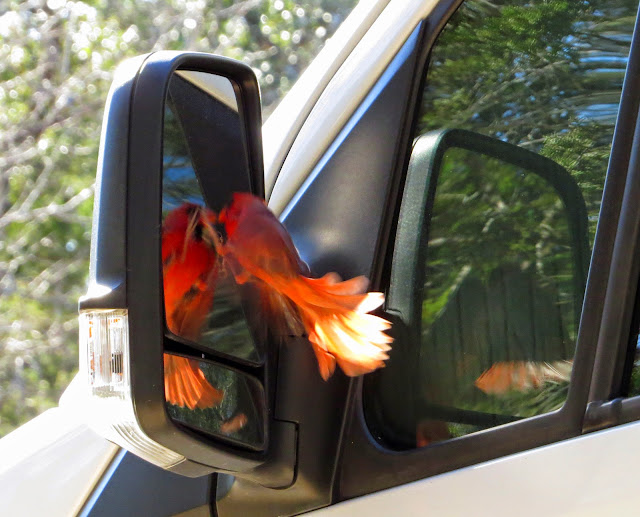 But of course I’m part of the problem too! Not 10 minutes after I moved into this neighborhood, however temporarily, this poor Cardinal was reduced from going about his kicked-back Cardinal business to fiercely battling my mirror! 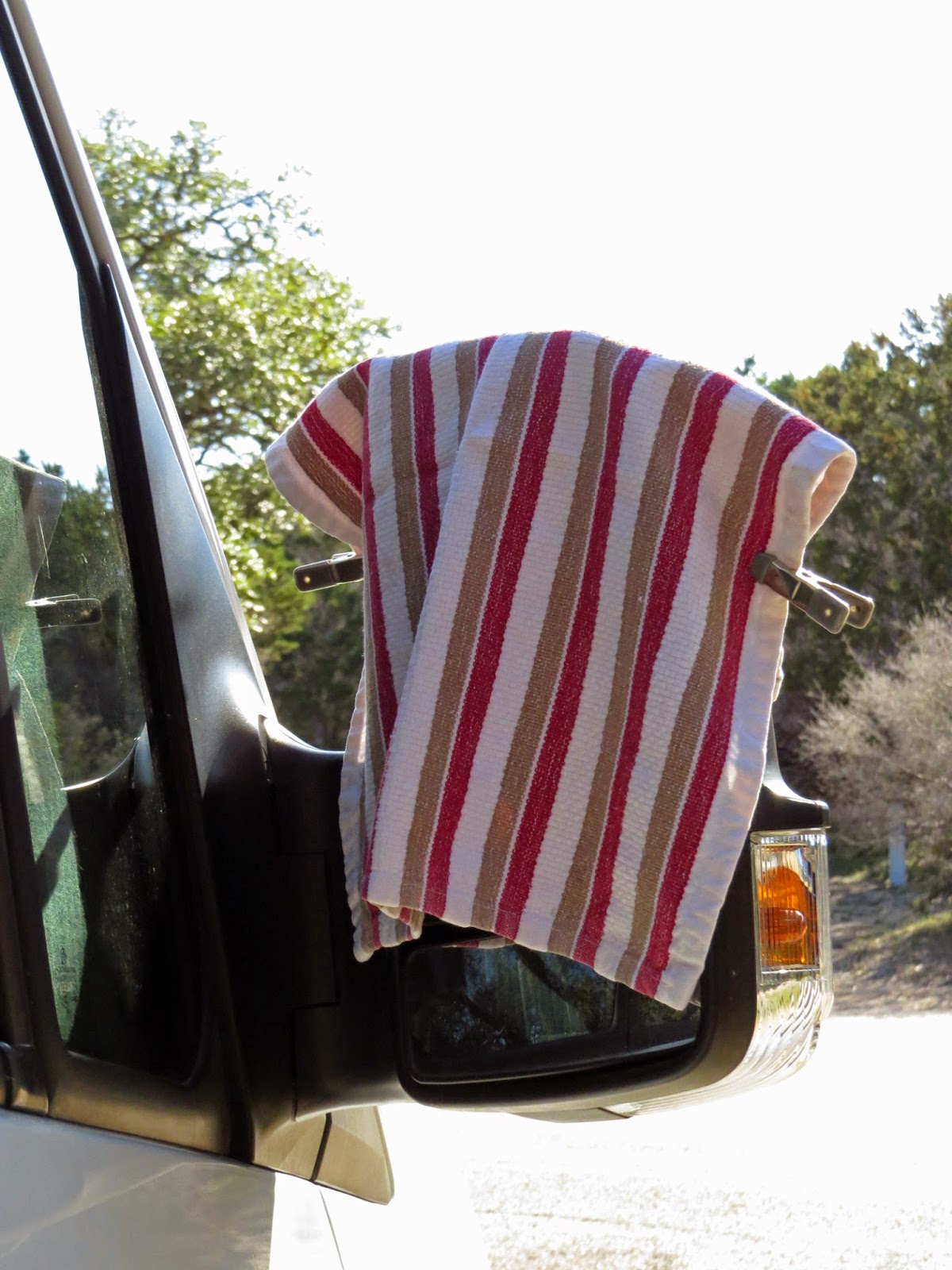 I tried clipping a couple spare dish towels over the mirrors but he just switched to fighting the reflection in the window instead! 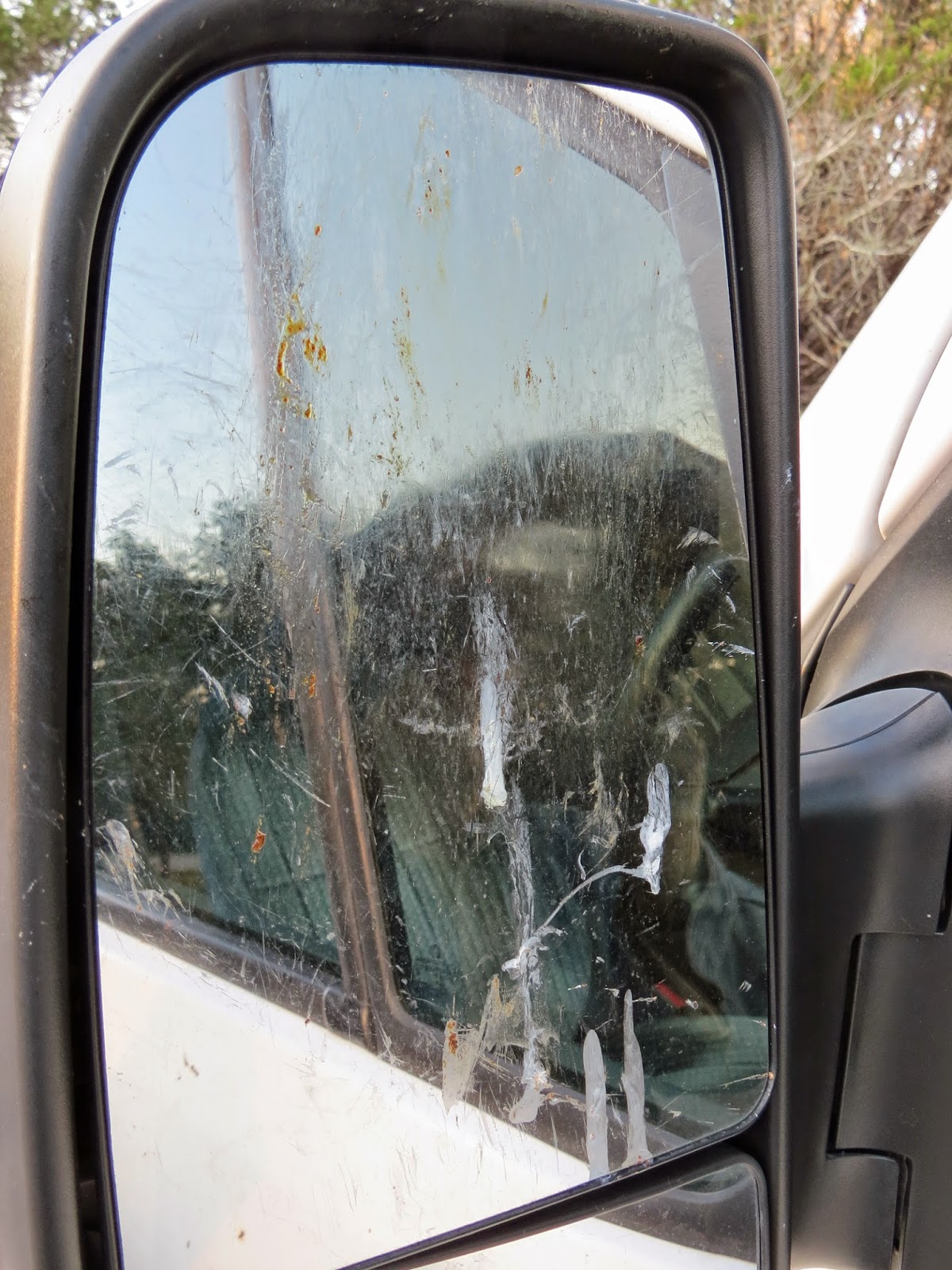 This guy was persistent if nothing else. By the end of my stay the mirror was covered in Cardinal snot and I can imagine the poor, deluded warrior coming home every night exhausted from his battles but proudly proclaiming his victory and showing off the fresh chip in his beak to all the ladies.

OK, so I got a little side-tracked there, but my original point is that I ‘got here’, but now I have to get here. I have to shake off the frenzied pace of the ‘civilized’ world, I have to let go of the need to be constantly doing, to be 'active and productive', to be checking things off my list. I have to switch all that off and just kick back. I have to transition from ‘what am I going to do with the rest of the afternoon?, to ‘isn’t this nice, sitting here in the dappled shade with a good book and no immediate demands’.

So excuse me while I set aside this bit of technology, along with a few other accoutrements of modern living, and try to reboot myself to a quieter, more natural place.