If you hang around Texas long enough you will hear more than your fair share about Blanco TX. There always seems to be something going on in Blanco, (For example the Wild Women Weekend.) and when there's not a specific event going on to create a filler piece for the weekend news there's the obligatory summertime stories about beating the heat by floating the Blanco River in Blanco Texas.

I say Blanco gets more than its fair share of attention because in reality this is a little town of around 2000, located mostly on the north side of the river with a little spillover on the south side. (Including a gas station and the town's grocery store.)

Blanco State Park is a long skinny park along the banks of the river right there in Blanco. On one side of the narrow day-use parking lots is a strip of green and the river, on the other is a fence with a lane just on the other side. Across the lane are driveways, front yards and patios. 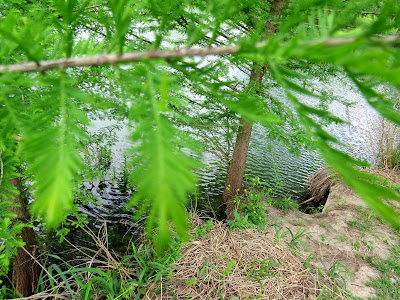 But even though the park is on the smallish side, I still managed to do about three miles while strolling both sides of the river as well as making a loop through the campground, and there was still plenty of river bank I didn't cover. (It was a hot, and sometimes sunny day, more conducive to kicking back and relaxing than hardcore hiking.) 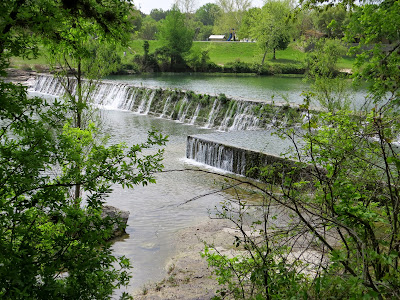 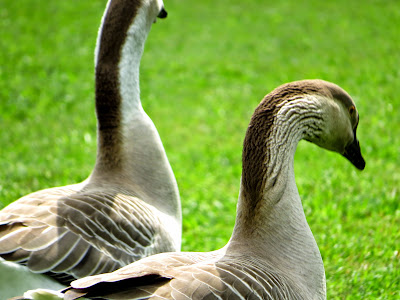 The campground, and about half of the available strolling, including the official nature trail, is across the river and accessed via a low-water crossing, which, given the drought of the past decade, hasn't presented an access problem for quite some time now.
(Edit May 25, 2015 I spoke too soon. A couple days ago 10 to 12 inches of rain fell right on top of Blanco and as of today the park is closed due to flooding. But most of the flood damage was further down river in Wimberly so I expect the park will recover quickly. Busting a drought is always a welcome thing, but it can also be a bitch!) 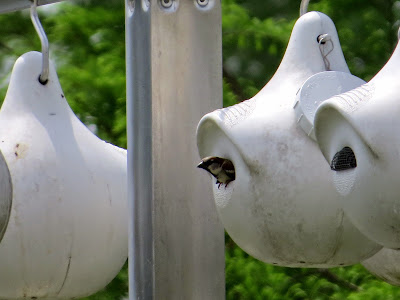 The campground, though it's right there in town, is actually kind of pleasant and has some pretty good sites, especially those at the back. As is my habit, as I strolled the campground I had my notebook out and was taking notes of which sites are first choice, which are OK, which are last choice and which are just plain unworkable, so I'm not flying blind the next time I come back. I'm sure people wonder just what the heck I'm doing as I stop in front of their camps and jot in my notebook, but so far no one has ever asked. In this case seven of the 31 sites made the first choice list and none were relegated to the unworkable column. 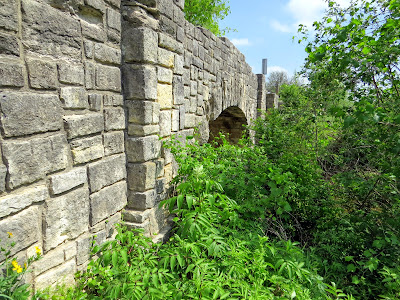 As are so many of our parks, this one was a CCC project and there are a few leftovers from those days. This little stone bridge being one of them.

When I'm standing next to one of these structures I can feel the labor of the men, the near-boys; I can hear their banter and bitching; I can imagine them washing up as best they can in a communal wash area at the end of the day and gathering in the mess hall with tin plates before finishing up the evening with songs and stories and letter writing, probably a few illicit games and maybe some quiet contemplation in the dark, before retiring to the barracks, or maybe simple tents, for the night. Only to start all over again the next day, and the next, with the majority of their wages sent directly home without them ever seeing them.

I often wonder just how many of those boys went directly from the camps to the military as the world started blowing up in the late 30's, early 40's, and if anybody remembers how many of them never made it back home at all. 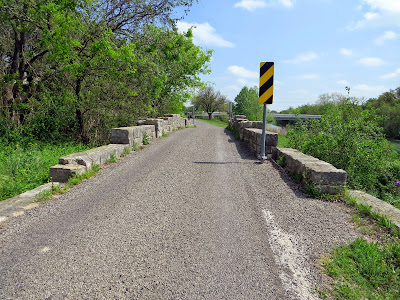 It won't be all that long before that hand built bridge will be 100 years old and it's still in use today. Even when it was built it was just barely one lane wide and today is a driveway to a maintenance area, but it doesn't take much to imagine the parade of vehicles that once took turns using it back when it was part of the main road into the park. 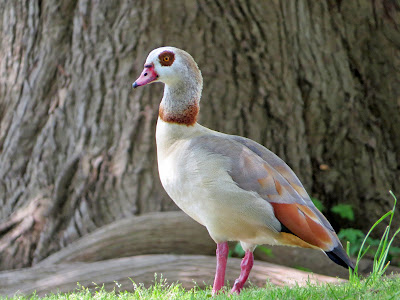 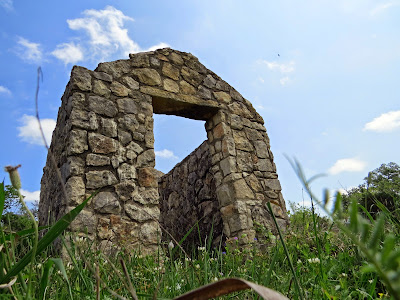 I'm pretty sure this little stone shed was built around the same time as the bridge, 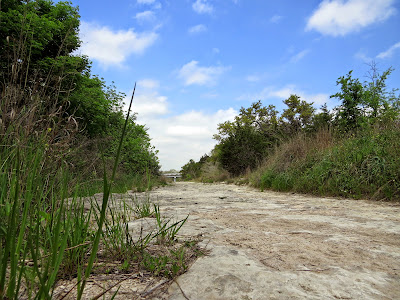 and this looks like the remains of a cobble road or path built down close to the river back in the days when hand-labor and craftsmanship were affordable. 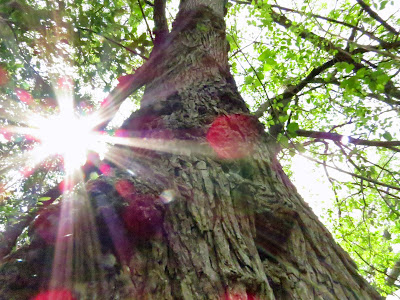 All in all, though it's small, and I expect it can get pretty crowded at peak times, Blanco State Park isn't a bad little stop along the way. 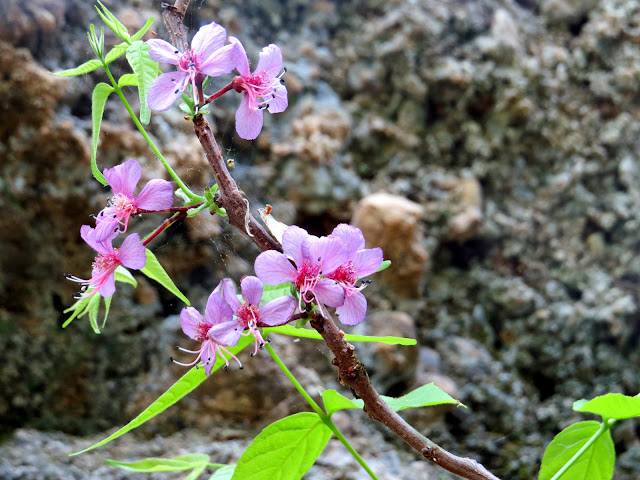