There's no city water where we live, not even rural water (Small county owned or licensed water districts that supply piped water to a surprisingly large number of rural areas around here.) so we have a well.

The path from the main barn down to the tractor barn, mowed once a month whether it needs it or not in order to exercise the riding mower we used to use on our in-town one acre property, passes by the back of the well-house and is a trip I take several times a week.


On this trip I was temporarily held up because the path was occupied by a Texas Rat Snake. Full grown these guys are 5 to 6 feet in length, and this one was full grown.

Though not poisonous the TRS is a grumpy snake and they can be a bit aggressive at times. (They like to get their tails into some dried grass or dead leaves and shake it which, believe me, will make you take notice if you're lolly-gagging along without paying attention!) But, as in the vast, and I can't reiterate enough how vast, majority of human - snake encounters, this guy just wanted to get out of my way. In fact he was so flustered it took him several tries to find the hole between the block foundation and the siding that would let him slip safely into the well-house.


I grabbed my camera and peeked into the well-house but the TRS was out of sight. They are very good climbers so he might have been hugging the top of the bump-out, or maybe he was curled up under the pressure tank.

No worries either way, he's welcome to stay. It cuts down on rodent-chewed wires and shredded insulation. 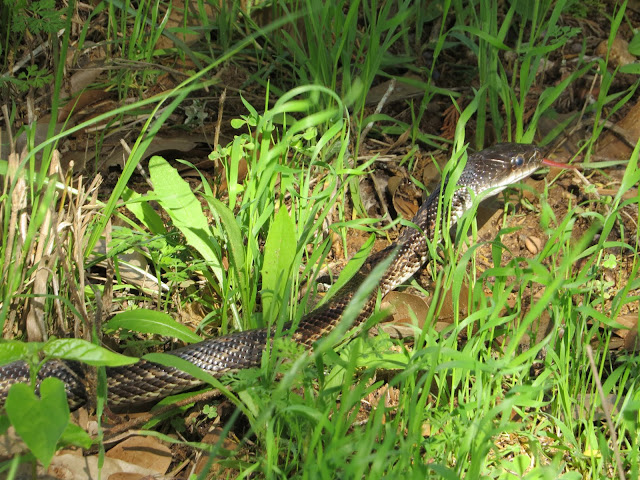 A few days later we encountered each other again. This time I was able to run back and get my camera before he disappeared on me. 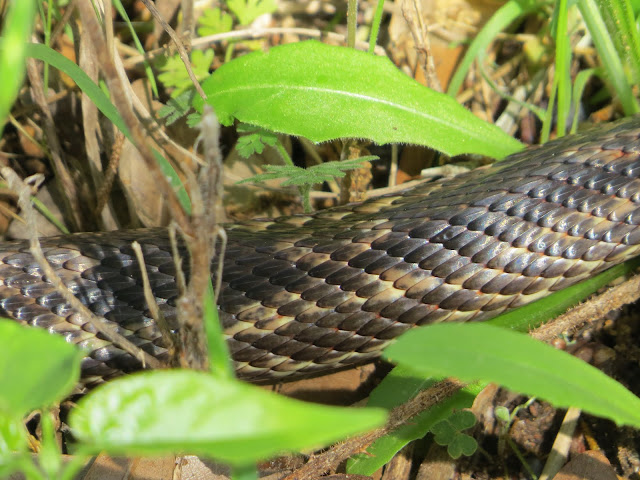 The belly is pale and unmarked but you'll have to take my word on that since this guy is apparently very modest and just ignored my 'roll over and show me request', even though I asked very nicely. 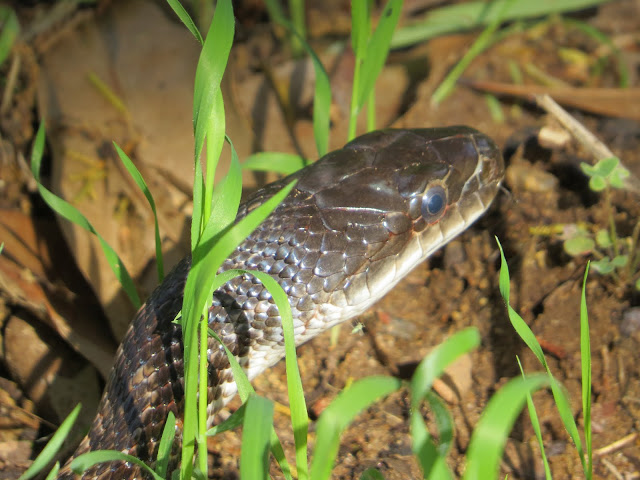 It was clear from his milky looking eye that this guy was about ready to shed his skin, 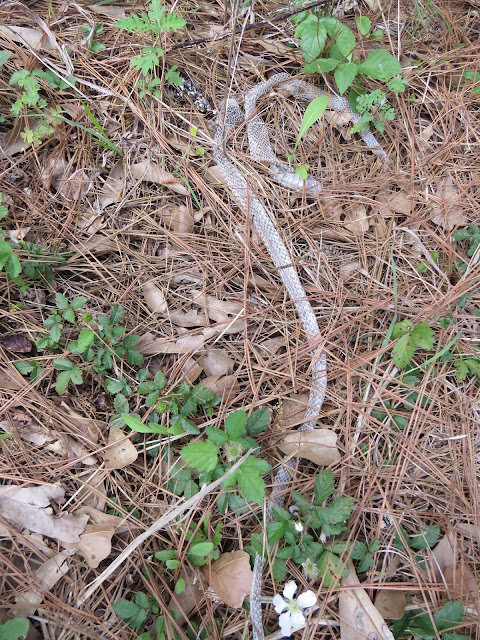 and sure enough, today I spotted the old skin. (Wouldn't it be cool if we could rub our nose on something hard, like maybe the bathroom door-jam, to get it started, then wiggle right out of our old skin as we walk into the bedroom with a fresh, young look? Oh wait! I think we call that a chemical peel and I'll bet it costs a whole lot of money. . .) 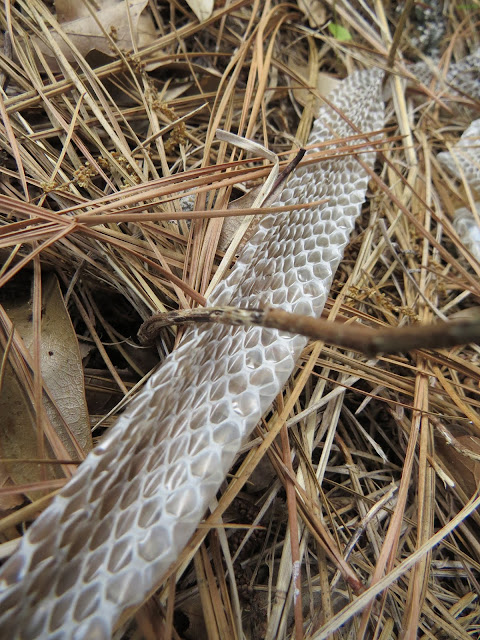 What he left behind, however temporary since shed skins usually don't stay intact very long, is a complete record of what he used to be, (Used to be because he's just a little bigger now.) from the numerous diamond-shaped scales on his back that let him flex without cracking, 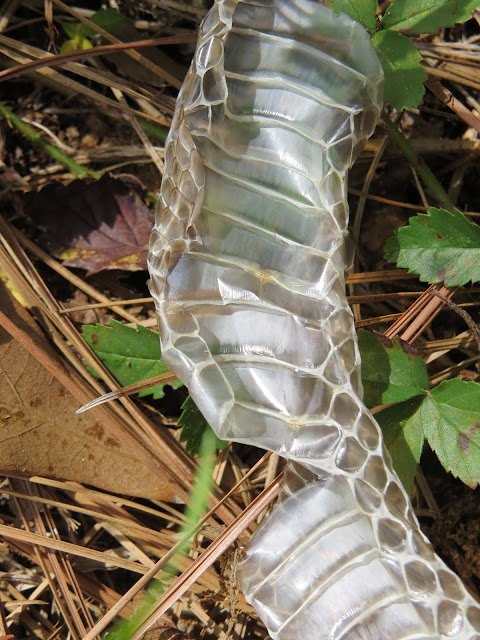 to the big belly scales that protect his underside from the ravages of - well - slithering, 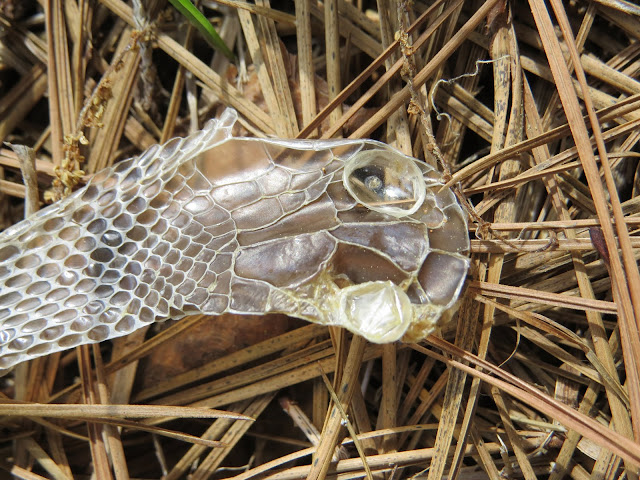 And in this case, even the head scales and eye coverings survived the shedding process, which doesn't happen all the time since the head is where the shedding begins and it can be a tough process to get started.

At any-rate, this guy is all fresh, clear-eyed and good to go for three to six more months before he does it all over again.