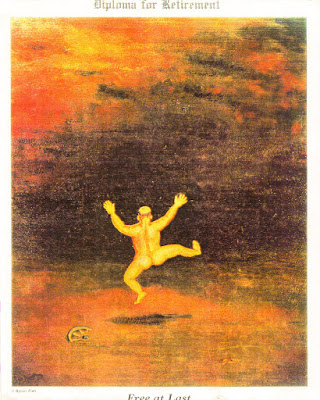 On April 5th 2012, at around 1500 (3PM), I handed my laptop in to IT, turned my company cell-phone off for the first time ever other than when flying, walked out the door, and made the two hour drive home from work for the last time.

It was a Thursday and I had just retired.


Funny though - I can't remember what day or date I started my working career. I suppose, since I had no idea what was truly in store for me back then, (Oh what a naive fool! wanting so badly to be a grownup.) I didn't realize how momentous a day it actually was. 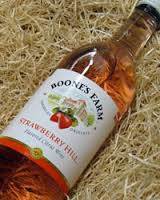 I'm not even sure anymore if my first paying job, other than assigned household chores which had to be completed before I got my allowance, was the one where I was a live-in maintenance go-fer at a Jewish summer camp, (Yep, even though technically classified as a Goy, which meant I could do things Orthodox Jews, the primary inhabitants of the camp, could not on certain days, I still had to eat kosher. But living in a dorm with - well - a bunch of other damn fool kids masquerading as camp workers, also gave me my first opportunity to get stinking drunk! - - Never drank Boones Farm Strawberry Hill again!!)


or if my first job was the one where I was a 'counselor' at a summer day camp where one of my duties was handling the ragtag, and sometimes downright scary, assortment of horses loaned to the camp for the summer. Handling which included riding them bareback from the old broken-down bus where the tack was stored up by the main building back down to the corral at the bottom of the property. (Some of those horses had no business being around people let alone kids! I got thrown a few times and rode a horse right down to the ground once when he got the bit in his teeth then tried to make a right-angle turn at speed with me stuck to his back like a tick!)

Anyway, regardless of what day it was, I started working in the late 60's and it wasn't long before mandates, objectives and staying relevant were a constant part of my life.

Where my mandates, essentially a detailed job description, used to be anywhere from 6 to a dozen paragraph long bullet points, my new mandate is much simpler: 1) Pay the bills 2) Maintain the property 3) Be retired.

I used to sit down every 6 to 12 months with my boss(es) and plot out my objectives, specific actions and goals designed to meet my mandate. Now I guess if I had to create a list of objectives (Which I don't because I don't have a boss anymore! OK, who's laughing? Is that my bos - I mean my wi - -, Oh hell you don't have to laugh so hard about it!) it would read something like; 1) Finish up all those little projects around the property (Damn! I think I'd have to fail myself on that one.) 2) Enjoy retirement (Maybe too much of #2 is why I'm failing #1. . .)

The staying relevant part hasn't been so clear. In the world of high tech where the 'cutting edge' lifespan of a new technology or innovation is measured in months rather than years, staying relevant was hard work! I figure during the last 20 years of my career I spent a good 60% of my time doing research and attending industry conferences. (Do you know that there are over a hundred technical news outlets on the web, and not all of them in English? And don't get me started on the number of papers churned out each year by research labs and universities!)

If I were to think about it, which I haven't been but I am now, how to stay relevant in retirement is a bit of a puzzle.

I mean I could keep up with the latest in the tech world like I used to, but I don't want to; you know, been there, done that and all that crap.

The closest thing I have to a grandkid is my daughter's Wiemaraner, and she lives in Japan, so instead of having to keep up with all the new kid-craze electronics and whatever kind of math they've decided to teach this decade in the ongoing effort to make Grandparents feel stupid, all I have to worry about is the latest ball tossing technique, you know, just in case I get a visit. (I've seen those ball-on-a-stick things where you don't actually have to touch a slobbery ball to toss it, but I think I might be a bit old school; you know, low tech, because grandparents don't mind granddog's spit.)

I suppose I could count moving from a flip to a smartphone several years ago as a staying-relevant achievement, but really, what's the big deal? It's not like I'm on social media and addicted to the thing. Truth is I switched so I could have access to the various cheap gas and free campsite apps and half the time I forget to turn the damn thing on, which, I suppose, is why a charge will last me so long. . .

Oh Oh, I know!!! Maybe I could count all the university lecture courses I've been listening to on CD while on the road towards staying relevant. After all, I know more today about Shakespeare, history, both modern and ancient, photography, classic literature, and geology than I ever did in school. But then again, I find learning things to be fun (Hey, I've never claimed to be normal!!) so maybe that shouldn't count.

Truth is, I hadn't thought at all about mandates, objectives and staying relevant for years, pretty much ever since I walked away with my last paycheck, but now, after pondering the relevance dilemma for several days I've come to the conclusion that in retirement my new staying relevant is to not stay relevant.

Which really boils down to a big load of nothing, so why have I chosen to blabber on about it now?? (Actually, more to the point, why are you still reading!!) Because a few days ago something reminded me about 'staying relevant'. I can't remember what it was now; but that's irrelevant. . .