At least it's a day of labor for some residents here in Central Texas.

Courtesy of the many Sky-is-Falling news services, some of you may have heard that we've been getting lot's of rain around here. (I know my Mom did because she called to see if we'd floated away.) Well that's true. In fact since the New Years festivities we have been 'blessed' with all but1of our 40.31 inches of annual average rainfall for 2016.

Not so good for some of us (The 19 inches that fell in April meant we detoured around several washed out roads and bridges for most of May.) but for others it works out pretty well.

For us American humans Memorial Day might be an official holiday, but for the oh so imaginatively named Black and Yellow Mud Dauber, the combination of saturating rains and red clay is a bonanza that can't be ignored and their work goes on. 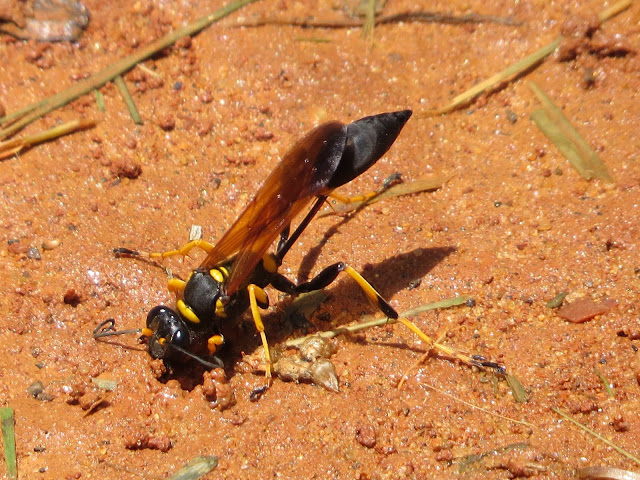 No, she hasn't been called to prayers, besides Mecca is in the other direction. No, she's checking out the consistency of the clay just outside the barn door here. 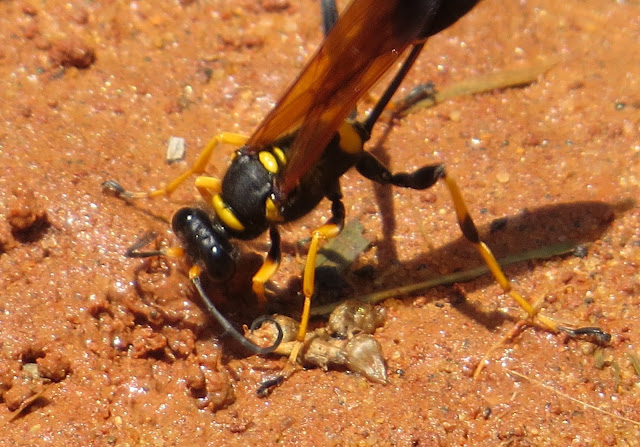 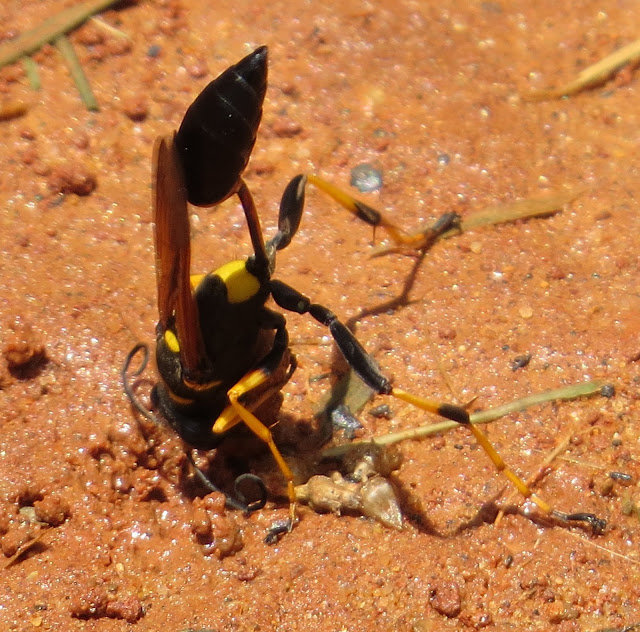 Then dives head-first into the deliciously gooey mass,shoveling up a ball of it.  This step only takes a moment before she pops back up and, using her front set of legs, folded tightly to her body here in the photo above, clutches a ball of mud about 4 times the size of her head close up under her chin while flying off to the building site.

This whole process, especially the final step between head-dive and fly away, happens pretty fast and after much patience - well, as much as I had today - and a whole lot of wasted shots, I never was able to capture the laden flight - but that would have been really cool. . . 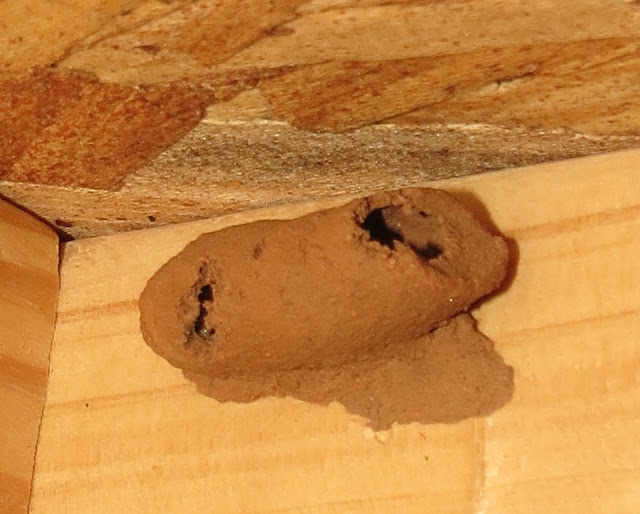 This is her destination, up under a shelf only about 10 feet from where she's excavated her building material.

At this stage the delicate little tube she's building has the consistency of fresh clay because - well - it's fresh clay. But one more trip to seal up that crack to the left, then a little time to dry and firm up while she's off hunting, and she'll be ready to stuff as many as a dozen tiny spiders way down into the bottom, turn around and back into the tube, deposit an egg, then seal up the opening.

If she likes this location she'll then build another tube on top of this one, then one on top of that one, and so on; because for her this is not a holiday, this is real life! 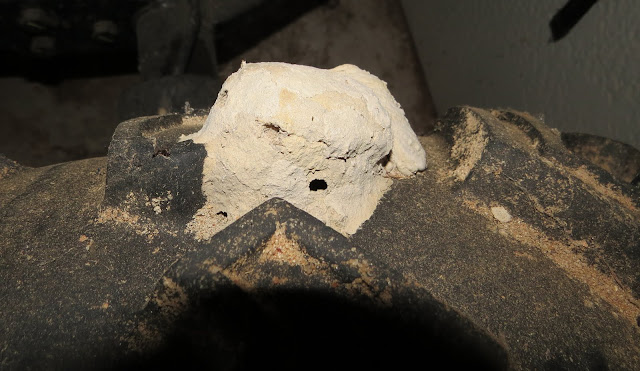 Sometimes you have to wonder though. This photo shows a fist sized condominium and for some reason the engineer thought the tread of a tractor tire made for a perfect location. . . Talk about an impending un-natural disaster!!