Fall Ritual on the Property


Mother nature constantly strives to maintain a balance. That balance shifts and changes as things evolve along her natural pathways, but it is a balance.

And then we came along; man; homo sapiens; and we are doing our damnedest to screw everything up. Paradoxically, sapien translates as wise, sensible, and/or judicious; something I'm not sure we as a species have lived up to, at least not yet. (In the immortal words of Ricky Ricardo: 'Lucy! You got some splainin to do!!')

It wasn't so bad when our ancestors were middle homo, (homo erectus) or even early late homo when we were morphing into sapien but still existed as scattered hunter-gatherer groups where there weren't enough of us around to have a debilitating impact on the natural order of things.

But that was then and this is now.

And I'm certainly not blameless. One glaring example of my meddling interference is carving a home out of the Central Texas Oak Savanna, which includes clearing a bit of space around that home.

Now Mother Nature doesn't like that, doesn't like that at all, but in the process of trying to fill that space back in, instead of jumping right back to the oaks and other hardwoods that would eventually grow back if she was left alone for five or six hundred years, there's a few other steps along the way. And she starts the process with water-sucking Cedar

and the dreaded, impenetrable tangles of Youpon Holly.

Why, with small, rounded margins instead of the true holly's spiny pointed leaves, it's call Holly I don't know, but the scientific name, Ilex Vomitoria,  fits it very well.  Not only because trying to clear the dense thickets of surprisingly stiff branches in the heat of a Texas summer will lay you out with a spewing case of heat exhaustion, but also because the berries are actually poisonous and will make you so sick you can only wish you were dead!  Although birds seem to be immune to this and snack on the tempting little suckers all winter. 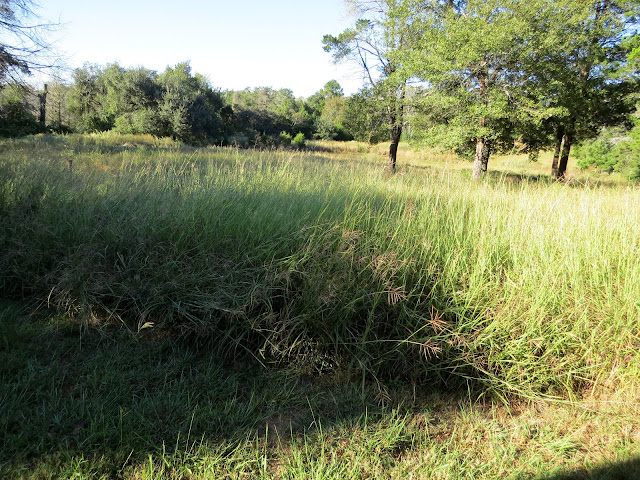 But, since I'm the one that screwed things up, it falls to me to at least keep the status quo.

Which is why, every fall after the seed-heads have matured, I drag the brush-hog out of the weeds, (Which is another term for a lush, rich and diverse habitat) hang it on the back of the tractor, 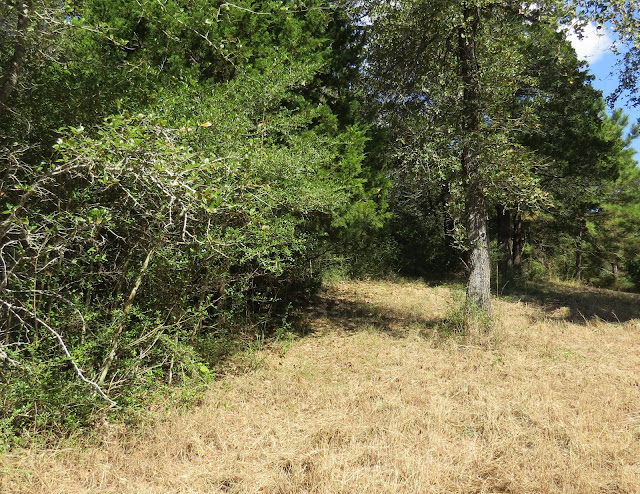 and spend the next 4 hours pushing the cedar and youpon back into the margins of the space I've claimed. 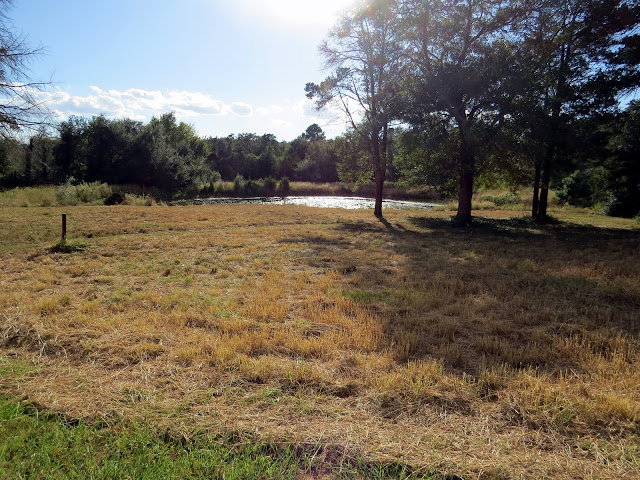 In addition to reestablishing my arbitrary boundaries, this opens up forgotten views, but frankly, for the next couple weeks it looks like crap!

But not to worry. Once the straw has a chance to dry out and drop earthward to nourish the next season's growth, once the traumatized grasses and forage heal and have been jolted awake by the sudden abundance of sunlight

the clearing will look healthy and happy again, helped along greatly by the millions and millions of seeds 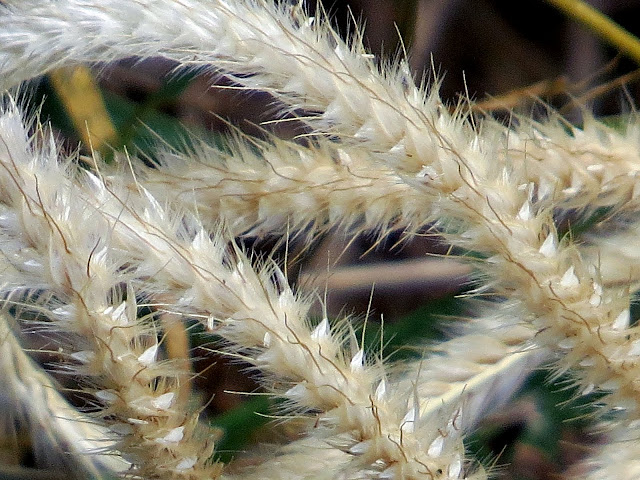 left behind to do exactly what billions of years of cumulative evolution has shaped them to do.