Water Where It Doesn't Belong, Never A Good Thing! 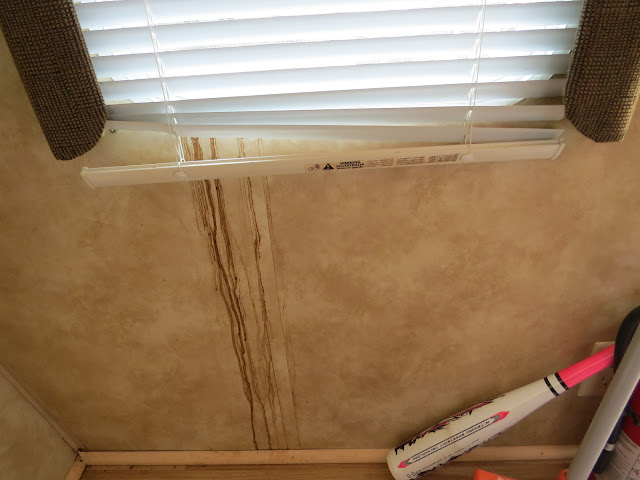 but finding water-tracks down the wall under one of the travel trailer's windows was not what I'd classify as good news! 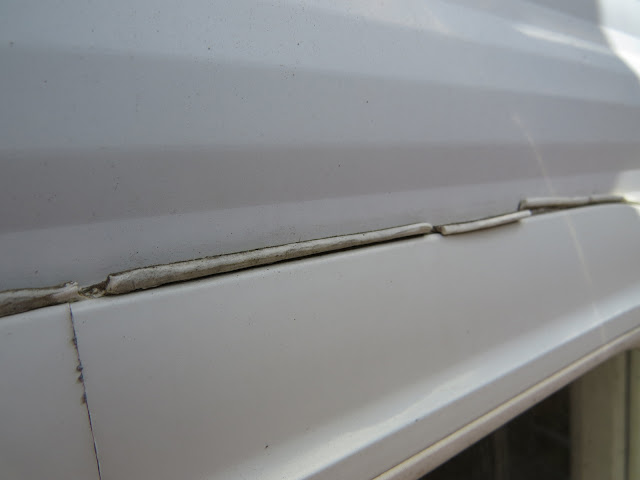 Then again, the trailer is coming up on 15 years old now, 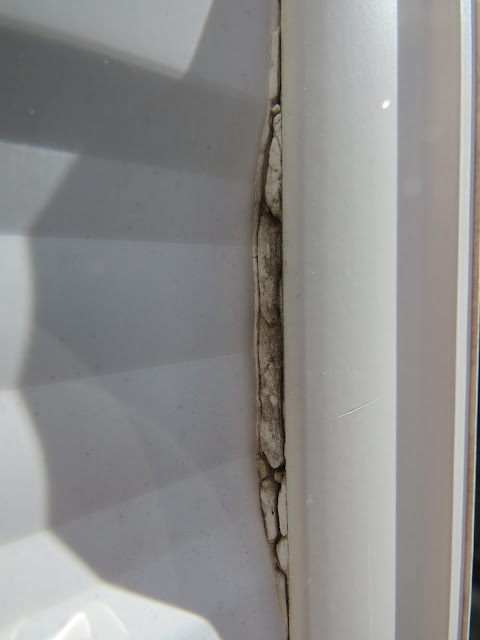 so a little dried out putty shouldn't be a surprise. Actually, the surprise is that all the windows aren't leaking. (Of the 9 windows this is the third one needing attention, all spaced out over 6 or so years.) 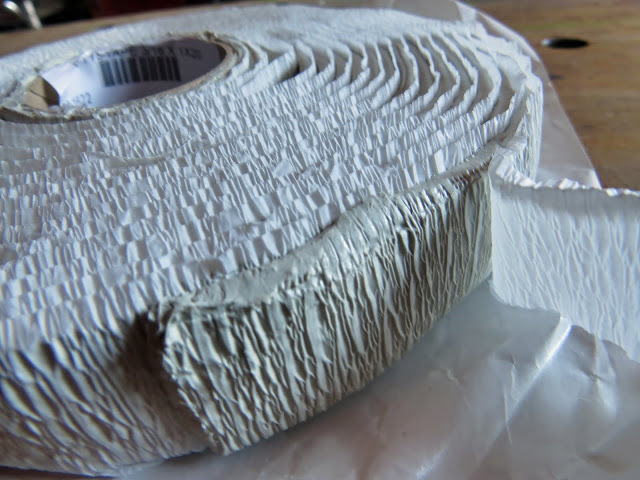 So next chance I got I picked up about 40' of putty-tape. Definitely more than I need for this window, but I figure I've still got six more to go. 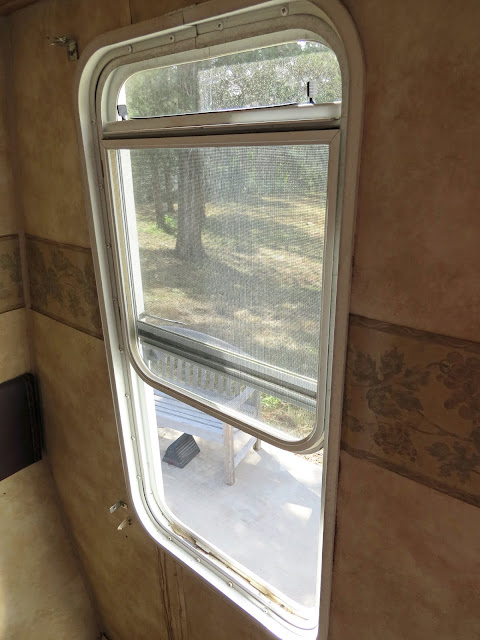 After removing those miserable blinds and that horrid valence 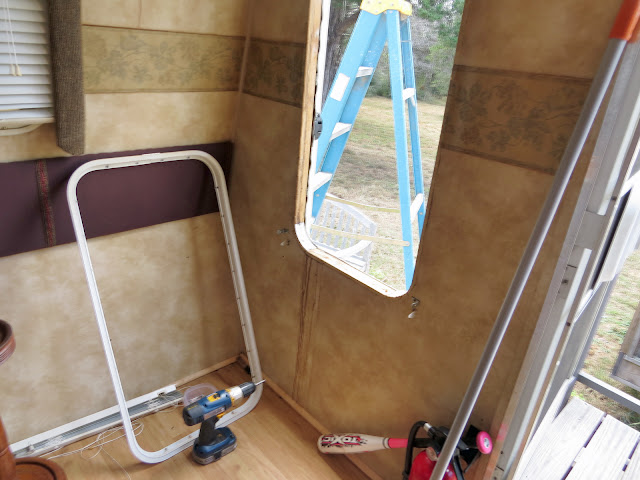 popping off the inner retaining ring only took a couple minutes thanks to electric power. 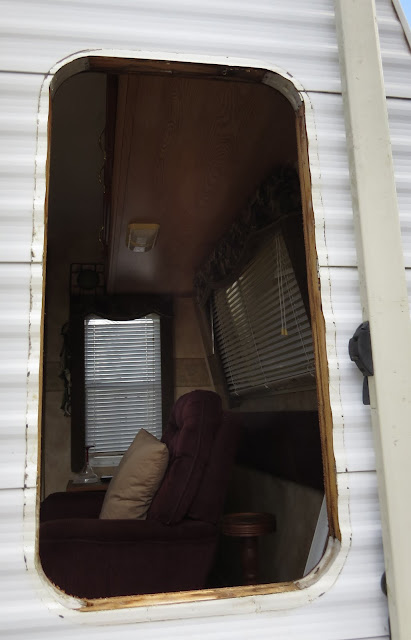 Despite the putty being old and dried up it took longer to gently pry the window away from the frame than I expected. I could have done it faster but for some reason I thought it important not to scratch the hell out of the siding in the process. 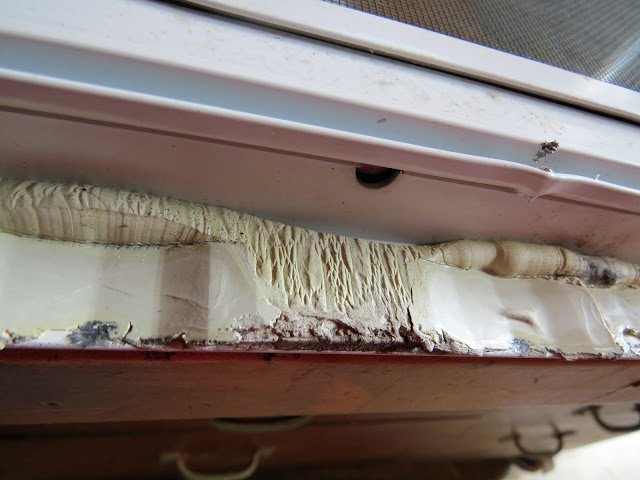 After seeing this I was surprised the window wasn't leaking from day one!  Clearly some of the putty never got compressed during the original install and was still showing the wrinkled-paper marks from the packaging. 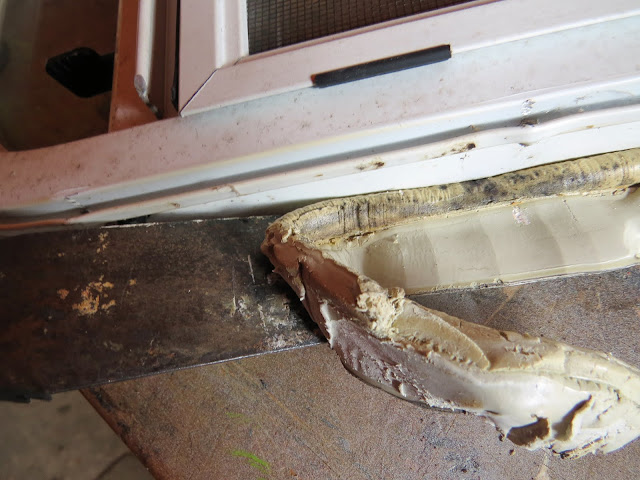 But that didn't make the next step, peeling all the old putty off the window, any easier. In fact this was the most time consuming part of the job. 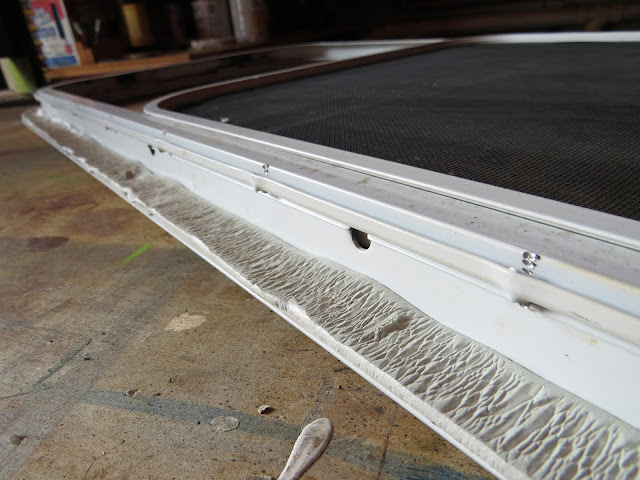 But eventually I got all the old crap off and the frame polished up with some mineral spirits before laying in the new putty. 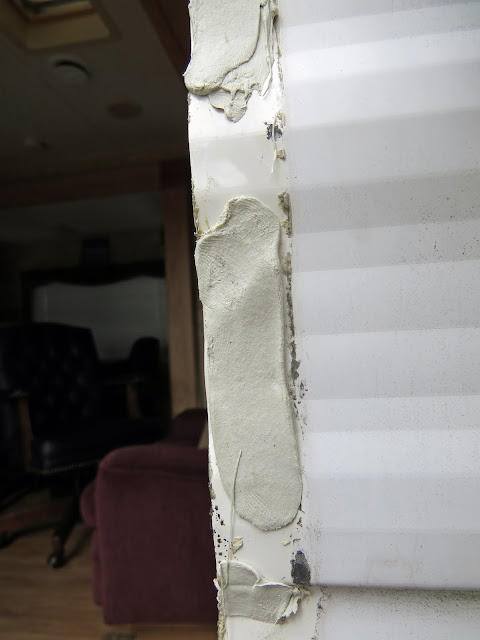 It's a messy job that's hard on the fingertips, but I also pressed a little extra putty into each of the divots in the trailer's siding to ensure I wouldn't have to redo this window anytime soon. 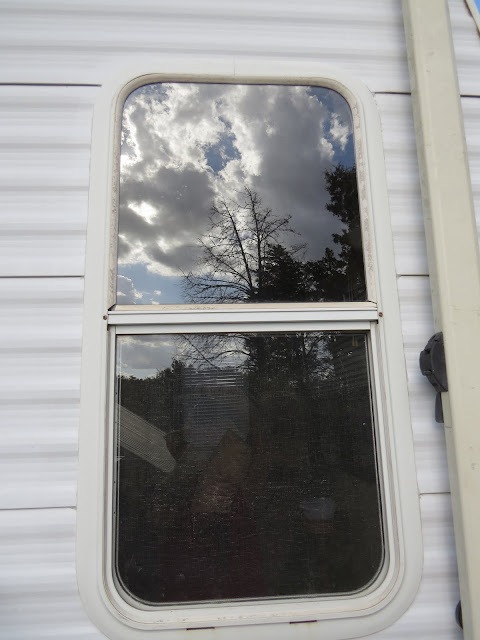 Then it was a matter of a few minutes to set the re-puttied window in place, (Right side up if you please!!) gradually screw down the inner ring, moving around and around, turning each screw just a little each time, to seat things evenly and thoroughly in the new putty and re-install those miserable blinds and that crappy valence. (I suppose I could have warmed up some of the tools in the shops and made something a little less difficult on the eyes to go back in there, but if I did that I'd have to do all the window valences, and that just wasn't going to happen!) 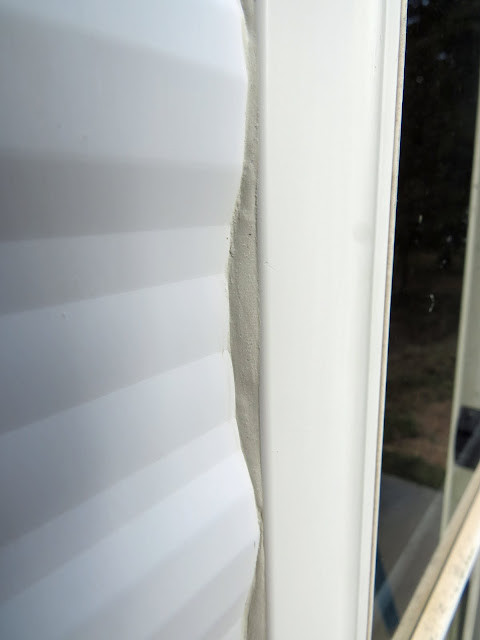 A little more mineral spirits to clean up the squeeze-out around the window-frame and I was putting my tools away. Though I have to admit, someone still needs to get in there and clean the stains off the wall. . .

Of course any sense of satisfaction is tempered by the state of the roof. . . If I don't get up there and re-coat it soon a few leaking windows are going to be the least of my worries!!