Five years ago, when we were in the grip of a serious drought, our pond dried up enough that I could walk across it at the deepest point without even leaving footprints in the hardened mud. To help out the wildlife back then I half buried a handful plastic tubs around the property and kept them filled with the well and some buckets.

I never have gotten around to removing one of those tubs,


the one just outside our door near the bird feeders.

Five years of Texas sun has certainly done a number on it, 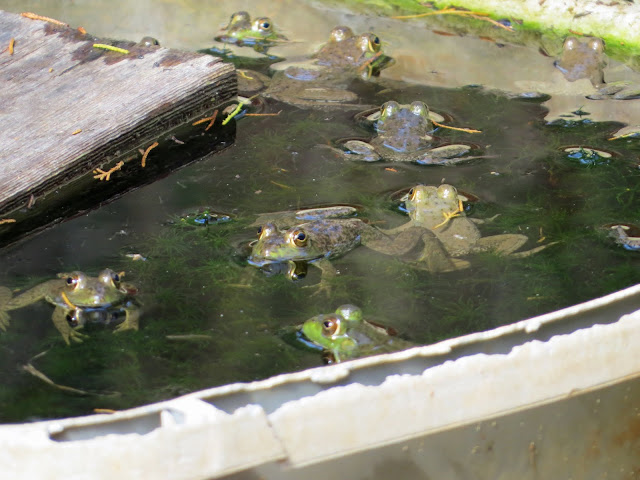 slowly eroding away the plastic, but that hasn't stopped an unauthorized amphibious urban renewal project!

At one point we had a single large (as in 5" which is about max for their size range.) resident Southern Leopard Frog living in there, but apparently the mighty has fallen and now I regularly count a dozen or more smaller versions just hanging out in the neighborhood, elbowing each other aside as they try to carve out a little space for themselves. If you look carefully (Two of them are pretty hard to see.) there's 10 of the gang there in the photo above. 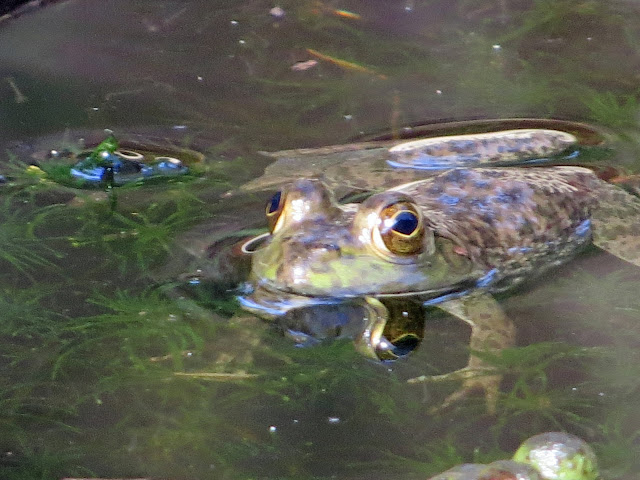 By late spring, assuming the tub survives, I suppose we'll be down to the single dominate female again, but in the mean-time we may have to install a traffic light!