I was sitting there, minding my own business, when I glanced out the door to discover that a flash mob had quietly slipped up behind me!

It had already been a busy day, what with last-year's fawn, now a little spike, dropping by twice, a fawn-less but still skittish doe, and the significantly less skittish doe with this year's fawn all stopping by, and now, this evening, six bucks have turned up outside the door 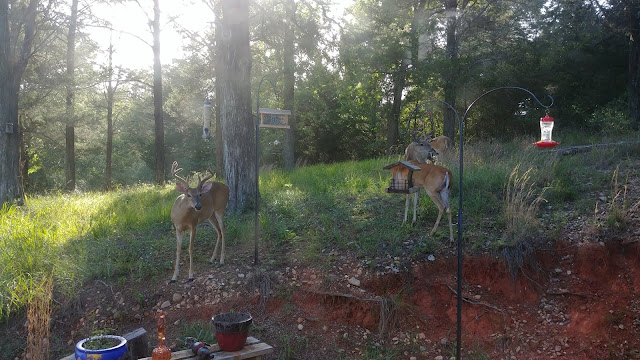 The bucks are really jittery and my camera was out on my computer desk right next to the open barn door which is in full view of the bucks, so I grabbed the phone from my pocket and got a handful of really crappy photos through the glass door. The really dirty glass door made even worse by the setting sun shining right into it. (I'm a morning person and in the morning, when I'm doing chores, the sun isn't shining in the door so I forget that it's so dirty, at least that's the excuse I'm using for the moment. . .) 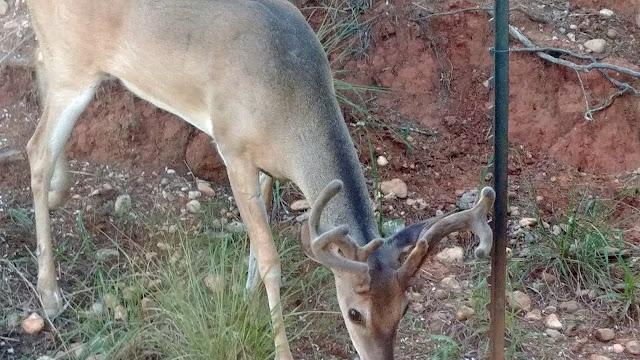 The group consists of one 10-pointer, two 8-pointers, two 6's and one with more of an elk-style rack (that I'm sure there is an official name for but I don't know it) with nubs that could be counted as another 6-pointer. Of course, given the time of year, all of them are still in velvet with the racks getting bigger every day. 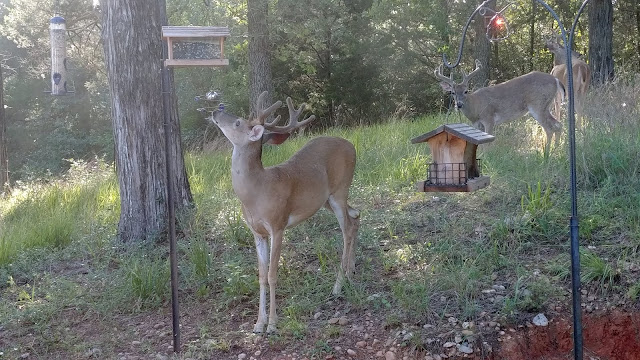 Some were having no part of getting this close, but the allure of seed in the feeders was too much for others to ignore. 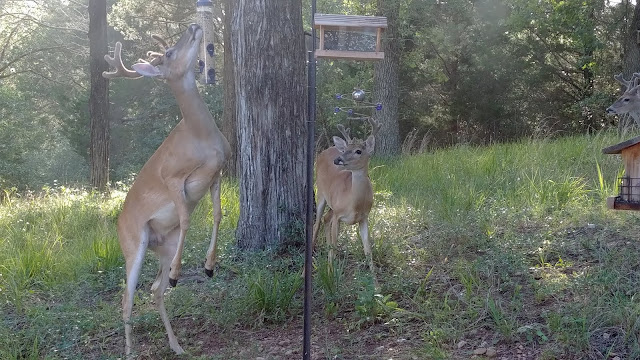 And one in particular was pretty insistent. 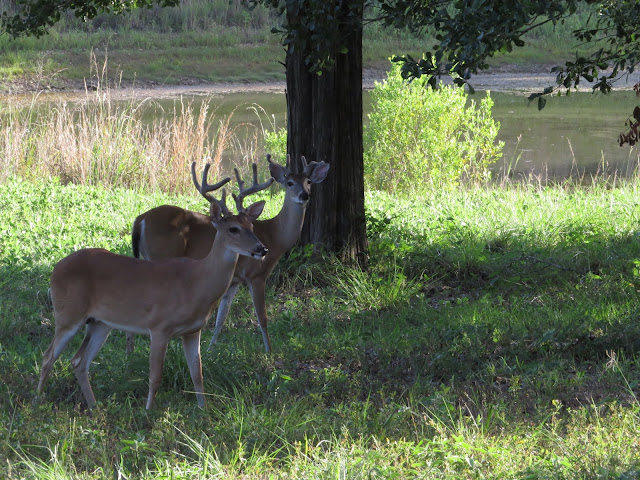 Eventually they moved off far enough that I was able to go out and grab my real camera, step into the open barn door, and get these clearer and more vivid parting shots. 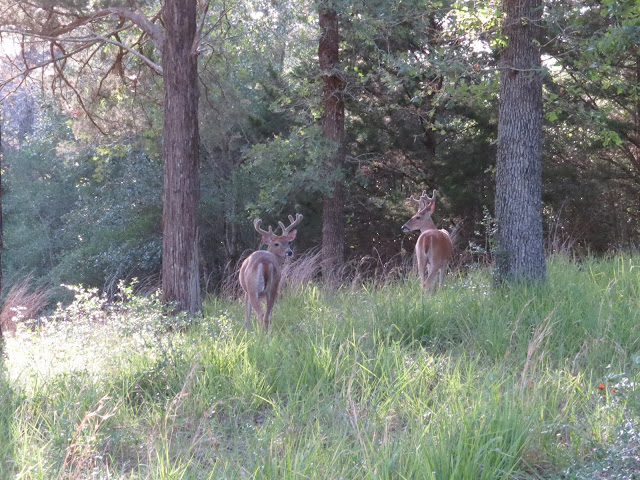 Clearly they knew I was standing there, but apparently I'm not all that scary - Story of my life. . . 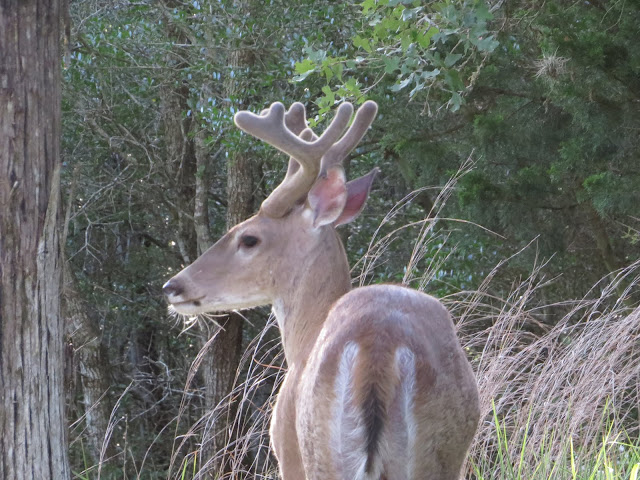 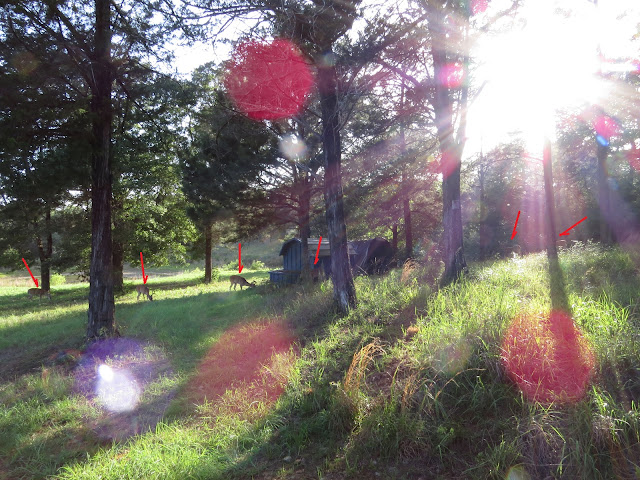 And this last shot, taken directly into the sun with my poor old battered camera that really could benefit from having the complicated lens taken apart and professionally cleaned, has all six of them, plus the well-house, in the frame.