On That Same Ol' Road Again!


If I'm on that familiar network of well-worn roads that make the long diagonal slash from Texas to Michigan it must be Family Reunion Time again. (In real time this was mid June.)

Since the backside of the reunion campout runs up against 4th-of-July week this year, I left Texas early so I could do my dawdling before the reunion then zip straight home afterwards and get off the road before the crazies get loose. Which is why, a day and a half after leaving the homestead, I pulled into the parking lot of the Shawnee National Forest headquarters in Vienna Illinois.

Being a weekday, and regular business hours, they were open. The guy filling in behind the counter was friendly and all, but not thrilled to be stuck there - you know, behind the counter - by a budget and bureaucracy that makes filling the counter-slot position slow and difficult.

He confirmed that those same budget constraints permanently closed the Buck Ridge campground up there on Lake of Egypt years ago, despite the fact that some of those popular campground apps, including a couple I use, still show it as being active. 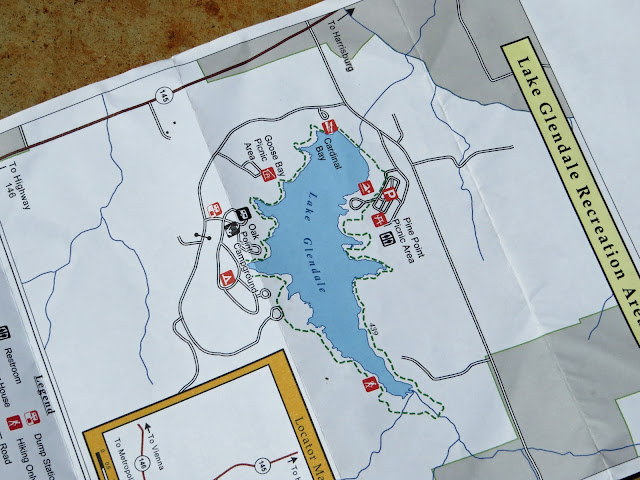 Since I'd already been-there-done-that at the Redbud Campground during last year's reunion trip I was asking about alternatives and though Buck Ridge turned out not one of those alternatives he did point me at the Lake Glendale Recreation Area east of town, 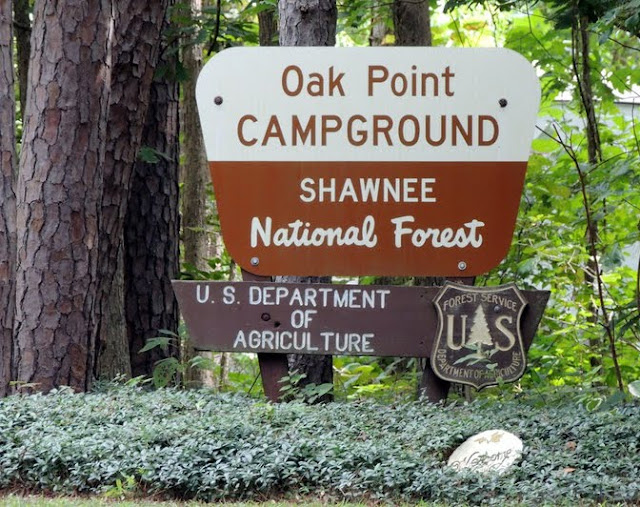 claiming that the Oak Point Campground there at the Recreation Area is the best in the unit. 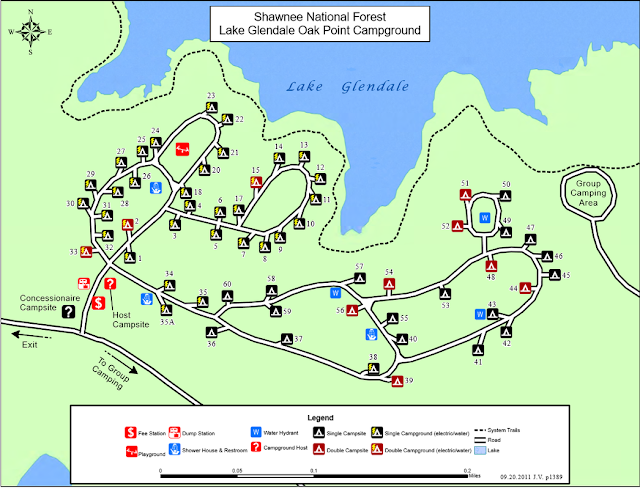 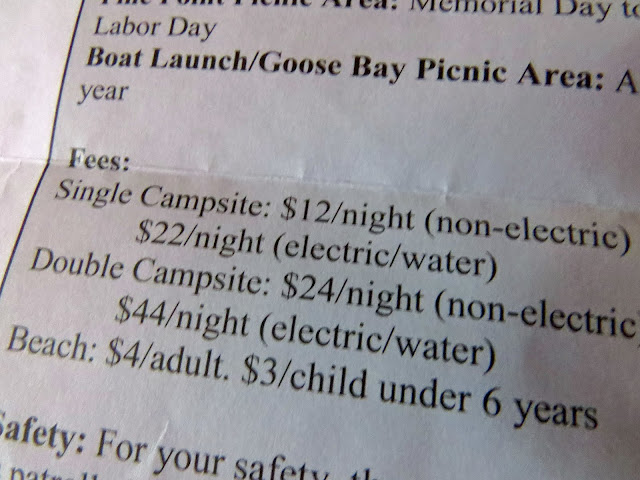 Like Redbud Campground, apparently the cost of these sites is not high enough to interest reserveamerica so all sites are available on a first-come basis. Important since, although I was ariving on a Wednesday, I planned on staying through Saturday night. (I needn't have worried since, for some reason, the non-electric loop was less utilized during the weekend than it was during the week and I had my little 4-campsite mini-loop all to myself Friday and Saturday. Although the fact that it was hotter'n hell might have had something to do with that. . .) 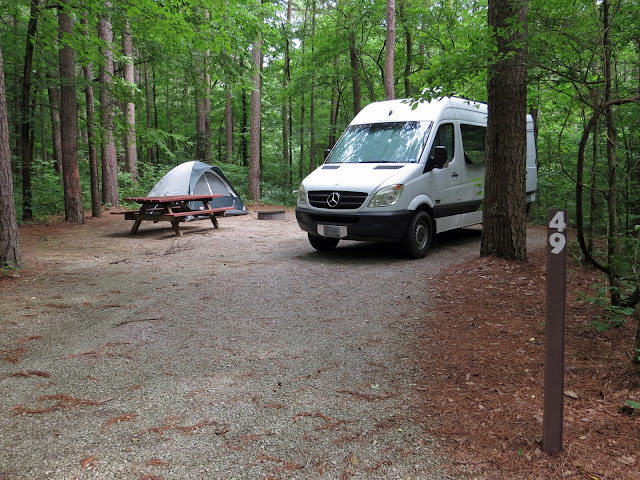 With my Geezer Pass, site 49, a single non-electric site, cost me $6 a night which includes hot shower, flush toilets and pressurized water spigots scattered about. (With discount Redbud cost me $5 with pit toilet, no showers, cold or hot, and a single hand-pumped well.)

There is a host onsite but the process is to go find an empty site to your liking then fill out the paperwork and pay the iron ranger. Since I planned to use this as a base-camp, to avoid confusion I set up my tent as a place-holder for when I was away with The Van. 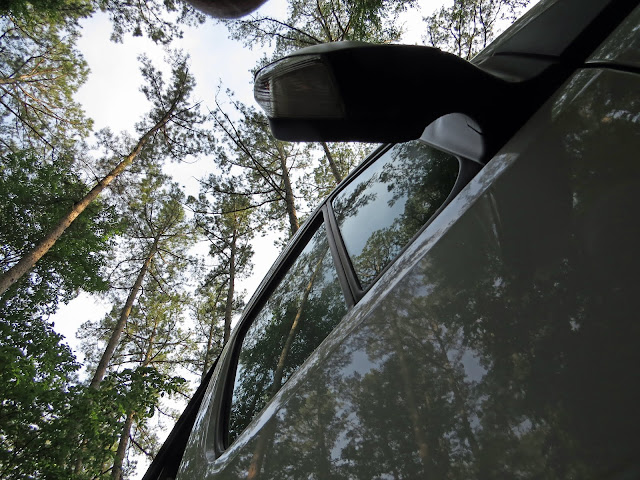 Like most National Forest Campsites east of the Mississippi, and many west of the river too, this was not a very solar-friendly place to stay, but experience shows even in this kind of shade the 180 watt panel on the roof can pretty much keep up with demand. It just takes all day to get there rather than just a few hours.