The Climate Roller-Coaster: Up Close and Personal


First off, I should warn you that I'm pretty much over it, so my mood is a touch on the dark side right now.

Which is fitting because since November we here in Central Texas have been subjected to more grey days than sunny, which is in stark contrast to what the Chamber of Commerce advertises.

We've been having to turn the lights on during the day for crying out loud!

This is not normal and frankly if I wanted to live like this, more like a mushroom than a blooming Barrel Cactus, (In my head I'm more like an Ocotillo branch but, well, frankly, though they are both prickly yet redeemed somewhat by colorful blooms, shape-wise the Barrel Cactus is the more honest symbolism.)  I could have stayed in Michigan.

Climate change is a given, after all, these cyclical changes have been going on for billions of years, ever since there has been a thin wisp of atmosphere clinging desperately to our planet, and will continue for a few billion more, with or without human interference. (Though without would be nice!) but that doesn't mean I have to like what it does to my particular patch of this planet! 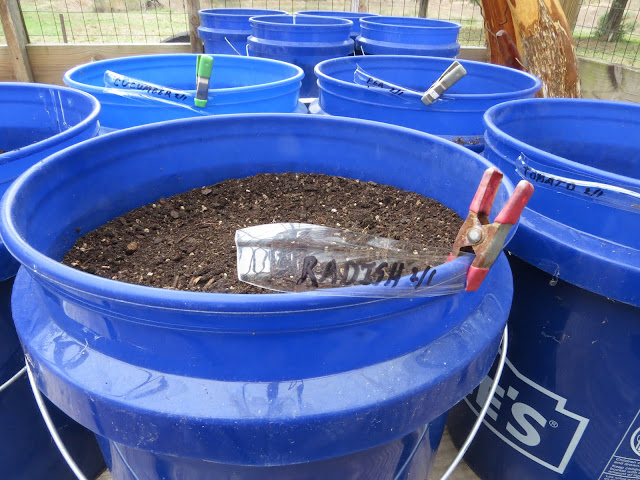 I don't really mind the cold that has settled on us, at least not too much, but the plants we seeded 8 days ago do.


Despite the fact that we call it a greenhouse it really isn't. Its more of shelter to keep animals, of which we have our share, out of the plants. (I disturbed two sows, a boar, and about 10 Collie sized little ones luxuriating in a wallow, as feral hogs are wont to do, when doing my laps the other day) 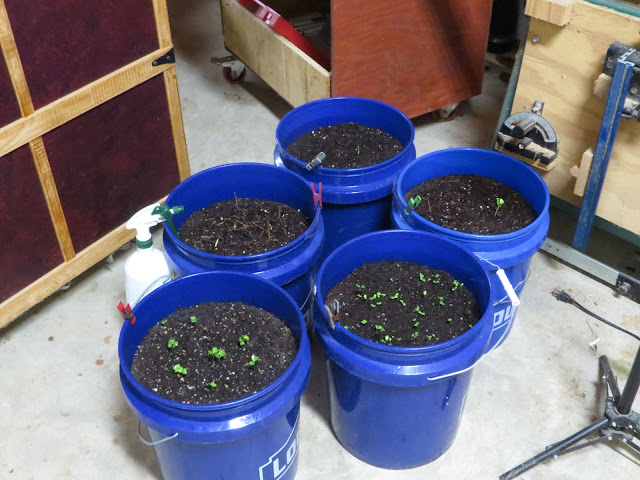 So what to do?

As the sun dropped yesterday, knowing what the night held is store for us, or rather the plants, we lugged buckets of tender plants into the barn where the overnight low was 56.

Since they will have to stay here now until at least mid-morning  tomorrow when it is supposed to warm up to tolerable levels again, we misted them down lightly and left them to hibernate under the brightest light in the barn.

Hopefully by the time we plant the next batch in a few days (In order to extend our harvest season we succession-plant 10 to 15 days apart.) the weather will have settled back into something that more closely matches the norms for this time of year.

Oh, and Mother Earth? If you're listening. We could use a little more sun around here too. 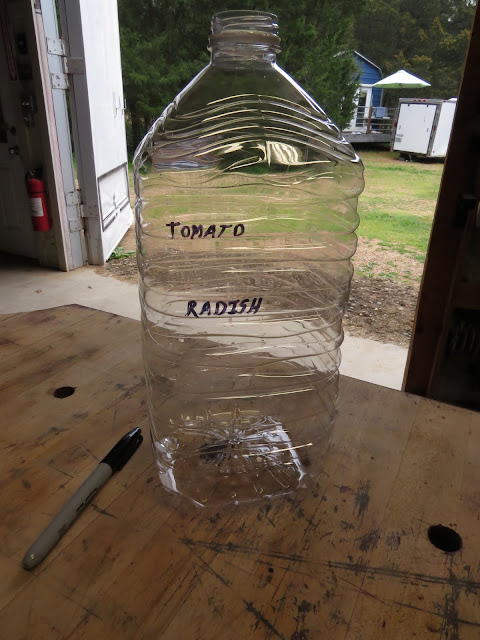 On a slightly less whiny note, what's one to do if they don't want to buy expensive plant-marker sticks? 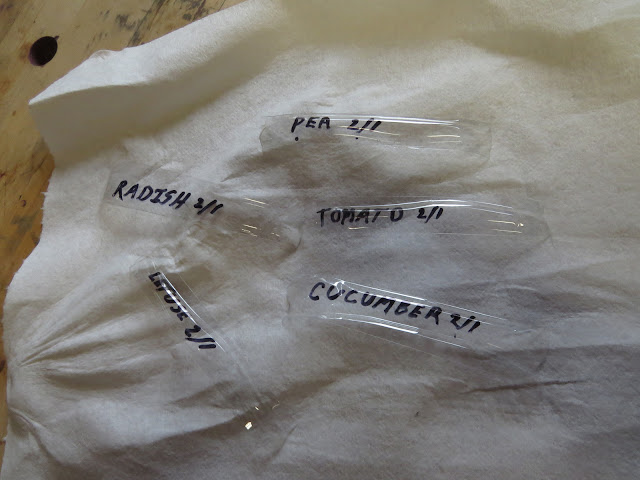 Intercept one of The Wife's water bottles on its way out to the recycling trailer and mutilate it!