We, The Wife and I, started something new last year. (New to us anyway) We use the e-library to download an audio book onto my phone and listen to it when we make our shopping trip to the city.

And some of the narrators of these books are pretty dang good! Switching voices and accents as they move from character to character, throwing in coughs and stutters, and hiccups and groans and shrieks and - well, with a good narrator it's like going to a play you can't actually see. (We have found ourselves checking for narrators, performers might be a more accurate description, rather than titles when browsing. . .)

I tried downloading a book for myself and listening to it while doing my laps on the property. But found I'd rather just listen to the natural sounds instead, but maybe I could use audio-books in The Van while driving some of those 12 hour days I'm prone to?

I never listen to the radio, nor to music CD's while driving, but I do have my Great Courses classes on CD that I listen to, 30 or 45 minuets at a time depending on the course, 24 to 48 lessons, again depending on the course. The current one is Human Prehistory and the First Civilizations and the next one waiting in the wings is The Physics of Archaeology, which I though sounded like a good pairing. (I'm also working through Introduction to Botany but that's DVD only so obviously I don't do that one while driving!!)

Anyway, I decided to give the audio book thing a try on one of my trips. And now that I upped my data-plan, doubling my data and getting carry-over of any unused data, while cutting $20 off the bill at the same time (Go figure. . .) I don't have to wait until I have WIFI to download an audio book. (E-books, of which I keep a healthy supply on my phone and read with a Kindle app, are small, audio books are big!)

My phone has a relationship with The Wife's car. In fact they get pretty intimate, to the point of being borderline creepy!

All I have to do is turn the phone's bluetooth on, which I guess constitutes foreplay, then when I get in the car they, car and phone, hook up and start probing each other. But The Van isn't such a slut. It has no interest in an e-hookup, of any kind, so I picked up a set of bluetoothed earbuds to try out instead. (With rather aggressive tires on the rear for traction on Forest Service roads, and the windage of a full-height van, even at my sedate 60 to 65 MPH, it's too noisy in there to rely on the phone's speaker.)

All of that previous clap-trap up above is a long-winded way to explain why, when I was prepping for the next of my pretty much annual trips to Michigan, a trip that takes a total of a little under 30 hours one way to drive, I burned up some of my data allowance and went looking for a book to listen to on the way.


So what's all this got to do with the need for raw meat??

Hold on, I'm getting there.

Our e-library is a consortium of 5 counties, but these are 5 rural counties with a population that doesn't quite total up to a small city's worth of bodies. That means the budget is small and the pickins are slim. They have a fair enough selection of titles, as long as you are content with popular authors, which is a lot like listening, over and over and over again, to the painfully limited and drearily similar selection on those "Top 40" radio stations, (Have I mentioned that I don't listen to the radio ever since Paul Harvey went off the air??) but there are only one or two copies of each and, just like real books, can only be loaned out when available. I have seen popular books with waiting lists up to 24 weeks long!

So I went browsing through the much more limited "available now" list, but found that books that looked interesting were books The Wife would want to listen to also, so, because our choices are limited and we can't afford to waste any of them, were off limits for solo listening.

Even though they both tend to figure heavily in the "available now" list, and have too much blood and action for The Wife's listening preference making them fair game for solo listening, I'm burned out on Jack Reacher type novels (Maybe if Cruise hadn't been involved in the franchise I might feel differently) or Patterson books, (I mean how many books can a guy write?! Even if he is only the co-author on most.) And, not being a) particularly political, b) interested in "celebrities", or c) much of an activist, I get enough non-fiction from my classes.

So (Drum-roll while we queue that standard Monty Python phrase, "And now for something completely different") I thought I'd try a different genera. After all Nora Roberts has produced a few halfway decent "romantic mysteries" suitable for mindless entertainment while driving.

Of course a name like Nora Roberts is not going to be found on the available list of our under-funded, backwater e-library, so I picked one by someone else that was listed under that genera. 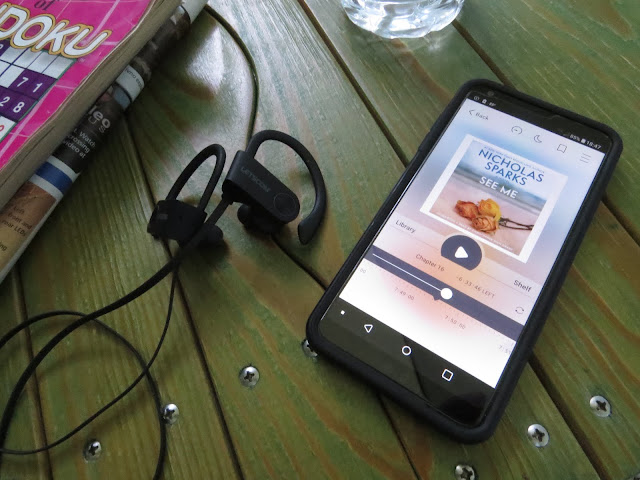 So how'd the experiment go?

In self-defense, about halfway through the 14 hour book I had to rip the earbuds off and throw them back behind me, safely out of reach until the next stop.

Sneaking up on me in plushly-slippered feet.

Gently embracing me in feathery swaths of encircling silk lightly scented with platitudes and flowery language.

But with one "palpitating heart sparked by his brief but oh so electric touch" too many, I realized that my testosterone level was being sucked low.

So low that I could feel residual estrogen worming worming it's way into my very core.

As if my man-boobs aren't big enough already!


So quick, somebody throw me a big bloody slab of raw meat so, with a guttural growl that will freeze the blood of every creature within - well, a few feet, I can rip a chunk off with my vicious man-teeth so I can start the process of restoring myself to my proper place on the gender scale, surreptitiously getting rid of the tissue tucked in my sleeve as I do!! 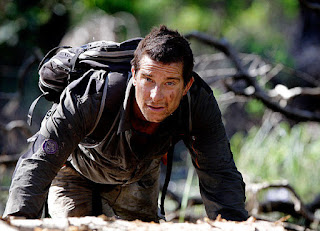 And yes, after a figurative session of running down my dinner with spear in hand and feral gleam in my eye, I did eventually go back and finish the book, but then ya kinda gota have ta don'tcha.

After all, even though you know the outcome before you crack that first page, it's still nice to actually hear them get together forever in the end. It sends that warm fuzzy fullness through your - - - Oh Crap! More Meat!! I Need More Raw Meat!