An Unusual Electrical Problem That Could Have Been Bad!


I didn't expect to be using any electric hookups when I took The Van up to Caprock Canyons for a week, but before leaving I plugged her into shore power anyway on general principal. Just to make sure everything was working just in case. (I'm not sure if it's OCD, perfectionism, or just plain skepticism, but I'm pretty sure it's an inherited burden trait.) 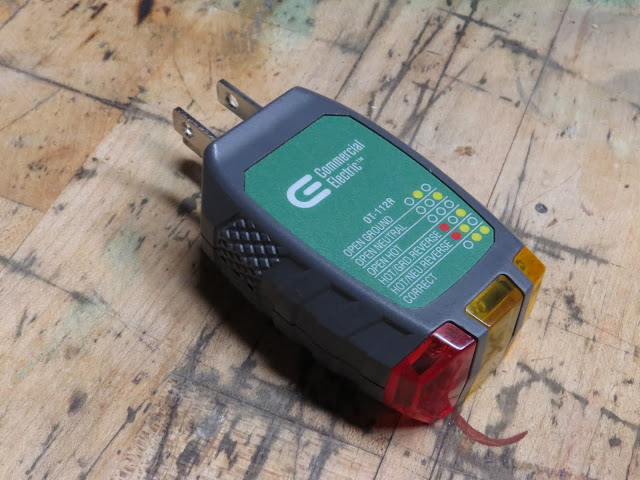 I keep one of those circuit testers plugged, more or less permanently, into an outlet in The Van and check it as soon as I plug in.

It ALWAYS says I have a correct circuit, but I check it every time anyway because always is not necessarily forever.

Like this time. . . when it told me I have an open ground. 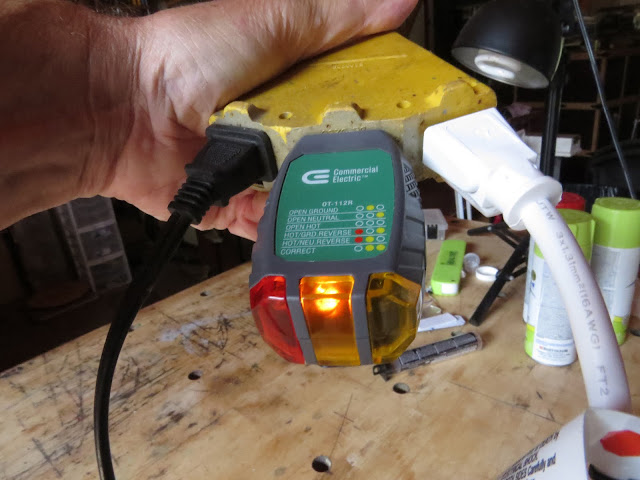 Before panicking I grabbed the tester and went into the barn to plug it in there.

After all, one possibility is that one of the little light bulbs in the tester had burned out.

And sure enough, even plugged into a different circuit I still only had the one amber light lit instead of the two I should have.

But just for grins, and because it's been ingrained in me that testing is only effective if it is thorough, I plugged into a third circuit. 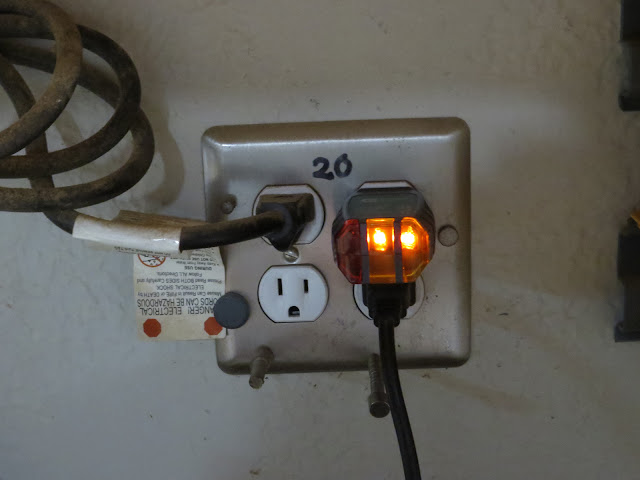 The light bulb does work.

Which means I have two separate circuits with an open ground. 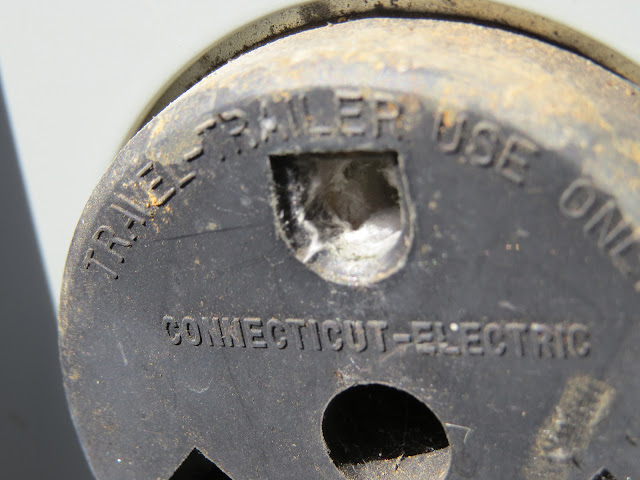 Solving the issue with The Van was pretty straightforward.

It was a matter of too much spider-web in the ground-pin socket of the rarely-used 30 amp outlet on the RV post next to where I park The Van. 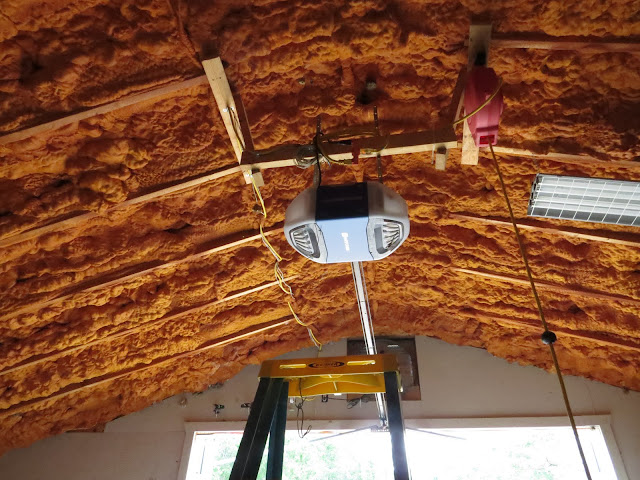 That circuit in the barn?

Well that was a little weird.

It's a solitary circuit with only two things on it. The opener for the barn doors and the recoil extension cord that hangs right there over my main workbench and gets used A LOT.

Because there is no proper ceiling in the barn to mount it on, the outlet for this circuit is actually over on the front wall and extended out to where I need it via an extension cord with a three-way splitter on the business end. 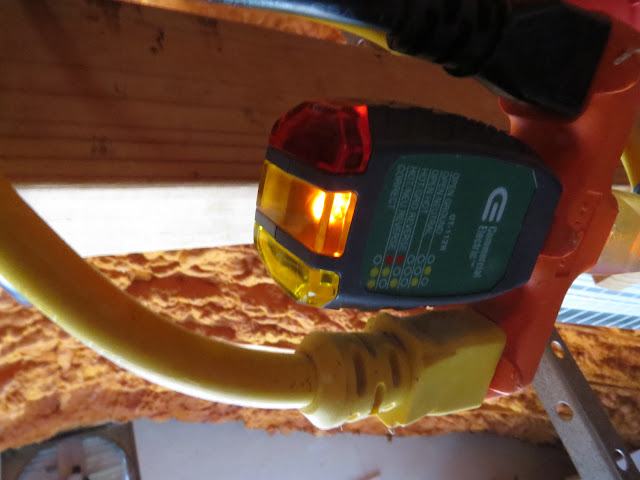 Before killing all the power and opening up the main electrical box where I figured I probably had a loose ground wire, I climbed up on a ladder and plugged the tester into the third slot of the splitter.

Well that was no surprise. No ground here either. 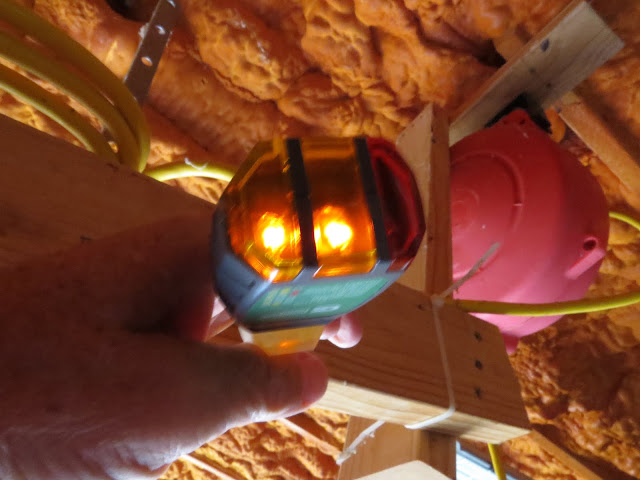 What was a surprise was when I pulled the splitter off and plugged the tester straight into the extension cord. 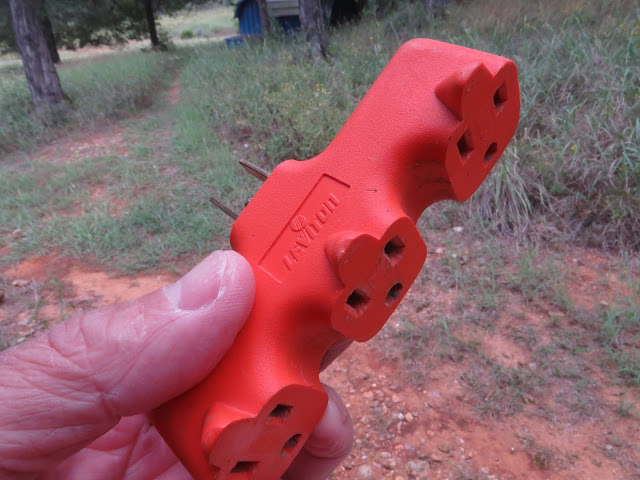 It was a surprise because I use these molded splitters rather than the cheap plastic ones since, once the rubber is injected into the mold and encasing the wiring, they are pretty much bullet-proof because  there's no moving parts and what parts there are are now fully immobilized in rubber.

The operative phrase here being pretty much bullet-proof. 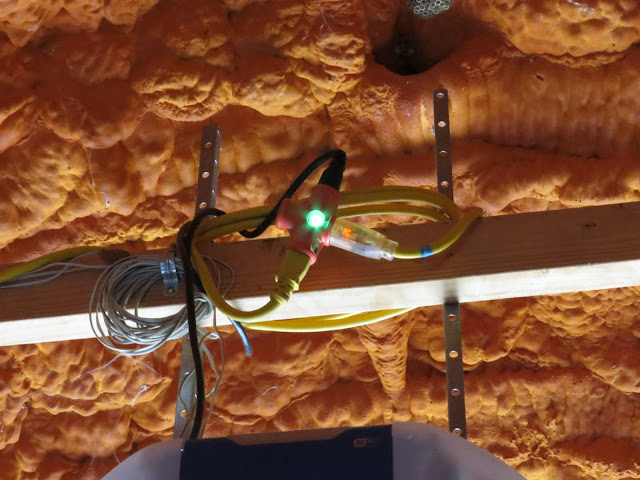 A rummage through my box of leftover electrical crap turned up another splitter which quickly replaced the faulty one.

But now I remembered why this one was in my box of crap instead of plugged in somewhere.

That damn green light on it is laser-like in it's intensity.  Even 11 feet up in the air in a 30 X 50 barn it could serve as a whole-barn night-light! 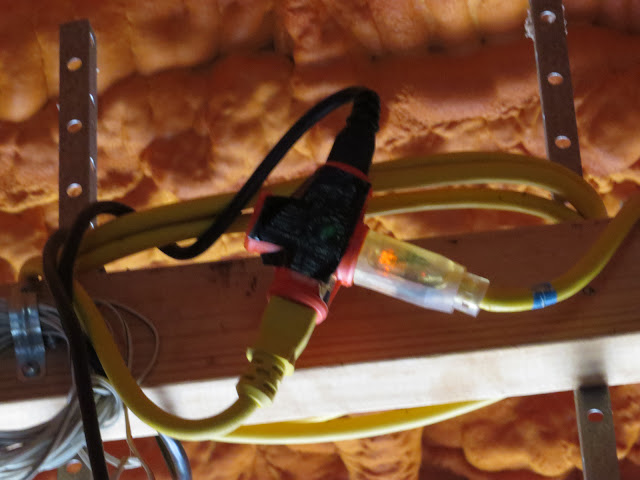 In fact, that light is so intense a little bit of it still shines right through the black duct-tape I put over it! 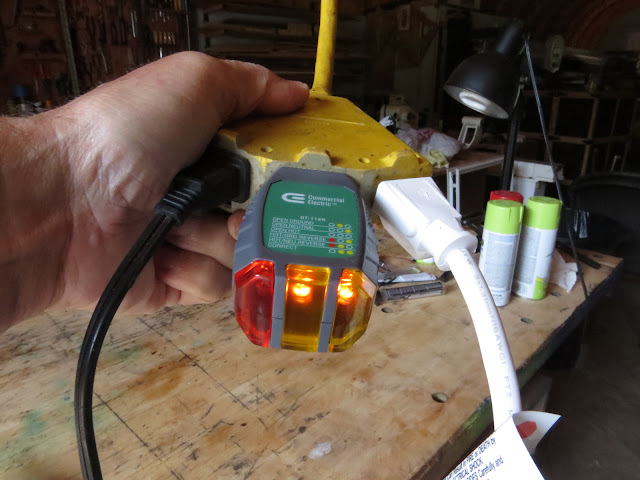 But at least now I have a good circuit at my workbench.

Of course having the red light lit, indicating either the ground and hot or the neutral and hot are reversed, is real bad. Like in kill-the-power-right-now-and-figure-out-what-went-wrong-before-someone-dies bad.

Because of the way AC electricity works, and the fact that they are tied together back at the main panel, either an open ground or an open neutral is bad, but not necessarily immediately fatal bad.

So then what was the big deal with having an open ground at the workbench?

Well that's where I plug in my soldering iron. My expensive soldering iron with a grounded tip that won't blow up sensitive electronics when soldering on them. Electronics like those found in $400 and up model railroad engines.

And believe me, it really sucks when you let the smoke out of expensive electronics, rendering them just useless bits of toxic waste that shouldn't be tossed into the landfill.