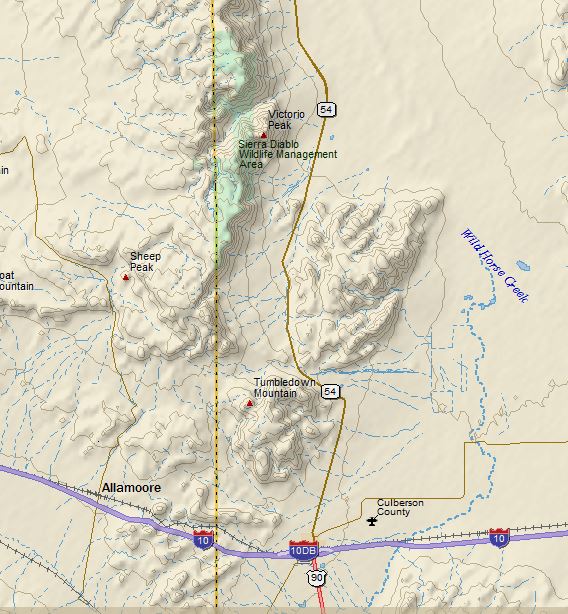 About an hour ago, after some 550 miles of I-10 to get here from the house, I was finally able to turn north at Van Horn Texas and leave the freeway behind in favor of SR-54.

Soon I was winding along Sulfur Creek as I slipped through the gap between the Baylor Mountains to the north and Tumbledown Mountain to the south, often slowing to 40 MPH to dip through the frequent low-water crossings as the highway hugs the terrain instead of bulling it's way through on cuts, fills, and bridges.

From Van Horn it is another 65 miles to the Guadalupe Mountains National Park and the Pine Springs Campground, my destination for today. 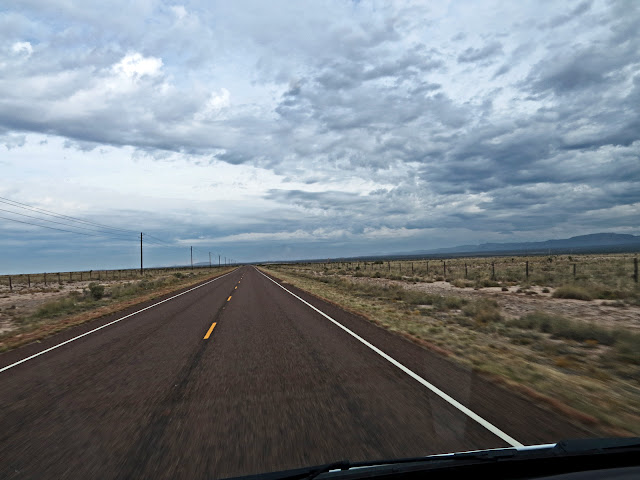 To some eyes this is desolate land out here.

Years ago someone I was convoying through the area with (What? - You didn't think I would actually be traveling in the same vehicle with someone else did you!?) got out of their vehicle at the end of the day and said "Well that was a whole lot-a-nothin!"- and they didn't mean it in a good way. 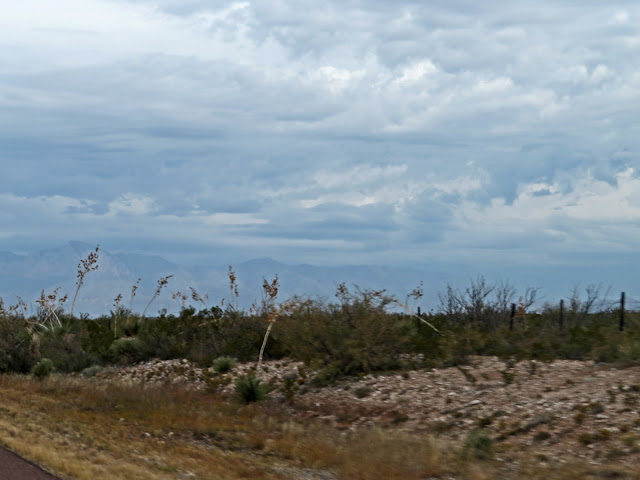 I don't see it that way. As I roll for miles up this wide valley past Baylor Ranch on the east and then later Sierra Diablo Ranch on the west, I look out at this mix of scrub and grass land framed by mountains to my right, 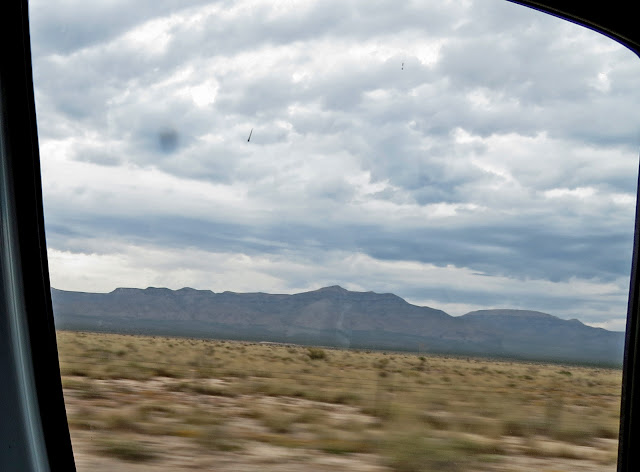 and more mountains to my left, and see a kind of purity, an honesty of peace and simplicity. (Even though I know the eco-system out here in the Chihuahuan desert is actually quite complex.)

I can actually feel it injecting a calmness, a serenity, into my soul as the lonely miles roll by. (in the past hour nobody has passed me going south and a single tank-truck in more of a hurry than me has passed going north.) 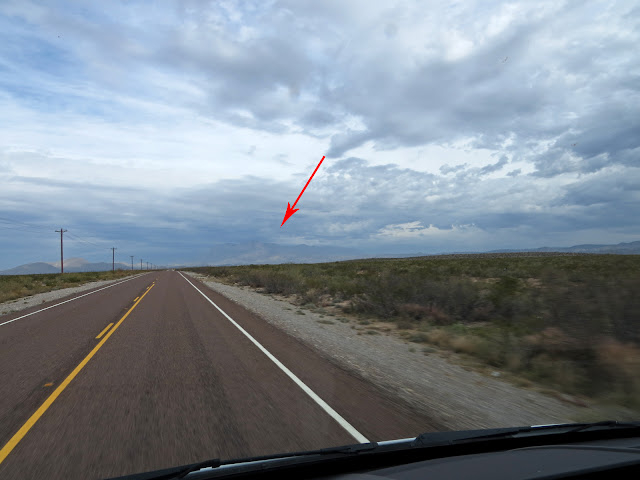 It's definitely not a clear, sunny day but up there on the left, just behind that first power-pole, I get a glimpse of a bit of sun on a distant peak.

But wait. do those clouds out there on the horizon just to the right of the road seem a little more solid than they should be to you? 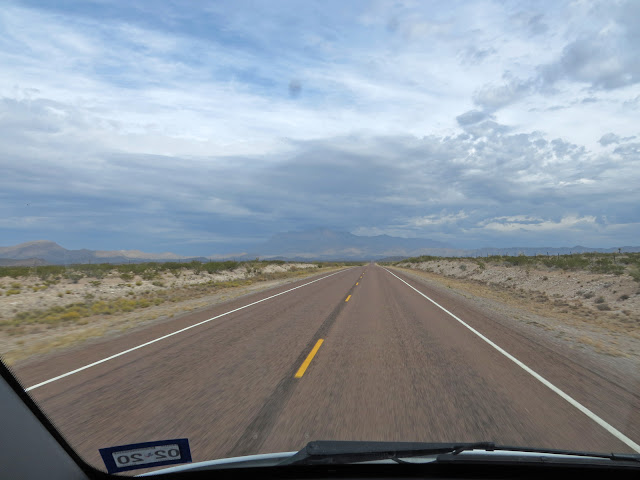 Yeah, you know, I'm not sure that those are clouds up there at the end of the road at all!

The vertical, south-facing wall of El Capitan right there in the center -- way up there in the center -- and Guadalupe Peak just behind and to the left of it are the southern end of the Capitan Reef. A 40 mile long remnant of a reef that formed in the shallow waters of the Permian Sea hundreds of million years ago and have fairly recently, 66 million years ago, been thrust high, really high apparently, and subjected to the forces of erosion.

And I'm supposed to be going up there!?

What was I thinking???