Running down the Numbers


I'm one of those people that likes to keep track of things. It's probably the engineer side of me. (And yes, I'm aware that it borders on being a disease.)

I keep spreadsheets for electrical usage and costs, monthly rainfall totals, water usage, (Yes, we are on a well but 10 years ago the county forced us to register our private wells. They haven't done anything with that register yet but I don't trust most people let alone government entities, so we installed a certified water meter of our own and have been keeping track ever since.) and a couple of other things I keep track of are The Van costs as well as trip costs.

That means I have a spreadsheet detailing  all the maintenance expenditures for The Van as well as each and every fuel-fill from mile 471, when I took possession of her, through to the latest fill-up at 82053 miles.

I also keep a separate spreadsheet covering the salient points of each camping trip I take in The Van.

During my Guadalupe Mountains National Park - Coronado National Forest trip I drove just under 2200 miles (That's about a 1000 miles less than one of my Michigan reunion trips) and spent just over $400 dollars all told. (I don't count food because I would have spent the same money on it at home.)

The next biggest chunk was the $92.50 I spent on the 12 paid campsites I stayed in with the most expensive ($10 per night) being at Bonita Canyon in the Chiricahua National Monument and the least expensive, not counting the free boondock sites, were a number of $5 per night Forest Service campsites.

(If I was a RV park and resort traveler, figuring a modest average of $36 per night for a hook-up site, my trip-cost would have been jacked up to about $830 with site-cost taking the lead for largest chunk.) 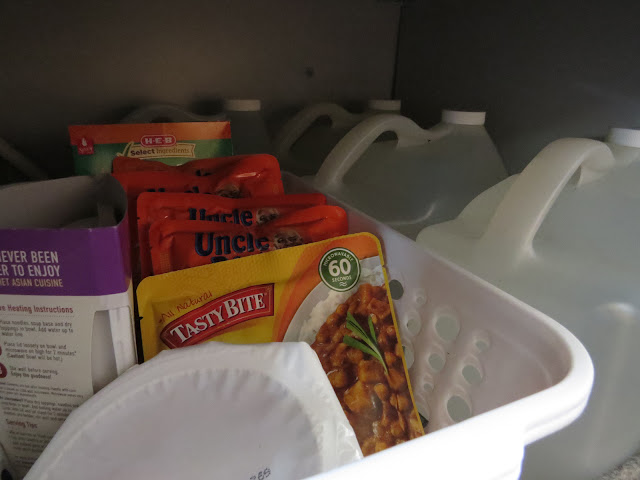 In addition to my 10 gallon potable water tank I also carry 4 gallons of Berkey-filtered rainwater for drinking.

I start each trip with a full complement of water on board (This includes an additional 6 liters spread between my backpack and the four 0.7 liter water bottles I carry in The Van.)

On this particular trip I went through all four gallons of filtered water plus most of an additional gallon of bottled water I purchased along the way. 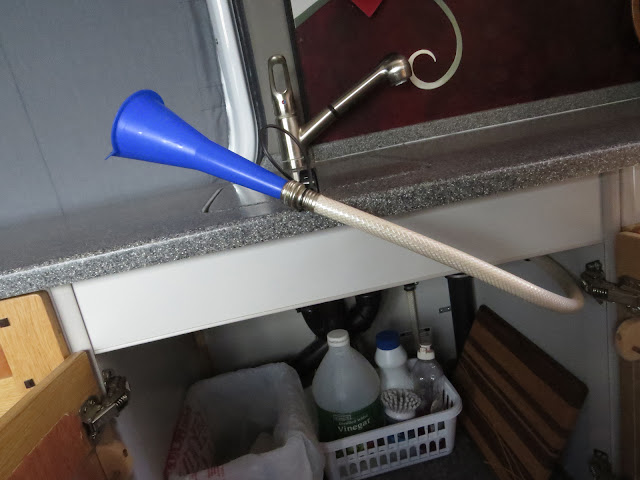 I also added 4 gallons of water to my 10 gallon potable tank during the trip. (Of course the tank was full when I started.)

For this, in addition to the traditional pressure "hose-fill" which I very rarely use, I have a gravity-fill in the form of a tube tucked up under the sink with a funnel cut down to fit tightly into its end. By the time I need to add water to this tank I've typicality emptied at least two of my filtered-water jugs and I use those to haul water for the tank.

Hauling water two-by-two allows me to carry a balanced load from wherever the potable spigot is back to The Van. (I once worked a job where we spent our days visiting various customer sites with heavy tool-bags and one of my coworkers screwed up his back by always carrying the bag in the same hand, creating an unbalanced load.)

By the time I got home I was down to about a third of a tank (potable water) and one partial jug of filtered water. (I always keep the backpack filled so it's ready to go as well as the four .7 liter bottles because, in addition to being my daily "drinkers", they also act as my emergency reserve, so all that stuff was still full when I got home.) So for the trip I went through about 5 gallons of filtered water and about 11 gallons of potable water. 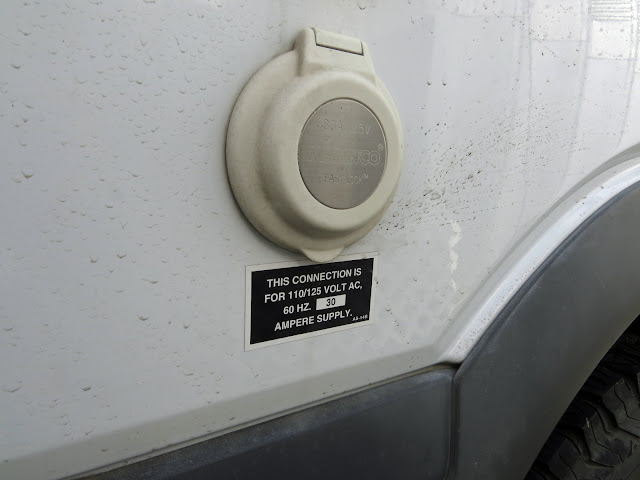 Which isn't unusual. This trip I never stayed anywhere that I could plug in, but even when I do, I usually don't bother. The last time I stayed on a "hookup" site and actually hooked up was back in November of 2016. It was a Texas State Park with no choices other than hookup sites, and since it was cold and I had to pay for the electric whether I used it or not, I plugged in to take advantage of my small electric space-heater to take the chill out of The Van in the morning.

Even with a few shady (As in lack of direct sun, not shady as in sketchy neighborhood. . .) campsites thrown in to make things interesting, the 21 day trip was entirely solar supported. 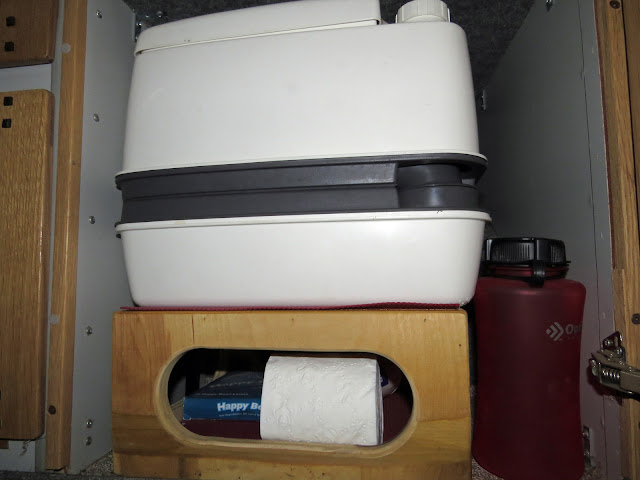 As for the toilet - I never touched it.

My dedicated pee-bottle, (Eewww! Of course it's dedicated!) tucked in there on the right, got a workout, but all other business was conducted at available campground or public toilets, so my little portable toilet came back as clean and dry as when it left.


So there's my numbers for the Guadalupe Mountains/Colorado National Forest trip.


Not that anyone but me really cares. . .