I first started going to Pedernales Falls State Park in the 1980's.

Back then you could drive right in, snag a campsite for the asking, and hike all except the uber-popular falls area without running into anybody else.

Of course, back then the population of Austin, the nearest city, was 350,000 and it hadn't yet made any of those "best of" lists that are the death knell of any place that makes such a list. The music scene was just starting to ramp up - in a local sort-of-way 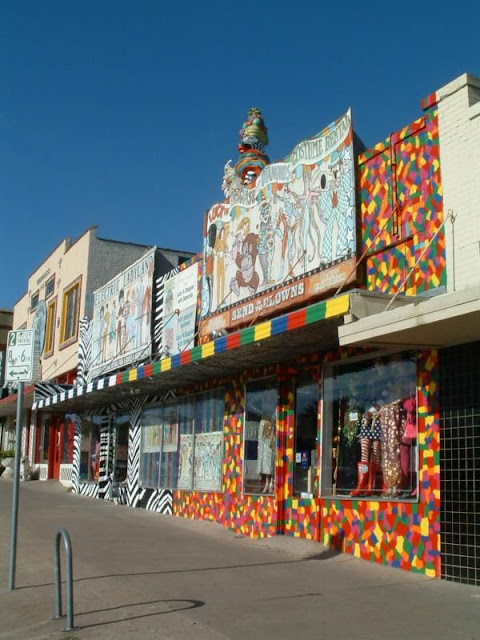 and the combined marketing and tourism catchphrase "Let's Keep Austin Weird" was still 20 years in the future because nobody was trying to change the city yet. 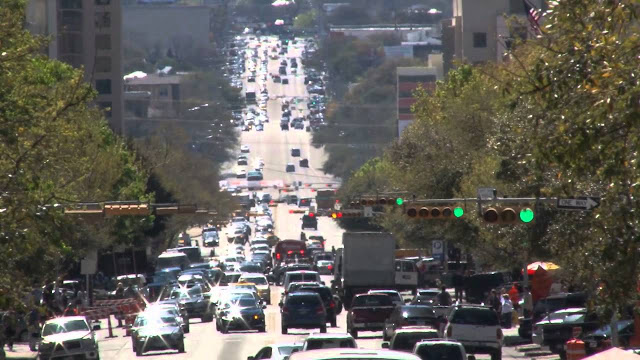 Just this morning (Feb 4 2021) I heard that population of Austin has broken the 1,000,000 mark. Housing is scarce and unaffordable. Despite a whole new system of toll and ring-roads, computerized signals, and a voter approved "transportation plan", traffic is horrendous. And every tiny little rural community within 30 miles is now a bulging suburban satellite saturated with "developments" and cookie-cutter shopping "opportunities". 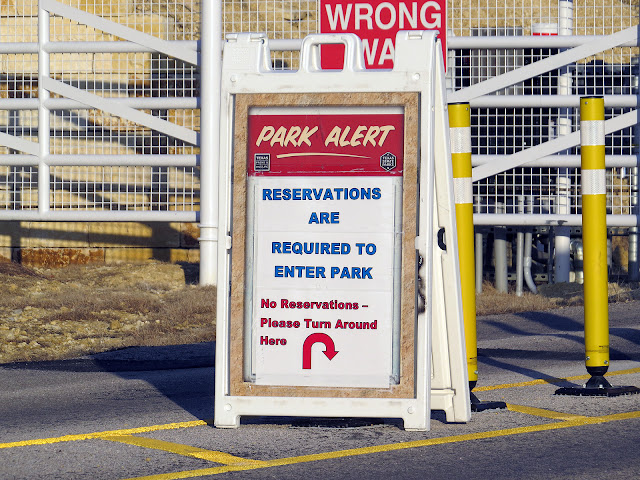 Oh, and these days if you want to get into Pedernales Falls State Park, a much-too-close 40 miles away from the city, even for just a picnic and a quick look at the falls and a picnic, you better have booked your slot well in advance. 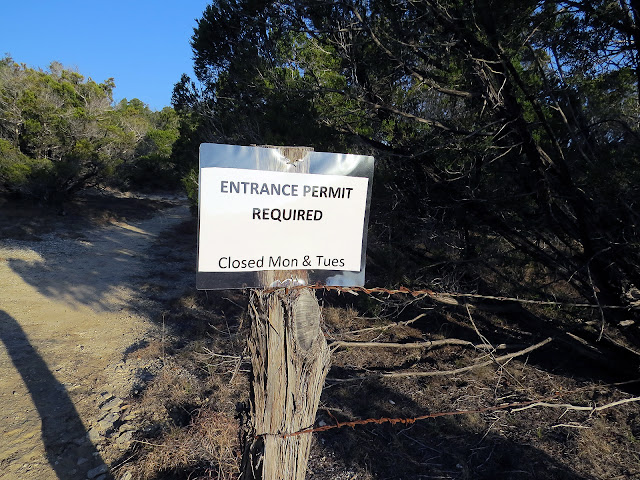 In fact, though it isn't mentioned on the web site at all, because that would make too much sense, the park is closed to all except campers on Mondays and Tuesdays. Which is a bonus to the registered camper that likes hiking solitary trails, but kinda sucks if you're one of the many service industry workers who's weekend is Monday and Tuesday. 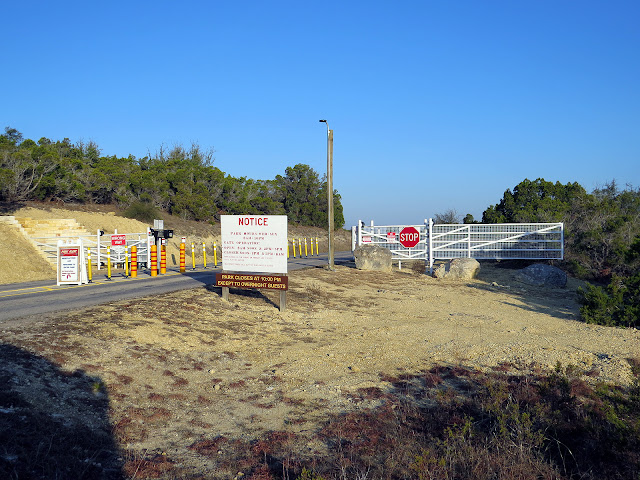 Also, because it too is not mentioned anywhere on the web site, your first warning of  this fancy new gate across the road about a half mile into the park and still some three miles from the headquarters building, is when it looms up in front of your windshield. 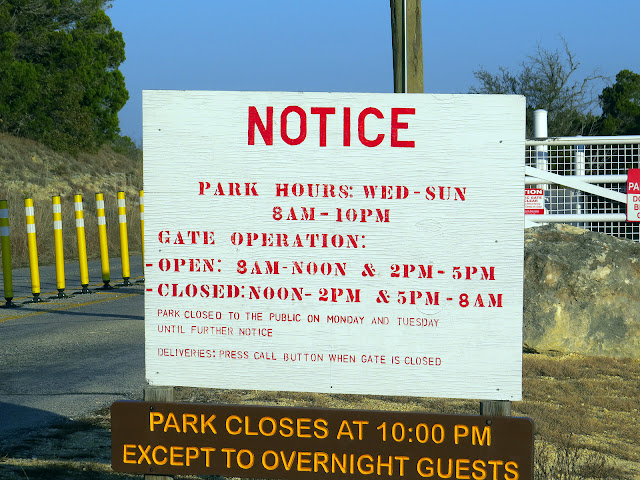 Nor is there any warning on the web site about the fact that, reservation or not, you can't get into the park between noon and 1400.

Just my luck, I turned up at 1215 intending to park at one of the many trailheads for a short hike before occupying my site sometime after the 1400 check-in time. Instead I wasted the early afternoon waiting in a growing line of cars and RV's for the gate to open, then listened to the ranger directing traffic at headquarters act all surprised that so many vehicles were pouring in all at the same time. Well duh you doofus! What the hell did you expect?! 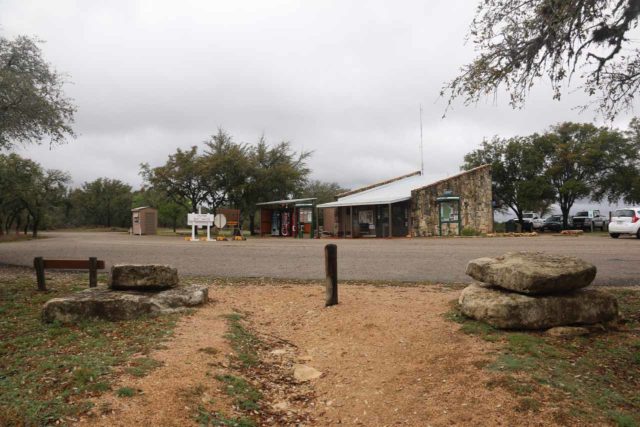 And fair warning for these COVID times. Despite pre-registering and printing out a bar-coded windshield pass, this is another of the parks where you still have to actually go inside the headquarters building and be checked in. (They threw my pre-printed pass away and gave me another. If I'd a known that I'd a saved the paper by not printing the dang thing in the first place.)

To be fair, they have installed a PA system and you wait outside until invited in. But on the other hand, despite the sign outside saying only one group at a time in the building, there are two check-in stations and both were in use, in a rather small space to boot! Fortunately everyone was masked and the process is quick so I was out of there in well under the 15 minute exposure time the CDC warns about. 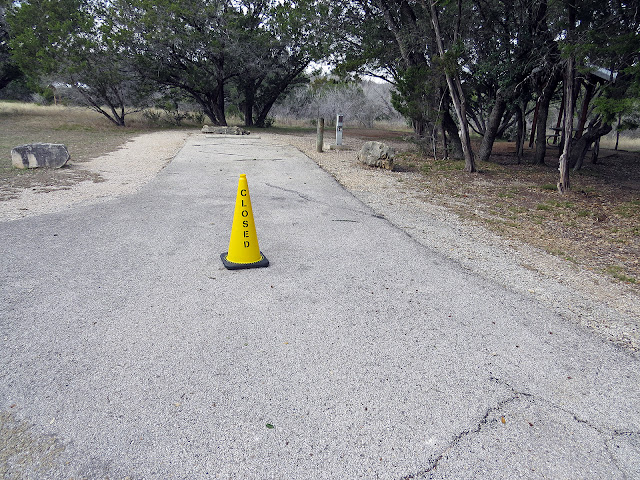 The park still has the same 58 campsites today that it had back in the 1980's,

but back in 2017 the park closed half the coveted campsites while they tore down one of the two bath-houses in order to build a new facility in it's place. Well the new bath-house was completed sometime in late 2018 (I have yet to go inside it though) but they never did open up the closed campsites. Pre-COVID I thought it was because they were now going to tear down the second bath-house and redo it, though there has yet been no sign of that happening. Currently the excuse is COVID regulations which have this park, because of it's proximity to a large urban area with high rates of infection, operating at 50% capacity.

Now, if you were a logical thinker, you might expect to find every other site closed during these pandemic times in order to space the campers out, but if so your expectations would be shattered.

The sites to either side of mine, and for two more sites on down in one direction, were open and occupied, while a matching block of 5 consecutive sites just a little up the way in the other direction were all closed. The sites, even those adjacent to each other, are well spaced out so it wasn't like we were camping on top of one another, but still - - - Then again, maybe there is some of that new-math kind of logic behind the pattern of closed to opened sites that I just don't understand. 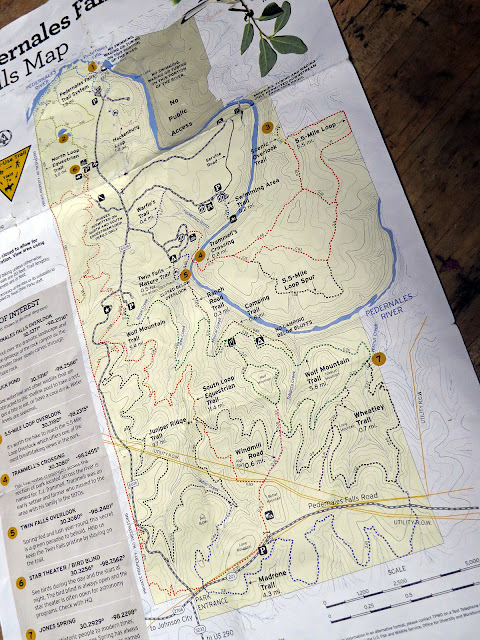 So does all this mean you should give this park a pass these days?

Though nowadays it does require advanced planning, and close attention to the gate schedule, assuming you know it, this is still a great park. Maybe not my favorite anymore, though that's in part due to the hassle of getting through the urban sprawl to get there, but it's still a park worth visiting with its 50 some miles of trails and a lot of history. (though you have to dig out the history on your own as there are pretty much - well, zero, info-plaques around the park) In fact there are more trails today than when I first started coming out here with the fairly recent (within the last ten years) addition of the 10 mile Juniper Ridge and 4.5 mile Madrone Trails. 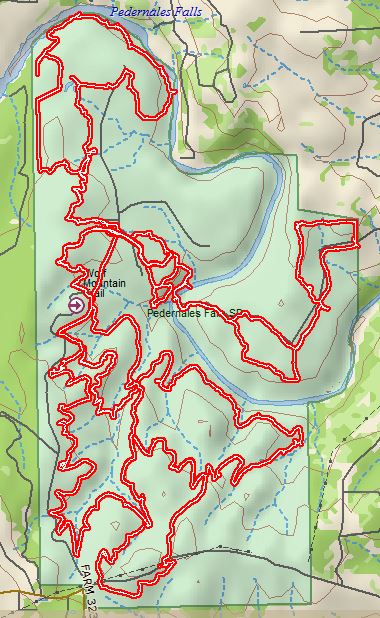 Over the next few posts I'll drag you along on some of last week's hikes in this park.